What happens when you put in a blender a Gossip Girl-themed story set in a Jane Austen mood, throw in some Kardashian flare, and up some diversity for wokeness? You get Bridgerton! That’s right, here, we are ranking the top 10 best Bridgerton Episodes. This Regency-era romantic drama show has a lot of things in it.

Developed by the same woman who created Grey’s Anatomy and Inventing Anna, Bridgerton tells the story of a couple of siblings that try to make their way through the gossips of Londonian Regency-era prudishness. The episodes are narrated by Dame Julie Andrews and are chock-full of fun. Now, without any further ado, let’s take a look at some of the best chapters of this Shonda Rhimes series. 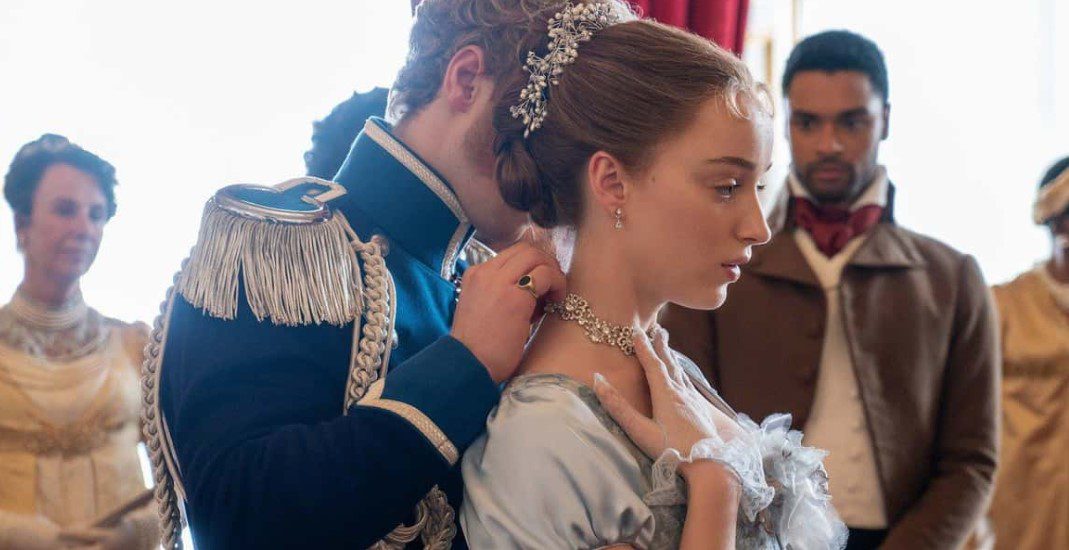 Bridgerton is developed by Shonda Rhimes.

Seventeenth-century London’s Regency era provides the setting for the Bridgerton siblings’ search for love and friendship as they navigate the city’s social circles and meet new people. Lady Whistledown, an anonymous London newsletter writer with access to every bit of information the city has to offer, is narrated by actress Dame Julie Andrews in each episode, and her narration is featured prominently throughout the show.

As the argument between Simon and Daphne rages on, the latest publication by Lady Whistledown prompts Daphne to come to London. Eloise continues to search for Lady Whistledown in an effort to convince her to return the Featherington name to its rightful owner. Later on, Colin and Marina’s rendezvous with Daphne is escorted by a chaperone. If Daphne isn’t really pregnant, Simon resolves to live a separate life. Eloise’s progress in discovering Lady Whistledown is making the Queen impatient.

Because of Marina’s disgrace, the Queen excludes the Featheringtons from her luncheon. Having decided to help Marina, Daphne joins Lady Danbury at a party for married women of such ton, wherein she seeks to locate Sir George. In Daphne’s investigation, she discovers why Simon is reluctant to have children. It occurs to Eloise that the most likely candidate to be Lady Whistledown is none other than Genevieve. Marina faints while attempting to abort her pregnancy. Lastly,  Daphne weeps in her mother’s arms during the opera because she is no longer pregnant, and Simon overhears her. 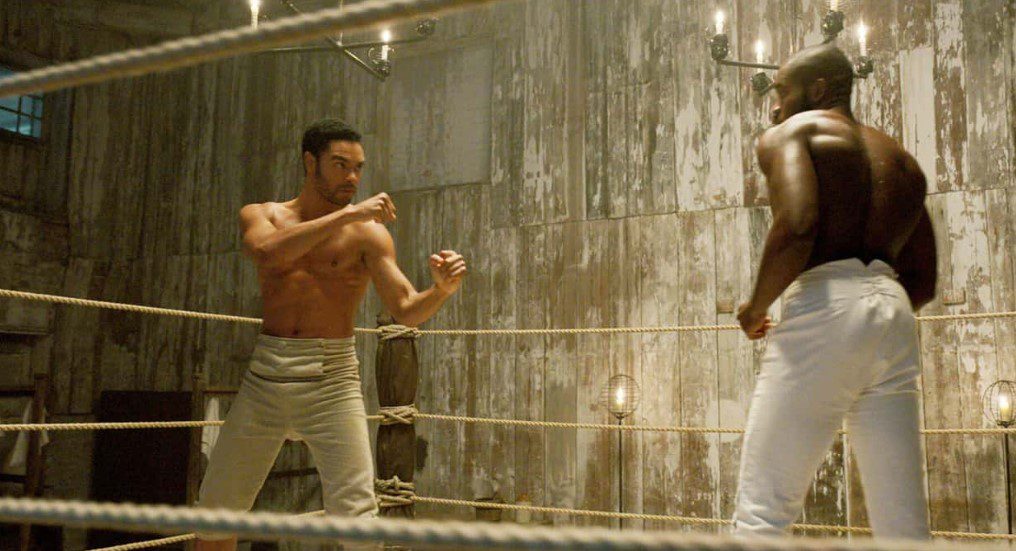 Simon’s traumatic early life is revealed through flashbacks. Simon’s nasty father shunned him after he learned of his stammer after his mother died giving birth to him. Lady Danbury came to his rescue, helping him overcome his stutter and overseeing his schooling. While lying on the hospital bed next to his father, Simon makes a vow to his father that he will never have children. It is now, however, that the Queen is becoming increasingly irritated by Lady Whistledown’s publications.

Penelope Featherington and Eloise Bridgerton are unsure how to become pregnant. Sir George Crane, a British soldier, serving in the Spanish Civil War, is the father of Marina’s kid, whom she has revealed to Penelope. Despite Simon and Daphne’s success, Anthony remains displeased. Later on, Berbrooke gets a marriage license for Daphne and threatens to damage her reputation after Simon informs Anthony what Lord Berbrooke intended to do to Daphne. As a result of Lady Bridgerton’s intervention, Berbrooke has to leave London due to a controversy. 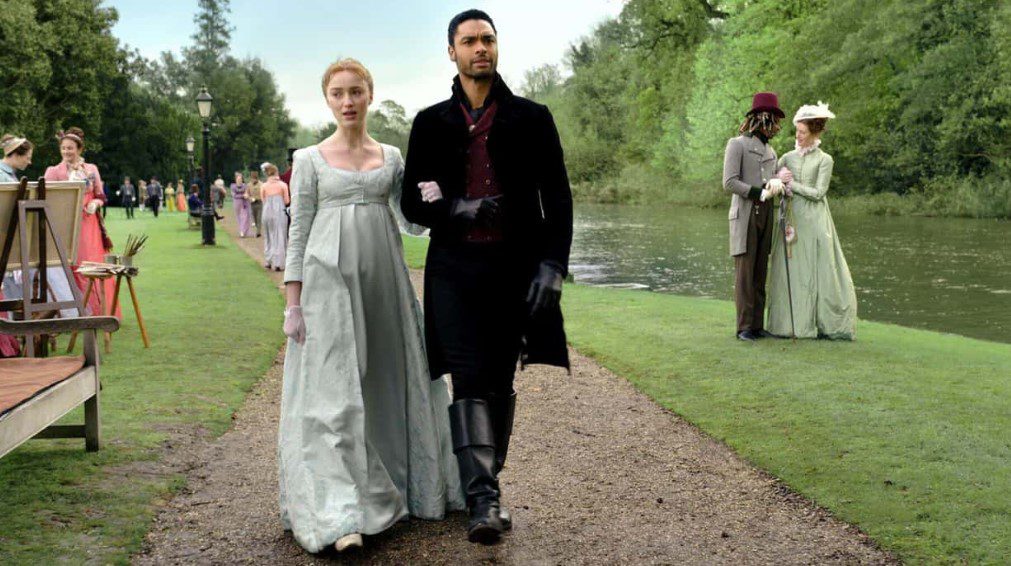 Shook and Delight corresponds to Episode Two of the Debut Season

During the beginning of the new socializing calendar, a strange and anonymous presence known as Lady Whistledown comes to light. Daphne Bridgerton’s beauty is praised by both the queen and herself, but her older brother, Anthony, scares away suitors.

When Marina Thompson first appears on the scene, she immediately draws a large following. However, she is unable to leave the house due to her pregnancy. Angry with their current situations, Simon Bassett, Duke of Hastings, and Daphne resolve to pretend to pursue each other in order to make him look unavailable and desirable. Despite the episode’s use of cliches, it sets up an intriguing notion for the remaining episodes of the season nonetheless.

Diamond of The First Water corresponds to Episode One, Season One

In Clyvedon for their honeymoon, Duke and Duchess Simon and Daphne spend a lot of time together, both romantically and sexually. Mrs. Colson’s housekeeper, Daphne, has a hard time getting along with her. Marina and Colin’s family are shocked when they hear about the engagement news. In the village, Daphne and Simon get to know the people. In an attempt to derail the engagement, Penelope confides in Colin that Marina is in a relationship with another guy.

The Bridgerton ball begins to fill Aubrey Hall with guests. Edwina urges Kate to spend some time with Anthony, believing that Kate’s opposition prevents Anthony from proposing. During a hunt, Kate and Anthony had another sexual encounter. During his visit to Lady Crane, Colin meets her new husband, the Earl of Wessex. Despite the fact that her marriage isn’t going well, Marina tells her husband to move on. Despite her best efforts, Daphne remains dubious of Edwina’s suitability for Anthony.

They are ignored by the ton, despite their best efforts, the Bridgertons and Sharmas, and Lady Danbury. While accusing Eloise of becoming Lady Whistledown, Queen Charlotte sets a deadline of three days for her to confess or face retaliation against her family. Penelope, fearing for Eloise’s safety, writes that she has seen Eloise socializing unsupervised with political extremists. Everyone at the Bridgertons’ ball misses the news since it further embroils them in scandal.

4. Art of The Swoon — Directed by Tom Verica — Script by Leila Cohan Miccio

Daphne rejects many marriage proposals as she and Simon become closer. Until George responds, Lady Featherington needs to match Marina once more. To display her authority over London society, the Queen plans to pair Daphne with her nephew, Prince Friedrich of Prussia, an attractive and compassionate man. According to Lady Danbury, Simon must either propose to Daphne or move aside for a better match. Daphne’s ruse with Simon has to be called off. He believes Eloise to be Lady Whistledown, Benedict Bridgerton. Anthony wants to rekindle his relationship with Siena, but she rejects him.

Art of The Swoon corresponds to Episode Three from Season One

3. An Affair Of Honor — Directed by Sheree Folkson — Script by Abby McDonald

Friedrich and Daphne’s relationship is still going strong, and they have similar ideals and goals for the future. Before he can say a word to her, she exits the scene. Before her older brother can challenge Simon to a duel, Daphne’s younger brother Anthony catches them kissing and dares Simon to a duel. Daphne is acutely aware that someone may have observed her and Simon within the garden and that she has the power to use that information to harm her own image.

When she begs Simon to marry her so that she can keep her good name, he responds by telling her that he can’t have kids, which is exactly what she wanted to hear all along. She decides to marry him nonetheless because she loves him, and she’s afraid of what people will think of her if she doesn’t. In this episode, the “will they or won’t they?” question is finally answered, yet things are once again uncertain. 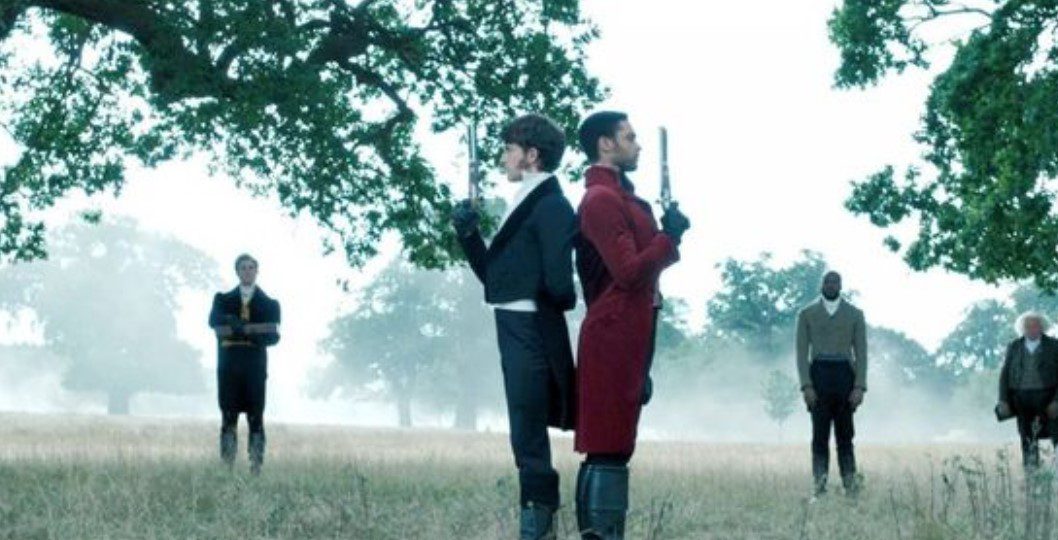 An Affair Of Honor corresponds to Season One Episode Four

2. After The Rain — Directed by Alrick Riley — Script by Chris Van Dusen

He perished in battle, so Marina hadn’t seen him for quite some time now. When his brother shows up, he makes Marina an offer she can’t refuse: he’ll marry her and be the father of their child. In spite of the social backlash, Anthony decides to go public with his relationship with an opera singer.

At the last moment, she ends their relationship, leaving Anthony brokenhearted and depressed. When Mr. Featherington gets into financial difficulties due to gambling, he is killed. When Daphne declares her undying love for Simon, the couple decides to stay together and have a child. Season one finished with a bang for the show’s lead romance, but other characters were left hanging, setting the stage for future storylines.

After The Rain corresponds to Season One, Episode Eight

1. The Duke And I — Directed by Sheree Folkson — Script by Joy C. Mitchell

As a result of the Queen’s displeasure, Daphne and Simon are denied a special license for their project. Friedrich makes a final stop at Daphne to say goodbye. Even though moderator Genevieve Delacroix pretends to have left town, Anthony intends to take care of Siena. Penelope’s jealousy of Colin’s devotion to Marina rises as the Featherington family’s financial woes worsen. In a showdown, Cressida and Daphne square off. Sir Henry Granville extends an invitation to Benedict to attend a banquet. Marina is ordered by Lady Featherington to remove Colin from the story. In light of King George’s deteriorating health, the Queen is inspired by Simon’s earnest plea for an early wedding.

The Duke And I corresponds to Season One, Episode Five

With this, we arrive at the conclusion of the best Bridgerton episodes. You can watch the show on Netflix. We hope you enjoyed our countdown, and please keep coming back to Otakukart for more daily updates on this and all your favorite Netflix series. See you soon.

Also Read: Who Is Simone Ashley Dating? All About The Bridgerton Star’s Personal Life