In contemporary times, talks about mental health and self-care have increased as the youth shines a light on such topics through social media platforms. Mental Illnesses have been brought into conversations and spaces as more people become aware that taking care of one’s mental health is just as important as physical health is.

Representation of mental health in media has also become more prevalent as creators want to either portray their own stories or help spread awareness, and sometimes both. Anime may be known for stories of adventure and action, but there is a side to it that tends to be the softer side of the human mind. If you have been feeling sad or a little low on the side lately, anime can sure cheer you up or make you understand depression more – so we have compiled a list of anime that might help you feel better a little or be a cathartic experience:

With a speculative twist, Orange is a romance/high school drama. Naho Takamiya, sixteen, finds a note from herself from ten years into the future, telling her to look for a new transfer student named Kakeru Naruse, who would become one of her friends. She has to tread carefully now while making decisions that involve Kakeru as she finds out that he is not around in the future. 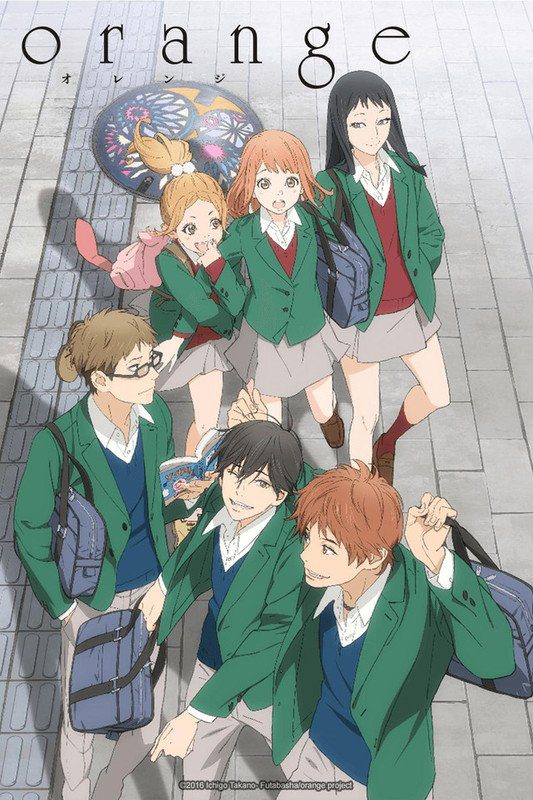 Though the future Naho has found happiness, she has many regrets about things she wishes she had done differently when she was younger. The series is a tearjerker and can be cathartic as we watch Naho open up as a person to help the one she wants to save desperately. Without claiming that friendship and love are all a person needs to recover from mental health issues, the anime manages to demonstrate the healing power of friendship and love.

Childhood trauma and existentialism are explored in Evangelion. The story is told through the eyes of Shinji, a 14-year-old boy who is forced to pilot an Eva. Shinji is a lonely kid who exhibits melancholy and anxiety symptoms right away. He is not always the optimistic protagonist as most shonen leads are, and he feels like he’s being a burden. 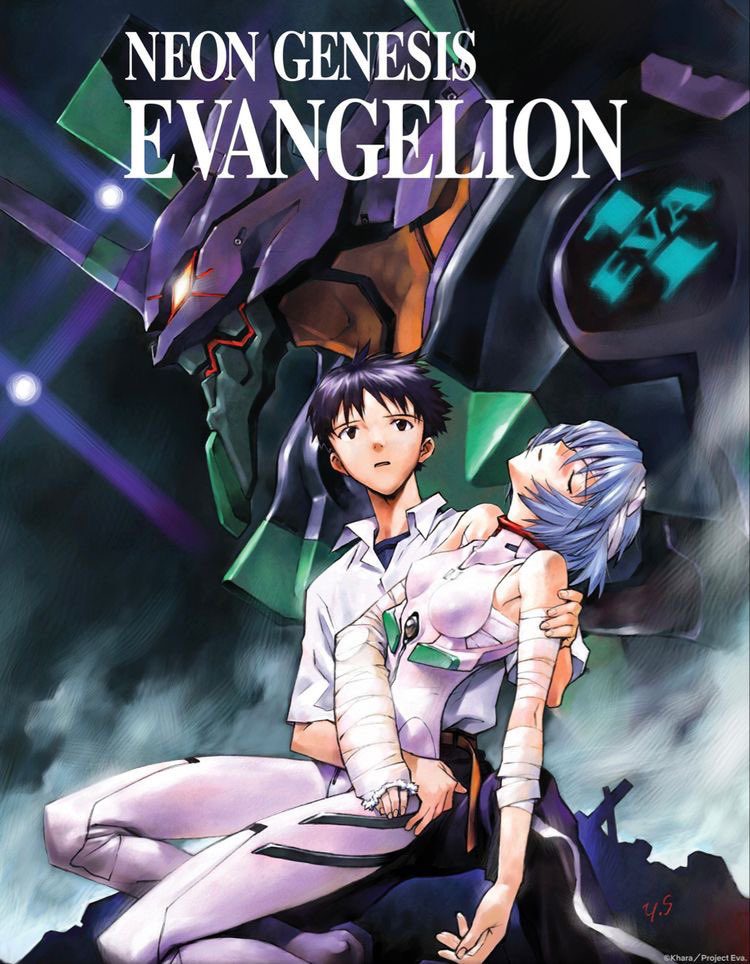 Evangelion subverts not only shonen cliches but also portrays mental illness in an original way. It portrays that the truth is that battling depression is no nobler than forcing children to save the planet. Although the premise of the series might be on the sadder side, many people who have watched the series state that it feels like closure to see their own problems being noticed and represented.

One of the most hopeful and inspiring series to exist is Haikyuu. It is an anime that revolves around Hinata, who falls in love with volleyball and wants to achieve his dream to become like the legendary short volleyball player “the small giant.” Haikyuu! is about friendship, teamwork, and what it means to go past your limits — concepts that can be applied to life as well. The message that is continually delivered throughout Haikyuu!! is one of inspiration. 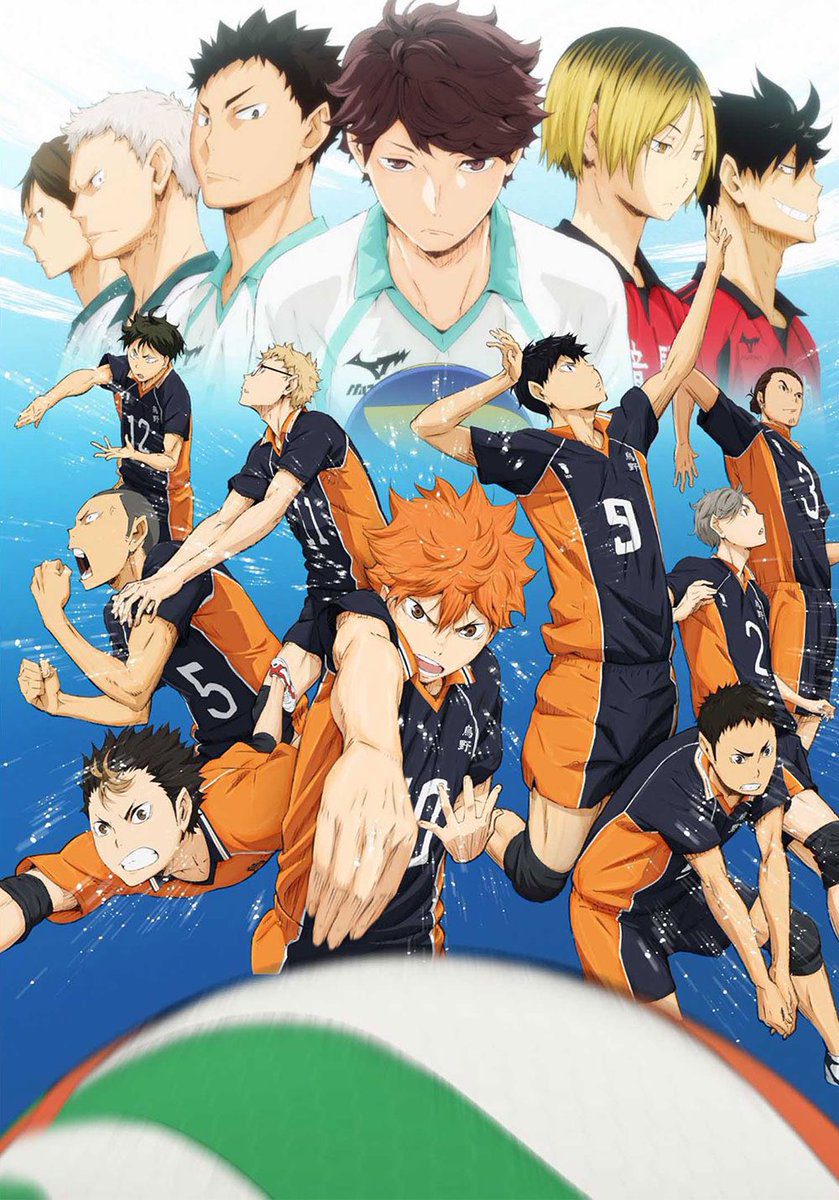 Regardless of the difficulties that each of the characters faces throughout the story, they always find a way to overcome them. In coach Ukai’s words, “Volleyball is a sport where you’re always looking up” similarly, even when life beats you down, you should always look up to better times. It’s okay to feel devastated but keep your head high, it only makes you human.

A story is told about two young artists, one who is just beginning his professional career in music and the other who is seeking to rekindle the passion he lost as a result of the disillusionment that comes with adolescence. Sato’s real naive desire to learn to play the guitar and become a musician rekindles Uenoyama’s passion for music, which he had lost. The anime is more complex than most people know. 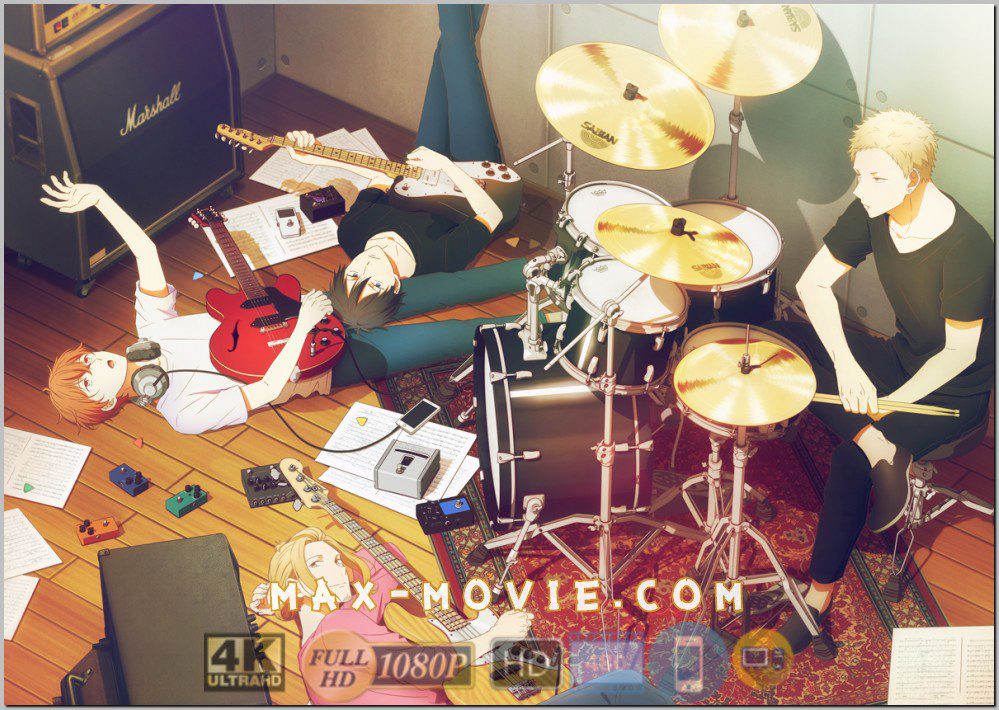 It explores the realities of loss and the difficulties that come with dealing with the death of a loved one. Mafuyu discovers a love for music and realizes that it’s alright to move on. He also falls in love with Uenoyama. The series encapsulates a slice-of-life feel as well as the emotion of love and moving on through beautifully constructed characters and soothing art.

The Tatami Galaxy follows an anonymous third-year student at Kyoto University, using parallel universes as a plot device to examine how his life may have been different if he had joined a specific campus society. Over the course of the story, the protagonist becomes increasingly desperate, willing to go to elaborate and intricate efforts to achieve his ideal life, despite the fact that the world around him is populated with imperfect individuals acting like people, obstructing him. 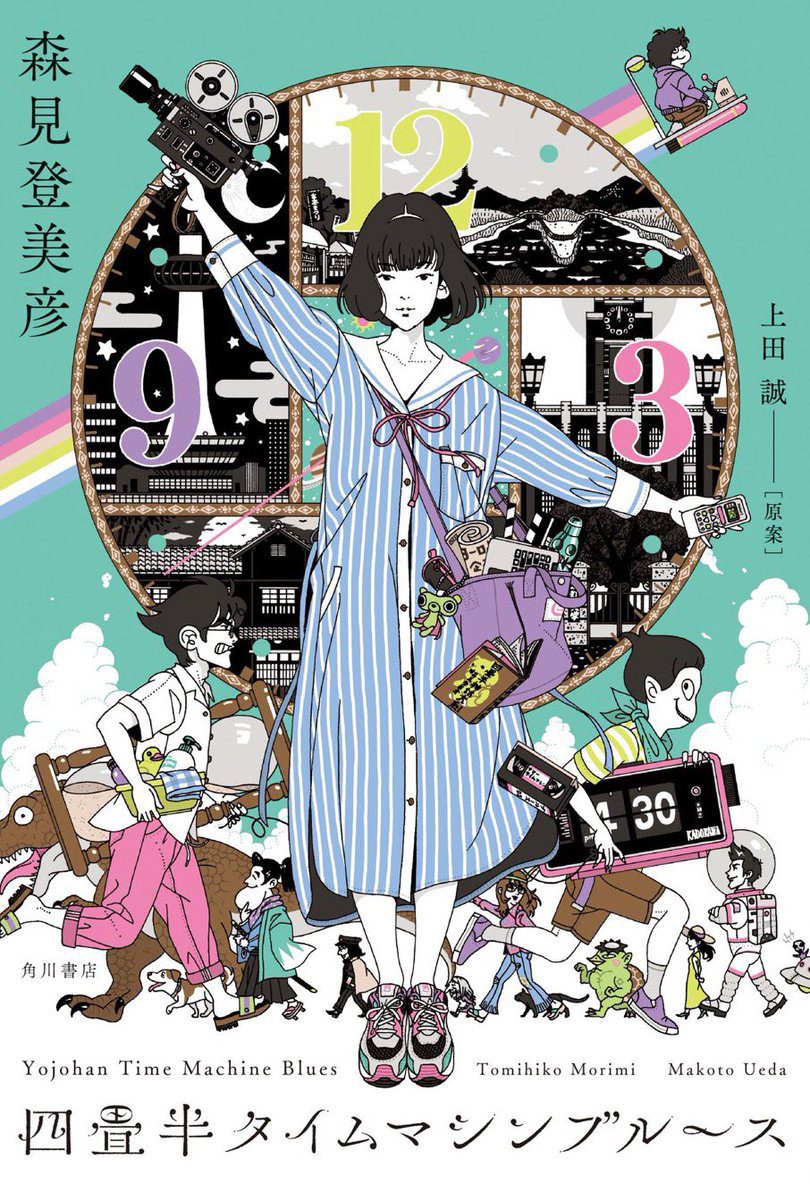 However, in the end, he withdraws into himself, giving up his quest for rose-colored campus life and abandoning the world altogether. This happens after he realizes his own depression and desire to escape. The constants in each universe are what makes him happy. This is a series about the futility of forcing yourself into something you don’t belong in and the vanity of wasting time thinking about what may have been different. It’s about having no regrets in life and discovering the things that will make you happy for the rest of your life.

6. Your Lie In April

After winning multiple music competitions, fourteen-year-old piano prodigy Kosei Arima becomes famous. However, Kosei has a mental collapse while performing at a piano performance after his mother, Saki, dies suddenly. As a result, he cannot hear the music from his piano. Kosei hasn’t touched the piano in two years and sees the world in black and white until he meets Kaori Miyazono, a fourteen-year-old violinist with a free-spirited, bold style that represents her spirited personality. 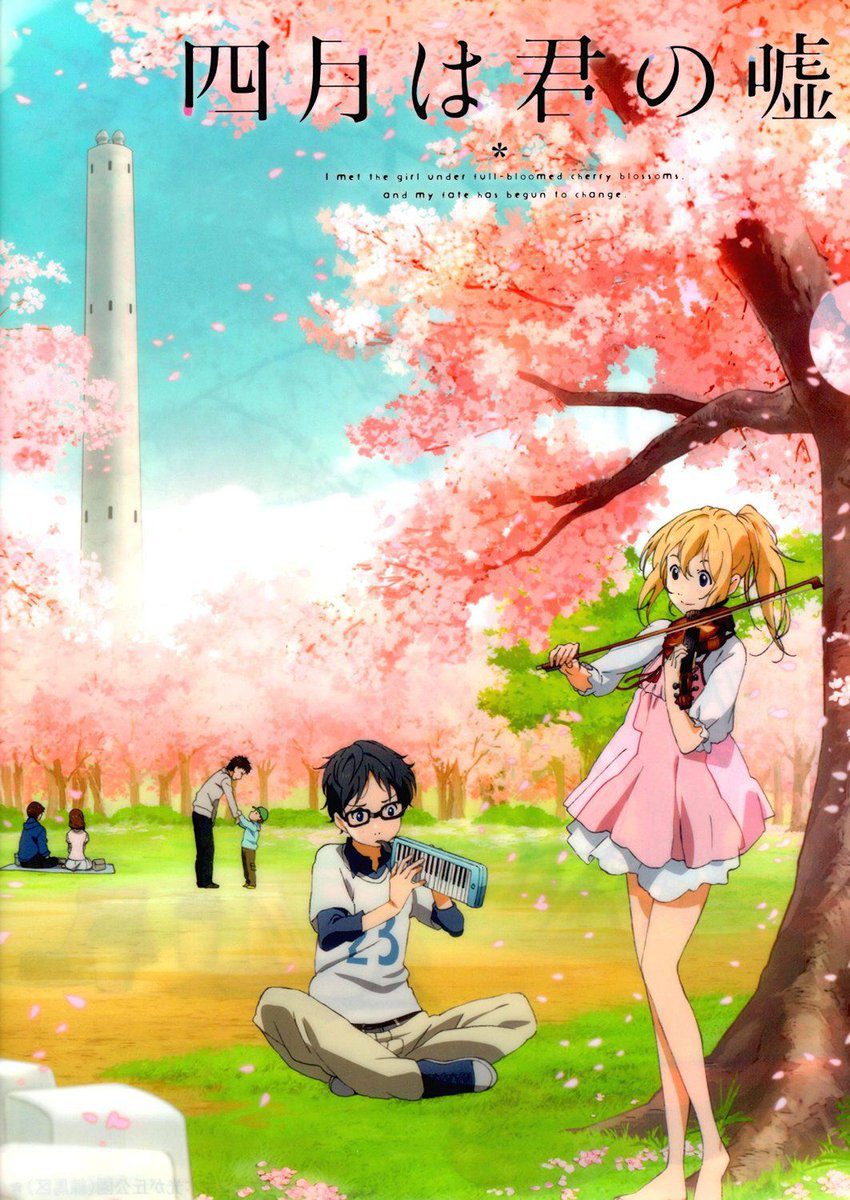 The series follows Kosei as he tries to move on from the psychological shackles of his childhood and abusive mother through the help of Kaori and his other friends and to be able to find the enjoyment of playing the piano again. Your Lie In April isn’t really the tragedy series people assume it to be. It’s a story about learning to heal, moving on, and accepting the aspects of ourselves we’d rather ignore. Accepting that sometimes we need a helping hand to take that initial step is a part of it. Learning to say goodbye when the time comes is a big part of it.

7. Anohana: The Flower We Saw That Day

Anohana is the story of Menma, a girl who dies in an accident and then reappears five years later as a ghost to haunt her best friend, Jintan. The issue is that neither Menma nor Jintan have any idea why she has returned. The two quickly adopt the “unfinished business” mentality and determine that they must grant Menma’s wish to get her into heaven. Neither of them, however, has any clue what this wish might be. 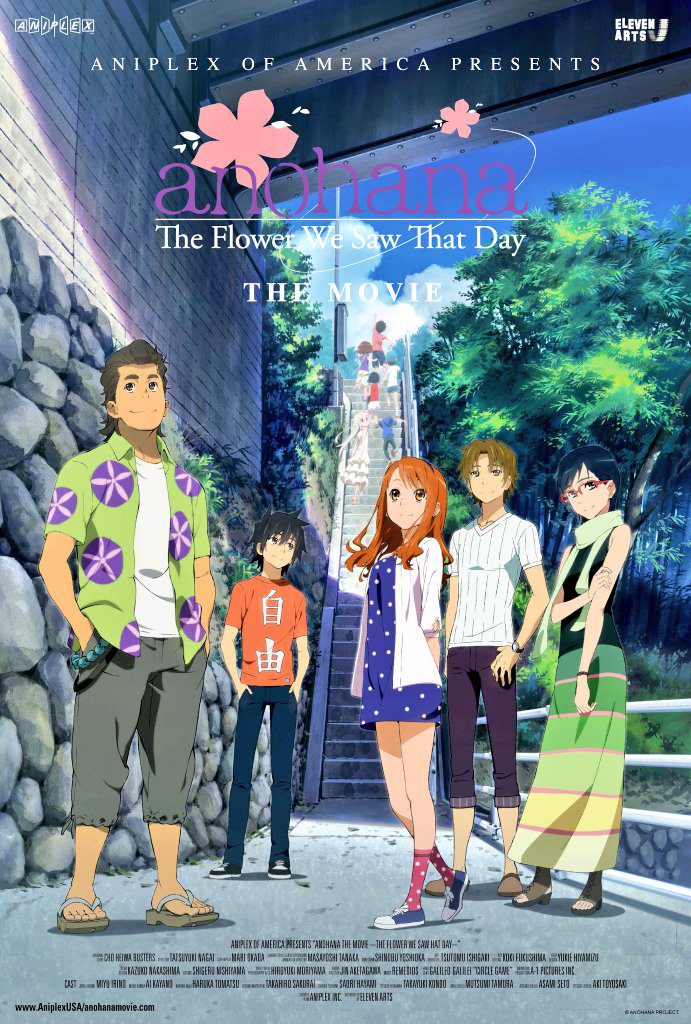 This series explores the different coping mechanisms that people might use to be able to move on after a traumatic incident and the problems that arise with having to do so. AnoHana is a slice-of-life story about regaining one’s self-confidence and faith while also exploring the impact of trauma on children.

Violet Evergarden is a former soldier, and the plot follows her as she attempts to reintegrate into society after the war. She seeks for her life’s purpose now that she is no longer a soldier in order to understand her mentor and guardian, Major Gilbert’s parting words he said to her. Violet Evergarden does an outstanding job portraying someone suffering from post-traumatic stress disorder (PTSD), sadness, and sorrow. 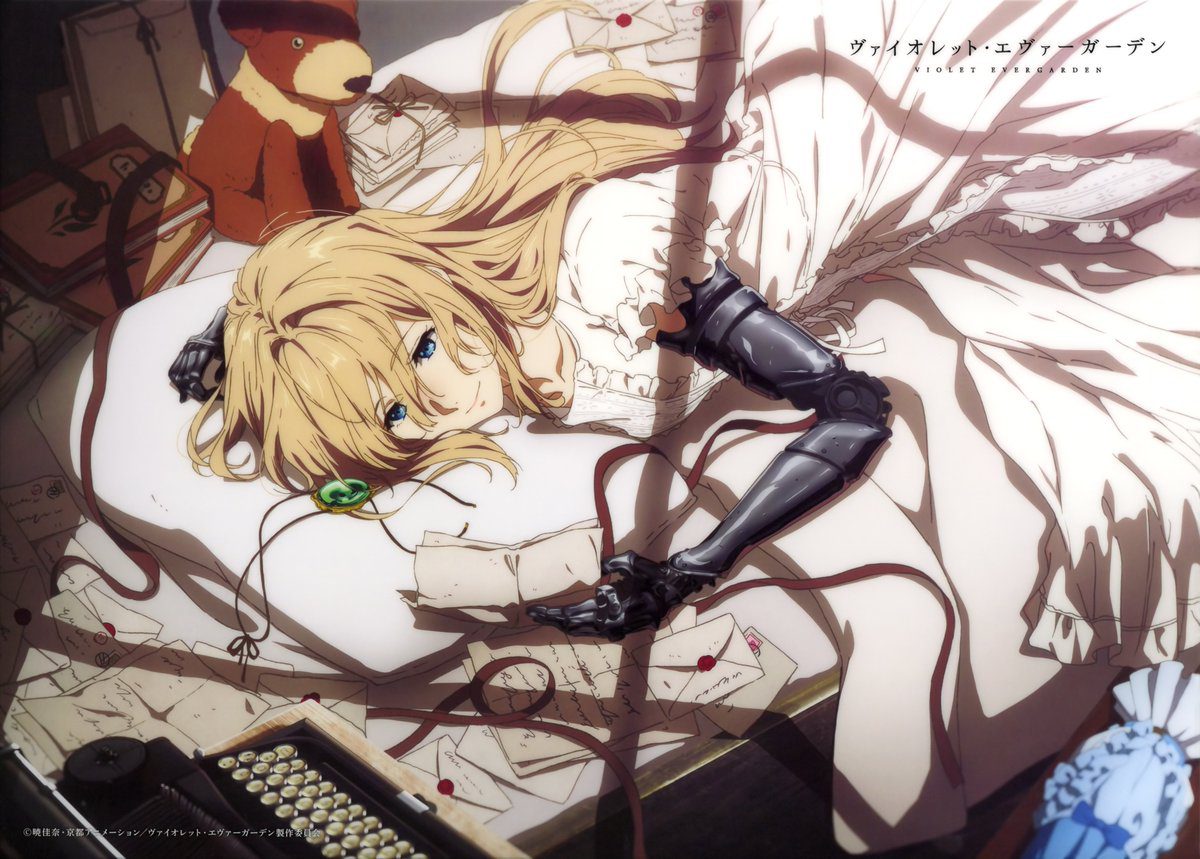 However, the journey of Violet is one of love, and the anime series portrays that through empathy. Violet Evergarden only begins to be able to taste love once she starts to learn empathy. The anime demonstrates that love is at the heart of all human connections and that even the most wounded people can love. Grief, disillusionment, and hurt are all aspects of love that are depicted in this anime. Violet’s path is one that we all face on a daily basis: the quest to love and be loved in an imperfect world.

Silver Spoon is set in the fictional Oezo Agricultural High School in Hokkaido and shows the daily life of Yugo Hachiken, a student from Sapporo who enrolled in Yezo to escape his strict father’s demands. However, he quickly discovers that life at an agricultural school is not as simple as he had imagined. Hachiken is a character that is attempting to flee his past. With a brilliant older brother to compare himself to and an overbearing father, Hachiken was always on the right track in life until it all got too much for him, and he had a nervous breakdown. 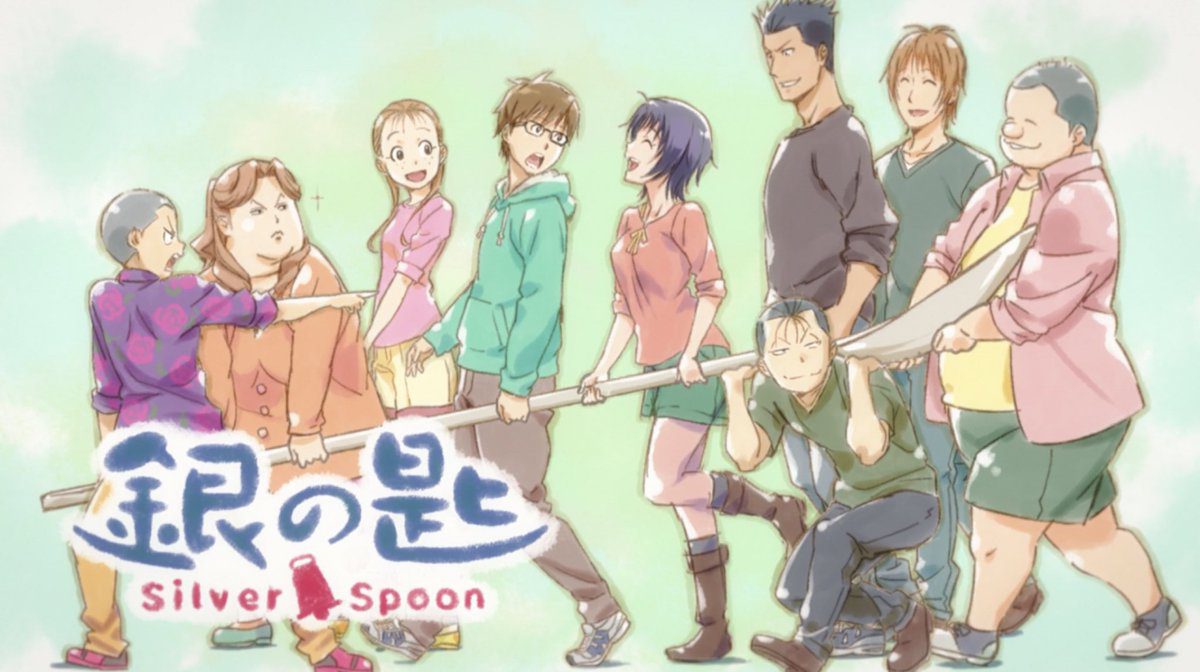 Hachiken is continually frustrated by the fact that he lacks a goal and is envious of those who do. While he feels lost, he persists in his search for a personal purpose, eventually serving as an inspiration to many of the other pupils. The series has a beautiful moral: it’s okay to run away sometimes, and there’s nothing wrong with starting over if you give it your all.

This might seem like an odd addition to the list, but Aggretsuko is more than a simple show with an art style that looks a lot like shows for children. This slice-of-life series has a lot of themes that might be relatable to many people, especially the working young adults. The series illustrates how everyday microaggressions, courteous effacement, and little compromises eat away at one’s spirit. 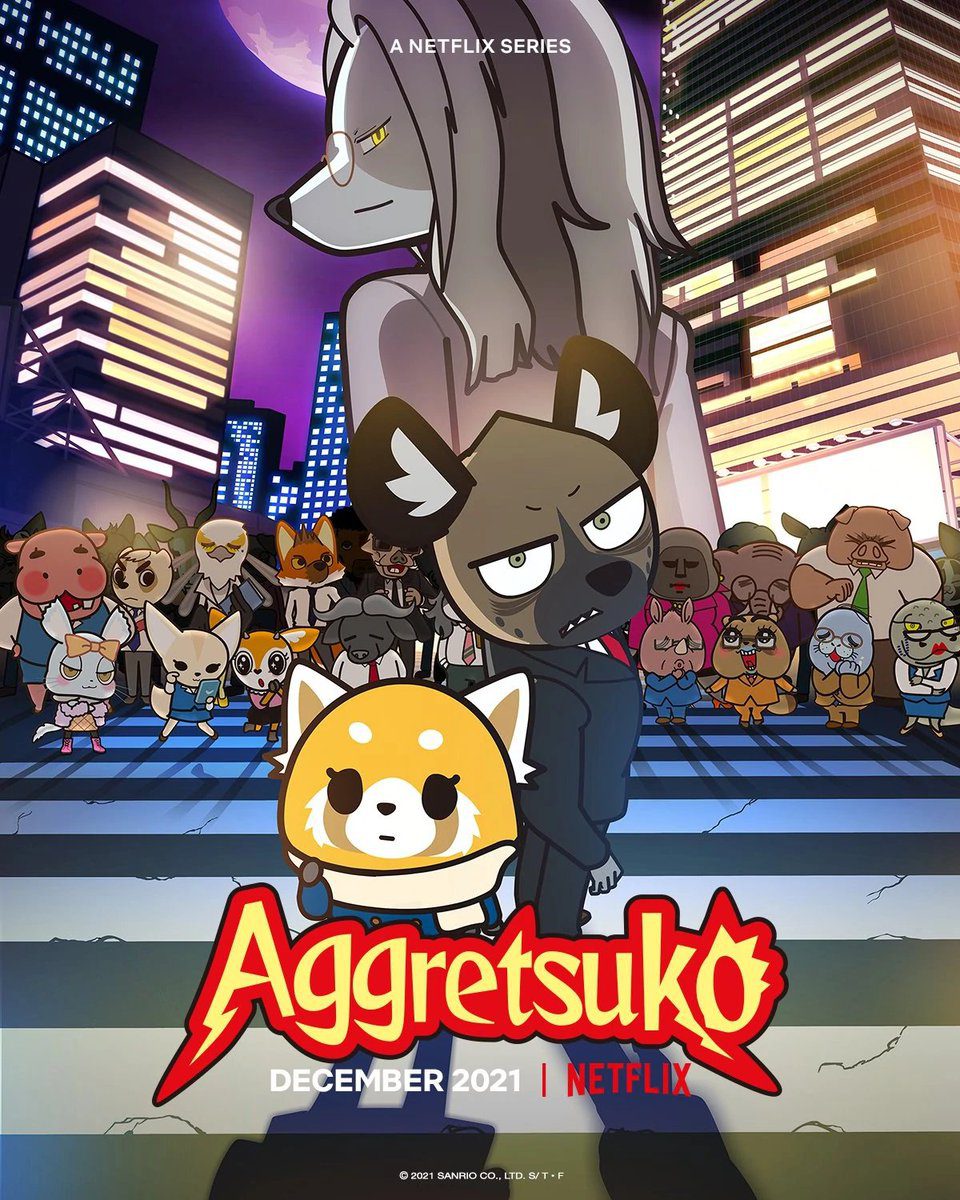 Retsuko, our protagonist, is just like any young adult, she does not have any ambitions as such, and she just seeks to be happy. The most relatable aspect of the anime is how Retsuko’s aggression towards her problems in life is portrayed by her alter ego, who has a very deep voice and raps on a heavy metal track. This side of her tends to come out when she is frustrated and only in private spaces as she does not want to expose her coping mechanism to judging eyes.