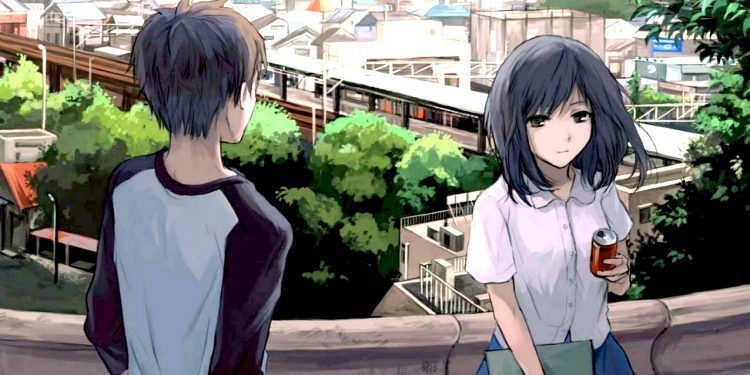 Romance is a genre that no one has ever been able to escape. The idea of falling in love is magical and absolutely breathtaking. Seeing two characters grow closer and closer, accepting the flaws and frictions gives an unexplainable satisfaction. Romance in anime and manga is accompanied by the aesthetic feels of the scenic beauty and the soft background music that can make any heart flutter. After tossing around multiple romance stories, I landed on I Sold My Life for Ten Thousand Yen Per Year, a manga adaptation based on the light novel titled Three Days of Happiness. The very titles of both versions of the same story are quite interesting. After the production of a novel and a manga, a Three Days of Happiness anime adaptation is a much-awaited phenomenon.

Three Days of Happiness is, in many ways, the tragically beautiful story of love and life. From the very first chapter, we are drawn into the story with the truth slamming on our faces. Life has never always been about the sweet moments; it’s also about the failures and the mishaps. Three Days of Happiness builds a story starting from failures to deliver the message that failures do not mean the end of life. Although that is not the main message of the story as a whole, this beginning has always made me smile. Love in Three Days of Happiness is magically inclined towards savoring the smaller bits and moments rather than making big gestures.

Three Days of Happiness anime adaptation is yet to happen. Here is everything we know about the situation.

Also Read: Solo Leveling Anime Adaptation: What is all the Twitter hustle about?

About Three Days of Happiness

The plot of Three Days of Happiness revolves majorly around Kusonoki, a man in his late twenties. Having financial difficulties, Kusonoki sells his possessions. He meets a man at the library who reveals that there is a shop where people can sell their lifespan. Although skeptical at first, Kusonoki decides to visit the store anyway. At the reception, he meets Miyagi. She tells him that the value of life is calculated on the basis of achievements and the impact the person had on other people’s lives. After calculation, Miyagi tells him that the value of his remaining lifespan is 30,000 yen, which is considered very low. Kusonoki makes up his mind to sell all his years, keeping only three months for him to enjoy and live to the fullest.

On the first day of his three remaining months, Miyagi appears at his house. She tells him that she is going to observe him for the next three months until the last three days to keep him from revealing the truth about the lifespan buying store to the world in case he goes insane. However, she also tells him that she will leave right before the last three days of his life.

Thus begins the story of Kusonoki, the man with only three months at hand, and Miyagi, the receptionist who is invisible to the world. The two face their struggles and learn to embrace life with all its sweetness and sourness.

Shueisha’s Three Days of Happiness has touched several hearts. The manga adaptation lasts for 16 chapters that invoke deep thoughts and emotions that are never felt before. Fans have been craving for an anime adaptation of the manga, but no studio has picked it up yet. Unfortunately, there is no Three Days of Happiness anime, but we are still hopeful that some production house will notice its genius and deliver it. A major reason why the manga has not been picked up yet could be the indication of suicide and the glorification of death in the end.

Where to read Three Days of Happiness?

The novel has been translated to English by Yen Press and is currently available on different shopping websites for purchase.

All the Dispatch Couples Revealed on Every New Year’s Day!