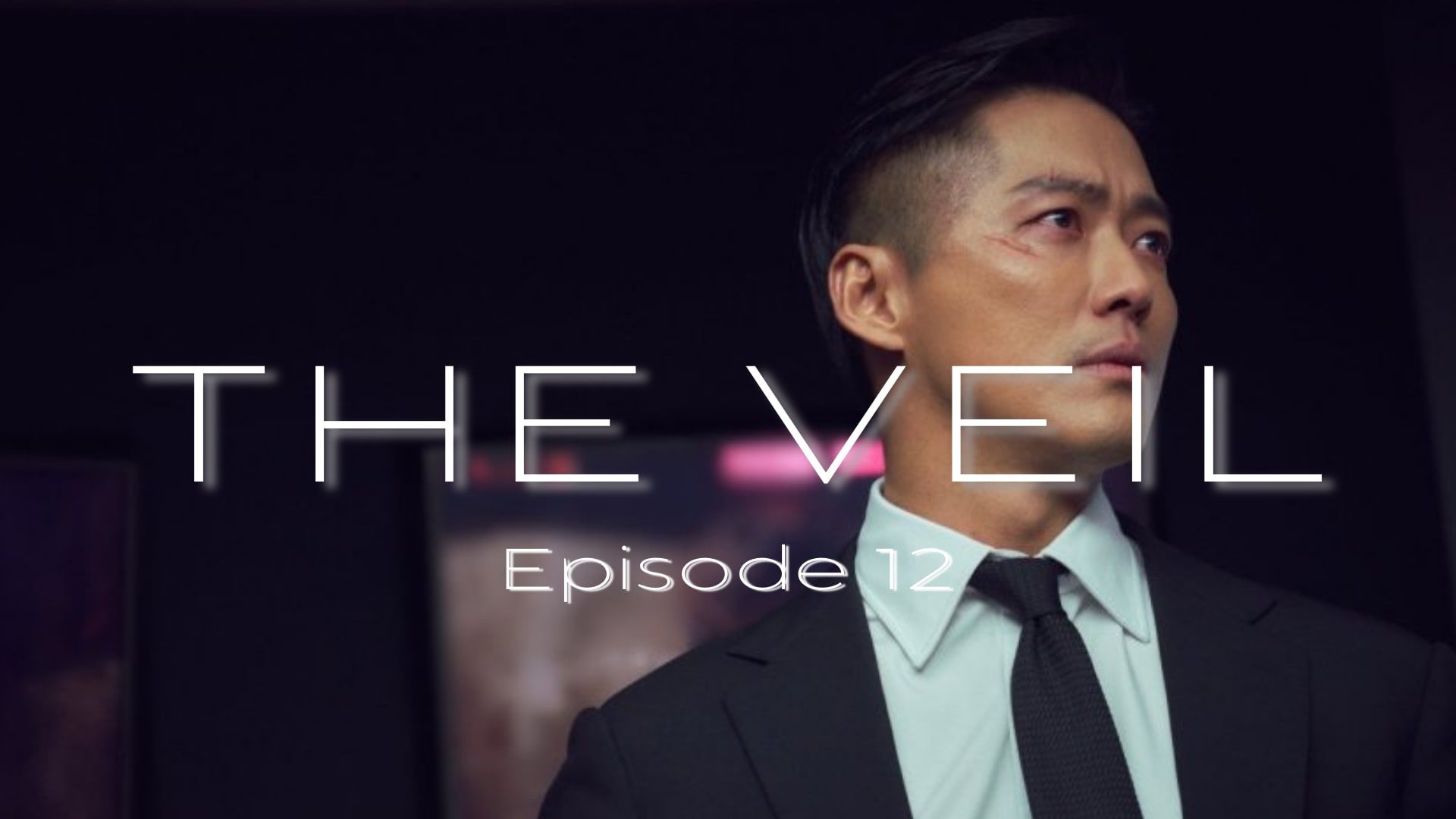 The Veil Episode 12 is releasing this weekend! The drama has almost reached its climax after uncovering so many secrets. From the beginning till now, it has brought numerous twists and turns, blowing viewers’ minds with its well-written plot. Another charm of this drama is the cast members. From main leads to each supporting cast member, perform their roles notably, becoming one with their characters. Even the latest episode unveils secret after secret, leaving viewers speechless with the remarkable plot twist.

It reveals that Ji Hyuk killed his teammates but, the real mastermind was Baek Mo Sa and not Lee In Hwan. After the truth uncovers, NIS arrests Ji Hyuk. During his lowest, Je Yi stands with him and directs him out of his own darkness. Finally, the episode shows some real teamwork as Ji Hyuk, Je Yi, Kang Pil Ho, Chief Han, and Jung Yong Tae work together to catch Lee In Hwan. Their plan succeeds but, the truth shakes them to the core. Lee In Hwan reveals that it was Baek Mo Sa who planned from the start to the end. It was his revenge plan to take down the entire NIS organization. He even kills Lee In Hwan declaring final war against NIS. Therefore, The Veil Episode 12 will be more action-filled and intense, closing the final battle between NIS and Baek Mo Sa.

MBC’s The Veil has announced its spin-off called ‘Mobius: The Veil’ that will focus on Seo Soo Yeon (Park Ha Sun), Chang Chun Woo (Jung Moon Sung), and Do Jin Sook (Jang Young Nam) characters. Seo Soo Yeon is a former international reporter and NIS agent. Chang Chun Woo is a black NIS agent. Do Jin Sook is the director of the Foreign Intelligence Bureau. The spin-off will give a closer look at these characters. It will bring new outlooks so viewers can have a deeper understanding of the main storyline.

The producers commented that each character of The Veil has its own story to tell. They thought fans needed to know Seo Soo Yeon’s character’s drastic change, her side of the story. However, they did not want to make a separate drama for it and thus came up with a two-episode spin-off. Therefore, ‘Mobius: The Veil’ will broadcast two episodes on 29 October and 30 October at 10 pm KST on the MBC network.

What Is The Veil Episode 12 Release Date?

The Veil Episode 12 will be released on 23 October 2021 at 10 pm KST on the MBC channel. Since the kdrama is scheduled for 12 episodes, it will be the last episode of the series. However, a little surprise for Veil’s fans coming with its spin-off. Viewers have high expectations from the ending. From the start, The Veil has brought multiple twists and turns, making the storyline more intriguing. The last episode will run for a 70-75 min duration.

Those living in South Korea can watch The Veil Ep 12 on the MBC network at 10 pm KST. The drama is also streaming on an online site available only in South Korea Wavve. Global fans can watch The Veil Korean drama on Viki and Kocowa with English Subtitles. Fans can even download Viki mobile application for easy access. Keep note that Kocowa is streaming only in North and South America.

The upcoming The Veil Episode 12 will be the finale. Therefore, it will be more intense and action-packed than any other episode. We will see the final battle between NIS agents and Baek Mo Sa. With the battle, the truth will uncover whether Baek Mo Sa is Je Yi’s father or not. It will be heartbreaking to watch Je Yi and her father’s reunion scene. However, the ending is still questionable. Either all agents will be safe and sound, or we will lose some of them. It will be heart-wrenching to watch our favorite agents losing their lives.

The episode will also show the ultimate closing between Domestic Intelligence Bureau and Foreign Intelligence Bureau. Fans are more excited about Ji Hyuk and Je Yi’s relationship. Throughout the drama, they show subtle romance between the leads, but the ending may give a closer look. After all, their chemistry and teamwork are loved and admired by fans. Since the drama will have a spin-off, it is expected that all loose ends will be closed. However, if they do not, we may have season 2. To find how the story will conclude, watch The Veil Episode 12.