Which of these two powerful women is going to win?! 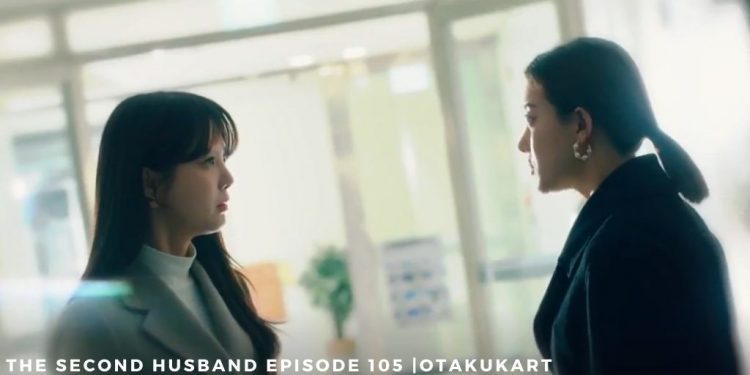 The Second Husband Episode 105 is just a few days away! Fans are more than excited to see what Seon Hwa has in plan to defeat Jae Kyung and become the director of Daekook Confectionary. You could see how baffled everyone was when Seon Hwa announced that she was the new CEO of J Capital which is the major shareholder of Daekook Confectionary. This was the piece of news that totally ruined Jae Kyung’s vibe. Her whole day had been going so well. The informercial did amazingly, and Yoon Dae Guk was in a good mood. He was even talking about how harsh they had been for suspending Jae Kyung when it was Soo Chul’s fault in the first place.

Also, another highlight of the recent episode must be when Jae Min, Hae Ran, Seon Hwa, along with Tae Yang went on a field trip. Seon Hwa and Jae Min found it amazing how Hae Ran let Seon Hwa spend a whole day with her son Sae Byeok. This makes fans wonder how surprised they would be when both of them find out that Seon Hwa is Hae Ran’s real daughter and that Jae Min was adopted. Coming back to Seon Hwa becoming the CEO of J Capital, everyone in the office was super excited to see who the CEO of J Capital is. From the name James Kang, everyone thought the head of J Capital would probably be a man.

But little did they know, Seon Hwa was destined to be the CEO of J Capital all along. Don’t miss out on more fun, and check out the release date, streaming details, and predictions for The Second Husband Episode 105.

The Second Husband Episode 105 will be super exciting to watch. In the preview, you could see Seon Hwa and Jae Kyung preparing to compete against each other for the seat of the director of Daekook Confectionary. In the preview for the upcoming episode, it was also shown that Seon Hwa’s appearance as the CEO of J Capital caused an alarm at Daekook Confectionary. This was because she used to be a regular employee there and was accused of something she didn’t do and was fired from her job.

It looks like after the meeting was over, Jae Kyung had to tell Seon Hwa how despicable she was. But Seon Hwa didn’t falter any bit when Jae Kyung threw insults at her but instantly stepped closer to her that she would make sure to make her pay for it. It looks like Seon Hwa is taking the phrase ‘eye for an eye’ properly. It is justified that after Jae Kyung killed Seon Hwa’s grandmother, took away her son, framed her for murder, and got her fired countless times, Seon Hwa should be taking out all of her anger at Jae Kyung and Sang Hyuk. What do you think Seon Hwa is planning to do to take her opponent down? Fans can’t wait to see what she, Jae Min, and Hae Ran have in plan.

The Second Husband Episode 105 will be released on January 13, this Thursday. New episodes by The Second Husband are aired every day except for Saturday and Sunday at 7:15 PM KST on MBC. Recently, MBC revealed that it would be increasing the total number of episodes of The Second Husband to 150. Fans theorize that they wanted to do so because of the show’s popularity and to unfold the side plot of Jae Kyung and Bok Soon being daughter and mother.

Where To Watch The Second Husband Episode 105?

Also Read: Best Kdrama Siblings That Fought Their Way Into Our Heart