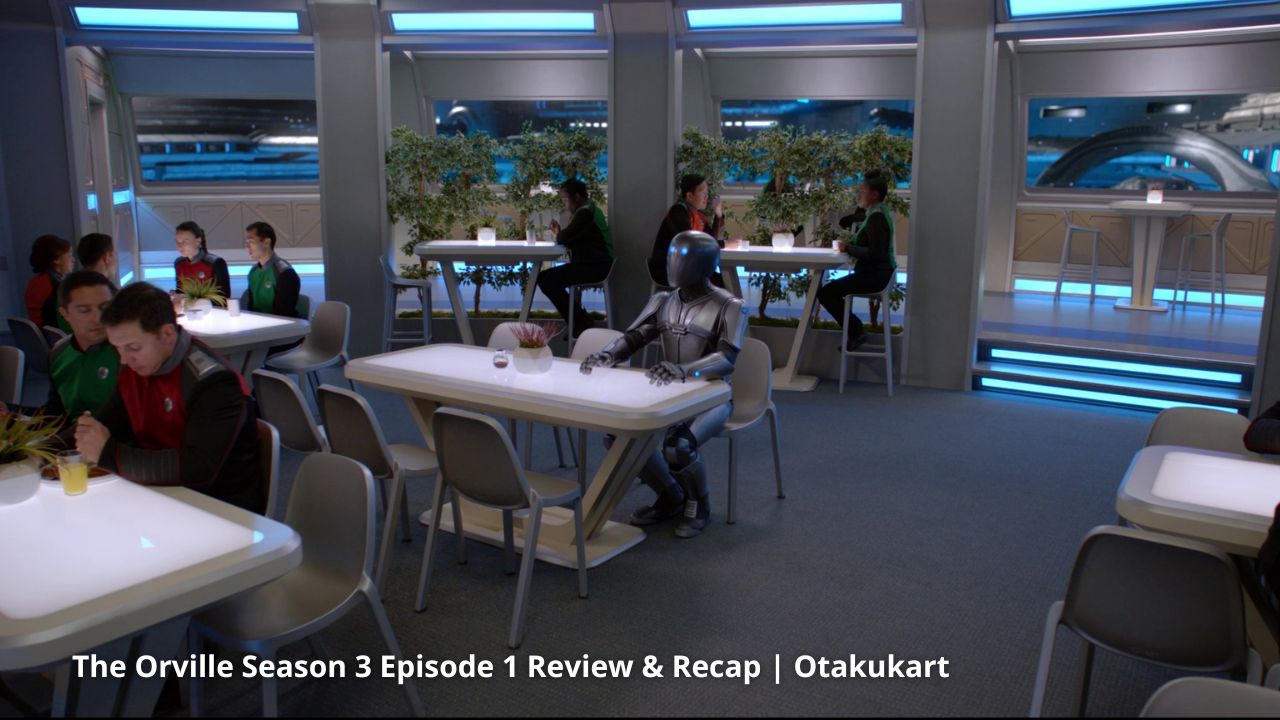 The Orville Season 3 Episode 1 returns with the Orville finally coming together after the battle with Kaylon. But not everyone on the ship is happy after the war. After all, the crew lost a number of their close ones during the battle. The main reason for their dismay is the presence of Isaac on the ship. He got a chance to join them again but is it worth it? That’s the question everyone has been asking.

While Isaac’s presence continues to haunt the crew members of Orville, some of them come forward to express their hatred toward the android. This went further deep, which saw an android who has no feelings taking a crucial step in order to secure harmony on the ship. What was this step, and how did it affect the ship? Let’s find out.

The Orville Season 3 Episode 1 sees Isaac acknowledging the animosity between him and the ship’s crewmates. They all are suffering from the battle with Kaylon and believe that Isaac is responsible for the people they have lost. Especially Charly, a human female, Ensign Burke, who is the ship’s new navigator.

In the mess, Charly sits with Isaac and lets him know how she lost her friend and blames him for being the reason. Even though Isaac, as an android, doesn’t feel anything, she lets him know people feel sick to see him here. Things escalate with someone painting Murderer in the astrophysics lab. A message for Isaac.

Talla quickly comes to the conclusion that Charly might be behind this as she overheard her conversation with Isaac. Captain Ed Mercer and Commander Kelly Grayson take note of Isaac facing animosity with the crew members. But once again, Isaac declines to be affected by it as he can’t feel anything.

Also Read: Obi-Wan Kenobi Episode 3 Review: Why Was Vader Powerless Before a Droid?

Later on in the episode, the prints of the paint match with Marcus Finn. Even he was haunted by the events of the war with Kaylon and blamed Isaac for the same. Claire tries to make things up between Isaac and Marcus Finn. She invites Isaac to Marcus’ room. Marcus pours down his feelings and states that the crew would do way better if Isaac was dead.

Isaac takes note of things Marcus said to his face. This leads him to shut down his own brain. Basically, he commits suicide. Lamarr eventually comes up with a solution stating there might be a consciousness hidden inside Isaac. The creators might have tried to hide it. The only way to revive Isaac is to use dimensional visualization. A capability that Charly possesses.

Charly straight away declines to help Isaac. An attack and a storm knock out the stasis field. This sees the crew losing Isaac forever if they don’t perform procedures on him anytime soon. Ed orders Charly to help, but she continues to decline, which results in Ed relieving her from her duties.

Marcus later comes to Charly taking the blame for Isaac’s death. Charly comforts him by letting him know that it’s a human tendency to put the blame on someone when a human goes through events like these. Charly takes the advice for herself as well and, at the end of the day, helps to revive Isaac to close the episode.

The Orville Season 3 Episode 1 gives us clear aftermath of the battle with Kaylon. Everyone seems to be dealing with grief in their own way. But most of it falls upon the shoulders of Isaac. We see that from the hatred coming from Marcus and Charly, who openly threw their feelings at Isaac, who was still trying to understand being an android. 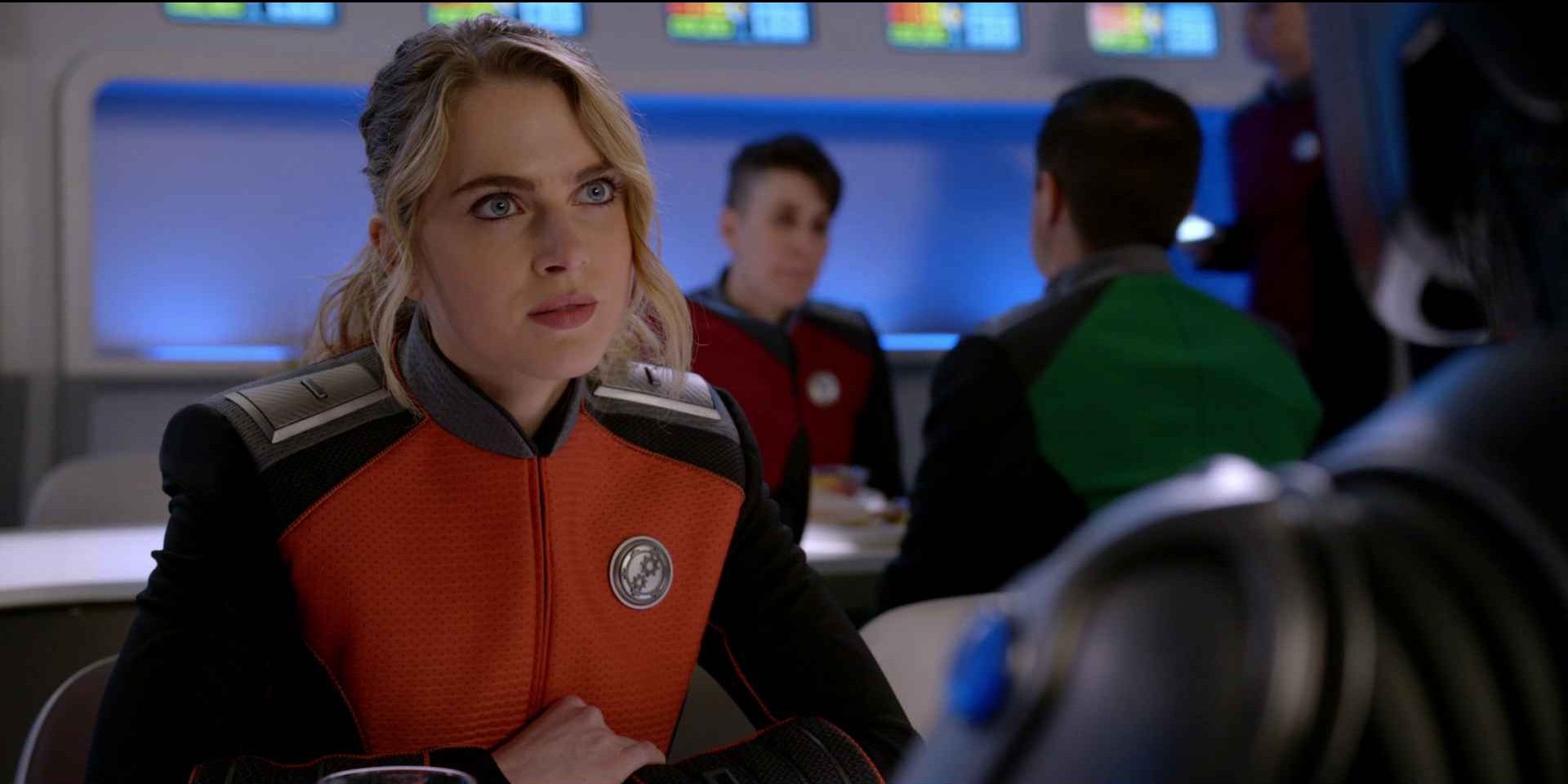 The episode actually serves as more of an introduction to the character of Charly, who is going to be a series regular moving on. We see her being the adamant new navigator for the ship who is not moving away from her decision. She was pretty sure that Isaac deserved every bit of animosity the crew members were showing toward him.

In the end, one way or another, human emotions tend to develop. They just need a push. The same goes for Marcus, who takes the blame for Isaac committing suicide. It’s when Charly enters the picture and realizes that Isaac is not responsible for what happened. She does help him but is still not ready to accept him as an ally. We may see Charly developing her relationship with Isaac in the coming episodes of The Orville Season 3.