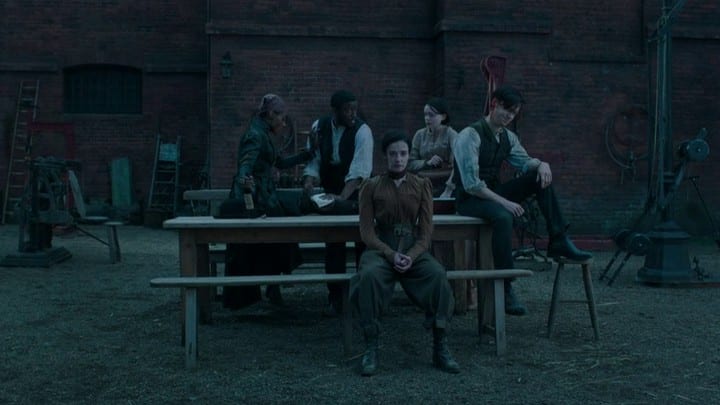 The first part of HBO’s The Nevers came to a fitting end. Well, the show had bigger mysteries but the finale came with a bigger plot twist teasing us that there is a lot when it comes to the second part. Joss Whedon created the sci-fi show along with Bernadette Caulfield, Jane Espenson, Douglas Petrie, Ilene S. Landress, and Philippa Goslett serving as the producers. It comes from HBO and Mutant Enemy Productions. The Nevers is a two-part series with a total of 12 episodes intact. The first set of six episodes finished airing on May 16, 2021.

The Nevers follows the story of Victorians aided with supernatural powers trying to find their purpose as they change the world. As the first part folded up, here we are taking a look at what went down in the finale. Thus, answering the questions such as the glimpse of the future of the earth. Then the origins of Amalia, the purpose she was looking for throughout the first season run, Dr. Hague’s aims, Galanthis’ aims, and the new threat looming on the show. So let’s begin.

What Went Down in The Nevers Episode 6?

The finale of the first part of The Nevers tells stories in four chapters. They are titled Stripe, Molly, The Madwoman In The Thames, and True. Opening up with Stripe, we witness a battle between Planetary Defense Coalition and Free Life Party to infiltrate the building. The PDC manages to capture Free Life Party’s general. A mysterious soldier going by the name of Stripe aids them. Eventually, the traits and signs of Stripe tell us she is none other than Amalia herself. 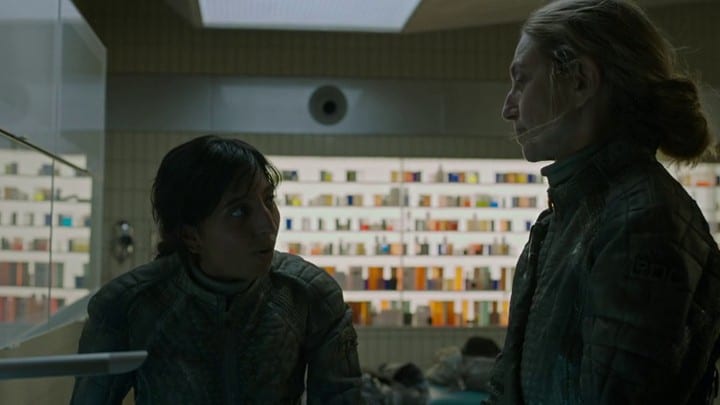 Amalia gets familiar with the medic Knitter. They talk about their missions revolving around the Galanthi. Until hearing some noise from their mates and arrive to discover a vegetable garden as well as a Galanthi on the ceiling. The Free Life general tells the history of it and offers a solution. Only until he starts turning the team against Amalia and Knitter resulting in a shoot-out and Knitter dying. The end of the chapter sees Stripe almost dying, too but Galanthi rescues her spirit into the portal.

In the second chapter, Molly tells us the story of a woman living in Victorian London with the same name as the chapter. She falls in love with a man named Varnum. But Molly is pushed to marry Thomas True suffering from multiple miscarriages and even Thomas dying from sickness. When the debt goes far over her head, it leaves her no choice but to jump into the River Thames and kill herself. 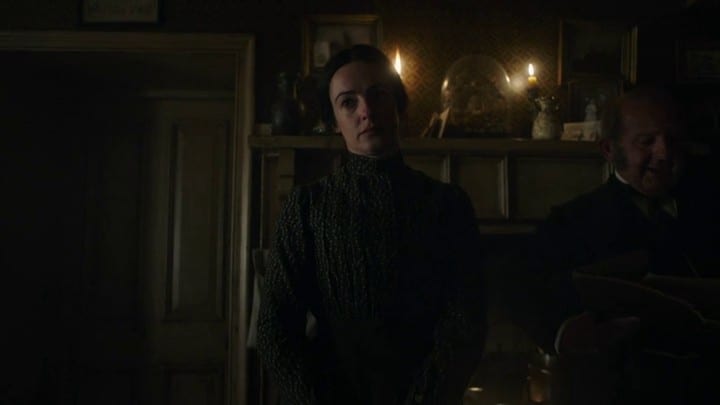 The third chapter, The Madwoman In The Thames takes the spirit of Stripe inside Molly’s body discovered in the Thames river. Then we see her in an Asylum as a confused woman who can see the future and thinks she should’ve died. Only until she meets Sarah. There comes a time when Amalia hears Sarah talking about some god but her description matches with Galanthi. This leads her to the doctor there, as in Horatio Cousens and she tells him everything. Although he denies it, a Doctor by the name of Hague later arrives to research the phenomenon. This leads her to deny her abilities and stating she is playing along with Sarah leading Hague to take her instead. Amalia spends days trying to learn Victorian ways and is eventually recruited by Lavinia Bidlow to run an Orphanage for the touched.

The final chapter, “True” brings us today to Maladie’s hanging. Amalia’s team fights off the soldiers at the drilled site, with Amalia falling into it eventually. At the bottom of the earth, she sees the Galanthi from the future in the same position all over again. She touches it to see her futures and pasts from both lives until a vision comes with a female voice claiming she is not the only one from the future. Then the soldiers arrive to interrupt, and Amalia fights them to get back at surface level. Elisabeth helps her to go high where Amalia reunites with Penance telling her real name as Zephyr Alexis Levine.

So, the finale of The Nevers is a heck of a ride telling the history of Amalia, her origins to be more specific. It took us right into the future where she came from. Amalia isn’t her real name, and she is a soldier from the future going by the name of Stripe. But even that is not her real name. The finger and thumbs rubbing was an evident sign telling us it is Amalia. The future hasn’t done any good to the earth. Galanthis are creatures who sort to restore it and to help it, but the Free Life Party instead went head to head with them. 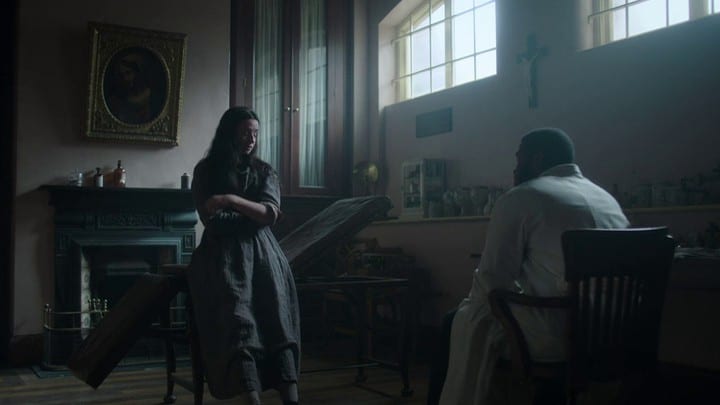 The PDC, on the other hand, believed in taking help from Galanthis is viable but were turned on each other. This resulting in the Stripe almost dying in the confrontation mentioned above. The Galanthis believing in Stripe helped her. With that, the spirit of the soldier has been time traveling with Galanthis and hit back her into the body of Molly, the baker girl.

Amalia was looking for that one reason she is gifted with those powers all through the run of the first season. She finally sought it when she fell into that dug hole. Upon disbelieving herself and she is the wrong person, she is met with flashbacks that restore her confidence. Eventually, she also gets a glimpse of the future with someone else being transported into the future. 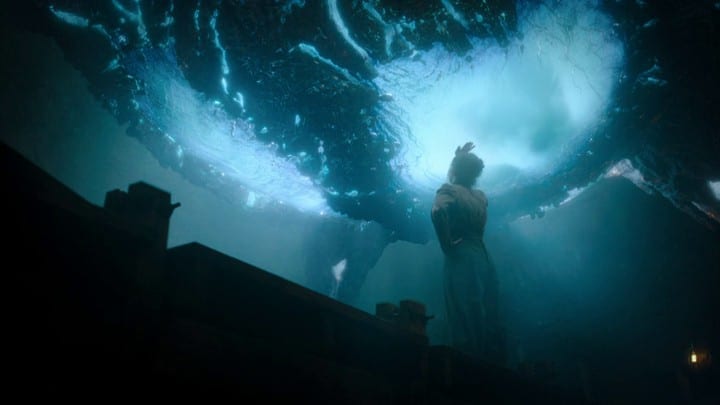 So following that, Dr. Hague’s guards arrive to stop Amalia which is one of the future glimpses coming true. With a little push from Elisabeth, Amalia makes it back to the surface and realities with Penance. She decides to uncover the truth to the entire Orphanage to what they are facing off and revealing her name as well. Taking a look at the future, they need to fix it that’s her mission. But the series also teased the second part in turn. A new threat is looming for Amalia and her team as they try to save their future.

Also Read: The Woman In The Window Netflix Ending Explained