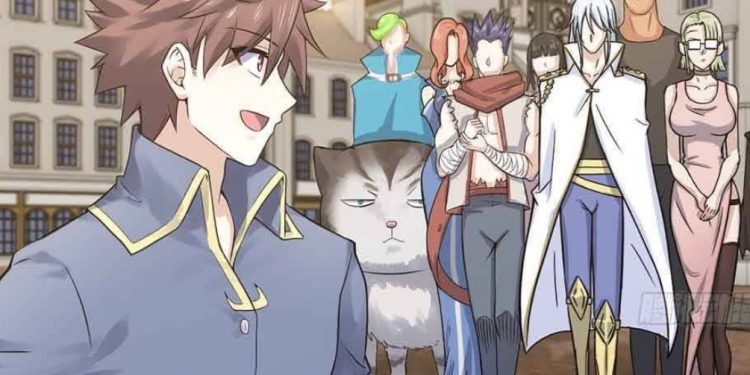 My Wife Is A Demon Queen Chapter 322

The hooded ghost guy believes that the King of Demon Tribe will eliminate Xiang Ye. The King of Demon Tribe asks Lilian to make him her right arm in the future since he will never fail her. He reveals that he will make the Demon Tribe better. Lilian accepts that, and she orders everyone to gather the troop and head to the border of the Human Empire. She wants to meet with Isabella soon since she belongs to the Demon Tribe. But she wants them to capture Xiang Ye alive and bring him to her.

Lilian notices her underlings are supprised why she doesn’t want Xiang Ye to be killed and tells them that she want to thank Xiang Ye for taking care of Isabella. Isabella from Xiang Ye’s side is known as Yi Bei. On that side, they arrived since they were coming from vacation. Xiang Ye leads them to the royal palace. Everyone is happy that they have returned home and they have been missing it since it been months ever since they have left. Xiang Ye asks all of them to follow him since he has something special to show them.

Previously on My Wife Is A Demon-Queen Chapter 321

Xiang Ye and Yi Bei wonder why Penny heads in the opposite direction. He calls her and asks her why she is leaving them since he has invited them. Penny thinks that it is not suitable for her to be around Xiang Ye. Yi Bei tells Xiang Ye to go since they have been waiting for him. The two decided to go together after hearing Penny’s story. Xiang Ye tells Penny to visit when she gets time. Yi Bei and Xiang Ye enter the royal palace, and he notices that his statue is missing. Xiang Ye wonders what happened to his statue.

The other warriors think that someone is responsible for that, and some think it might be the work of merchants who visit and go. Sophisas notice that a group of knights has been following them and warns the others. He told Xiang Ye to come near him. Xiang Ye wonders what is happening and notices a group of knights approaching them like they are ready to fight. Everyone gets surrounded, and they wonder what they have done, but they cannot fight since they don’t know what is happening.

Yi Bei thinks that they might be in trouble since those knights are wielding their blades. Everyone wonders if they are coming for them as they move step by step like soldiers about to attack. Xiang Ye notices one of the knights he knows and realizes that it is Adjutant’s eldest brother. The guy laughs at them since they thought that they were in trouble. Xiang Ye realizes that the prank they pulled on them almost scared everyone. Sophisas wonders if they have news. Adjutant’s eldest brother reveals that he has a message for Xinag Ye from the King.

My Wife Is A Demon-Queen Chapter 322 Release Date

Also Read: Straw Hats Take on Numbers in Episode 1002 of One Piece.