The Deer Hunter film is based upon the American Epic war drama, which was released on December 8, 1978, in Los Angeles, and on February 23, 1979, in the United States. This film was co-written and directed by Michael Cimino and is about a trio of Slavic Americans. The screenplay was written by Deric Washburn, and the editor was Peter Zinner. The story was written by three of them: Michael Cimino, Deric Washburn, and Louis A. Garfinkle. This film is produced by producers such as Barry Spikings, Michael Deeley, Michael Cimino, and John Peverali. Stanley Myers composed the music for this film.

The Man Who Came to Play, written by Louis A. Garfinkle and Quinn K. Redeker and set in Las Vegas, was based in part on an unproduced screenplay about Russian roulette by Louis A. Garfinkle and Quinn K. Redeker. Producers invested in moving to produce the film “The Deer Hunter” with a total budget of 15 million dollars. The box-office collection at theaters is nearly 49 million dollars. This film was released in four languages to entertain the audience such as Russian, Vietnamese, English, and French. Critics and spectators praised Cimino’s direction, as well as the performances of the cast, especially De Niro, Walken, Cazale, and Streep, as well as the narrative, realistic themes and tones, and cinematography.

Also Read: Our Beloved Summer Filming Locations: Can You Visit The Places?

Where Was The Deer Hunter’s Filmed?

This film, The Deer Hunter, is shot in several places according to its script demands. The team of The Deer Hunter has selected several locations to shoot their scenes. Mostly all locations are selected from the American States under Ohio by the team. The Steelworks factory is the introduction of the film. When you start the movie, you will understand the locations. They shot some scenes in the US Steel Widowmaker Central Blast Furnace in Cleveland, Ohio. Steve and Angela’s wedding scene is shot at St. Theodosius Russian Orthodox Church, 733 Stark weather Avenue, Cleveland, Ohio. 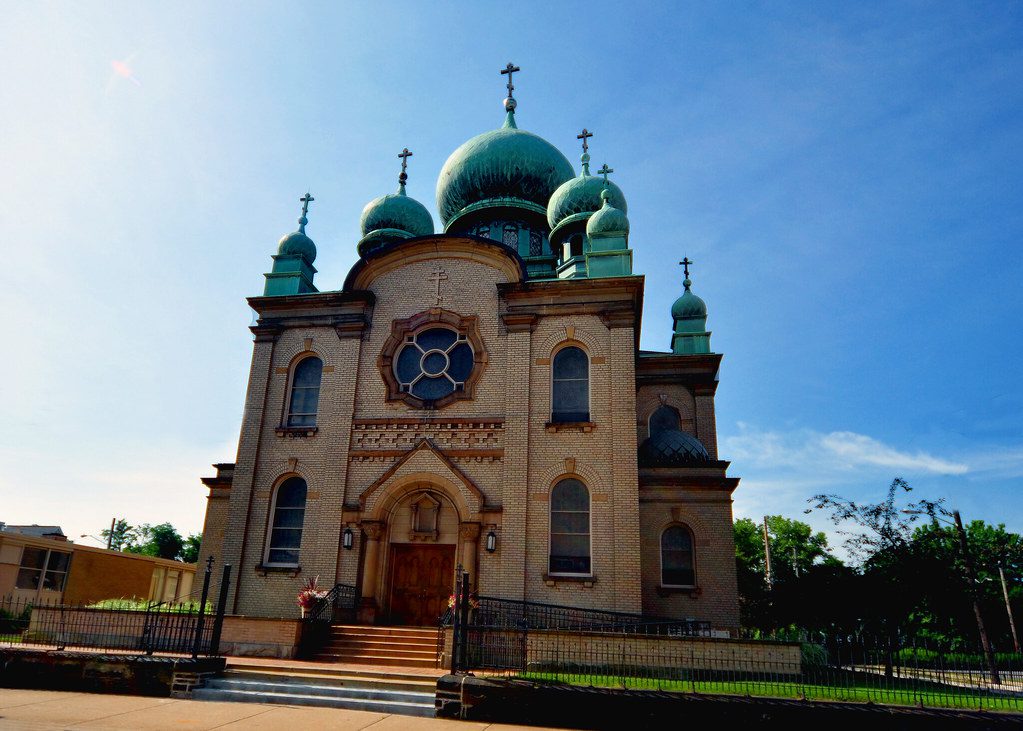 The entire team went to Lemko Hall, which is located at W. Eleventh Street, Cleveland, Ohio, to shoot wedding reception scenes. Some parts of the movie scenes were shot in Cleveland. The funeral sequence was shot at McKeesport and Versailles Cemetery in Pennsylvania, but it was staged to look like it was shot in the ‘Steel Town of Clairton.’ The genuine deer hunting sequence for Deer Hunter was filmed in Heather Meadows near Mount Baker, Washington. The sequence in which Michael releases the deer was filmed near Nooksack Falls, Mount Baker, Washington, United States. These are the filming locations of the Deer Hunter film.

1968 in Pennsylvania, Michael, Nick, and Steven are just three of a group of friends and coworkers at the local steel mill in Clairton, Pennsylvania. They, and the majority of their community, are blue-collar of Eastern European ancestry, but they are the only three in the community who will be heading off to Vietnam soon. They will attend to a few matters in the days leading up to their departure, including Steven’s wedding to Angela, a grandiose affair for the entire village, and the male friends, minus Steven, who will go deer hunting the next morning, a highly ritualized activity for Michael.

Nick, who is in a serious relationship with Linda and wants to escape the cruelty perpetrated on her by her drunken father, is not the only one who would leave a girl behind. Aside from Linda’s, there are numerous concerns behind the community’s usually cheerful and joyous surface; that surface joy only increased with the wedding, with everyone, including the three subjects, considering Michael, Nick, and Steven as their honor and responsibility, as well as the countries.

The three will discover that the community’s expectations of their time in Vietnam are not what they want and that their Vietnam experience will be closely linked to. How they deal with life, with those, who return home, either willing or unable to explain how the war has harmed them. The three might be the only ones who can help those who didn’t make it out alive, either physically or mentally. This is all about the symmetry of this film, The Deer Hunter. You can watch this film, The Deer Hunter on Amazon Prime videos with their prime subscription.