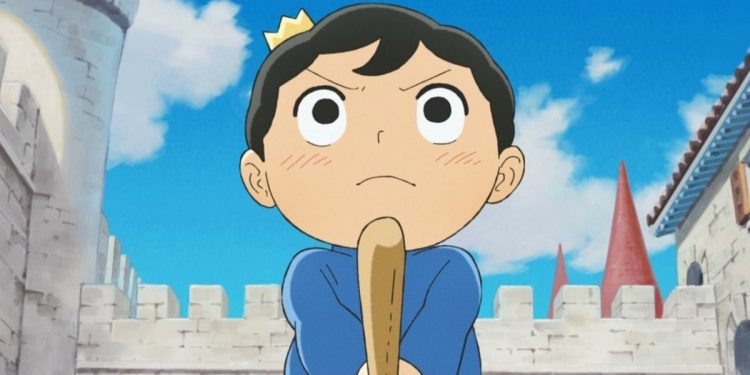 The year 2022 is starting with a bang. Not only does this mean bidding an emotional goodbye to 2021 but also saying hello to the upcoming and most anticipated release of part 2 of Ousama Ranking in 2022. The first part ended with 12 episodes and now we wait for Ousama Ranking Episode 13. Ranking of Kings, although a new anime series, has really carved out a special place in our hearts and become one of the most popular anime of the year. It’s a breath of fresh air, as the anime has a very unique storyline. Suppose you are looking for an anime that is inspirational that and revolves around an individual that refuses to give up, then Ousama Ranking is for you. Despite many setbacks, Bojji uses his brains to give you the most adorable and heart-touching storyline on friendship. He makes use of the best of his abilities to come out victorious and reach the milestones that he has set for himself.

Ranking of Kings is an anime that will have you physically cheering for the characters from wherever you decide to stream the anime. The charm of the anime is that you won’t be able to stop yourself from rooting for the most amazing character, Prince Bojii. So, now that Part 1 of Ranking of Kings is over, where can the second part be streamed? More importantly, what is the release date of the 13th episode of the anime series? If you wish to know the accurate answers to the above questions, you have come to the

Ranking of Kings is a series about a young prince who is hated in his own nation. One might think that being a part of the royal family will make life a bed of roses. However, this is far from the case of Prince Bojii, who is mocked nationally as The Useless Prince due to his disability. What nobody cares to know, however, is that Prince Bojii may be deaf and mute. Due to being deaf and mute, he is looked down upon by every citizen of his kingdom, but he is most definitely not weak. Although the young prince of the nation is physically handicapped, he has the potential to be a very powerful king due to the immense inner strength that he possesses.

When an accidental meeting with a shadow monster should have left him terrified, it instead leads him to assume that he has made a friend who is just a very difficult individual. Bojji thus begins frequently meeting Kage, the shadow, on a regular basis, who can resist the adorable prince. This unexpected bond between Kage and Bojji becomes the source that sets in motion the journey of the prince to overcome his worries and insecurities and become the best version of himself.

Ousama Ranking Episode 13 is set to be released on 13th January 2022. With the first part of the anime series following an 8-day countdown schedule, the second part is also expected to run on a similar schedule. Despite the delay in the release of the 12th episode that has been pushed to 6th January 2022, Ranking of Kings should now follow a normal schedule.

Thus, the Episode 13 of Ousama Kings is expected to release on 13th January. Above is the announcement for Ranking of Kings Part 2 put out on 24th December 2021 on the official Twitter handle of the same. If you haven’t started watching the series yet, there’s still time to catch up before Ousama Ranking Part 2 begins.

The Boys Season 3 Finally Gets A Premiere Date!