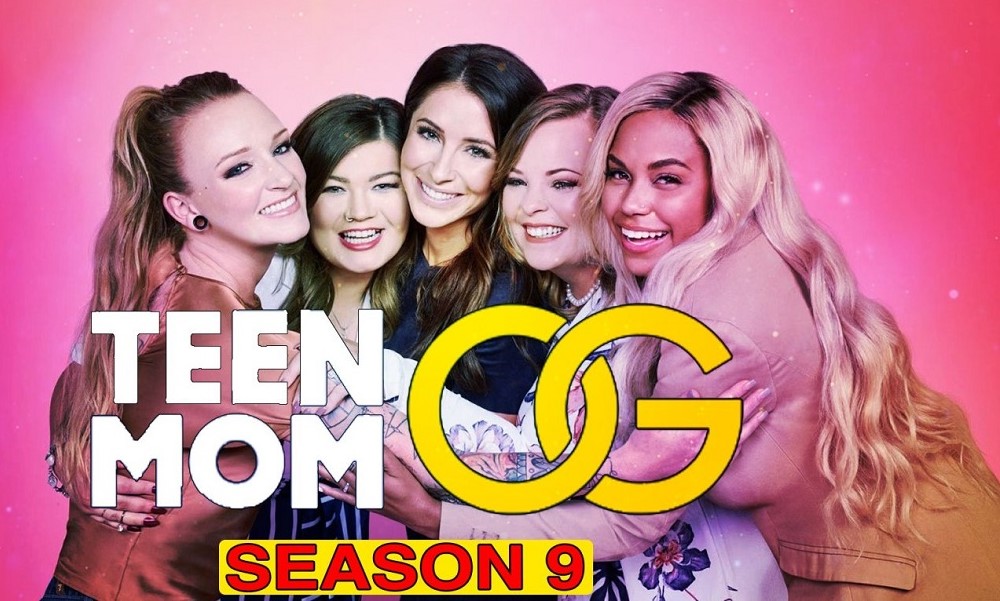 Teen Mom OG Season 9 Episode 9 is coming out this week and here's all you need to know.

“Teen Mom”, the American reality TV series is back with its ninth season and is soon going to release its ninth episode. Developed by Lauren Dolgen, the series made its debut on 8th December 2009. It received mixed reviews at the beginning from its viewers as well as the critics. However, over a course of time, people started liking it and many women started relating to it. In fact, the show has an average rating of 6.7/10 on TV.com, and 71% of Google users have liked the show. Consequently, the series has been renewed again and again for a new season every year. As a result, they are now airing its ninth season and are planning to release their 9th episode soon. So, let us dive deep into the article to find out everything about the upcoming episode and the series.

Everything you need to know about “Teen Mom”:

“Teen Mom OG” is an American reality show developed by Lauren Dolgen and broadcasted by MTV. The series is the first spin-off of another American reality series better known as “16 and Pregnant”. Anyhow, the show revolves around the lives of some young mothers who are navigating motherhood and their strained family & romantic relationships. The show was originally named “Teen Mom”. However, later on, its name was changed to “Teen Mom OG”. It has released a total of 153 episodes to date including the episodes from its ongoing season 9. Morgan J. Freeman, Lauren Dolgen, Kenda Greenwood, Andrew Portnoy, Jessica Zalkind, Nick Predescu, Sara Cohen, and Hank Kaufman are the executive producers of the series. 11th Street Productions is the production company behind it with ViacomCBS Domestic Media Networks acting as its sole distributors. The show was a huge success which led to the development of a few spin-offs. 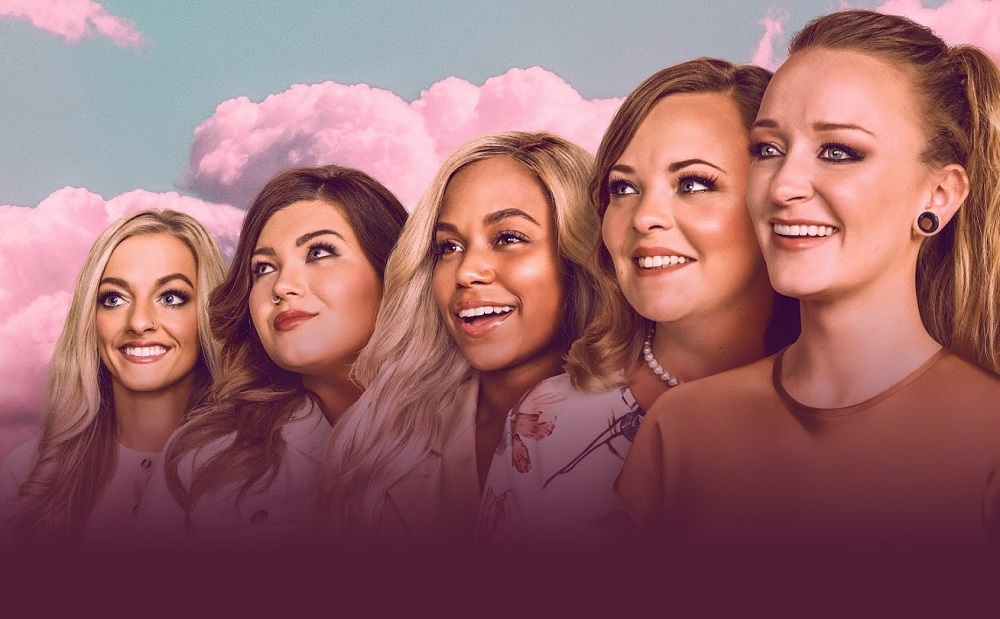 A still of the entire main cast for “Teen Mom OG” Season 9.

Maci Bookout as herself: Maci Bookout is a 29-year old TV personality, public speaker, and author. She is the mother of a daughter (Bentley Cadence Edwards) and MTV describes her as a classic teenage overachiever. Consequently, she was athletic, successful, and quite popular in her school. Anyhow, she now has two more children, a daughter (Jayde Carter) and a son (Maverick Reed).

Catelynn Lowell as herself: Catelynn Lowell is also a 29-year old TV personality, public speaker, and author. She is the birth mother of Carolynn Carly Elizabeth. The show describes her as a funny and smart high school senior. She gave birth to two more children in 2015 and 2019 respectively. Both of them were daughters and their names are Novalee Nova Reign and Vaeda Luma.

Amber Portwood as herself: Amber Portwood is a 30-year old American TV personality and a convicted criminal. She has two children: Leah Leann Shirley (daughter born in 2008) and James Andrew Glennon (son born in 2018).

Cheyenne Floyd as herself: Cheyenne Floyd is a 28-year old American TV personality. Currently, she has only one daughter named Ryder. However, she and her current boyfriend Zach Davis are expecting their first baby together.

Mackenzie McKee as herself: Mackenzie McKee is a 26-year old American reality TV personality. She is a mother of three children, namely Gannon Dewayne McKee, Jaxie Taylor, and Broncs Weston. 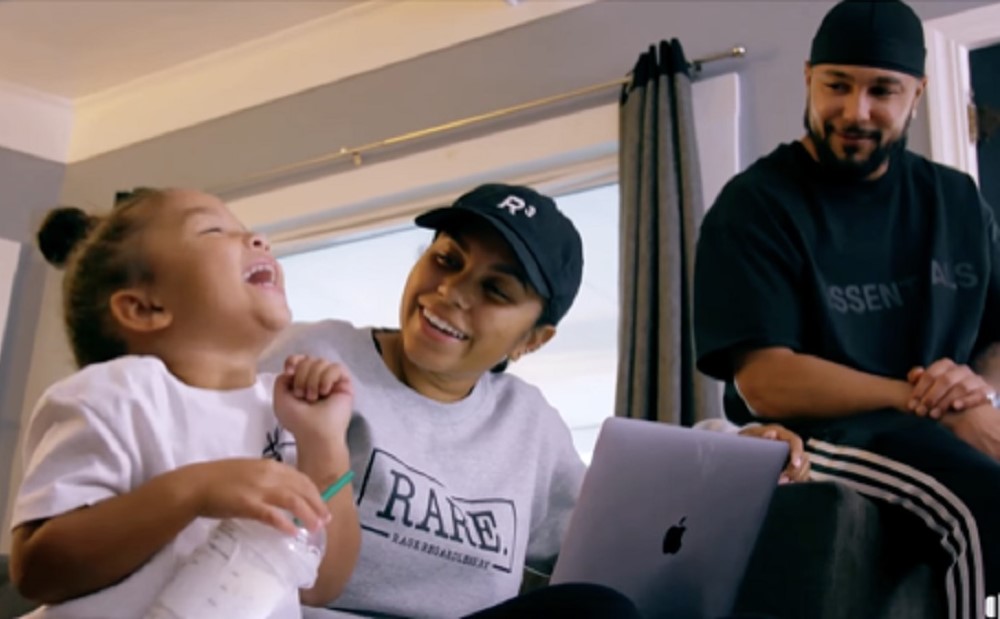 What to expect from the upcoming episode of “Teen Mom”?

Episode 9 of “Teen Mom OG” Season 9 is titled ‘Where Do We Go From Here. In the previous episode, we saw that Zach and Cheyenne were dealing with the pressure to get married as soon as possible. Mostly, they were being forced to get married before the baby arrives. On the other hand, Tyler and Catelynn registered to vote for the first time in their lifetime. Apart from all this, Amber faced criticism from Leah for her absence. So, it is definitely going to be interesting to see how the characters react from here to the problems that they are facing. “Teen Mom OG” has already released a trailer for the episode to be released on their official Twitter account. You can have a look at it below.

That's a wrap on tonight's #TeenMomOG! 🎬 Stay tuned for the premiere of #16andPregnant, coming up next on @MTV. pic.twitter.com/8Z9lHmqYuS

“Teen Mom” Season 9 Episode 9 is going to release on 23rd March 2021 i.e. Tuesday at 7:30 PM ET. You can tune in to MTV to watch the episode at the time stated above. However, if you miss out on the episode due to some reason, you can also stream it later on the official website of MTV or its app. You can also stream the episode on some other websites like CTV, YouTubeTV, and Paramount Plus. So, brace yourselves as the reality series returns soon with yet another emotional and exciting episode. Until then, stay tuned to find out more about the show and its upcoming episodes. Also, tell us how do you think will the ladies deal with the situations in front of themselves now.