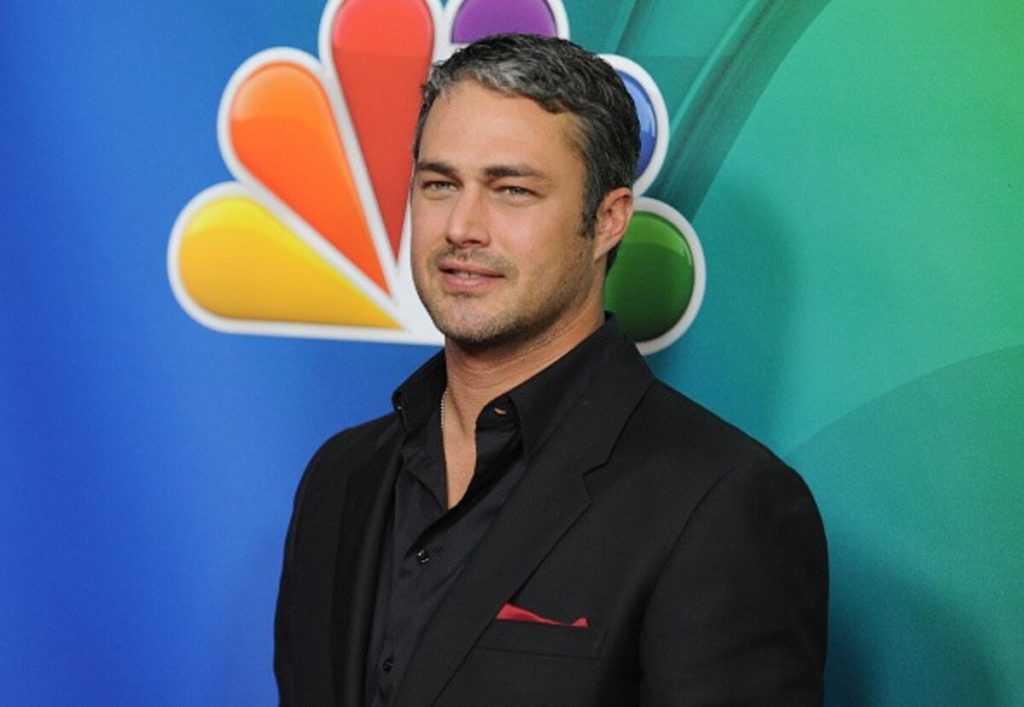 What is the net worth of actor and model Taylor Kinney? The 40-year-old actor is well-known for his roles as Mason Lockwood in the television drama series The Vampire Diaries and as Jared in the film Zero Dark Thirty. Taylor is a devoted and talented actor who has achieved a respectable living and good wealth in the industry through his hard work. Taylor Kinney has been in the public eye for years, but people mainly recognize him for his 10-season role as Lieutenant Kelly Severide on NBC’s hit “Chicago Fire” or his previous romance with Lady Gaga. Let’s learn more about him in this article.

In comparison to many celebrities, Kinney is fairly private. He is an adrenaline junkie who did not begin acting until he was in his mid-twenties and has a lot of hobbies. Kinney does crossword puzzles in his spare time, in addition to shooting his own scenes, surfing, and riding motorcycles. Kinney was not only interested in acting; he was also interested in sports. He grew up playing volleyball for his high school, and in college, he experimented with boxing. Kinney’s love of boxing began as a child when he bonded with his grandfather through the sport.

One has to wonder how Kinney manages to fit in all of his hobbies and interests with such a successful Hollywood career. Kinney enjoys spending time in the woods and boating, in addition to surfing the waves in San Diego. “There’s no need for a boat. I have no desire to purchase a boat. All you need is a friend with a boat” On The Jam Show, he once said. Let’s take a look at his earnings and personal life.

Also read: Jake Borelli’s Net Worth: How Much Does The Grey’s Anatomy Actor Earn?

Taylor Kinney, sometimes known as Taylor Jackson Kinney, is an American actor and model who was born in the city of Lancaster, Pennsylvania, on July 15, 1981. Pamela Heisler, a dental hygienist, is his mother, and Daniel Kinney, a banker, is his father. Taylor’s ancestors are English, German, and Swiss-German. He was reared by their single mother in the city of Neffsville, Pennsylvania, with his three brothers. Taylor earned a Business Management degree from West Virginia University in Morgantown, West Virginia, after graduating from Lancaster Mennonite School in 2000. Adam Kinney, Ryan Kinney, and Trent Kinney were his three siblings. Kinney didn’t pursue drama in high school, according to acting superintendent Miles Yoder in the same article, instead of focusing on sports and religious studies. Kinney didn’t start acting seriously until he was a sophomore in college (per USA Today).

Kinney also appeared in Kathryn Bigelow’s critically acclaimed military thriller Zero Dark Thirty in 2012. He had a brief appearance on Shameless in 2012 as Craig, Fiona’s former high school crush. Taylor Kinney has appeared in a number of television episodes and films.

Taylor was featured in Lady Gaga’s music video for the song “You and I” in 2011. For his work on Chicago Fire, he received the People’s Choice Award for Favorite Drama TV Actor in the year 2016. In the years 2015 and 2017, he was also nominated for Favorite Drama TV Actor. He is also well-known for his modelling endeavours in addition to his acting.  Taylor starred as Luke Gianni on MyNetworkTV’s Fashion House in 2006 and also played Glenn Morrison on NBC’s Trauma. Taylor was also cast as Mason Lockwood in the second season of the supernatural drama series The Vampire Diaries, in which he played a recurring role. In 2012, Taylor was cast as Lieutenant Kelly Severdine on the drama series Chicago Fire, which depicts the lives of firefighters and paramedics.

Taylor’s net worth is estimated to be at $8 million. The film industry provides the majority of his income and earnings. Aside from that, his modelling job contributes to his massive net worth. To put his fortune in context, the median household income in the United States in 2018 was $63,179, according to the US Census Bureau. Taylor Kinney’s net worth estimates differ since it’s difficult to predict spending habits and how much money he’s spent recently. He is a hardworking and gifted performer.  We congratulate him on his achievements and wish him well in his future undertakings.

Taylor began dating Lady Gaga, a singer-songwriter, in July 2011. They met for the first time in Nebraska, where they were filming a music video for the song “You and I.” They began dating shortly after that and engaged in 2015. (per Us magazine) . Lady Gaga told Howard Stern in an interview around the time of their engagement, “I truly can’t picture being with anyone other than who I’m with right now.” She ended her relationship with Kinney in 2016, and she has since had another failed engagement (with Christian Carino).

Kinney didn’t waste any time in moving on, as he was romantically linked to Alanna DiGiovanni just a few months later. According to Page Six, the two were privately dating and had travelled to Texas to attend a Formula One race and a Taylor Swift performance together.

The Daily Mail then shared a photo of Kinney kissing a woman passionately at a Pennsylvania restaurant in 2019. A person stated at the time: “He simply started making out with her, and I have no idea who she is. She appeared to be having a good time.” It was also reported that this wasn’t the first time Kinney had been seen with a date. “He routinely brings beautiful girls into town,” the insider added, “but he met this one in the bar that night.”

Also read: Sarah Michelle Gellar Net Worth In 2021: How Much Does The American Actress Earn?