Stephanie Seymour’s Net Worth: How Much Does The American Model Make?

Stephanie Seymour had also dated the American businessman John Casablancas from the year 1984 to 1988. 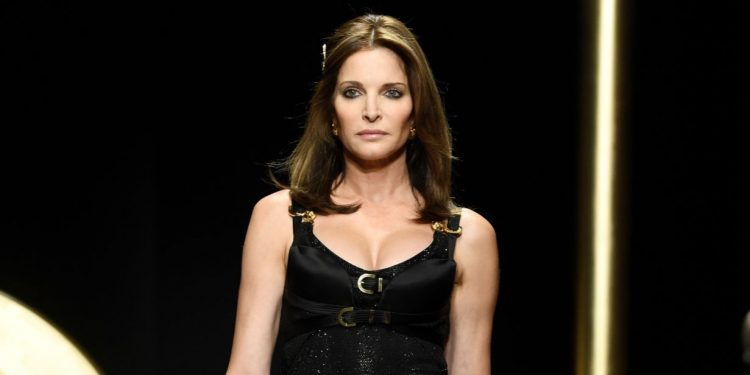 Stephanie Michelle Seymour is a popular American model and actress who rose to fame after working as a lingerie model for Victoria’s Secret. On July 23, 1968, she was born in San Diego, California, USA. Her birth name is Stephanie Michelle Seymour, and currently, she is 53 years old. Stephanie holds the citizenship of American and belongs to the mixed ethnicity of English, French, German, Scottish, Welsh, Croatian, Slovenian, and Italian. Now, speaking of Stephanie’s educational history, she attended Poway High School. Stephanie Seymour is 5 feet 10 inches tall and weighs about 67 kg. Her hair color is light brown, and her eye color is grayish-blue. Do you know how much is Stephanie Seymour’s Net Worth?

Michelle has modeled for several high-end brands and companies and has appeared in various magazines such as Vogue and Playboy. As one of the true supermodels in the world, Seymour is an inspiration to almost every newcomer to the modeling industry. She had also made her appearance in the film Pollock and the drama series Law & Order: Criminal Intent. Now, talking about awards and honors for American models, she was once ranked number 91 on FHM North America’s list of “100 Sexiest Women of 2000”. Seymour, who serves as a global spokesmodel for beauty brand Estée Lauder, was once ranked number 61 on Playboy’s list of 100 sexiest stars of the century. She was also once selected by People for their list of “50 Most Beautiful People In The World.”

Stephanie Seymour has made a net worth of $100 million through her career as an actress and model. Michelle started her modeling career at the age of 16. She then worked for department stores and local newspapers. Stephanie debuted her career as a model with the Ready to Wear Spring/Summer 1991 fashion show for Dolce and Gabbana. In 1983, Michelle was a finalist in the Elite Model Management Look of the Year contest.

After winning the modeling contest, she began modeling for the Sports Illustrated Swimsuit Issue and Vogue. From 1993 to 1999, Seymour was on the list of one of the leading models at Victoria’s Secret. During this time, she posed for Playboy magazine. Michelle then made her debut as an actress in the 2000 historical film, where she played the role of Helen Frankenthaler in Pollock. In 2002, Stephanie appeared in the police television drama Law & Order: Criminal Intent for her work as Sarah Lindstrom in a scene titled Insane.

Also Read: Brittany Bell’s Boyfriend: Who Is The American Model Dating in 2021?

Stephanie Seymour has dated the film producer, real estate developer, and art collector Peter Brant. Like most of the other men she had dated, Peter was about 21 years older than her. The couple married on July 14, 1995, in Paris, France. Prior to marriage, Stephanie gave birth to the couple’s first child, Peter II, in December 1993. Michelle gave birth to the couple’s second child, son Harry Brant, in the year 1996. In 2004, the couple welcomed their third child, daughter Lily Margaret.

They separated in March 2009, and Stephanie filed for divorce from Brant after 14 years of a successful marriage but got back together in 2010. Their son, Harry Brant, was found dead in an accident at the age of 24 due to a drug overdose. After his death, his lamenting parents shared the impact they would have on their family. They are disheartened to learn that his life has been disrupted by drugs. The couple has been living together as of 2021 and cherishing their lifestyle with their children.

Stephanie Seymour had also dated the American businessman John Casablancas from the year 1984 to 1988. He is 24 years older than her. Stephanie was 16 at the time, and John was 40. At that time, John was also married to model Jeanette Christiansen. Then, in the year 1988, Stephanie dated the country musician Tommy Andrews. They married the following year, that is in 1989. The marriage was brief, and the famous couple separated quite early in 1990.

Her first child named Dylan Thomas Andrews from Tommy Andrews was born on February 5, 1991. Then, in April 1991, she dated Warren Beatty. He is 31 years older than her. After Warren, she dated the singer Axl Rose. After being dating for two years, the two got engaged in February 1993. However, the engagement led to a sour relationship, and they soon separated in March 1993. She also formed a relationship with Charlie Sheen in 1992, and he had a great time with her, and they fell in love with each other. And, in the year 2009, she had also dated the fellow businessman Lance Maerov.