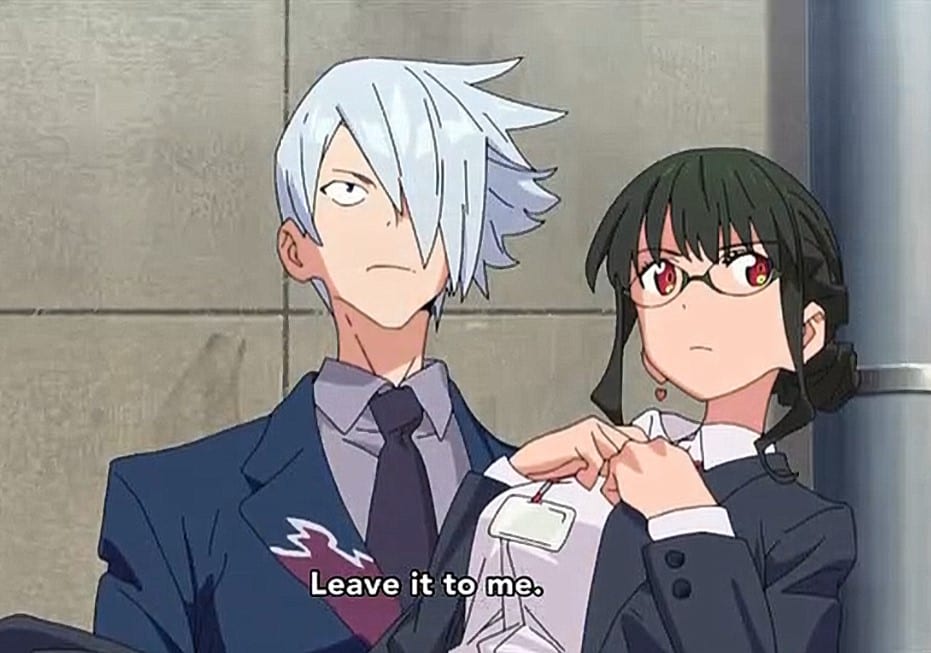 Minami talks about Kaiju with Yomogi after realizing that there are not many Kaju’s. Yomogi replies that maybe there is Kaiju season like hot, dry, and harvest seasons. Captain Gauma is with Koyomi and the rest members of the crew. Chise wonders what Gauma is looking at, and she asks him. Gauma points at the sky and told everyone to look up at the sky. Chise notices that Gauma is flying a Kaiju like a kite. Later at 24-Hour, Yomotsu Food Service, Shizumu’s crew finds the first Kaiju after a long time.

Shimuzu notices that the Kaiju that they have found is different from the ones they have seen. Mujina comments that she can take that Kaiju down singlehandedly. Shimuzu gave her permission to take the Kaiju alone. Mujina uses Instance Domination to control the Kaiju, but the Kaiju moved before she gets complete control. Onija shouts at Mujina, wondering what she has done. Onija notices that Mujina vanished after trying to control the Kaiju. He warns the rest of the crew, and Onija couldn’t find Mujina.

Onija also vanished after trying to call Mujina and Simuzu comments that everyone will be free. Meanwhile, Oniga, Koyomi, Chise, Minami, and Yomogi continue to watch a flying Kaiju in the sky. Yomogi talks with Minami, and when he looked around, he finds that Minami is not around. Gauma talks with Chise and Koyomi about the flying Kaiju. Yomogi calls ou Gauma’s name after noting that Minami has recently vanished. Minami vanished the moment Gauma told the crew to look up at the sky.

Yomogi asks Gauma where Minami is, and Gauma replies that Minami was behind Yomogi. Yomogi looks behind him and finds that he can only see Minami’s shadow. In another world, Minami finds herself inside the car. She notices that her father is driving the car and her mom is at the front seat. Minami wonders how she arrived here since a moment ago she was with Yomogi. Gauma notices that people are vanishing in the real world, and only their shadows are left behind.

Chise, Yomogi, Gauma, and Koyomi arrive near the park, where they say a Kaiju. Gauma comments that he knows that Kaiju is causing the incidents of the disappearance of humans. The team realizes that the Kaiju took Minami with its powers. On the Otherside Minami prepare food for her family. She realizes that she looks young and wonders if she has traveled to the past. Minami heard her mom reminding her sister about dishes and bento boxes. Kano ignores her mom, and Minami wonders what she has been thinking. 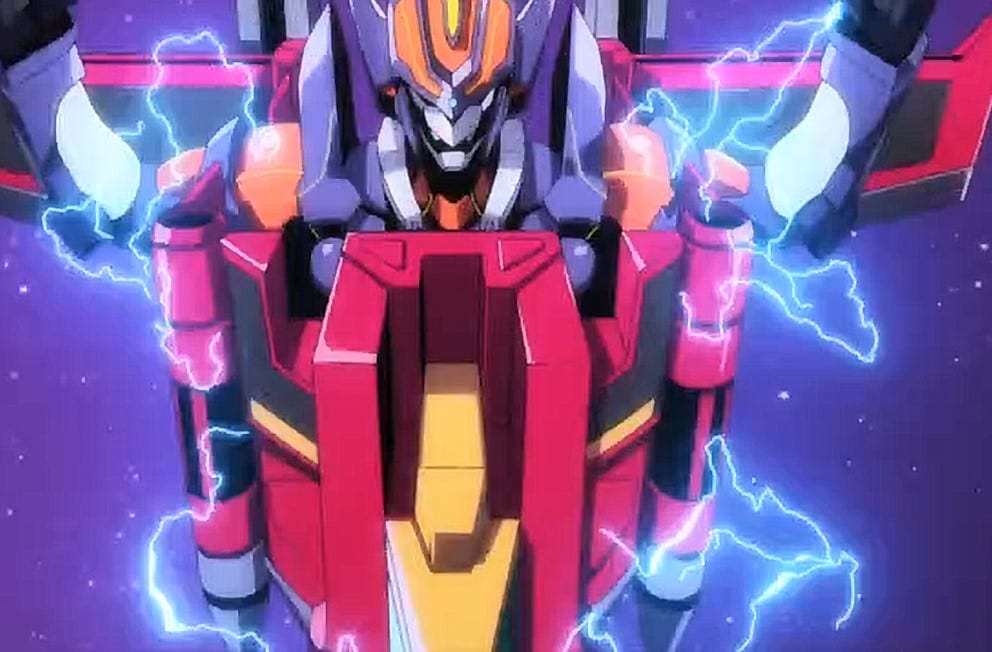 In the real world, Gauma and the rest of the team decided to smash the Kaiju, causing the disappearance of humans. Yomogi reminds Gauma that without Minami around, they won’t fight. The crew realizes that it will be tough to form a pact. Fortunately, Knight and The Second arrive. Knight comments that he is here to help, and they must be grateful that he is letting them take the Kaiju. Gauma trie to act cocky since he is a Captain, but he receives a body blow for talking back when Knight is talking.

The Second told Knight to be careful before attacking that the human vanisher Kaiju. Surprisingly Knight also vanished, and The Second wonders what is happening. Finally, the Knight appears on the Otherside, but he fell inside the restaurant and messed himself up with food. Back to the real world, Gauma thinks that he knows where Dyna Wing is inside Kaiju. Yomogi wonders how they will get Minami back since everyone who tries to move keeps on disappearing.

Gauma suggests that they can go through the mouth of the Kaiju and defeat the Kaiju. During that process, Koyomi vanishes, and Gauma realizes that only three are still in the real world. Later Yomigi arrives at the top of the building, and Gauma also disappears. Yomogi realizes that he has to do everything alone. He summons Super Dragon King Kaiser Gridnight and battles the Kaiju. The Kaiju tries to land heavy blows that miss and Gridnight attacks with Dyna Saber. Yomogi defeats the Kaiju using Kaiser Knight Circular.