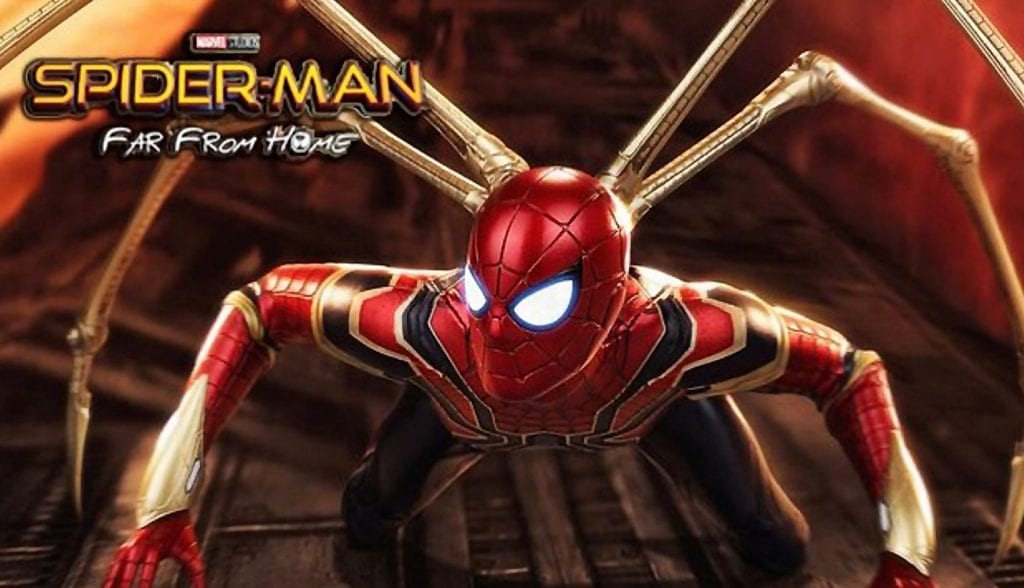 Spider-man: Far away from home is an action, adventure, and fantasy film released on July 2, 2019, in the United States. Spider-man is an American fictional superhero in Marvel movies created by Stan Lee. It is the 23rd movie in the Marvel Cinematic Universe and the next sequence of Spiderman: Homecoming. This Marvel movie starring Tom Holland, Samuel L. Jackson, Jake Gyllenhaal Zendaya, Cobie Smulders, and Jon Favreau was a blockbuster in the box office. This movie has made its place on the top of all Spider-man movies. This film has touched every aspect of the conjecture of a superhero movie.

Spider-man is one of the most favorite and relatable superheroes of all time, and being idolized not only by kids but also adults. Tom Holland, who plays Peter Parker, is a high school junior in the film and possesses the ability of spider-like superpowers after being bitten by a spider.

Plot and recap of Spider-man: Far from home

In this movie, Peter went on a vacation with his classmates to Europe, where a few elemental creatures (who are the villains) attacks the place. He fights to save his classmates. Then, Beck/ Mysterio, who also was a former Stark Industries employee and also a superhero, fights with the creature and kills it with Parker’s help. The only creature left to fight was the Fire creature, and he asked Parker to help him, which he refuses. Peter was already dealing with the loss of his favorite mentor and father figure, Tony Stark. He had decided to leave the superhero life and wanted to focus on normal life and was finding ways to confess to his crush.

The film deals with the aftermath of BigSnap and the losses suffered by the characters. He was given the glasses that was supposed to be passed to Ironman’s successor, and he can communicate with Stark Industries. MJ (Michelle Jones) reveals that she knows that Peter is Spider-man, and she helps him to find a piece of debris during the fight with the Fire creature and finds out something shocking. This film shows a sense of the responsible side of Peter Parker, about saving others and the problems he faces for hiding his identity. Mysterio acted as a mentor and a cool uncle to him after Ironman died in Endgame. His character takes an unexpected turn when later, it was found that he is manipulative, and he wanted people to change their conception about superheroes. 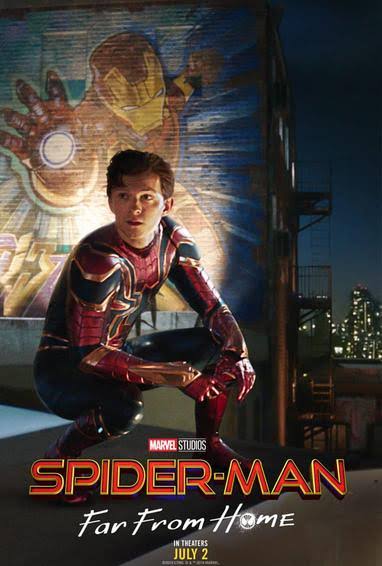 Peter faced difficulties living up to Ironman’s absence and the expectations that the world has on him, that he might be the next Ironman. In the end, he steps forward to help and protect people and accepts the fact that a superhero’s life is tough but worth it, the truth he was running from after the loss in Endgame. He defeats Mysterio, and he gets killed by a drone attack. Before dying, he assigns a drone to reveal Spider-man’s identity to the whole world. Peter, here is shown as an independent character who eventually learns to do things on his own.

The message of this film is that Peter has to step forward, and he is no more a kid and has to take responsibility. Few of his friends lose their lives in the fight, and the sadness built up because of their loss is heartbreaking. It shows the human side of a superhero and that they have emotions too. Peter’s relationship with his close people seems very real. And the perfect detailing of the characters was surely a thumbs up.

Tom proves in this movie that he is the best Spider-man. His presence was totally felt by everyone, and he totally did justice to his character. The villains in this film are portrayed as strong villains. Zendaya has been a perfect fit for her character. MJ is a calm, smart, and supportive friend of Peter and helps him in a lot of ways. Gyllenhaal’s performance was top-notch and did go well with the character portrayed in the comics. His character as Mysterio’s added flavor to the finely cooked film.

There is Ned, a loyal friend of Peter who stays with him and also enjoys the advantages of having Peter as his friend. Aunt May’s character was a bit disappointing, as she is portrayed as a woman who hardly cares for Peter, even after knowing that he is Spider-man and he risks his life every day for the safety of the people. Happy Hogan, a dear friend and past bodyguard of Tony and the head of securities of Stark Industries. He has a supporting role by helping Peter. Holland and Jake consistently pulled off their character.

Read:   The World to Come Review: A Painful Yet Self-Exploration Love Story

The first half was a bit light and has quality humor. The second half is a bit intensified and has a few action scenes, serious moments, and surprising villain twists. The final fight was eye-catching and held back your thumping heart. This film cleans all the flaws and, taking all the fan criticism from its previous movie, makes perfect storytelling by upgrading itself.

The movie is directed by Jon Watts. The movie is produced by Sony Pictures Home Entertainment along with Colombia Pictures, Marvel Studios, and Pascal pictures, and written by Chris McKenna and Erik Sommers. The second trailer of the movie surpassed the first far from the home trailer and was the most viewed Sony Pictures trailer.

The budget of the movie was 160 million dollars, and it earned 1.132 million dollars worldwide, being the first Spider-man movie to reach the billion mark, and surpassing a lot of records. The marketing and the production is one of the biggest and most expensive for a film. The shooting of the film started in 2018. The film is 129 minutes long. The music was directed by Michael Giacchino. And the cinematography by Matthew J. Lloyd. This movie has an average rate of 7.4/ 10. And received 90% positive responses.

This film did receive a lot of awards, including the “People’s Choice Award” for favorite movie actress, favorite movie star, movie of the summer, kid’s favorite action hero, and best visual effects or animation, and got nominated a lot.

Read: Tom Holland’s Future in the MCU After Spider-Man 3?

This film is comical and has a few adult jokes. The vocational storyline was different and well-developed and had a fun summer-vibe and bright pastel feeling. This film also has a romance in it, where Peter and MJ (his love interest) flirt and awkwardly kiss and showing cute kinships like holding hands asking out for dates which brings a mirror to the reality that young people face at their firsts. Their love story acts as a sweet plot in the movie. Their dates are shown in the movie, and their awkward encounters were hilarious. Tom Holland and Zendaya were greatly appreciated for their deep chemistry in the movie. 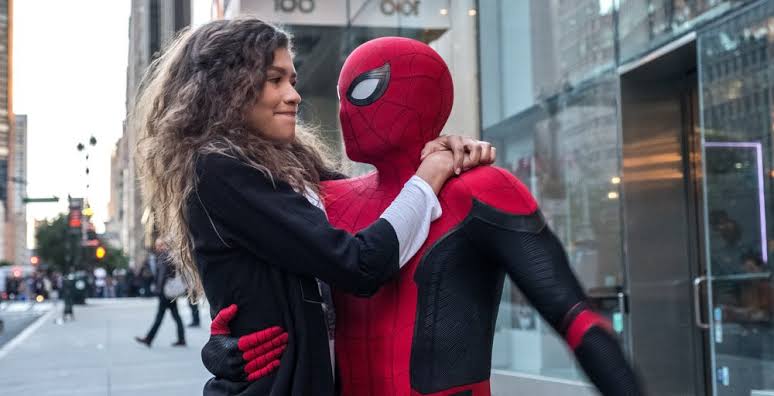 The character development of Peter Park from the previous Spider-man film Homecoming is really praised by the audience. There was a lot of jaw-dropping moments that gripped the audience to the movie and not letting them blink their eye. The acting of the main characters did not disappoint Spiderman fans.

The action sequences, storytelling, and visual effects have been delivered with perfection. The elementals were animated figures, and the effects seemed really cool. The final fight had a lot of visual effect shots, CFX, and VFX work which was super entertaining to watch with 3D effects. The effect stimulation as the different elements such as fire, water, rocks, lava, lighting. The scenes and places in Venice and other iconic places in Europe were beautiful, especially the landscapes shown in the film. The soundtrack was really catchy and went well with the cinematics. The transitions were one of the best. And also, different Spider-man suits are shown in this movie.

The film was released after Endgame and was refreshing and impressive after the devastating end of Endgame, and it perfectly blends the emotions of Marvel fans. The contrary to the serious and dark movie line in Endgame with soft, comic corners of this Spider-man movie, and it serves as a continuation and comes up to the curious audience as an answer to the left doubts. This film meets the ends of expectations of a Spider-man and a superhero movie. The movie is best experienced by the 3D effects.