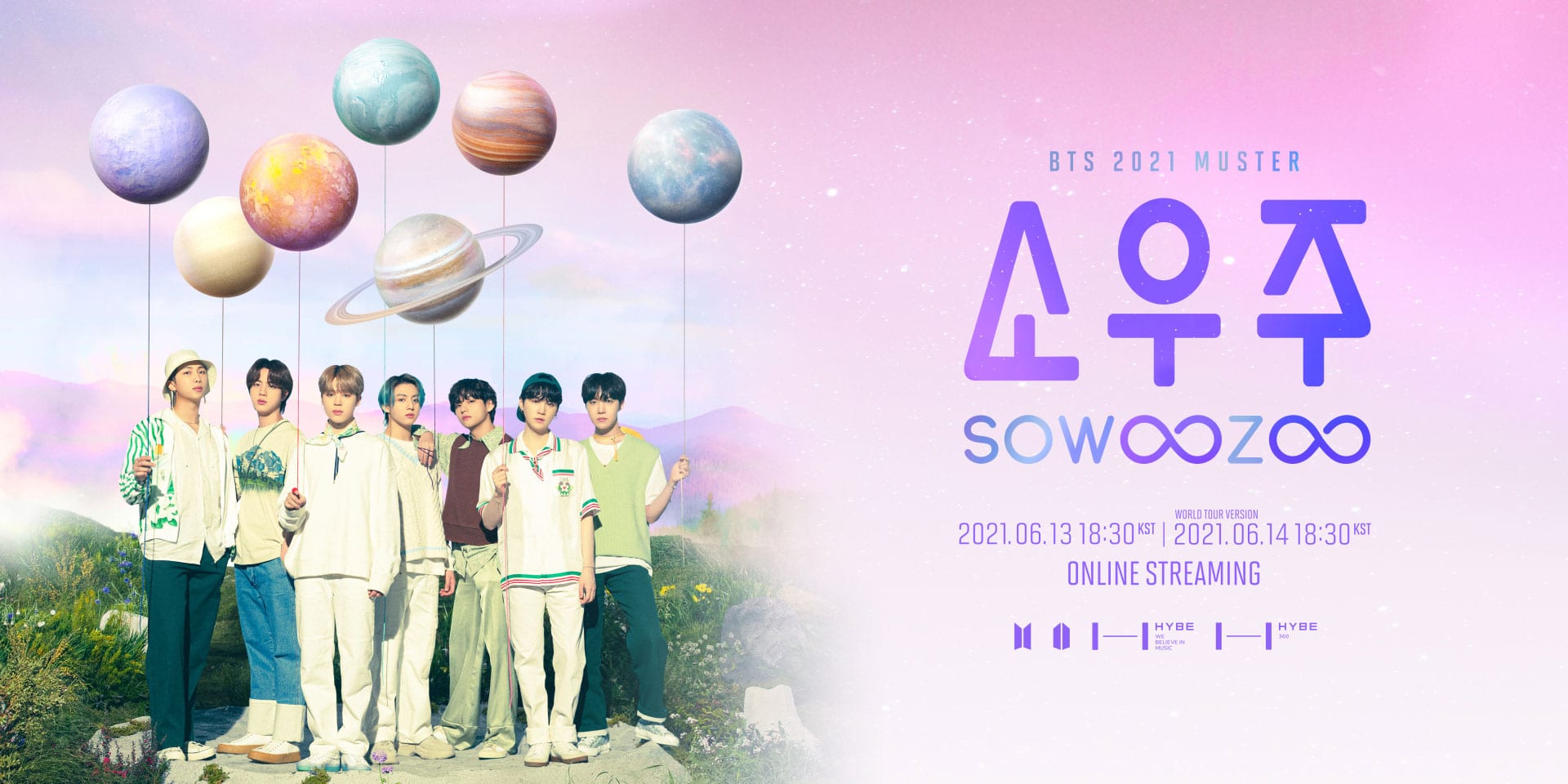 In today’s article, we will tell you everything about the BTS 2021 Muster SOWOOZOO. If you are a consumer of pop culture content, even to the slightest possible extent, you would have to live under a rock to not know who BTS is. Over the last few years, the world has seen a paradigm shift in the way we consume pop culture entertainment content. The South Korean Hallyu wave is at the very forefront of this movement, with BTS as the pallbearer.

BTS is a seven-member band from South Korea. They debuted in 2013 and were initially supposed to focus only on ‘hip-hop’ music. However, with the passage of time and growing popularity, BTS diversified its discography to include various genres of music and showcase its strong prowess. The seven members are – Leader RM (Kim Nam Joon), Jin (Kim Seok Jin), SUGA (Min Yoon Gi), j-hope (Jung Ho Seok), Jimin (Park Ji Min), V (Kim Tae Hyung), and Jung Kook (Jeon Jung Kook). 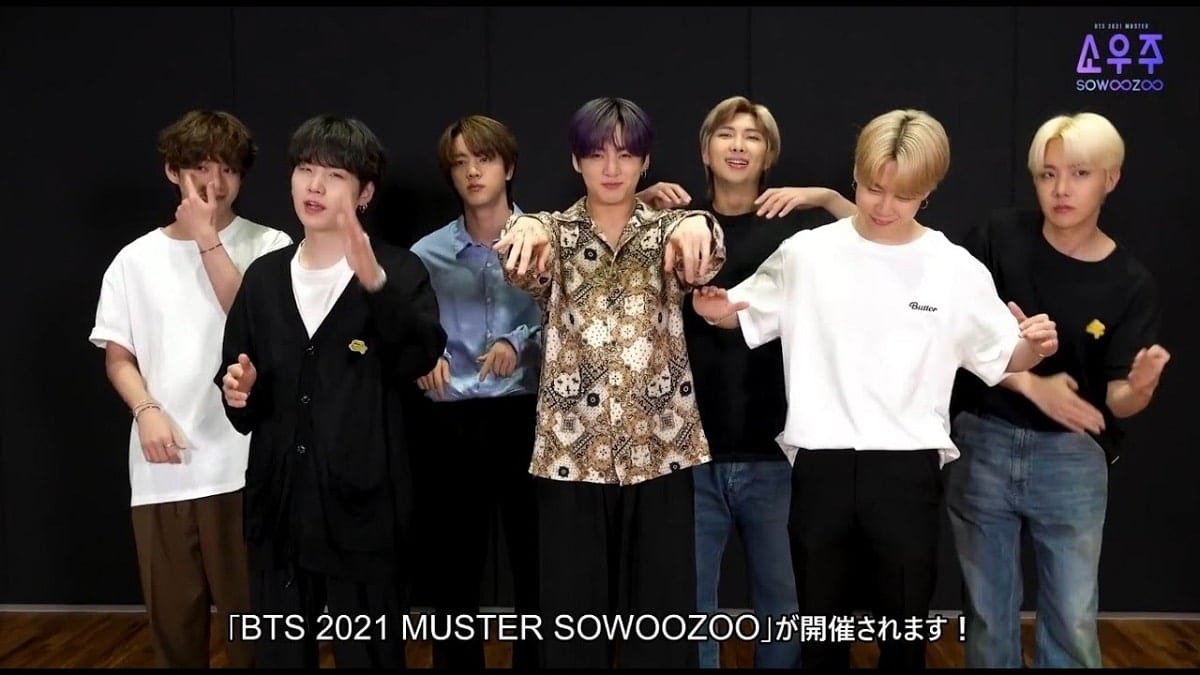 This upcoming weekend, on the 13th of June, the prodigal South Korean septet – BTS is all set to celebrate its 8th Anniversary. The group had debuted with its first song ‘No More Dream’ on this very day, 8 years back, in 2013. Every year, the group celebrates its annual Festa to mark its anniversary. Fans across the world join in the celebrations. This year is slightly different since BTS will, yet again, not be touring. The last year has been very special for BTS as the band has had several grand feats. They earned their first career Billboard Hot 100 No. 1 debut and a Grammy nomination in a major category. All this was possible with their first all-English single ‘Dynamite’. Read on for more information on SOWOOZOO Muster.

To celebrate all these achievements., BTS rolled out extensive celebrations for Festa 2021. Along with the usual Festa content, the band will also be holding a two-day online muster. The BTS 2021 Muster: SOWOOZOO is scheduled on the 13th and 14th of June, 2021. On the second day, the band will perform their songs in foreign languages along with Korean. SOWOOZOO Tickets are available for purchase in Weverse. Here are all the details.

The SOWOOZOO tickets have been divided into several categories. You can either purchase tickets for 13th or 14th June. There is also an option to purchase tickets for both days at a lower price. There are two types of passes – a multiview pass and a single view pass. However, the multiview one is strictly for fans with an official ARMY Weverse Membership. Then there is also the option of a 4K Single view and HD Multiview. However, this is again limited to those with an ARMY Membership.

The sale of the SOWOOZOO Muster tickets started on the 26th of May, 2021. They will be open till 7:29 p.m. KST on the 13th and 14th of June, 2021. The tickets are all priced between approximately $44 and $80. There are several slabs within this range depending on whether or not you have an ARMY Membership and the kind of screen you are interested in.

BTS is very well known for its extravagant performances. Their in-person concerts were some of the best concerts most fans across the world had ever been to. Since the COVID-19 pandemic canceled their mega Map Of The Soul 7 World Tour last year, BTS has so far held three very successful online concerts. The SOWOOZOO Muster is going to be the band’s fourth live online event.

On the 8th of June, the band posted a picture on their official Twitter account. This picture had a few scribbled-out words. One of them was ‘Daechwita’ written in Hangul. Daechwita is the lead single from member SUGA’s second mixtape – D2 which was released last year. Fans across the world are very excited that SUGA may perform Daechwita as Agust-D, his name as a soloist. No other songs that can be performed have been released so far. However, since the second day of the SOWOOZOO Muster – 14th June 2021 is reserved exclusively for foreign language songs, we can expect Dynamite, Butter, Film Out, and Your Eyes Tell on this day. We will know more as BTS releases the setlist.