The romance king of Korean dramas, Park Seo Joon, will now be seen taking on a different role. The South Korean star is reportedly joining the cast of the sequel to Captain Marvel. He will be seen starring alongside Brie Larson on the screen. And his fans cannot keep calm. After the news came out, Park Seo Joon fandom has taken over social media. Moreover, the actor has been trending and is the hot topic of gossip since the other day. Also, the fans are excited to see him in a new role and a foreign film. So, what do we know about Park Seo Joon starring in Captain Marvel 2?

Reportedly, Park Seo Joon has bagged the role in the Oscar-winner Marvel project. His agency, Awesome ENT, has released a statement. It read ” No Comment,” so it wasn’t very useful. Hence, we have to wait for a proper statement from the actor’s representative to get the full details. However, other intel has released info on the actor’s schedule for the Captain Marvel sequel, “The Marvels.”

Park Seo Joon is immensely popular in South Korea. But, there is no doubt that the actor has established a name due to the popularity of Kdramas. Thus, his fans are looking forward to seeing him taking a different role. His unknown character in the new Marvel movie will surely bring diversity to the film.

Marvel’s Captain Marvel just got better. It’s no surprise that the superhero film was a hit. However, now that Park Seo Joon will join the sequel, it will be better than before. Marvel universe is another world, whereas Kdramas are a different world. It will be thrilling to see the fans of the two collide. As the fans are flooding the social media, we have got our hands on all the possible details on Park Seo Joon in the “The Marvels” movie.

Reportedly, his character is not announced. Also, details on his joining are wrapped at the moment. However, reports claim that the 32-year-old star will leave for the United States in the second half of 2021. Currently, he is busy filming his upcoming film “Concrete Utopia.” After completing the shoot of his ongoing project, he will work on his international film. 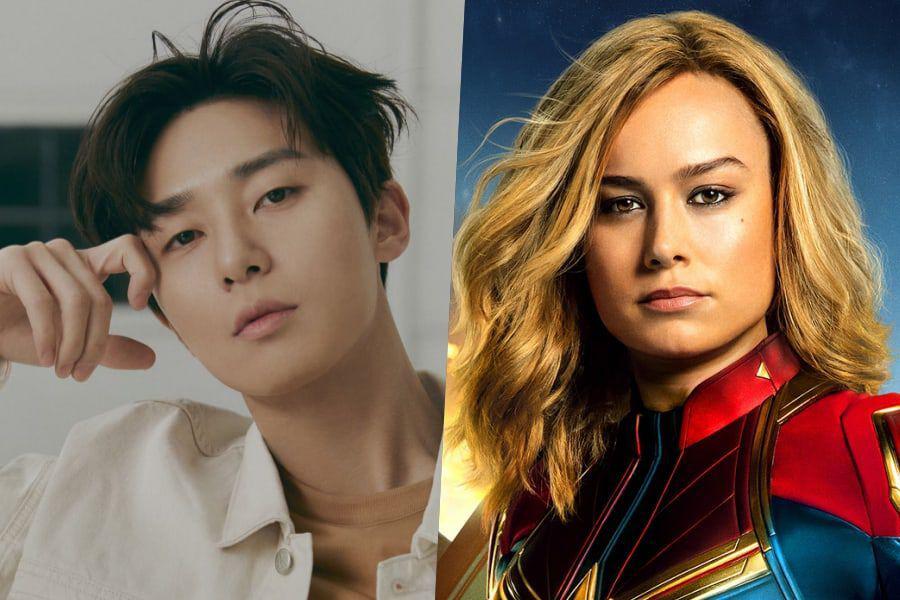 In the sequel, “The Marvels,” he will be seen sharing the screen with Brie Larson, Teyonah Parris, and Iman Vellani. And Nia DaCosta will helm the project.

Park Seo Joon is not the first South Korean star who has bagged a role in Marvel films. He is the third in line after Claudia Kim in “Avengers: Age of Ultron” and Ma Dong Seok in “Eternals.”

Park Seo Joon is widely popular in South Korea because of his perfect “boyfriend” portrayals in Kdramas. Jeomju (Fandom name) is spread all over the world. Due to the increasing popularity of Kdramas, Seo-Joon is easily recognizable.

His career spans over a decade. The She Was Pretty actor recently completed 10 years in the industry and celebrated it by holding a fan event. The actor made his debut in 2011 with a support role in Korean Movie Perfect Game. He then roped a role in Dream High 2 and began his drama career. Since then, the star has appeared in several Kdramas and films.

His work front includes Kdramas like Kill Me Heal Me, She Was Pretty, Fight For My Way, Hwarang, What’s Wrong With Secretary Kim, Itaewon Class, and more. Next, he will be seen in Hard Creature.

Besides dramas, he has also been a part of multiple hit films. He has also appeared in the oscar-winning 2019 Korean film, Parasite. The list also includes The Divine Fury, Midnight Runners, The Beauty Inside, and others. His new film “Dream” is all set to release.

Park Seo Joon and IU Prepare For Their New Film, ‘Dream,’ At The Script Reading

After making a name in his native country, Park Seo Joon is all ready to debut internationally. And we wish him all the best.

In the meantime, watch his hit drama, Itaewon Class here.

Also Read: Billie Eilish Queerbaiting Accusation: All About It