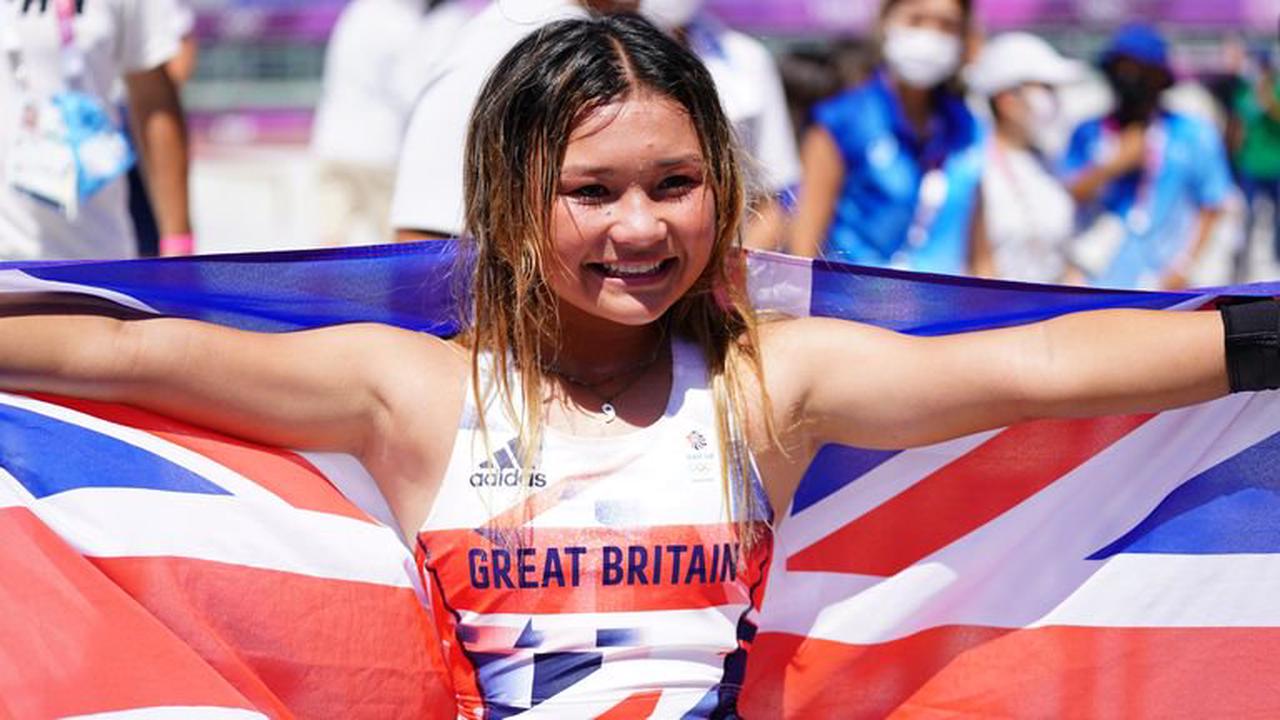 Sky Brown at the Tokyo 2020 after securing third place in the skateboarding event.

This article says all about the famous Sky Brown, a professional skateboarder who represented Great Britain in Tokyo 2020 summer Olympics and brought home a bronze. Brown is the youngest professional skateboarder in the world and the youngest British Olympic medal winner ever. After her phenomenal win, everybody’s eager to know more about her. Sky Brown net worth is topic captivating many people.

She comes from a family of skateboarders. Sky was born to a Japanese mom and a British dad on 7th July 2008 in Miyazaki, Japan. This 13-year-old is not only a pro skater but also an enthusiastic surfer. The youngest athlete after grabbing the first-ever medal in skateboarding for Britain says “It was a super sick final. All the girls were ripping it, it was insane. I’m so stoked. I can’t believe it, it’s unbelievable. The medal feels unreal, it’s like a dream. I can’t wait to show the medal to my family and friends”. She carried off the medal with pride and joy after she received it on the podium on August 4th.

Why Choose Britain and not Japan?

Sky became the youngest summer Olympian and medal winner from Great Britain at the age of 13 years 28 days after beating Margery Hinton. She announced she would be competing for Britain after previously having said she would represent japan. She gives credit to the “more relaxed approach” of the British Skateboarding association. Sky adds saying ” they told me ‘No pressure, just have fun and get out there and that’s why I chose England. My parents thought it would be too much pressure, so we weren’t going to do it. But I begged and begged”.

The 13-year old has knocked a grand fortune that was already destined for her. Estimated Sky Brown net worth now is £3.5million. Now one may wonder how did a kid bring in such a huge grand, well here’s how. She signed a deal with Nike which is of an estimated worth of £4 million which yet again practically makes her the youngest sponsored athlete. She also has a humongous following count on both Instagram and YouTube which comes up as an addition to her fortune through social media advertising. Many might be aware of the release of a Barbie doll that duplicates the 13-year-old skateboarder. 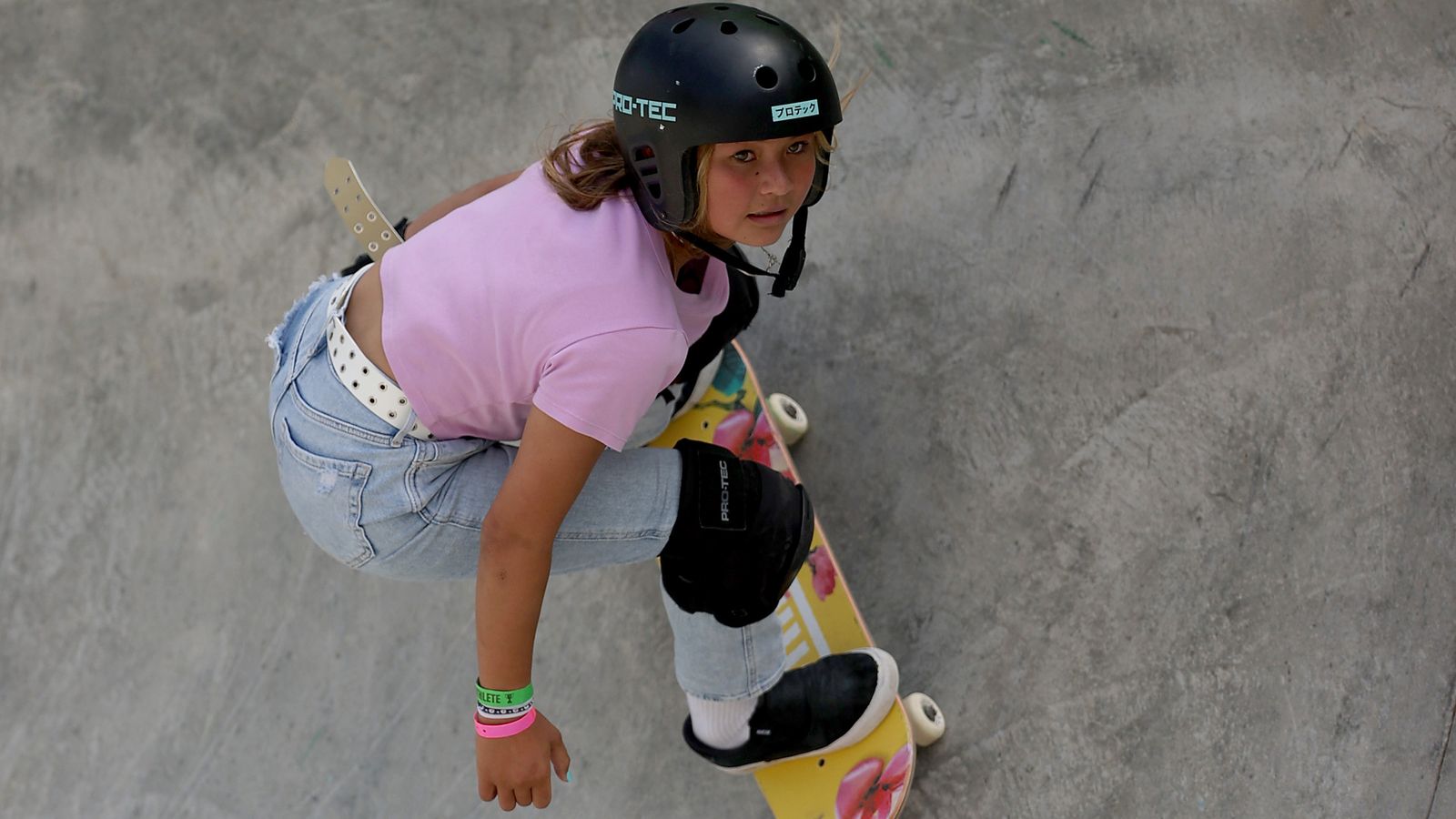 She was also familiar with her win in the US TV talent show ‘Dancing With The Stars: Juniors’ in the year 2018 at the age of 10 making her the youngest contestant. At the age of 8 in 2016, she participated in the Vans US open making her the youngest contestant to take part in the event. She then fell off her board in the heat of the competition. in 2017 she bagged second place in the Asia continental finals and manages to make it to the top 10 of 2018’s Vans park series.

After finishing off smooth in the 2020 Tokyo Olympics she said to have received many offers worth £2 million in endorsements such as tv advertisements and shows. There’s a word echoing around saying that the young kid will be joining hands to work with star brands like Vans, Tommy Hilfiger, Hurley, or Billabong later this year. This will elevate Sky Brown net worth.

Many well-known shows like Ellen, The today show with Sarah and Strahan, Little big shots, and many more talk shows and press outlets featured this young star player. She also released her first single ‘Girl’ in the pop genre in 2020. She can be seen alongside well-known athletes like Simone Biles, Serena Williams in Nike sponsored ads and endorsements. 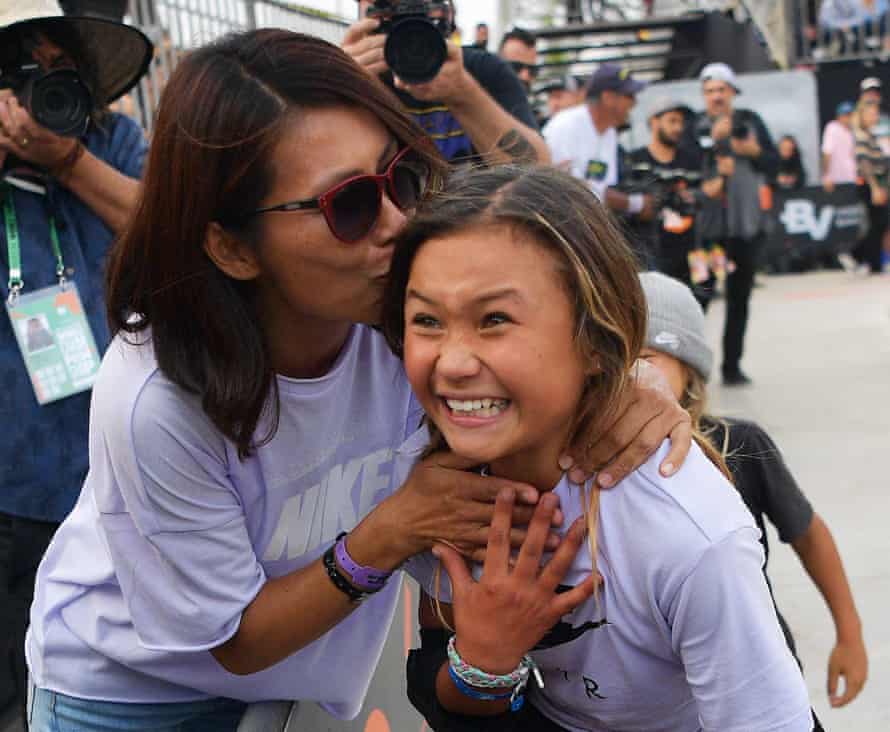 Sky brown with her mom.

Aftermath of the fatal accident

Sky Brown proved that she might be young but in no way less than the other athletes by her performance in the recent Olympics after enduring a fatal injury no less than 18 months ago. She still was recovering from the terrible incident of breaking her skull, hand, and wrist when she was soaring high in the Olympic events. The accident happened after Sky attempted the qualifier round for the skateboarding events in the 2020 Tokyo Olympics on 28th May 2020.

She was training for her event in California when all of a sudden fell from the ramp and was injured in her skull, wrist, and hand. She was unresponsive as the doctors reported on reaching the hospital. “Sky’s had the gnarliest fall she’s ever had and is lucky to be alive. When she first came to the hospital, everyone was fearful for her life”, adds her dad Stuart who hails from Cornwall, England, and is currently taking up the role of marketing manager for his daughter’s social media accounts. 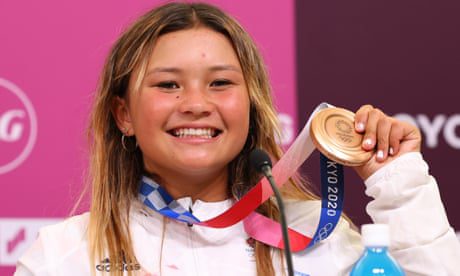 Sky Brown with her bronze medal in Tokyo 2020.

Sky now lives with her family in San Diego, California, US, and spends half a year in Japan where she was born. Her mother Mieko and father Stuart have been her greatest supporters. She has a younger brother called Ocean. He is also a pro skateboarder and creates quite a stir on both Instagram and YouTube. Brown who is a pro surfer considered to try competing in 2021 surf competitions after the Olympics were delayed. She withdrew due to her injuries from the accident.

Also read: Styles P Net Worth: What Are His Total Earnings?