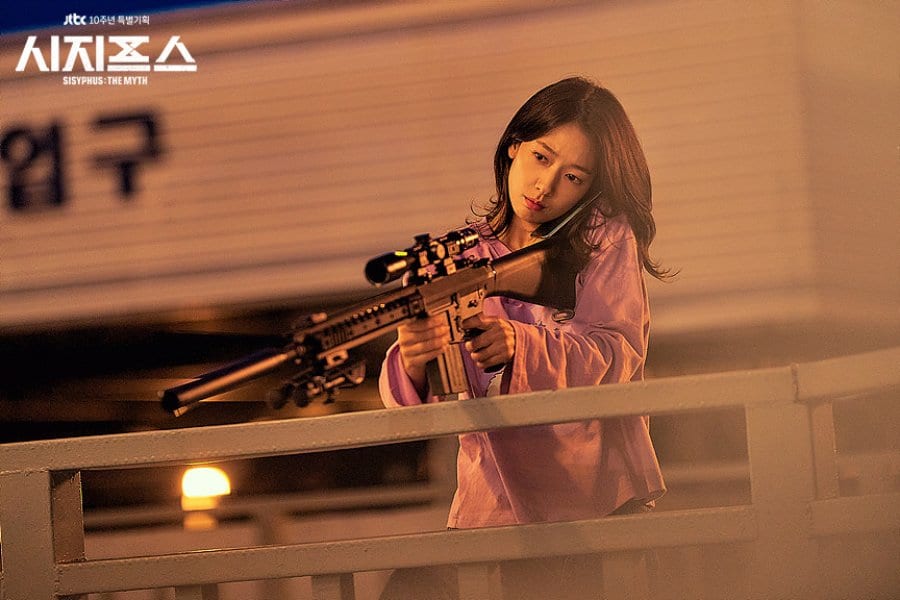 Sisyphus The Myth Episode 11 is about to release very soon on 24th March 2021. Fans around the globe are waiting to know more and more about the show as it nears its end. Sisyphus The Myth is an ongoing South Korean drama starring Park Shin Hye and Cho Seung Woo. With the airing of the 11th episode, we will be left with just 5 more episodes. Currently, Sisyphus The Myth is being aired on the original network that is JTBC and Netflix.

A Quick Recap Of Episode 10

In episode 10, we saw After Kang Seo Hae was injected with a deadly drug, she is now slowly disappearing, though Han Tae Sul managed to save her, yet she hasn’t overcome the full danger yet. Kang Seo Hae’s father sees her wanted poster and comes in to help her out. Seo Jin, on the other hand, is still hiding her true face and is beating around the bush due to the unstable health conditions of her mother. Hence Seo Jin is still getting blackmailed by stigma in return for her mother’s drugs. 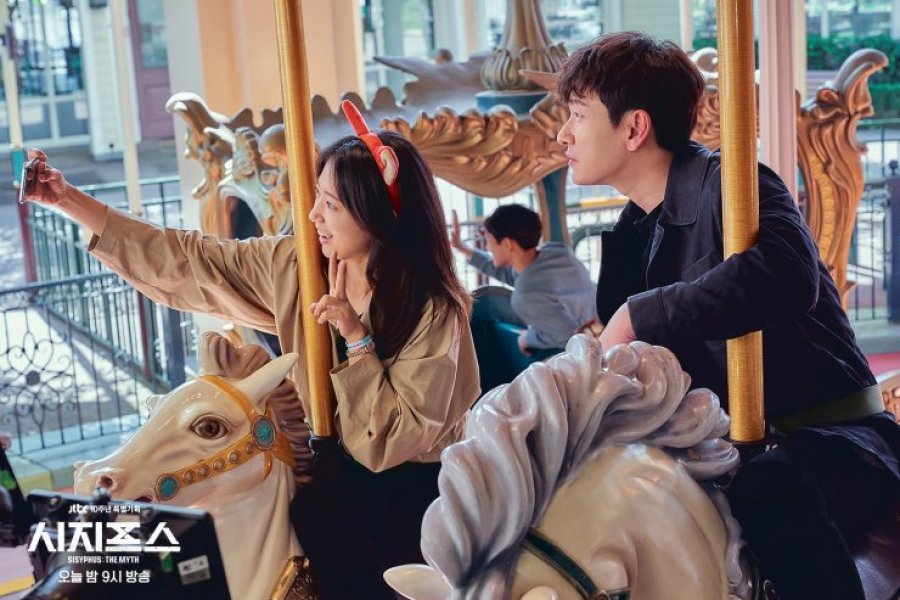 We also got to see the soft side of Mr. Park, who helps Han Tae Sul in releasing Kang Seo Hae. Mr. Prak further helps them in dealing with Kang Seo Hae’s current situation and tells them there is the cure to stop her from disappearing and leads them to a girl who runs a small orphanage. It turns out the girl is non-other than Seo Jin herself. To hide her real identity from others, Seo Jin disguises herself as Kim Agnes and runs the orphanage to give shelter to the illegal entrants. Also, the revelation of stigmas true identity was yet to happen, we see stigma revealing his identity. Later in 2035, Kang Seo Hae leaves a message for her father, stating she is going on a mission in the past and will surely return with victory. The episode ends on that note.

What to expect from Sisyphus The Myth Episode 11

In episode 11, we can expect stigma to clear few more puzzles for the viewers for better clarity. We will also see Han Tae Sul going in the past to help Kang Seo Hae, stigma hints a few clues before Han Tae Sul, what does he exactly mean by it isn’t clear. Past memories with unmatched strings are seen, and Han Tae Sul tries hard to connect them in order to come to a conclusion. Han Tae Sul goes in the past with someone’s suggestion, who help him and who gave the suggestions isn’t clear yet. If he fails to do so, he won’t be able to come. They are lost in Han Tae Sul’s past, and he is seen utterly confused and clueless, something is wrong, but what exactly they need to find out to get out from the past. Stigma is also seen stating he is the last piece of the puzzle for my plan, he further also asks Han Tae Sul to shoot him. What does he want, and why does he want Han Tae Sul to shoot him isn’t clear. The episode will be a turnover and will surely answer many unanswered questions. 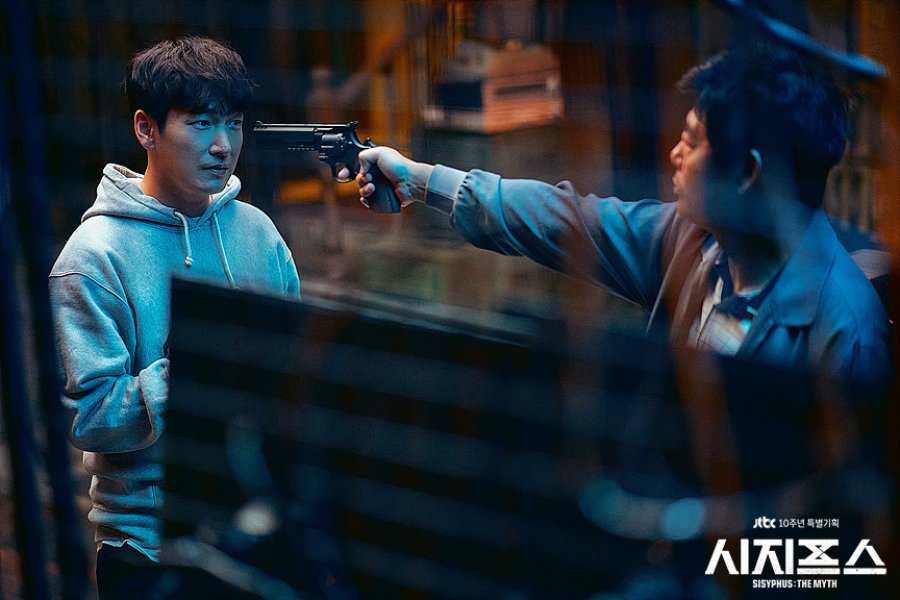 A still from the K-Drama Sisyphus the Myth

Under the direction of Jin Hyeok and screenwriting under Jeon Chan Ho and Lee Jin In, Jo Seung Woo and Park Shin Hye has been cast as the main leads. The new paring of Park Shin Hye and Jo Seung Woo is very much liked by their fans and audience. In major support roles, we have Sung Dong II, Tae In Ho, Chae Jong Hyeop, Jung Hye In, Kim Jong Tae, Choi Jung Woo, Go Yoon, Heo Jun Seok, Kim Byung Chul, Jeon Gook Hwan, and many others. Lee Hyun Jun is also seen as a Member of the Control Bureau. Apart from the main role and the supporting role, several other actors and actresses have been part of the drama as guest roles. 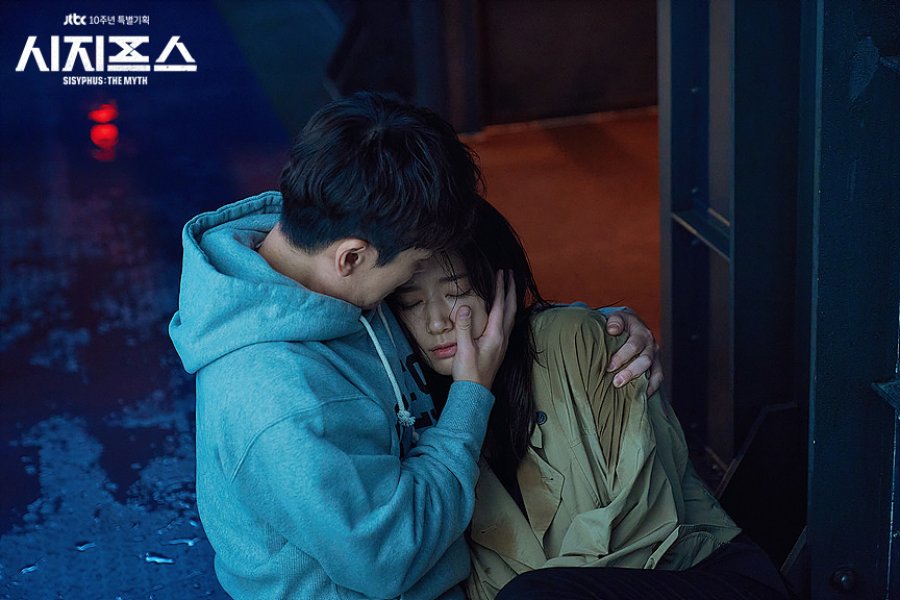 Where to Watch Sisyphus The Myth Episode 11

Sisyphus the myth can be watched on the original network JTBC. It airs every Wednesday and Thursday on JTBC at 21:00 KST. It is also available for global fans on the international streaming site Netflix along with subtitles. So, if you are a big K-Drama fan, you definitely don’t wanna miss out on this drama. So, tune in to Netflix and watch it anytime.