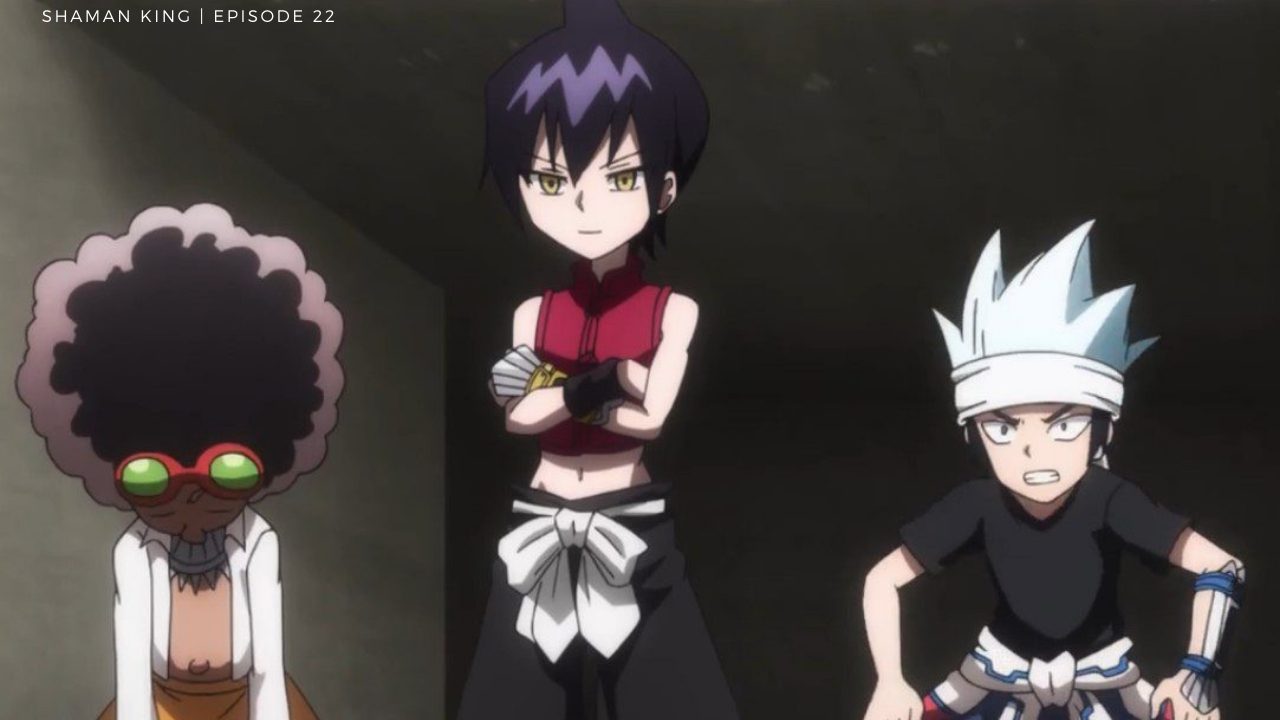 The rival war between brothers Asakura Yoh and Asakura Hao starts with Shaman King (2021) Episode 22 with Team Ren defeating Team Hao after a fierce battle. This will be available on Thursday this coming week. Shaman King (2021) reveals the Shaman Fight to determining the new Shaman King. From the latest episode of Shaman King (2021), Chocolove showed a brilliant performance, and Ren finishes Hao’s minion using the power of the Great Spirit. Hao is glad that his team will be facing worthy opponents in the following rounds. Asakura Yoh is excited that Team Ren has won, and they are ahead of Team Hao.

Asakura Yoh teases Chocolove for missing the target, and Chocolove explained what happened. Horohoro wonders if that has to be funny. Anna asks why they are laughing at him, and Ryu decides to talk about something. Ren comments that those weaklings lack something. Horohoro replies that Ren might be a cool guy, but it is not like the whole family is cheering him. Ren gets furious since Horohoro is taking all the shine. The Doz brothers arrived with injuries, and Ren realizes that these guys are the ones who got punished by Chocolove. Manta and Ryu wonder why their rivals are here.

The Boz Brothers explained their case and revealed that they had dropped that name and are regular Monks. They talked about Guma Prefecture Grass II Ray Temple and dreamed about becoming the world’s first Buddhist Monk Band. One day, when they were training to become the world’s best, ”HE” appears in a flash. They asked him how old are you, son, and he told them to come with him. Asakura Yoh realizes that it is Asakura Hao.  The Boz Brothers decided to abandon their dream and join Asakura Hao.

The episode title is ”Iron Maiden Jeanne.” The Boz Brothers regret that they left their dream following someone who almost killed them. They that Asakura Yoh and his team for giving them a chance to start over. They also thank Chokolove for sparing their lives. Chocolove replies that he did what he thought was right. Asakura Yoh asks them about their new name since they have dropped the old one. The two changed their outfit and said that they are Bozu Brothers. The crew realizes that they add ”U” at Boz to make it Bozu. The Bozu Brother leaves. 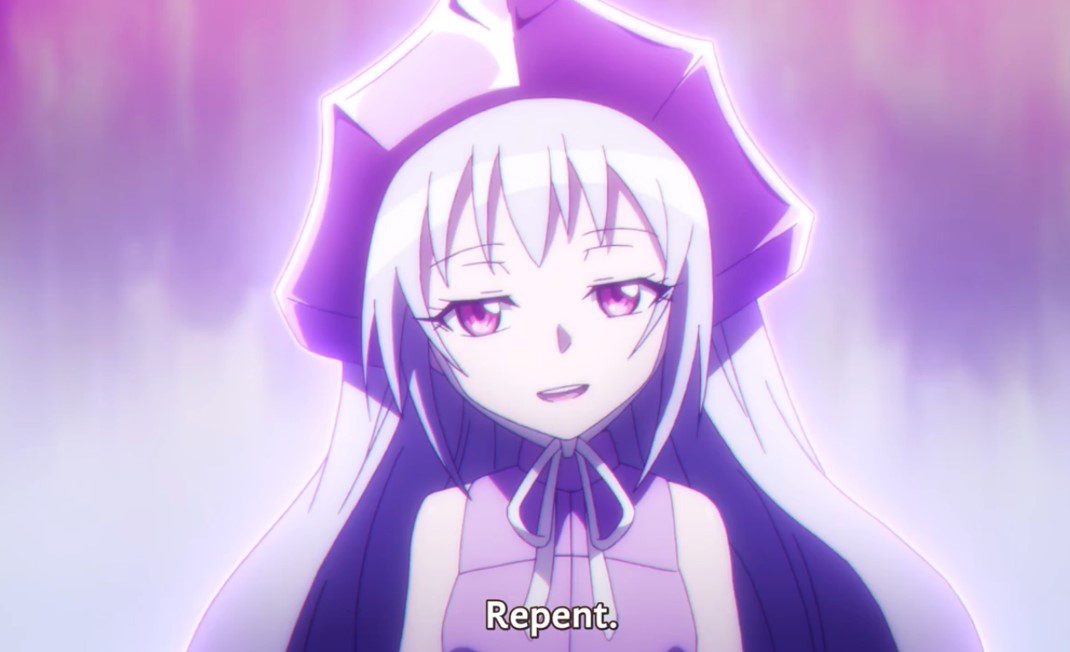 Ryu reminds the Shamans that the next match will start soon and realizes that his Oracle Bell has the match card.  Ryu saw something that shocked him and his haircut change, and he looks like a lady style. Manta realizes that something is terrible since Ryu’s pompadour has changed. Ryu can’t belie that he will fight with the guy he admires. Later they announce Match Two of the Semana Fight in Tokyo. The two mystery men in white enter the ring. They call themselves X-I, and Asakura Hao realizes that the X-Law’s top team is starting early. He talked about Iron Maiden inside the X-Laws’s boss.

Hao saw Lyserg and realizes that he met him eight years ago, and he has become a member of X-Laws. Hao can’t wait to face the boy, and Team Yoh realizes that Lyserg has joined the X-Laws, and Yoh decides to cheer them. The Mummies enter the ring and make a grand entrance. Marko asks them if they can talk later since it is time for battle. Iron Maiden Jeanne sentences Anatel to death and slashes him with a blade. Marko explained about God of Justice, and the fight continues as she smashed the remaining guys. 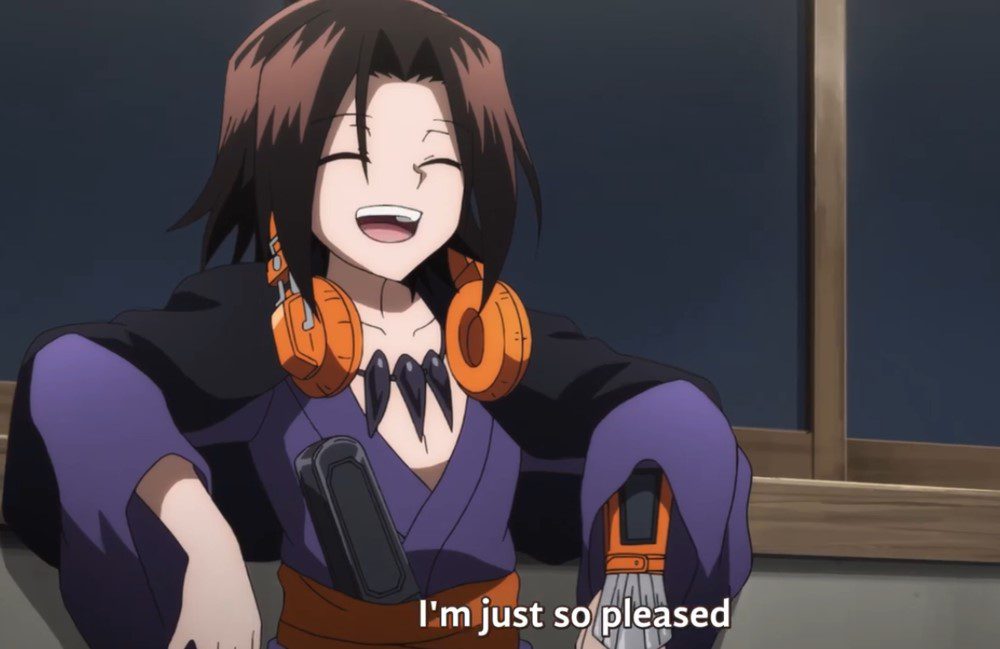 You can watch Shaman King: (2021) Episode 22 online on Netflix and bilibili. Shaman King (2021) will officially update the news on the website. This anime air on Nextflix with English subs.