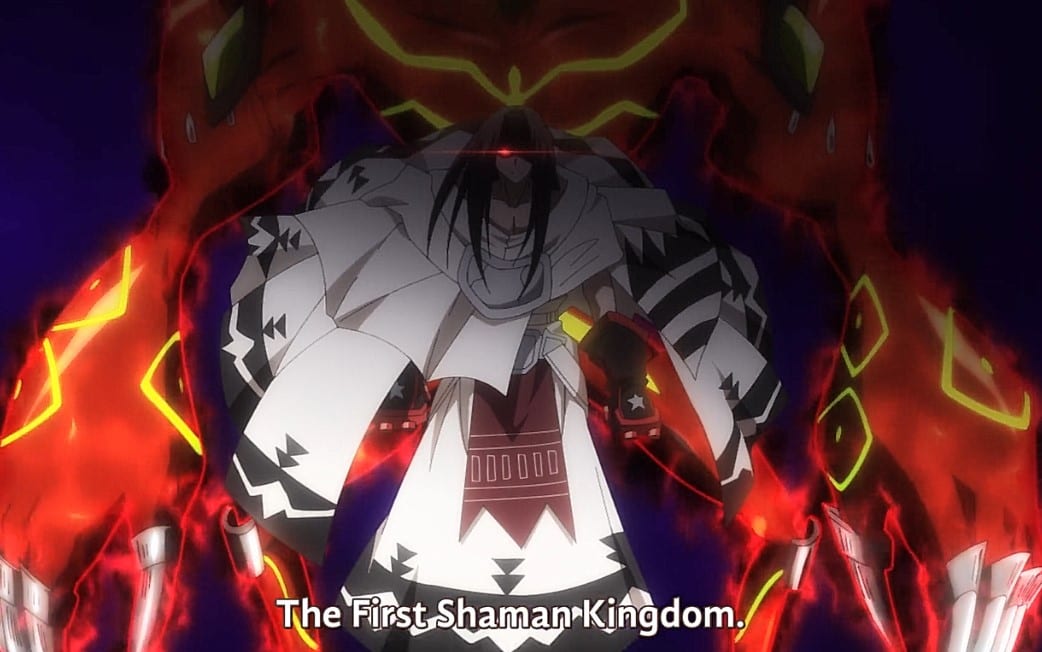 The young boy, Asakura Yoh, who possesses the Spirit Ghost Amidamaru, chases his dream to become the Shaman King. The final rounds of the Shaman Fight are about to begin. In the recent development of Shaman King (2021), the boys encounter a mysterious Shaman, Hao, who punished them and realizes that the guy has a giant Spiri Ghost and they have no match against Hao. Horohoro ends up smashing some cocky punks who were teasing his clan. The episode begins at the graveyard, where two shamans are talking about their finished job. The guy said Lilirara had fulfilled her role.

That guy comments that the ones who get in his way will pay. The guy gets revealed to be Hao, who killed Lilirara us a Giant Ghost’s claws that pierce through Lilirara’s body. Hao took her powers and said she is returning to oblivion. Asakura Yoh felt that Lilirara had called his name and his friends wonder what has happened in the morning. Horohoro replies that they are coming from her place and there is no need to worry. The Wooden Sword Ryu adds nothing will happen since they are shamans.

Tao Ren reminds the guy that they have a long journey, and if they stop, he will leave them behind. Later the crew arrives at a Pool Motel, and  Ren notices that Yoh is still worried about Lilirara. Ren reminds Yoh not to be weak, and Yoh apologizes that his mind is somewhere. Asakura Yoh said that he is concerned about Hao. Ren gets furious that the Hao guy punished them in their last meeting. Ren believes that Goldva and the ten officiants know about the new shaman Hao.

The two talked about what happened 500 years ago and the incidents related to Hao. The episode title is ”Lyserd the Avenger.” Ren wonders why the higher-ups are allowing an evil guy like Hao to take part in Shaman Fight. Asakura Yoh replies that they will know when they reach there since Shaman Fight is getting stranger and stranger. The two also talked about the First Shaman Kingdom, and Ren realizes Hao’s ambition. Asakura Yoh said he would stop Hao since they are shamans or not; they have to live good lives.

The two realize that they have precious family and friends, and they can’t let anything happens to their beloved ones. Asakura Yoh realizes that it too selfish for an evil guy to destroy everything that people created with strenuous efforts. Asakura reminds Ren that everything will get settled when he becomes the Shaman King. Meanwhile, at Mount Lucky, a new shaman appears and realizes that there is someone who knows about the patch village. In the morning, Yoh wakes up all the guys to continue with the journey. 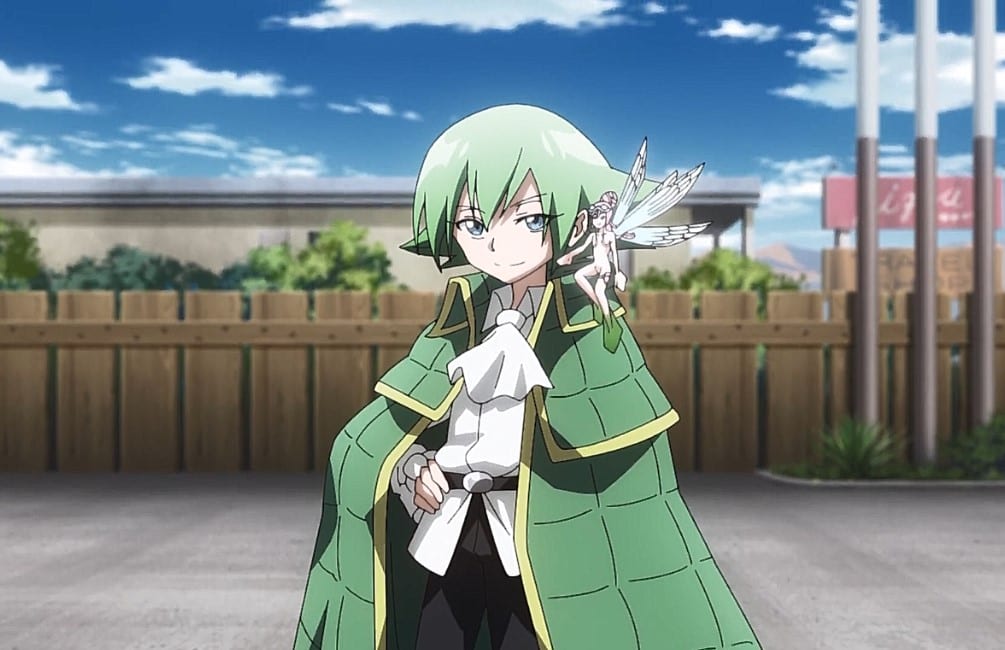 Asakura Yoh shows the guys the map that he received from Lilirara and said they are 300 km north of Yonta Fe. Horohoro asks who made Yoh the boss to give them directions, and Ren said it is him. Ren looked at Horohoro and said they are traveling the same path even though they got destined to fight soon, and they need a leader is Asakura Yoh. Horohoro and Ryu realize that it would have been a difficult journey if Ren became their leader. Ren told the two to level Yoh since they are weaklings. The two reply that they will instead have Yoh as the leader than having Ren bullying them.

Asakura Yoh told the trio that they can leave now and reach Mount Lucky after 200 km. Doringo is the location of the Patch village that Seminoa warriors were hiding 500 years ago. But the Patch village is not there anymore. The green-haired shama appears and asks Yoh to take him with them. Horohoro wonders who that guy is, and the guy said he is from England and participating in the Shaman Fight. That guy’s name is Lyserd Diethel, and his Guardian Spirit is Morphine. Lyserd said his goal is to be the greatest detective in the world, and he’s glad he met them.

Horohoro can’t believe that Yoh is allowing participants that are enemies to join the crew. Lyserd decided to brawl with Horohoro and said it would be a ticket to join their team if he wins. Horohoro got defeated with Homing Pendulum along with Ren, who decided to interfere. Ren is surprised that the whole wire is Over-Soul. Lyserd felt that he saw Hao on Yoh’s face, or it could be his imagination or the two are connected. Mikasa receives the news that he must leave the area since Hao is about to make his move. The old geezer told Anna that she would learn the truth about them.