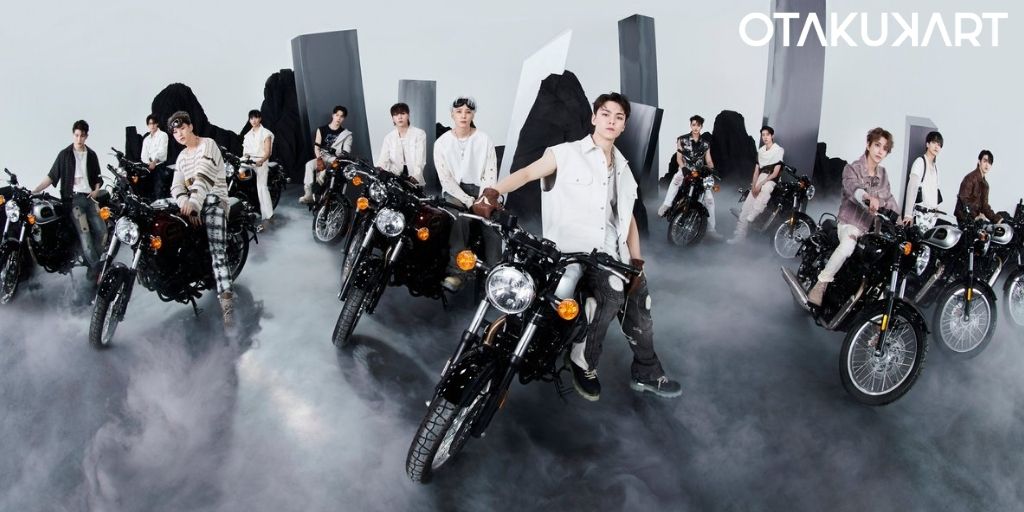 Carats, time to rejoice, as SEVENTEEN has made its much-awaited comeback! With the English single, ‘Darl+ing’ released a month back, the boys are back with a full-length studio album. And you know what makes this album more special? It is just the next day after they celebrate their seven years anniversary as a group. Fans couldn’t have asked for a better gift for SEVENTEEN’s anniversary. It’s their 4th album in this 7-year long career. For those who don’t know, SEVENTEEN is a K-Pop group comprised of 13 members, namely S. Coups, Jeonghan, Joshua, Jun, Hoshi, Wonwoo, Woozi, DK, Mingyu, The8, Seungkwan, Vernon, and Dino. All the members are talented beyond words, and one special aspect of SEVENTEEN is that they are a self-producing group.

The new album is called Face The Sun. The album contains nine new tracks, whose glimpses we had already got in the highlight medley that was dropped four days back. SEVENTEEN had already got a sweet gift after their albums crossed 1.74 million pre-orders within a week of its pre-ordering period. Furthermore, on 20th May, the group broke its record again, as pre-order album sales crossed the 2 million benchmark. The group had already been a million-selling artist for six consecutive years. Now that they have become double million sellers, they have a new record to break, which we don’t think will be difficult in their next comeback.

The boys have blessed us with nine fresh tracks this comeback season, 1 being their single Darl+ing which we already are in love with. Each song has its own unique vibe. Just like the name of the album, FACE THE SUN, the boys have outdone themselves, walking their own path facing the sun and breaking away from the shackles that bind them. It is all very deep, and listening to the tracks will give you much more insight into the theme.

Furthermore, the album is a perfect symbol of the group’s growth, which we have got especially after their 7th anniversary. As always, the album is a labor of love by the SEVENTEEN members.

Tracks from FACE THE SUN:

As the first track of the album, we have “Darl+ing,” which, as mentioned above, is their single, which is fully in English. The song is bound to make you feel butterflies in your stomach and make you miss that one love you might not have even have experienced yet. 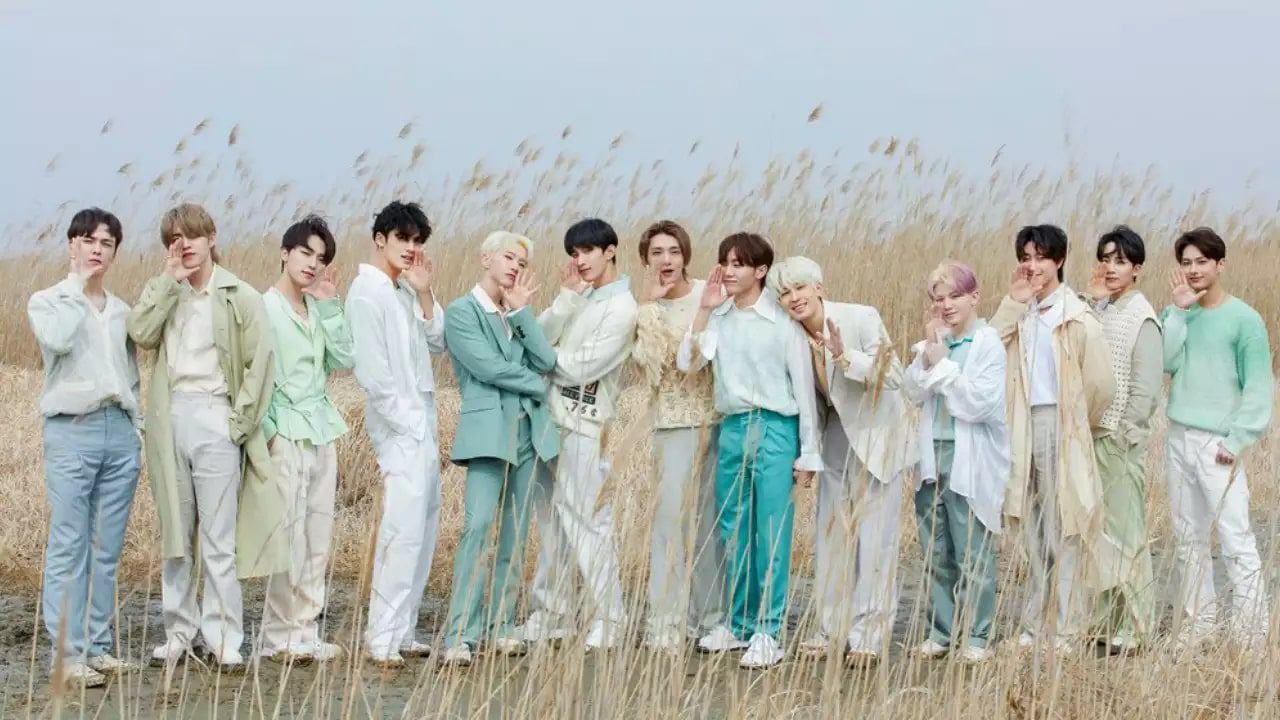 Next, we have our much “HOT” title track. Yes, the title is HOT. And the song completely justifies its name. The lyrics are by member WOOZI. He is also the composer of the song. WOOZI is credited for the composition of most of the SEVENTEEN songs, and this album is no different. HOT is an upbeat hip-hop track and is such a bop!

Going ahead, the third track is Don Quixote. We don’t think it’s like the novel the song is named after. The song is a beautiful blend of rock and hip-hop. WOOZI is again the one who wrote the lyrics and composition.

Up next, we have the 4th track, MARCH. The song is so uplifting to listen to. Its lyrics, its lyrics, everything just makes you drop and run for your dream under the blazing sun. The rock genre of the song is perfect for the theme of the song. The song is also written and composed by WOOZI. Wonwoo is credited, too, with writing the lyrics. 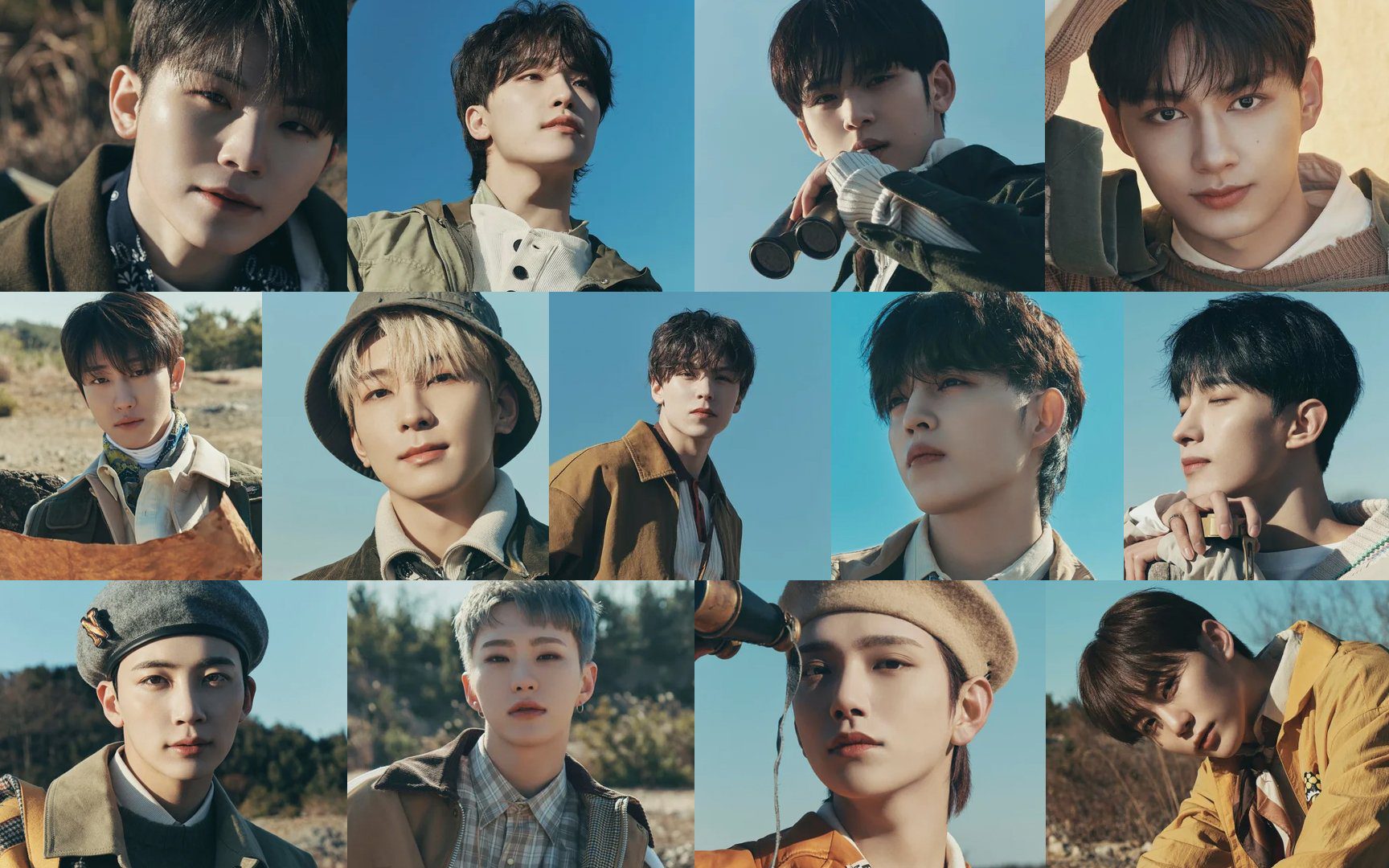 As the 5th track, we have the song DOMINO. It is another sweet confessional love song. The boys can’t help but express how hopelessly they are in love, falling for that person like a set of DOMINOS does. Quickly and fully, all at once! Not lying; we are crumbling and falling for their charms like a falling set of DOMINO too. Member Mingyu has assisted WOOZI in writing the lyrics.

Their next and 6th track is called SHADOW. From the lyrics, we get to understand it’s a much deep song. It is about accepting our darkness and all our flaws, as it is what makes us a whole being. The song is a true embodiment of what the entire album is about – About breaking away from what bounds and soaring like the sun. Furthermore, Maknae Dino has also helped in writing the lyrics and composing the song.

Following Shadow, we have the track ’bout you, which is more fun to hear. The catchy beats will get you hooked on the song one second into the song. The song is, undoubtedly, written and composed by WOOZI.

Further, we have the 8th track, If You Leave Me. It was written and subsequently composed by WOOZI, S.Coups, and Hoshi. It is a beautiful ballad song with lovelorn notes. A very heartfelt song if you ask me. 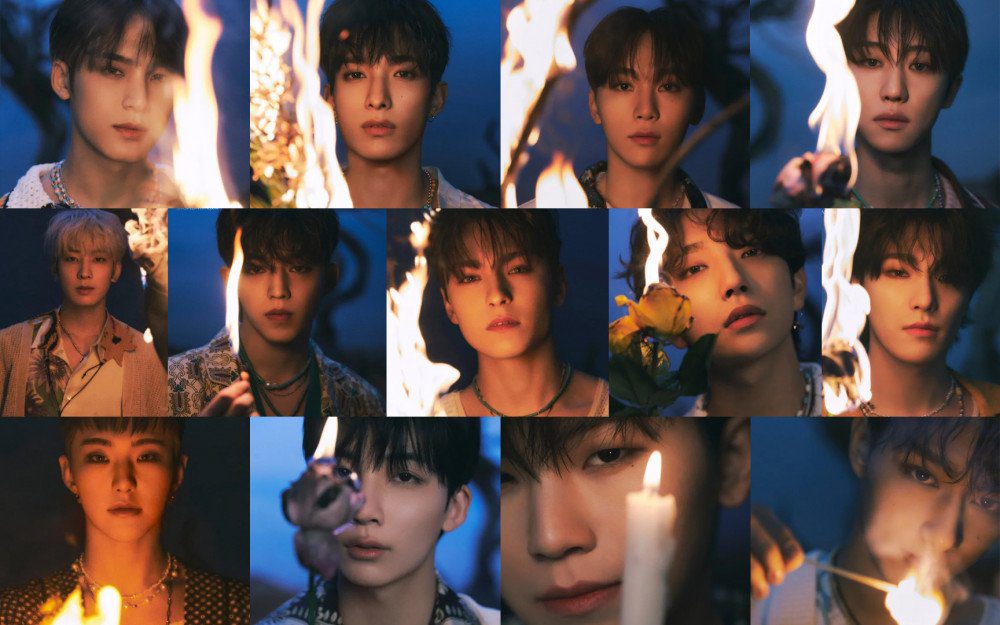 Last but not least, the 9th track on the album is Ash. This upbeat hip-hop song has to be one of my favorite tracks from the album. The song feels like a perfect climax to an amazing, intense album. Member Vernon has participated in lyric writing and also in the composition of the song.

Don’t forget to watch SEVENTEEN’s comeback show on 28th May 2022 at 7 PM KST. The show can be viewed on SEVENTEEN’s official YouTube channel.