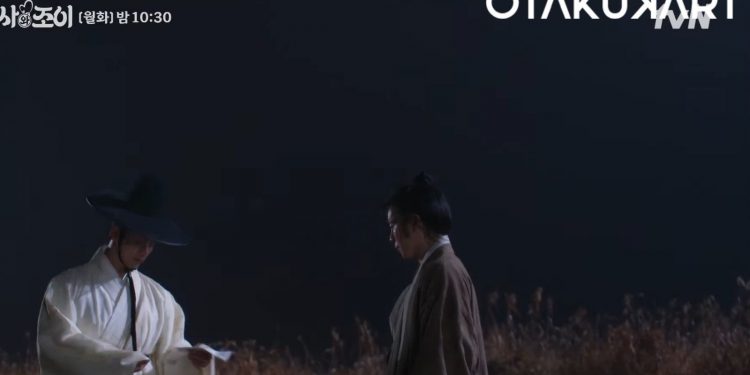 Two more episodes, and the historical comedy-drama, Secret Royal Inspector & Joy will conclude the beautiful journey. But, the viewers are still waiting for Ra Yi Eon and his team to win the fight battle against Park Seunf (Jeong Bo Seok). With the finale approaching, the audience will also get to know the mystery behind the death of the crowned prince and the king’s involvement in the murder.

With Park Tae Seo’s change of heart after reuniting with his mother, he might become the most vital component in Ra Yi Eon’s army. Also, he can unwrap all the dirty secrets of his father.

Sadly, the preview for Secret Royal Inspector & Joy episode 16 is unavailable right now. However, with the teaser clip of Ep15, we can decipher the upcoming events in the Hanyang village.

Tae Seo finally knows about his legitimate relationship with Park Seung. However, while on his way to get his father’s love, Ra Yi Eon captures him and tries to get a word out of him. After calming down, Park Tae Seo tells him that Park Do Soo (Choi Tae Hwan) poisoned the prince. Also, Park Tae Seo provides him with evidence to bring Park Seung down.

Therefore, get ready to see Ra Yi Eon and Park Seung in one last fierce battle. Ra Yi Eon is prepared to fight them with his creative skills, even though he lost his royal title. Hope and light are visible in the upcoming episodes.

So, make sure to gather for the finale of Secret Royal Inspector & Joy.

All the drama episodes are initially released on the tvN network via cable. However, the broadcast through tvN is only possible for the residents of South Korea.

If you are an international Kdrama fan, you will need to tune in to Rakuten Viki and WeTV to watch Secret Royal Inspector & Joy episode 16 online. Rakuten Viki or Viki will allow you to watch the drama online with a subscription. Buy a plan, and you can access the tvN drama and many other Kdramas. Also, Viki provides subtitles in English and other languages for a better experience.

WeTv also follows the same pattern as Viki. You can watch Secret Royal Inspector & Joy online on WeTV with a subscription. Moreover, you can get subtitles in English and other foreign languages. WeTV also houses several other Korean dramas.

What To Expect From The Finale?

There is a lot you can expect from the finale of Secret Royal Inspector & Joy. For starters, Kim Jo Yi and Ra Yi Eon’s next big step in their relationship. The duo is an adorable pair and cracks up the audience with their frequent rendezvous. However, after winning the battle, we might se the two settle together.

Plus, Kim Jo Yi’s backstory and her parent’s secrets will overflow in the new episodes. Her mother is already away on Taeil Island. Now with her father in the picture, she might get some shocking revelation about her family.

Lastly, fans are eagerly waiting for Park tae Seo’s story. The antagonist has made everyone’s eyes moist with his storyline.