‘Sad Tropics’ Korean Film has announced its final star cast. And surprisingly, the producers have made a decision of staying with the initially chosen cast. There was a lot of confusion and doubt regarding who will star in the film ‘Sad Tropics’ along with Go Ara, Kim Kang Woo, and Kang Tae Joo. The reason behind this was the controversy that involved Kim Seon Ho. This controversy was so huge that many projects dropped the actor. In this article, we will tell you all the details you need to know about the ‘Sad Tropics’ Korean film final star cast. Along with it, we will also discuss why the finalizing of the star cast was delayed?

The last project that the actor Kim Seon Ho was part of before the controversy was ‘Hometown Cha Cha Cha’. Also, the actor was confirmed to star in many films and dramas before completing the ongoing project. But when Kim Seon Ho was at the peak of his career, his ex-girlfriend dropped a bomb. What was the allegation made by Kim Seon Ho’s ex-girlfriend? We will find out what happened in this article. The month of October 2021 was filled with two groups. One who was supporting Kim Seon Ho and the other who was dropping him from all the potential projects. Keep reading to know the reason behind this controversy.

‘Kim Seon Ho’ was removed from many projects.

Before the allegation, the South Korean actor was supposed to star in a KBS2’s variety show ‘2 Days & 1 Night’ season 4. Also, after ‘Hometown Cha Cha Cha’ the actor was supposed to debut in the films ‘Sad Tropic’. But the producers suddenly dropped the actor because of the controversy. Even the producers of the project ‘Dog Days’ were considering ending the contract with the actor.

And all this was because Kim Seon Ho’s ex-girlfriend accused him of forcing her to get an abortion in the false pretense of marriage. When the allegations first surfaced, Kim Seon Ho’s agency took a little time to clear the air. But soon, the whole story came to light when the news outlet Dispatch released the true story. Many netizens can in support of Kim Seon Ho and were against the producers who were not acting professionally. So with the netizens’ support and the truth, Kim Seon Ho was again considered for the projects that he was dropped from. And recently, the ‘Sad Tropics’ Korean Film Final Star Cast was announced. It is confirmed that Kim Seon Ho will star in the lead role of  ‘Sad Tropics’ along with Go Ara, Kim Kang Woo, And Kang Tae Joo.

So, the actors we will see in the ‘Sad Tropics’ South Korean film are Kim Seon Ho (Male lead), Go Ara, Kim Kang Woo, And Kang Tae Joo. Many fans are also excited to see Kim Seon Ho and Go Ara share the screen. The film ‘Sad Tropics’ will be Kim Seon Ho’s film debut, but for Go Ara, it will be a major project after 5 years. Her last big role was in the action film ‘Phantom Detective’. This film was released in 2016, and Go Ara played the role of President Hwang.

The production house of ‘Sad Tropics’ also announced the feature of Kim Kang Woo And Kang Tae Joo in the South Korean film. But their roles were not disclosed. Moreover, we are really excited for the film as it is being directed by Park Hoon Jung. He has done much impactful work, but the most prominent work of his career are ‘New World’ and ‘The Witch: Part 1. The Subversion’. 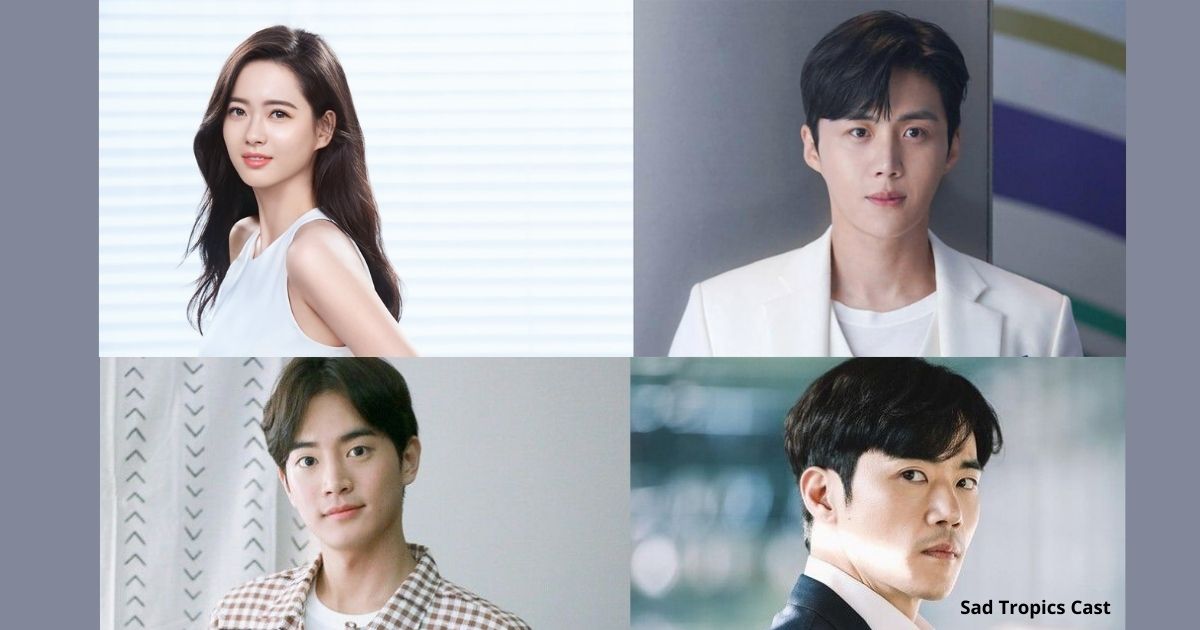 The ‘Sad Tropics’ film shooting is scheduled to start in December 2021. Even though we don’t know yet anything about the filming location, we will update our viewers when it is announced. So make sure to stay tuned with Otakukart for new and exciting updates.

Also Read: What Are The Creatures In Hellbound & Their Significance?