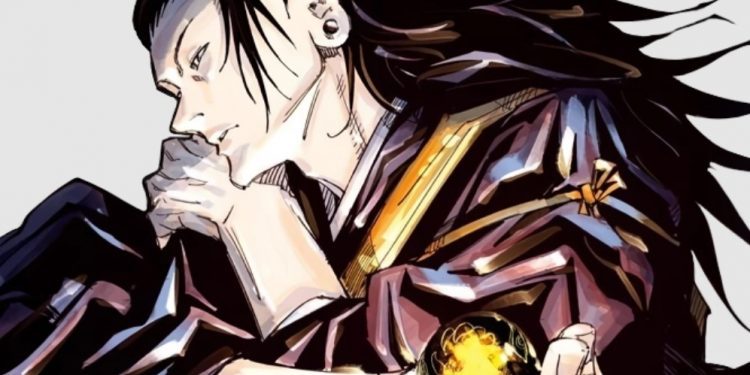 Jujutsu Kaisen Chapter 168 reveals Yuuji winning the trial after confessing to killing someone. But Higuruma didn’t accept that since he believed that it was Sakuna. In the meantime, Kogane adds another rule of the Culling Game. Jujutsu Kaisen has returned after getting delayed. In chapter 167 of Jujutsu Kaisen, Higuruma and Yuuji sits together and talk about transferring points. Higuruma promised Yuuji to give him 100 points since Yuuji had won. He talked about rule 8 and the calculation of the score. Kogane approved that and revealed rule 10.

Rule 10 states that players can transfer points to whoever they like. Higuruma announces that his points must be given to Yuji, and Kogane agrees with that. Yuuji is glad that he will get the points, and Kogane announces that, and Yuuji realizes that none of them will be subject to Cursed Technique Removal for nineteen days. Higuruma decided to leave after transferring points to Yuuji. But Yuuji wanted to tell him something and shouted out his name while asking what he would do. He asks him if he can help his team. Higuruma looks back and reveals about two leftover points.

Yuuji asks about the barrier, and Higuruma reveals that he turns himself in and leaves the room. The two points that Higuruma was talking about belongs to the judge and the prosecutor he assassinated before arriving in Tokyo. He has decided to plead guilty and get punished since he will feel uneasy about staying with Yuuji.  Yuuji is left alone, wondering. Megumi and Reimi face Reggie, who think Megumi is strong, but his Shikigame game is sufficient. Reggie tells Megumi to join them, or he will die. Reggie asks Megumi if he knows something important about the Culling Game.

Megumi explains what Culling Game is and what happened during the game. He realizes that he should not talk about Master Tengen. Reggie is interested that Megumi knowing the Culling Game and asks if he knows Kenjaku. Megumi knows that Reggie will ask him about Kenjaku and asks if Megumi talks about the sorcerer connected to Kenjaku. He also talked about what Megumi told him about Players’ Cursed Energy. Megumi tries to think, and he knows that if he gets it wrong, Reggie will suspect him. Reggie wonders if Megumi was joking about the Culling Game.

He talks about three reasons and explains them to Megumi. Reggie also revealed about a thousand players equally divided among ten Colonies, making each Colony hold a hundred. He knows that there are stronger sorcerers among those players like Kashimo and Higuruma. In each barrier, there is one more potent sorcerer. Reggie also talked about the guys who have defeated 60 players and above. Megumi realizes that it means the weak one has already been defeated since the Colony is too quiet. He asks Reggie if he tells him that the game will quickly reach a deadlock.

Reggie reveals what has already happened in Tokyo No. 2 Colony. He also revealed how the Players died during the transfer since they couldn’t handle the pressure. He also talked about the rules of the Culling Game. On the other side, Geto had meetings with the higherups. Geto reveals what will happen to Kengaku when strong sorcerers remain. That will be exciting since the Culling Game would serve its purpose. Cut to Reggie’s place; he reveals that he gathers strong comrades. Megumi tells him that he has questions and asks why Reimi is still alive while she is weak.

Also Read: Will The Shinomiya Family’s Matter Get Settled In Chapter 247 of Kaguya Sama Love Is War?

Jujutsu Kaisen Chapter 168 will be released on 12 December 2021. Megumi believes that Reggie will kill Reimi to earn points. Reggie reveals why he can’t kill her and Reimi’s purpose in the Culling Game. Reimi thinks that Reggie will protect him if she serves her purpose. Megumi unleashes his Demon Dog and says he will join Reggie, but he must give him 100 points. Reggie vs. Megumi begins. Let’s look at Jujutsu Kaisen Chapter 168 official details.