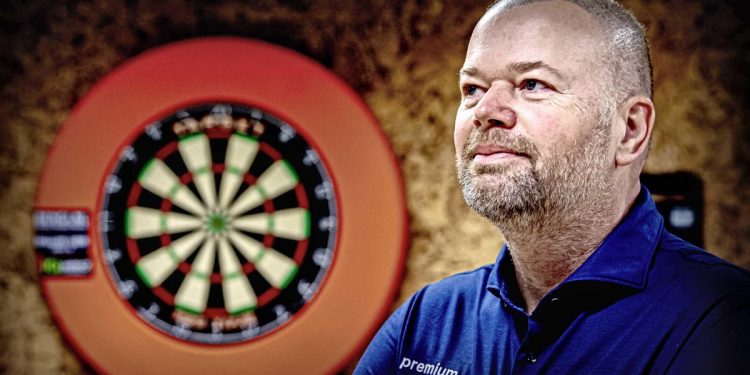 Though Darts is seen as a casual game, some people consider it to be a sport. If you follow the Darts League, you will be familiar with the name “Raymond van Barneveld”. He is one of the most famous dart players coming from the Netherlands. He had made his first appearance in the Darts scene back in 1984. Ever since then he has managed to get into the top of the Leagues. He had won several of the World Tournaments and has finally reached the top. In this article, we will be finding out what is Raymond van Barneveld net worth? How much does the world’s best dart player earn?

He has won the International Darts League three times and the World Masters and World Darts Trophy at least twice. With such a huge success rate in the international scene, there was hardly any doubt that he was one of the best out there. He had started participating in the International leagues in 1995. However, he was officially declared to be the number one player in 2008 in the PDC World Championship when he had defeated Phil Taylor, who was then considered to be the number one player in the world.

Do you know that he had failed twice before actually making it to the World Championship? The first time he entered the Championship, he got defeated just in the first match, quite badly. The second time the same occurred again. However, in 1988, he came back stronger and managed to beat Richie Burnett. Burnett had defeated Barneveld the first time by 3-0. However, this time, it was Barneveld’s victory. From there on, Barneveld made sure to change up his strategies, not lose focus, and kept on conquering all the World Championship titles until he got to be known as the Best Darts Player in 2008.

Also Read: Jennifer Ellison Net Worth: How Much Does The English Actress Earn?

Raymond Van Barneveld was married to a woman named Silvia. However, back in 2020, it was found out that they both were about to get divorced. Although it is speculated that they had separated way before, as Barneveld already had a girlfriend by the time the divorce news surfaced. He already has three children from the first marriage. He has a son and two daughters named Mike, Daisy, and Patty. Though we cannot tell exactly when he started dating his new girlfriend for they have been together for quite some time. Her name is Julia Evans. Both of them had met in a darts tournament, so it can be understood that she is also quite interested in the sport.

In the month of May 2021, Barneveld also known as “Barney” in the World of Darts, faced a collapse. The PDC Players Championship tournament had just started, and he was in the first match against Ryan Searle. The five-times World Champion was defeated by the England player. However, what shocked the people was not the defeat but right what happened after it. Barney had immediately collapsed in the Arena.

Paramedics were called and he was given immediate medical assistance. However, he was not hospitalized. After a day, he had tweeted out that he was fine. He also thanked everyone in the Arena for helping him out immediately. He had not revealed what exactly happened, however, from the course of events, it could be said that he might have blacked out. He had once revealed that he suffers from Type 2 diabetes, this could also be the reason for his sudden collapse. Unfortunately, he could not continue in the Championship anymore.

Also Read: Shirlie Kemp’s Net Worth: How Rich Is The English Singer In 2021?