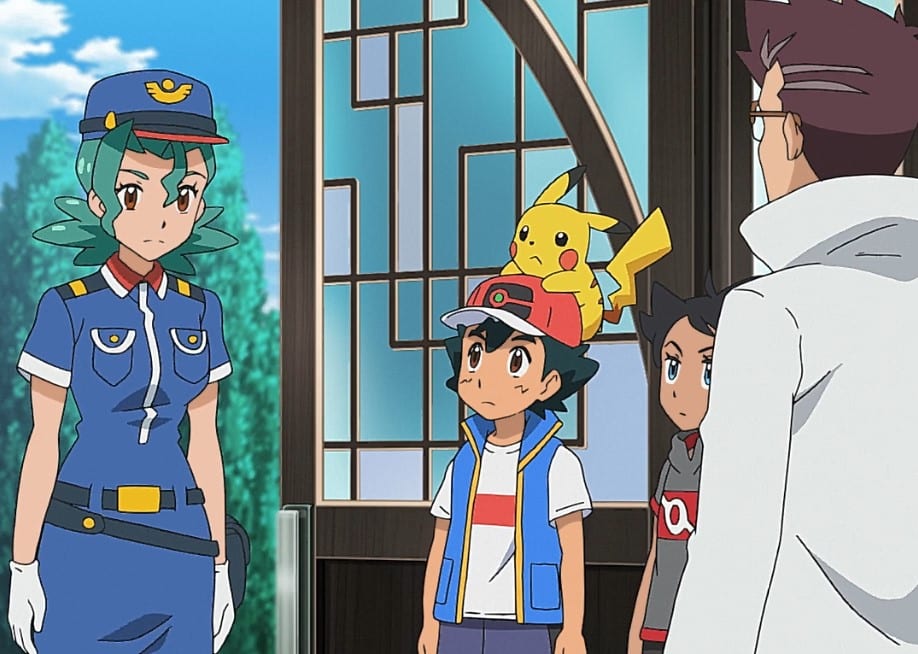 The same story of two adventures continues as they pursue their dreams and goals. Satoshi heard a doorbell and welcomed Ms. Junsa with her Pokemon. Without even greeting, Ms. Junsa asks if Director Sakuragi is here. Goh wonders why Junsa is so severe. Suddenly Director Sakuragi arrives and greets everyone and asks if there is a problem. Junsa reveals that they are here to asks about a case that’s been taking place here in Kubachi City over the last few days. Sakuragi, Goh, Satoshi wonders what Junsa is saying.

Junsa comments that the detective in charge will give them more details. She reveals that she has come with the chief investigator assigned to the case, Detective Decker. Sakuragi introduces himself, and Detective Decker told Sakuragi to call him Decker. Decker apologized for coming so early and told Sakuragi that he wouldn’t take his time. Sakuragi told Decker to feel free and asks what he wants. Decker asks Sakuragi to gather up all the Electric-Type Pokemon they had at the Park. They later gathered the Pokemon.

Decker looks at the Electric-Type Pokemon and comments that it what he has expected from the Sakuragi Institute. Sakuragi wonders what this is all about, and Decker replies that it is a formality. Decker took a drawing of a Pokemon and tried to match it with all Electric-Type Pokemon. Satoshi notices that Decker is staring at Pikachu and comments that something is fishy. Decker smiles while saying he knew it, and he does not doubt that this is the culprit.

Decker pointed at Pikachu and said, it was you. Satoshi is surprised that Pikachu is the culprit and wonders what Pikachu has done. Decker cuffed Pikachu and took Pikachu under his custody. Decker reports that the suspect was apprehended at 9:23 Am. He hits Pikachu with that police motto they say after arresting a criminal. Satoshi asks Decker why he is charging Pikachu. Decker asks if Satoshi is Pikachu’s trainer, and they got a witness. Goh questions Ms. Junsa about what is happening.

Ms. Junsa reveals that there’s been a string of cases of electricity getting stolen from houses in Kubachiba City. The power cuts during the night, and when the police force investigates, they keep on finding an abnormal amount of power consumption. The police force sent a team led by Detective Decker. They weren’t able to find clues, but they have valuable witness testimony. One guy told the police force that he saw Pokemon that resembles Pikachu, and they sketched him. 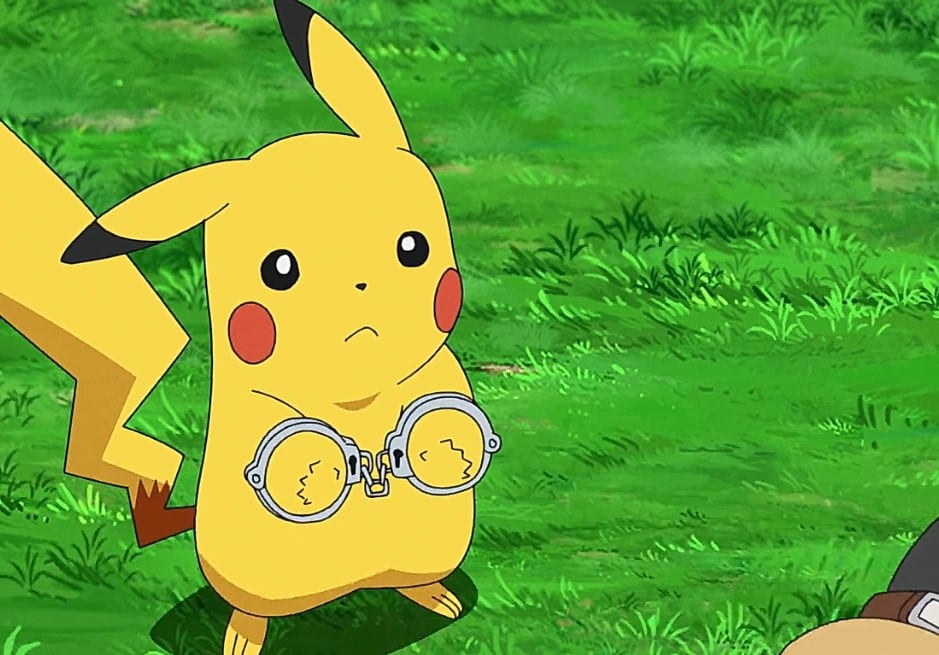 Decker show Satoshi a sketch of Pikachu, and Satoshi realizes that it is Pikachu. Goh comments that the culprit might be another Pikachu. Decker explains why he is taking Pikachu under his custody. Satoshi replies that they fall asleep early at night. Decker comments that Pikachu might have been sneaking out in the middle of the night when Satoshi is sleeping. Ms. Junsa thinks that arresting Pikachu is a bit extreme, and they must first gather more evidence. Decker comments that his cop’s instinct is never wrong.

Decker showed them an arrest warrant and commented that Pikachu is getting arrested. He told Satoshi to save the objections for the station. Later at the police station, Decker interrogates Pikachu. But they have a language barrier since Pikachu speaks Pokemon language. Pikachu keeps on saying Pika in everything that Decker asks him. Decker told Pikachu to stop telling him Pikaa and accepts his charges. Decker notices that they won’t get anywhere with this and bribe Pikachu with Pokemon food.

Pikachu finished the food, and Decker thought Pikachu would spill the bean, but the answers were the same. Outside the room, Sarunori wishes he was Pikachu enjoying that food. Later Satoshi and the crew join the police force to help find the culprit. They find that the culprit is a Team Rocket. Pikachu punished Team Rocket for ruining his name.