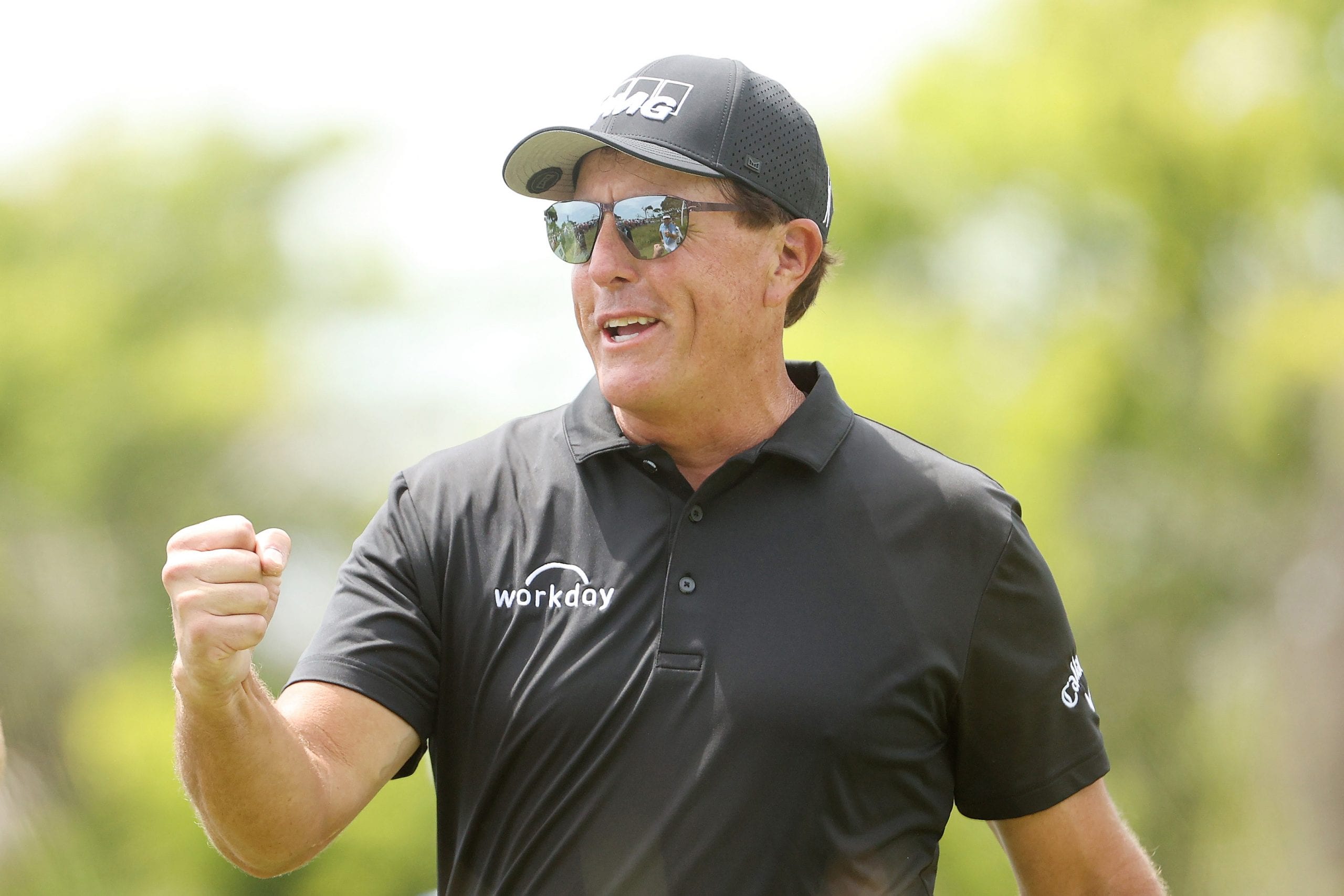 The famous golf player Phil Mickelson is known for his play. But there is only a little that we know about his life and career. This legendary player is regarded as one of the richest golf players in the world. So what is his total net worth in the year 2021? Mickelson was born on the 16th of June in the year 1970 in San Diego, California, to parents Philip Mickelson and Mary Mickelson. His father was an airline pilot and also an Ex naval officer. He was raised in Scottsdale, Arizona, and has Portuguese Swedish, and Sicilian ancestry. His maternal grandfather was a caddie at Pebble Beach Golf Links. Phil started learning Golf at a very young age.

And he learned golf left-handed even though he was right-handed. This was because he used to mirror his father’s playing which was actually right-handed. This led him to learn how to play left-handed. He started his golf training even before he started school. As his father was a commercial pilot, so they used to play several times a week. Phil was super creative with his shots and had an extensive practice area in their San Diego backyard. He graduated from the University of San Diego High school in the year 1988. 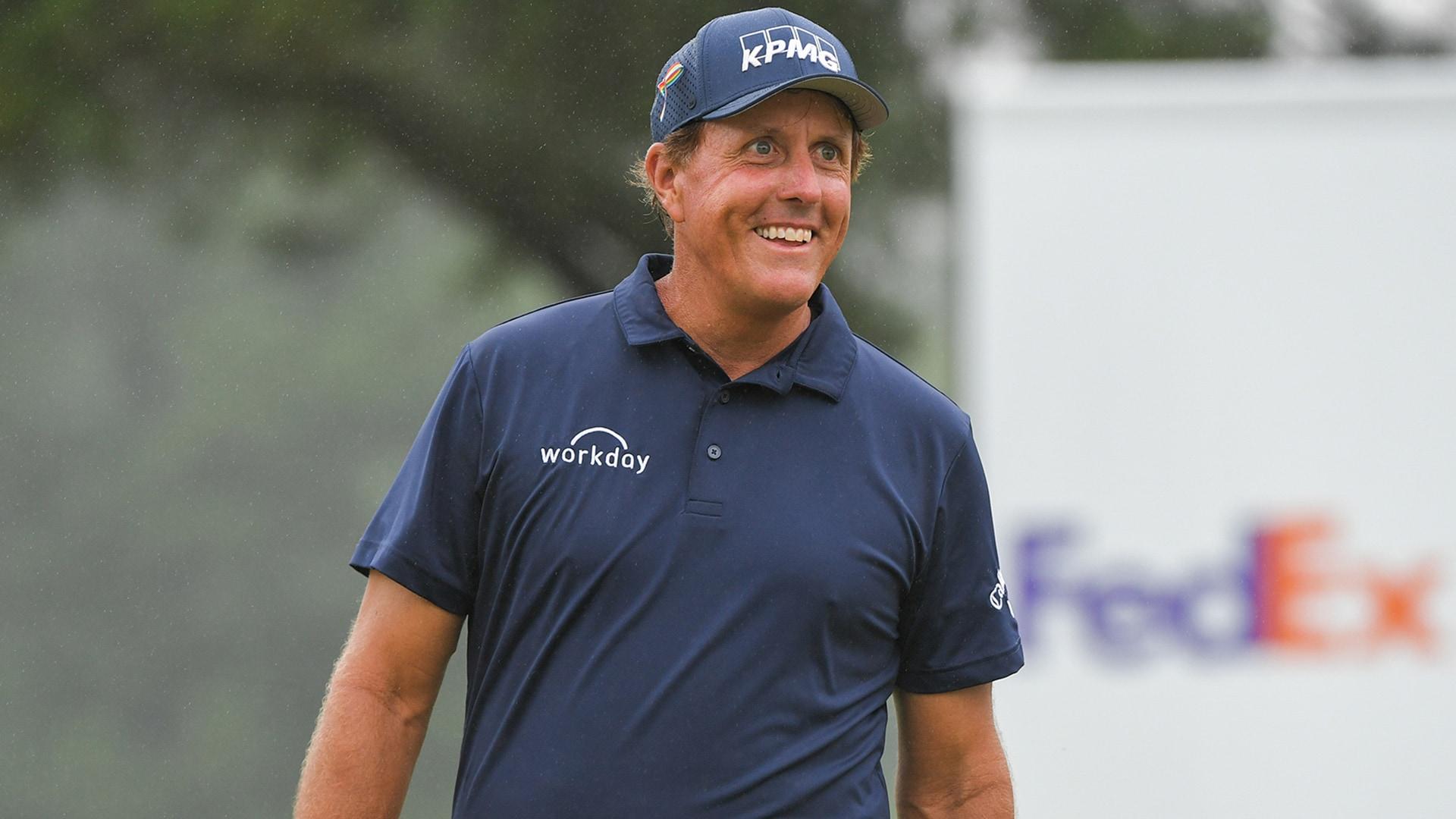 Mickelsson also has the nickname Lefty, and he often uses this in his professional play. At the PGA Tour, he has won almost 45 events, and this also includes six major championships, three masters titles, and one open champion. The PGA Tour is an organizer of a professional golf event. He won these titles in the year 2004, 2005, 2006, 2010, 2013, and 2021. He’s also the oldest major champion winner in the history of PGA after his 2021 win at the age of 50. He is also one of the 12 players in the history of golf to win three out of four major championships. He has the record in the major of being runner up for six times and winning every single one except for the US Open.

On the Official World Golf Ranking, he has spent more than 25 years in the top 50 and has also spent over 700 weeks in the top 10 positions. His career-high world ranking is at number two. He has achieved this several times in his life and mainly while he was a member of the PGA Tour. Even though he is naturally right-handed, he played his game left-handed which is another marvel of his unique game and makes it more peculiar. His name is also inducted into the World Golf Hall of Fame in the year 2012. He has also won several awards and honors in his Highschool and college times for his play.

Mickelson entered his college via a golf scholarship and also became the face of amateur golf in the United States. He gained three NCAA individual championships and three Haskins Awards as one of the outstanding collegiate golfers. After winning three individual championships, he also has the record for the most individual NCAA championships. He shares this along with Ben Crenshaw. Mickelson has also led the Sun Devils in the NCAA team title in the year 1990. And in the course of his college career, he has won a total of sixteen tournaments.

Phil Mickelson Net Worth in 2021 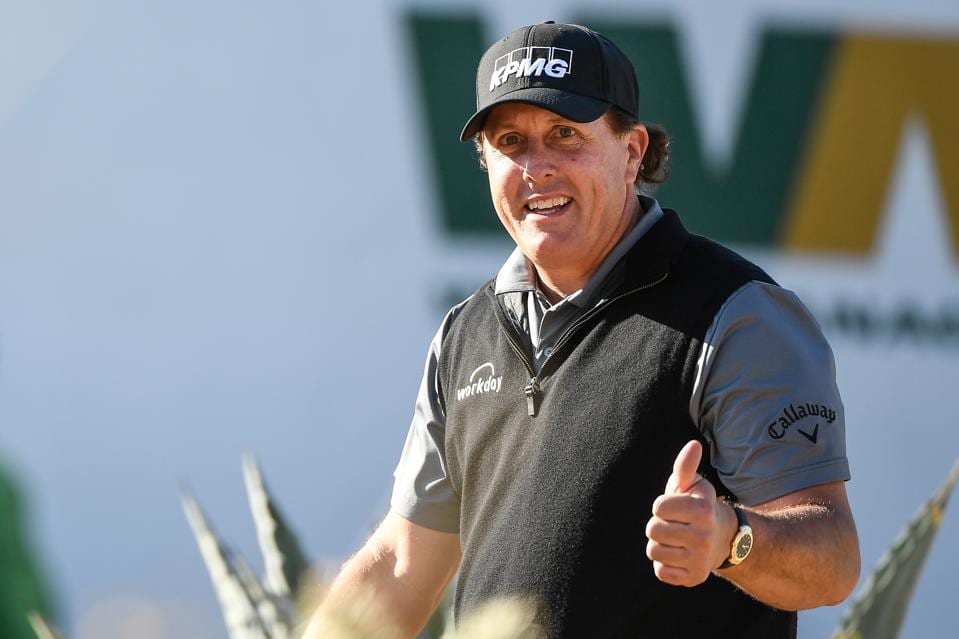 His net worth in the year 2021 is estimated to be around 40.8 million dollars. He is also one of the richest golf players in the world. He is second to Tiger Woods in his total career earnings. And has also been on the list of 25 richest players in the world by Forbes magazine and is also on the 77th position on their highest-paid celebrity list. His main income is via tournament wins. But he also has a steady source of income via brand endorsements.

These include some of the renowned brands like Callaway, KPMG, Workday, Rolex, Mizzen and Main, Amstel Light, Intrepid, VisaJet, Melin, and Grayhawk Golf Club. In a match with Tiger Woods in the year 2018, he defeated his long-time rival and also earned a cheque worth nine million dollars. This match was named The Match and was held in Shadow Creek Golf Club in Las Vegas.