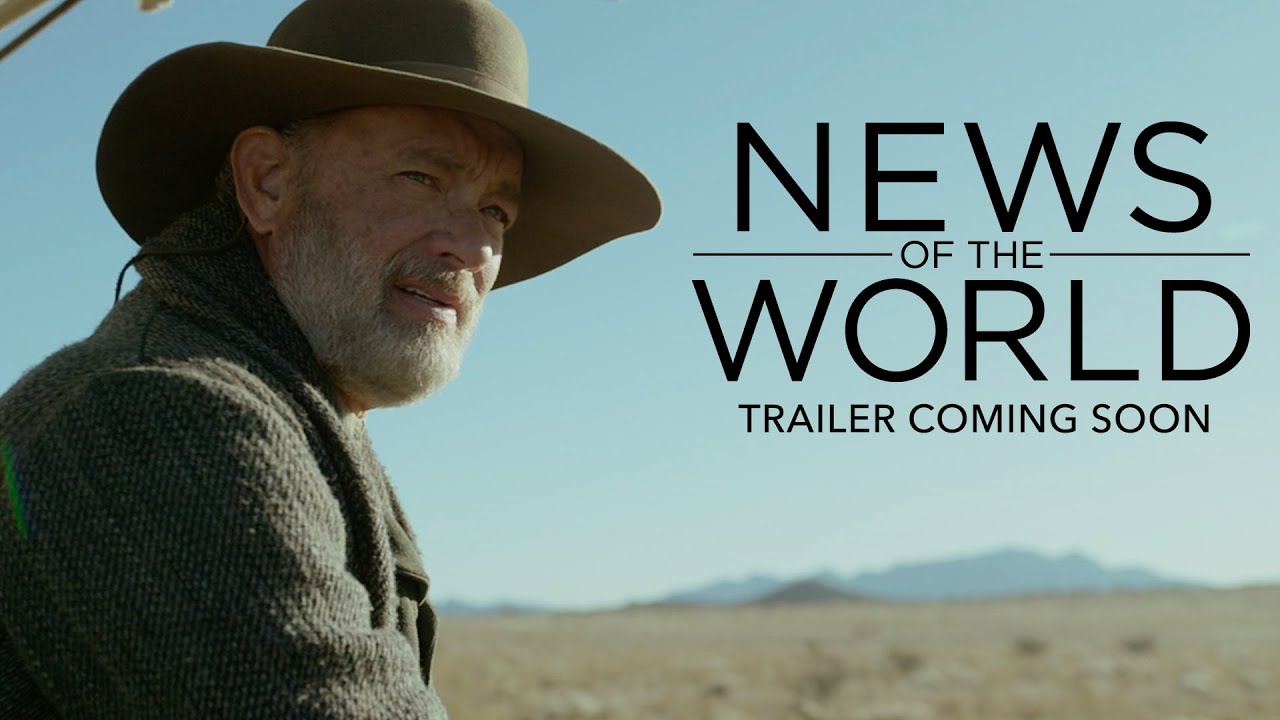 Captain Jefferson Kyle Kidd, a retired member of the Confederate Army, worked in the 3rd Texas Infantry. Who earns a living by traveling town to town reciting newspapers for ten cents per person. Following a twilight of news reading, Kidd discovers an overturned wagon on the road set out for his next neighborhood. Investigating, he finds the corpse of a Black soldier and a young White girl called Johanna, dressed in Native American clothes.

After a Union Army patrol confrontation, Kidd is directed to take the girl to Union leaders at a checkpoint in a township up the road; To sort out her Bureau of Indian Affairs paperwork and take her to her surviving family. Involuntarily, Kidd consents to the request.

This particular sequence was so breathtaking as the sequence of happiness suddenly turned into a crime scene. Two opposite sequences were merged very efficiently.

News of The World Still

At the checkpoint, Kidd is notified that the Bureau of Indian Affairs delegate won’t be available for three months and is seeking refuge with a former Confederate foot soldier. Upon passing, Kidd reads the news and begrudgingly takes responsibility for bringing her back to her surviving family. As they set out, they have trouble communicating. This is increased more when three ex-Confederate soldiers defy Kidd turned criminals who try to buy Kidd’s girl. He refuses, but the three men continue; Leading to a shootout in the desert during which Johanna and Kidd learn to work collectively to survive.

The sequence left the views with mixed feelings as the scene contains emotions, actions. Intense gravity left the views confused but thrilled at the same time.

Next, they encounter a progressive militia band operating to “cleanse” the province from “outsiders.” Kidd is told to explain the confirmed news from the town’s administration. However, it instead reads about an assembly of coal miners who rally against the man accountable for putting their lives in jeopardy. Kidd’s story encourages civil unrest and eventually results in Johanna gunning down the town’s chief and rescuing Kidd.

In the aftermath, Kidd and Johanna originally joined a wagon train bound for the railroad line and then veer off to locate Johanna’s surviving family. During the journey, the wagon is damaged, leaving Johanna and Kidd to continue on foot until they find a Kiowa organization from whom Johanna can obtain a horse. 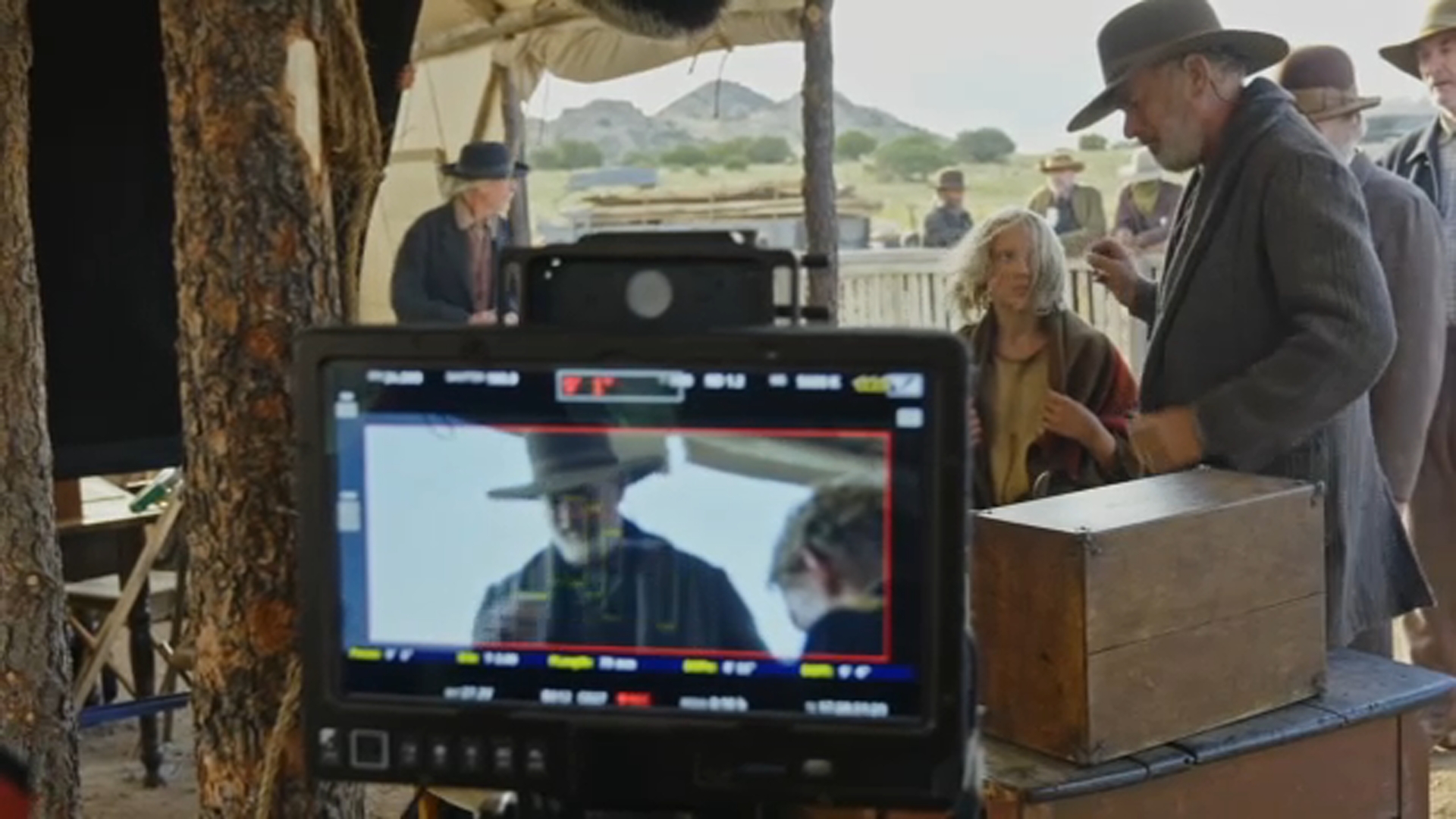 Behind The Scenes From The Movie ‘News Of The World’

Whereas Kidd and Johanna ultimately reach her aunt and uncle’s estate, the past revealing that Johanna’s parents were on their own and moved to the hill farm where the land would be more affordable. This got them killed in a Kiowa attack.

The makes managed to frame a beautiful and sentimental story from series of choirs. However, The movie can be used as an escape on a rough day, and the best part is, we have a happy ending.

Kidd involuntarily leaves Johanna with them and responds to San Antonio. His wife, Maria Luisa Betancourt Kidd, disappeared from cholera in 1865. Now without any kin, he tours the mission where she is cremated and mournfully transmits his wedding ring and a necklace on her grave.

Kidd then rides back to the settlement where he left Johanna, where he finds her bound to a pole, her aunt and uncle telling that she refused to work and would instead runoff. Asking mercy, Kidd explains to Johanna (in Kiowa) that she belongs with him. Johanna accepts her aunt and uncle let them go. In conclusion, Kidd reads the papers in another town, with Johanna helping out on sound conclusions and bearing a new name: Johanna Kidd.

The movie ends with Johanna deciding to stay with Kidd and take up his profession, like the end of a scary night. The movie will make you feel warm and comfortable. News of the World gives a powerful message that says, “Nothing is permanent; Neither the joy nor the pain.”

What do we know from the Novel?

The book opens in 1870 on the wild frontier between Texas and Indian Territory, where a 10-year-old girl has been rescued after four years of captivity. Kiowa raiders had shot her family and taken her prisoner, eventually establishing her as one of their own with the Kiowa name Cicada. The girl is committed to freedman Britt Johnson, who then hands her over to his colleague. 71-year-old Captain Jefferson Kyle Kidd, a vet of 1812 and the Mexican-American War.

Kidd allows taking the girl to Castroville, Texas, where her aunt and uncle live. Captain Kidd earns his living as a newsreader, moving between towns and charging a dime per character to read aloud from newspapers. His business pays little, and Kidd is also coping with family problems: his daughters still exist in war-torn Georgia. He has yet to acquire land in Texas that once applied to his late wife, the heiress of Spanish landowners.

Captain Kidd acquires an old traveling wagon and sets off with the girl. At first, he sees himself at a loss about dealing with the girl’s semi-wild state. She holds herself to be Kiowa and observes her ordeal as a second kidnapping, declining to cooperate with the Captain and even approximately getting herself shot when she runs away and provokes a band of roaming Native Americans.

She doesn’t speak English, and one of Capt. Kidd’s early successes in their relationship are merely getting her original name: Johanna. As they journey south, the Captain proceeds to read the news when they reach new towns, earning enough to maintain their forward progress. He is careful to avoid local tales, particularly about the rivalry between the political parties managed by Edmund J. Davis and Andrew Jackson Hamilton, because he knows it will begin arguments in his audience. Likewise, he is also concerned on the road, taking great pains not to call listening to himself or Johanna.

In Dallas, Captain Kidd is addressed after reading by a man named Almay. Who had been watching Kidd and Johanna for some time? Two Caddo men tend Almay, and he attempts to buy Johanna. Correctly suspecting that Almay intends to sell Johanna as a tramp, Capt. Kidd sets up a conference for the next day and then flees during the night with Johanna. Almay and his Caddo henchmen ultimately catch up with the Captain and Johanna and ambush them on the road. The Captain, with Johanna’s help, can wound the Caddo men and stop Almay by loading his shotgun with shells stuffed with dimes from his last reading.

News of The World Audience and Critic’s Rating

Review Aggregator website, Rotten Tomatoes describes that 88% of 252 reviews of the movie were positive, with a normal rating of 7.4/10. The website’s critics’ agreement reads: “News of the World takes a slow but interesting ride down a comfortingly simple Western trail, guided by Tom Hanks in peak protective mode.” According to Metacritic, which examined 45 critics and determined a weighted common score of 73 out of 100, the film collected “generally favorable reviews.”

Audiences polled by CinemaScore gave the movie an average grade of “B+” on an A+ to F scale.

Writing for IndieWire, David Ehrlich gave the movie a grade of B. He said, “If Greengrass’s broadly interesting (if gallingly relevant) movie is a bit too soft and developed thin to hit with the passionate force; That it could think So much of its modest power is owed to the restricted nature of the director’s program. Which allows these different characters to feel as if they’re trying to avoid the very genre that threatens to mark them forever.” A.A. Dowd of The A.V. Club gave the movie a “B–” and wrote: “Ultimately, News Of The World exists and dies on the presence of its iconic headliner, on the Hanks of it all. That’s the common old-fashioned thing about it: It’s a true star vehicle, essentially a tribute to his enduring appeal.

The movie is a bit underrated. As the film is adapted from an amazing novel; That itself is a bestselling novel for more than a year. They adapted every chapter of the novel and projected it in 1hour 59, minus something we can’t ignore. The movie was exactly the projection of a reader’s imagination. So, the film is a masterpiece.

News of the World is a fantastic mixture of emotions and entertainment. It is a kind of movie you can watch on a lazy Sunday afternoon. The best part of the movie is the ending; Which is well concluded. To sum up, we can say Hank’s first western movie is one of the most elegant films to date; It’s a must-watch movie.