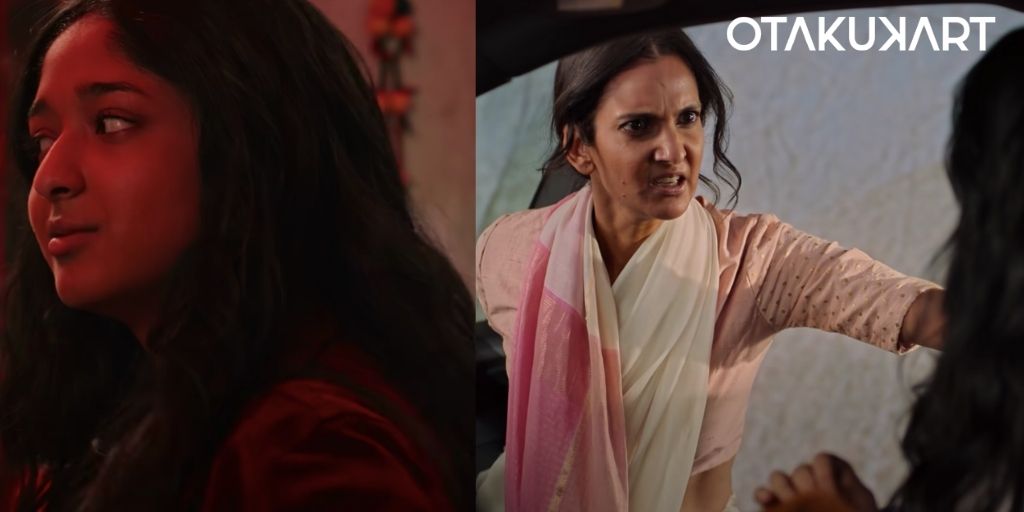 Still from Never Have I Ever featuring Nalini and Devi

We know why you are here, want the ending of Never Have I Ever Season 2 Explained? We have got your back, no worries! The series follows a teenage girl named Devi. She has a very strict Indian mother called Nalini. Devi witnesses her father dying in front of her. She is still coming to terms with what happened in front of her. Devi was very close to her father and she does not cope with his death in a good way. To make things worse, she ends up falling in love with two guys. One of them was her enemy, Ben. The other one was the school jock, Paxton. Now, Netflix has a habit of casting 30-year-olds as teenagers and they did the same with the character of Paxton. Not delving on the matter much and nit-picking, he does a fair job of playing the role of a teenager.

Season 1 deals with the love triangle and season 2 is more about Devi dealing with all the problems she has in her life. With the help of her mother and therapist, Devi progresses a lot. However, she is still confused between Ben and Paxton. So, let us have the ending of season 2 of Never Have I Ever explained and see who Devi ends up choosing.

Also Read: Never Have I Ever Season 4 Netflix Release Date: Has It Been Renewed Before Season 3 Release?

What Is Never Have I Ever About?

The series is about an Indian American girl, Devi. The story is based on Mindy Kaling’s experiences as an American girl who has her roots from back India. She has a lot of struggles growing up in America. Devi faces racism even though she is very smart and intelligent. She also struggles with boys. Devi is not allowed to date anyone because her mother is very strict. We all know how Indian parents are.

Sadly, Devi’s father passes away when she had a performance. He dies of a heart attack and Devi is clearly not over it. We see her getting confused between two guys and ending up in a love triangle. Her friends give her bad advice and she ends up hurting both the guys she liked. We see things escalating from there. Season 1 followed the love triangle between the three main characters. So, let us find out what season two was about.

What Happened In Season 2 of Never Have I Ever?

The audience sees that Devi realizes she didn’t want to break Paxton and Ben’s hearts. So, she decides to date both of them at the same time near the end of season one. Was this a wise decision? of course not! However, it was supported by her best friends. The decision came back to haunt her when they discovered she was cheating on them. 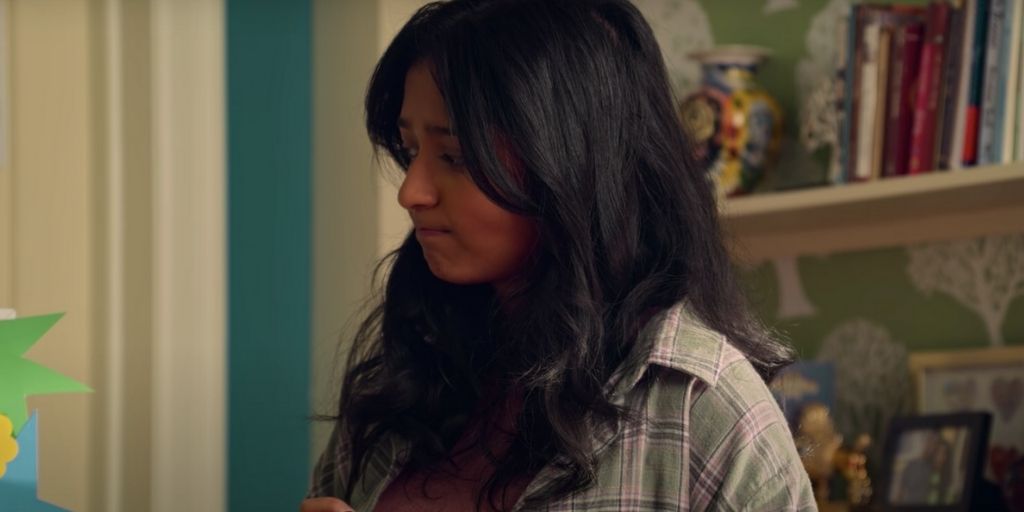 Devi confused about Ben and Paxton in Never Have I Ever

Both of them break up with Devi. She now has to deal with the ramifications while dealing with her family and she also hurts her friends in this process. To make things worse, there is a new girl in town. Aneesa is from India and Devi thinks she is a rival. Season 2 of the comedy series finishes up one element of Devi’s love triangle with Paxton and Ben, while also laying the groundwork for a couple of additional storylines. It is evident fans are wondering what exactly happened in the ending of Never Have I Ever season 2 and want it explained.

Never Have I Ever Season 2 Ending Explained: What About Devi’s Mother?

Before talking about Devi, remember Devi’s mother Nalini? Let’s talk about her. After several competitive exchanges and misunderstandings, Nalini becomes deeply drawn to Dr. Chris Jackson. We also see them dating briefly. Devi didn’t like Nalini dating a year after her father died because she thought it was a betrayal of her father. It turns out, that Nalini was not quite ready to jump with Chris yet, either. We see that it had been some time since Mohan’s death, Nalini found herself unprepared to leap back into the dating game. She was still grieving for her late husband, much like Devi was grieving for her father. Chris was someone she liked and connected with, however, she could not commit to the relationship yet.

Who Does Devi Choose Between Paxton and Ben?

We have seen even Paxton treating Devi badly. He uses her for his benefit, makes her help him with tests, and makes her do his homework too. Paxton’s sister has constantly been telling him how bad he treats Devi, which explains why she is so insecure about herself. He remembers all the times they spent together and how Devi pushed him to be better, how scholarships outside of swimming are now opening up for him. Paxton dresses up and walks out after receiving word from school that his grades are improving. Unfortunately, as Devi is leaving, he collides with her with his car. 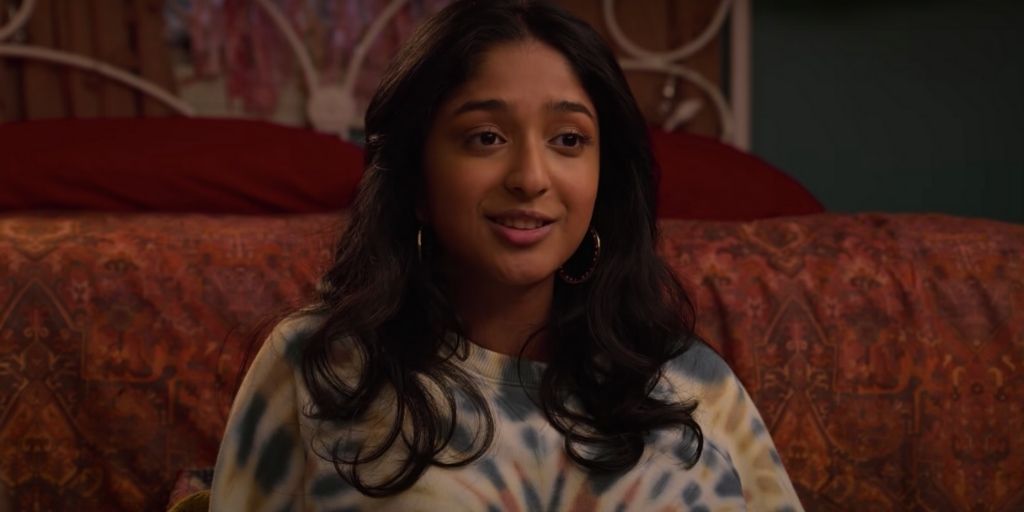 Devi in Never Have I Ever

Also, Devi could not tolerate seeing Ben and Anees in love. However, Paxton’s confession immediately distracts her. He wants to go public as her boyfriend because he is no longer embarrassed about being duped. Paxton’s friends mock them as they enter the school dance together, however, he is glad to be there with Devi. Paxton wants to give them a proper try. Devi also is eager is move on with their relationship after he shows up at prom and dances with her in front of everyone. Paxton also calls her his girlfriend. Unlike the first season, Never Have I Ever season 2 ends with Devi choosing Paxton over Ben.

What Can Fans Expect From Season 3?

Given Ben’s dissatisfaction with Devi and his relationship, season 3 will almost certainly continue to focus on the love triangle. However, the series may probably focus on Devi and Paxton as a pair first. Since their relationship appears to be no barriers in their way, Never Have I Ever would be wise to focus on how they develop as a relationship in the future. Also, the series does a fair job of developing its main character. Devi is still grieving and traumatized after witnessing her father’s death in front of her in season 2. 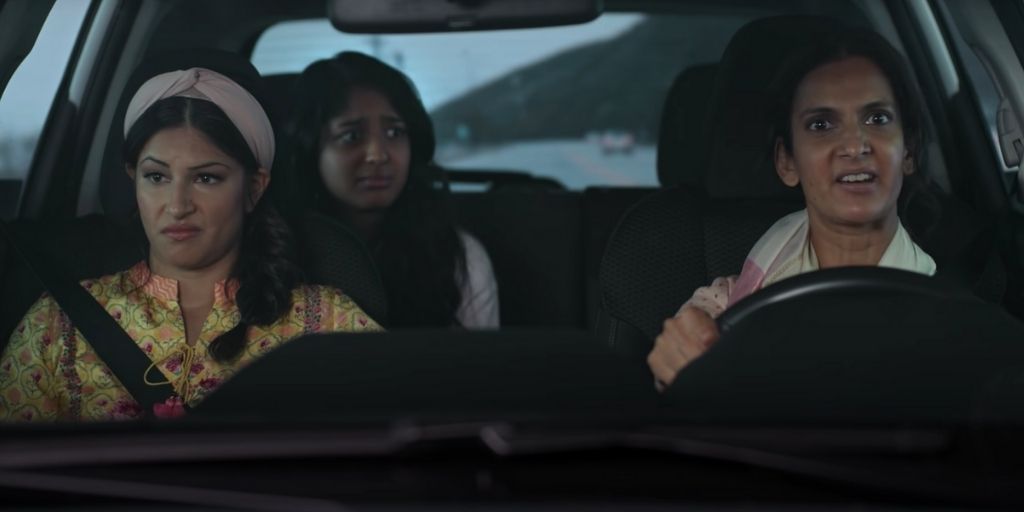 Kamala, Nalini, and Devi in Never Have I Ever

However, in season 2, we see her getting to terms with her feelings and grieving properly with her mother and her support. So, with Devi finally acknowledging her thoughts and confronting them front-on, it’s feasible that season 3 may find the youngster in a healthier emotional and mental state. She will, hopefully, have healthier connections with her friends, family, and Paxton as a result of this understanding.

Also Read: Never Have I Ever Filming Locations: Where are Season 1 and 2 Filmed?