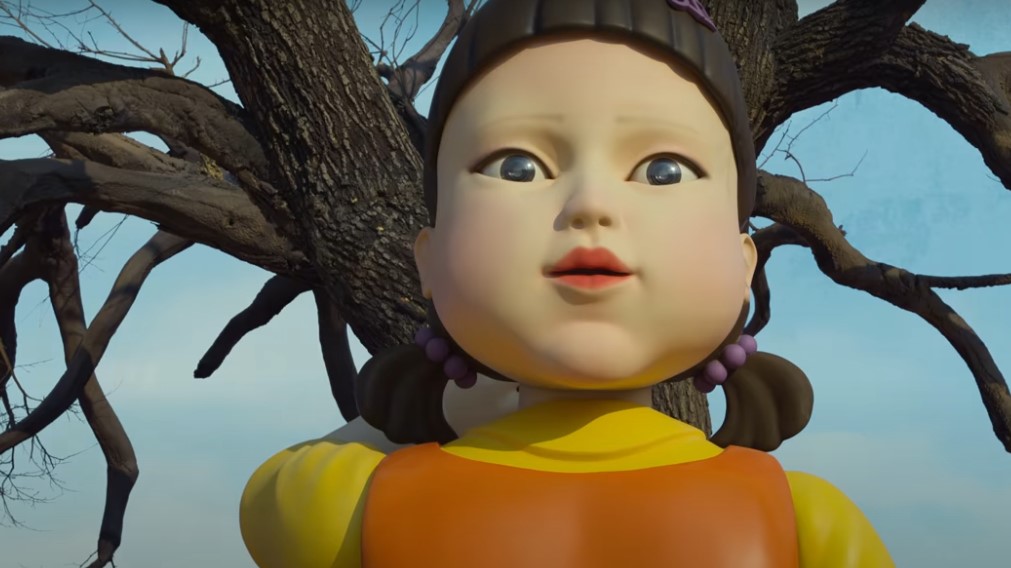 The headline isn’t clickbait. It’s just as weird as it sounds! Streaming platform Netflix orders a Squid Game reality show based on their hit Korean horror series. For a nice bag of cash —the largest game show prize ever!— Netflix decided to greenlit an iteration of the dystopian horror show that will see 456 contestants play out for the prize.

In what the platform aims to be the largest reality competition show in recorded history, Netflix tries to embark on Squid Game: The Challenge. An ambitious new series that will make all of us take the time to watch it just to see if anyone drops dead. Well, not really, but if you saw Squid Game, you know, that’s the premise of the show. Now, read our scoop below.

With the catchy title of Squid Game: The Challenge, streaming giant Netflix plans to milk the cash cow that Squid Game represents for them. Moreover, the Korean horror series created by Hwang Dong-hyuk in 2021 is the most-watched show on the platform, with over a billion viewing hours. Now, the reality competition will take some aspects of the horror show and adapt them into a show.

Taking inspiration from Korean children’s games —just like the plot of the series—Squid Game will incorporate some of the games we saw in the series. Along with some new additions to keep things spicy, we imagine. After all, we can assume that for the sake of Netflix’s corporate and legal branch integrity, the contestants aren’t risking their lives for four million dollars. Although, if we consider just how devoid of morals this world is, it’s not a crazy idea to think about it. Yet, we’re going full nihilist there.

Bela Bajaria, head of Global TV for Netflix, and Brandon Riegg, the vice-president for unscripted and documentary series, put out a statement on behalf of the company saying that they’re going ahead with the project. Moreover, there will be casting calls for the 456 real-world contestants, and the tension and twists will be there for us to see.

The casting calls will be open for English-language speakers from anywhere in the world. As for the details of the reality series competition, it will run for then episodes. Also, it’ll be filmed in the United Kingdom under the executive production supervision of Toni Ireland, Tim Harcourt, and Stephen Lambert.

With the iconic suspense music, we see the red-suited minions of Squid Game. Meanwhile, we see scrolling text indicating that Netflix’s biggest show will become the biggest reality show ever, with the biggest-ever prize. Then, alternating shots from Squid Game’s games like the cracker, red light-green light, the tug-of-war, and the bridge appear. After that, suddenly, we see the Squid Game doll twisting her head in impossible ways and revealing the website to apply for more information for the casting.

Do you want to play a game? Enter to join Squid Game: The Challenge at https://t.co/MaXfZnqmvb pic.twitter.com/6gYLXlplDC

If you wish to apply to Squid Game: The Challenge, you must be over 21 years of age and speak English. You will need to upload a one-minute video of yourself explaining why you want to be on Squid Game: The Challenge and what you would do with the prize. So, you better ensure that your response and videos are original, as you won’t be the only one wishing to get a spot for the 456 available for the taking.

Can this reality show be a hit or a flop?

Squid Game dropped on September 17, 2021, on Netflix, and it quickly became a giant phenomenon. The suits and masks were the most coveted costume for Halloween parties amid the Covid pandemic. TikTok videos using the song from Red Light-Green Light took hold of the social media platform, and the series quickly became Netflix’s most-watched show ever. With Squid Game: The Challenge, the platform will try to bank on that success to see how they can make up for the loss in subscribers. Can they do it? Will this be a hit? Only time will tell.