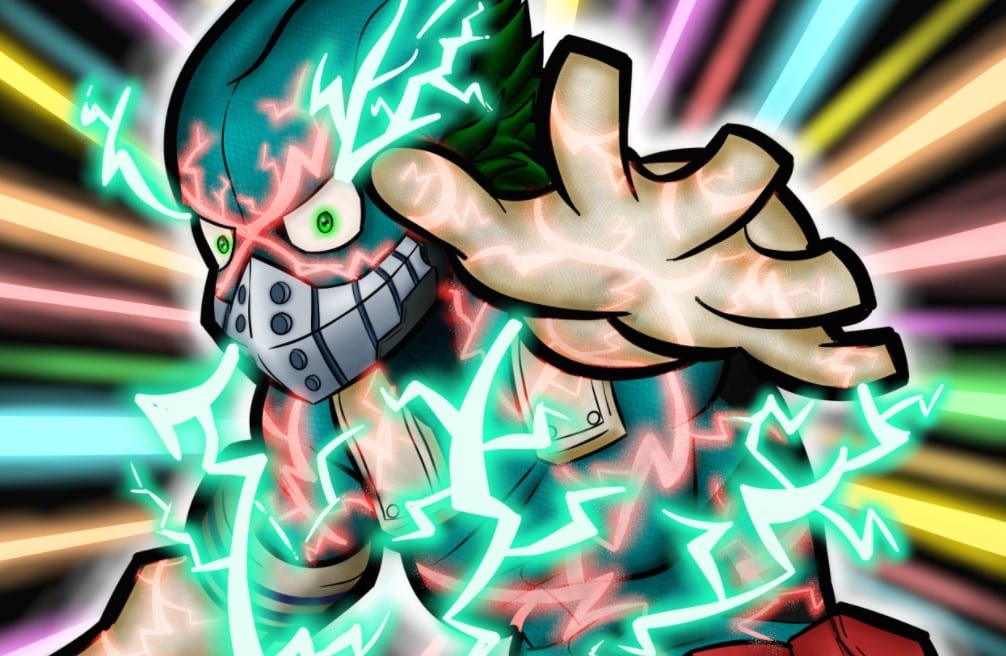 Izuku met with Hawks before he heads out, and they take about the villain’s plans. Hawks told him that he would be fine since he has One For All. Hawks said he has one problem about All For One and Shigaraki. He reveals that All For One and Shigaraki are not able to steal One For All now.  Doc Garaki is missing, and the two don’t have the technology to preserve new Quirk factors. My Hero Academia will be focusing on Izuku, who is planning to eliminate all villains without hurt everyone.

Hawks reveals that the best option for the villains is to take Izuku alive for future use. But there is one woman who has different plans from All For One and Shigaraki. The chapter is titled Hired Gun. In the present day, Izuku realizes that Hawks to him to flee if he encounters that woman. That woman fires ammunition made of pink and dark-blue fibers. Deku realizes that it is that woman that Hawks told him about. The woman got revealed to be a former hero hired by the Safety Commission.

The woman attacking Izuku got revealed to be Lady Nagant. Izuku uses Blachwhip to jump from one rooftop to another. He realizes that Lady Nagant has destroyed his secure line. But All Might and Hawks will notice since they won’t be able to communicate with Izuku. Izuku is worried that he has no means of communication to tell others that Lady Nagant is after him. But he will follow the order that Hawks told him. Lady Nagant pursues Izuku while firing massive bullets.

Izuku grabs one of the bullets about to hit his stomach and comments that a howitzer shot is nothing compared to this. Lady Nagant is impressed by Izuku’s skill and comments that she has seen why All For One is interested in Izuku. Different powerful snipers had been asked to eliminate Izuku, but they had no match. Only Lady Nagant has skills that can takedown Izuku. She possesses a Quirk called Rifle, and she is a super rifle in human form. Lady Nagant never misses her target, and Izuku notices that, but he grabs her shot and blasts them away. 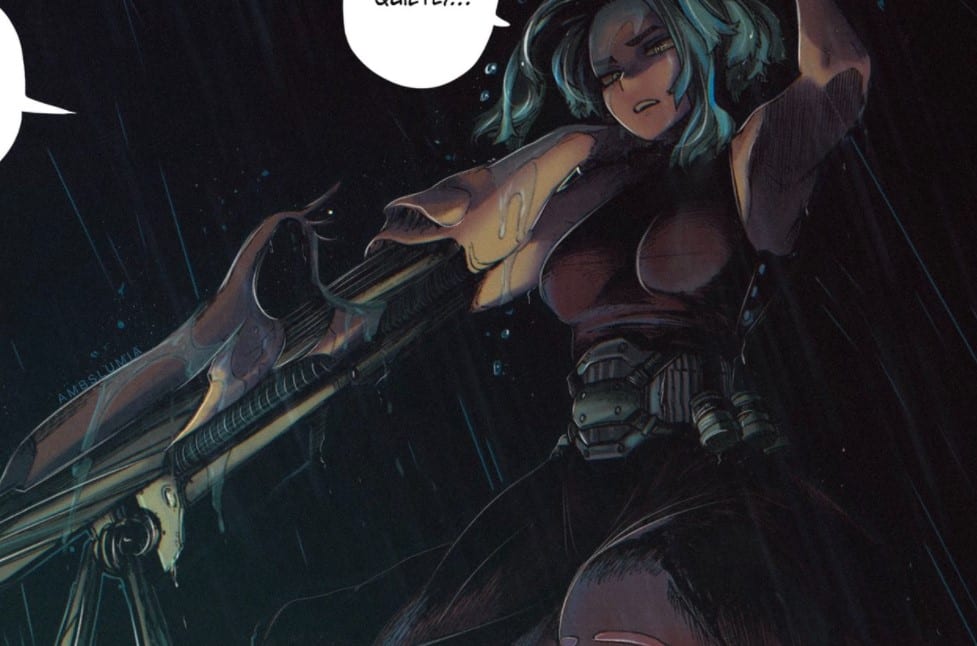 Nearby a man is sitting down who told Lady Nagant about the Boss. Lady Nagant looks behind, and the guy comments that he has to get to the Boss Quik. She told the guy to stay hidden since their target is coming towards them. She thinks she should have left this complaining guy. Lady Nagant had a flashback when she encounters All For One. That day she told All For One that there was a time when he was her target. All For One told her about a U.A student who will leave school to operate solo.