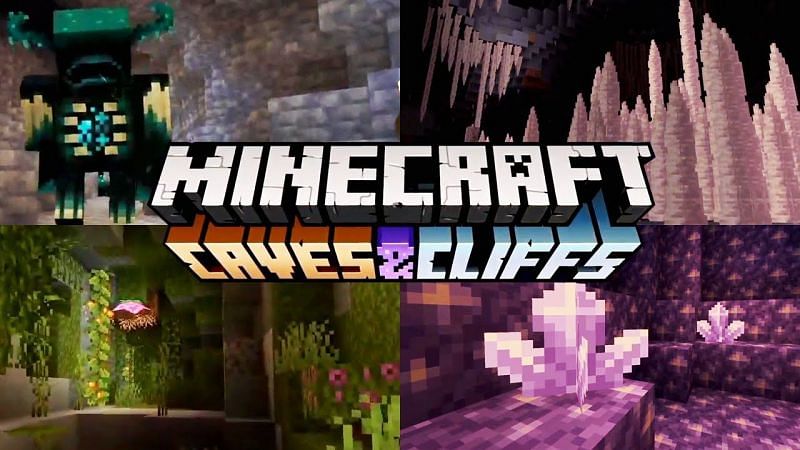 Minecraft is soon coming with update 1.17, and it is going to bring in a lot of changes. The developers announced this update in this year’s Minecraft Live presentation. Especially updates which were demanded by fans. All the players wanted a major update on caves and cliffs and other underground terrains. There hasn’t been a significant change in the caves for a decade now. The last one was probably when vanilla Minecraft launched. The cliffs get new powder blocks, some new snow effects, and goats, but the caves are getting a good amount of upgrades in the 1.17 update. Let’s see all the things coming in with update 1.17 in detail.

The Lush caves are occupied with vines, flowers, and fruits. They are inspired by the paintings of a famous Swedish painter John Bauer. In order to find a lush cave in the game, find Azalea trees. Azalea trees mean there are lush caves below them. Start mining that area, and soon you will be inside a Lush cave.

There is a lot of new flora that covers the Lush caves. The azalea plants have two forms, flowering, and non-flowering and it turns dirt into rooted dirt. Rooted dirt can be used for harvesting as there are chances of a hanging root spawning under it.

Talking about the flowers, there is a flower called Spore Blossoms that can be found on the roof of the caves, and they drop particles. There isn’t any use or importance of these particles yet. Moss can also be found on the wall of the Lush caves. 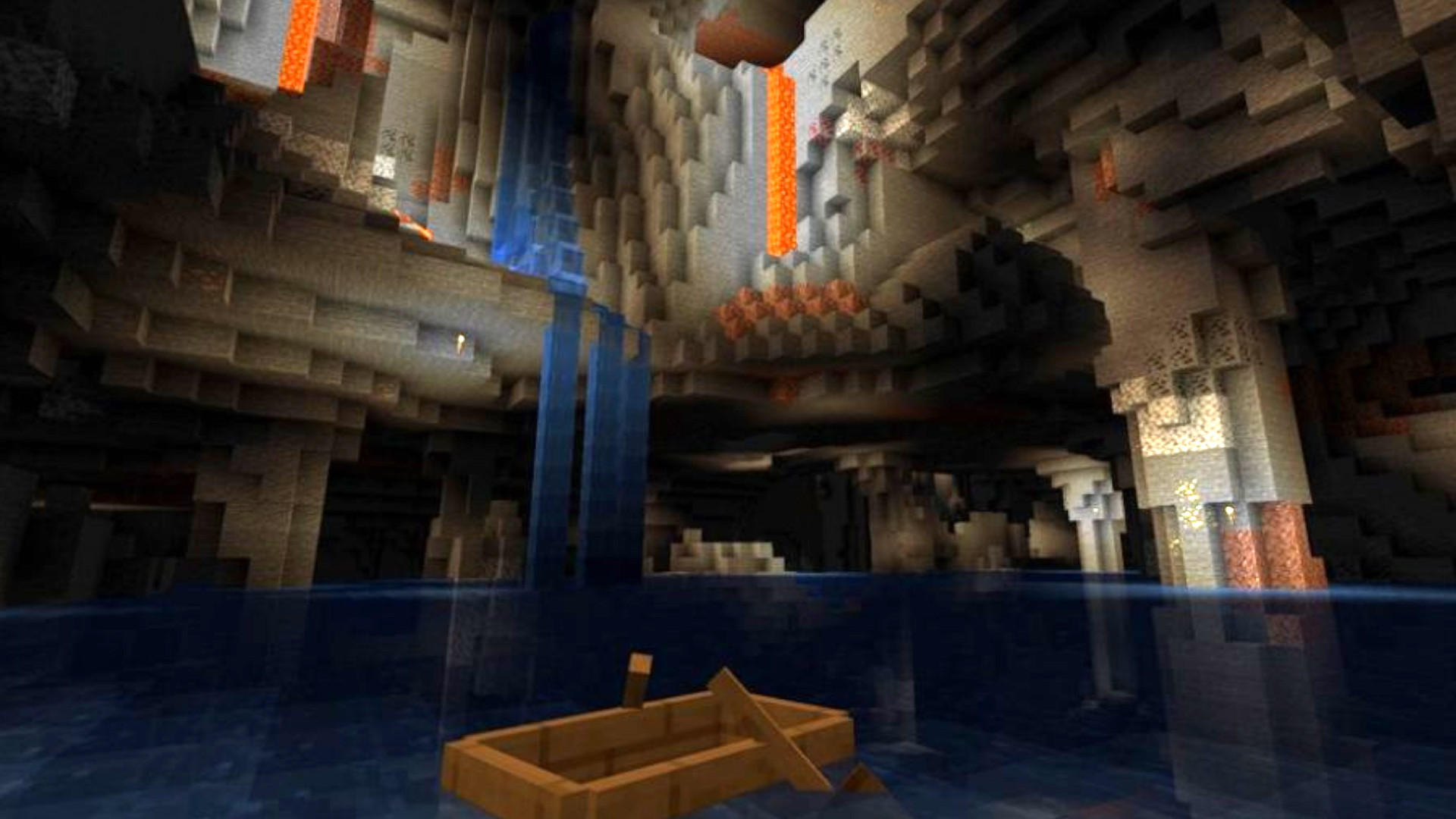 There is also a vine that grows within the Lush caves with orange berries on it. These berries glow and are the primary source of lighting in the caves. You can pluck these berries and have them to satisfy your hunger. But if you are exploring the cave for a long time, it’s better to let them hang as you will need the free lighting in the cave.

There is another new plant called the Dripleaf plant which will be seen in the caves. If you stand on the leaves of this plant, the leaves will slowly droop and shatter with time. This will result in you falling down. A new leaf will re-grow on the plant, though. So you can get creative and use this plant in any way you want. You can plant a small Dripleaf plant on underwater dirt or on clay. Once they have grown fully, you can harvest the bigger leaves and place them anywhere you wish.

The second new type of cave is the Noise cave. These caves can be generated underground, and there are two types of Noise caves: Cheese and Spaghetti. The Cheese caves have wide areas with stone pillars, whereas the spaghetti caves are narrow and long. These caves will have a good abundance of ores and aquifers.

We are also going to get new mobs in this update. Let’s have a  look at them.

Axolotls are found in Lush Caves. They are your best friends whenever you are planning for underwater exploration. Axolotls are small cute creatures that can be very useful. You can collect as many of them as when you are underwater. They will help you to fight other creatures who tend to harm you. They can even act dead in order to restore their health, and since they can be collected in large amounts, their group attack on an enemy is always beneficial for you. 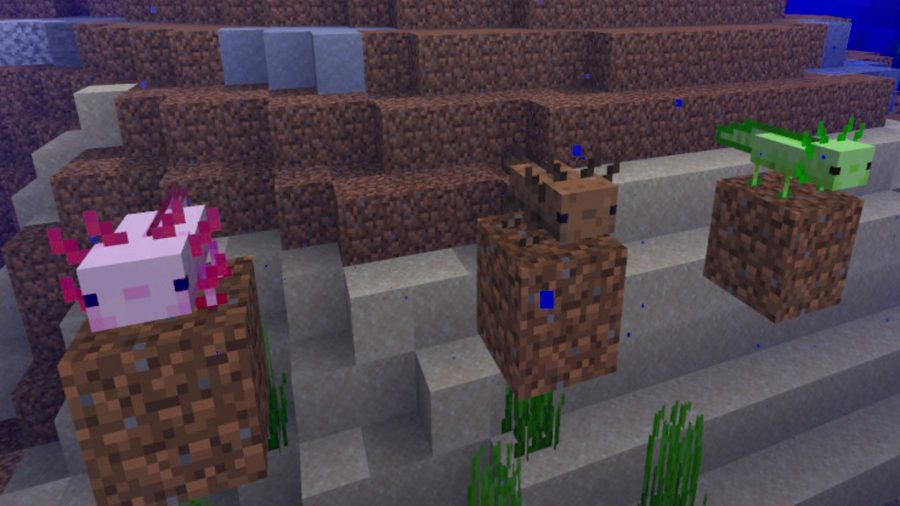 The goats won’t be available at the caves, obviously. They will appear on the cliffs, and they will have a great jumping ability. If you annoy them a lot, they have enough power to send you right down the cliff and end your life. The horns of these goats are collectible, though. Whenever a goat runs into a block, its Goat horn may drop. These horns can be used to generate a trumpet sound which we usually hear before a raid start.

Warden is a new mob that can be found underground. In dark and deep places, Wardens are made specifically to scare you out of your life. The Warden can’t see anything as it is blind, but its hearing senses are superior. It can detect vibrations from footsteps and objects thrown towards him. Warden can make your screen blank for a second if you go too much close to him. This ability is called Sculk sensing.

The best advice after facing a warden would be to just move cautiously away from him. If he senses you, then there will be a glowing light in front of you, and he will chase you for your life. If he manages to pounce on you, you will gain significant damage. So it’s better to go prepared in underground explorations from now on. Keeping a trident with you could be your best bet against a Warden. 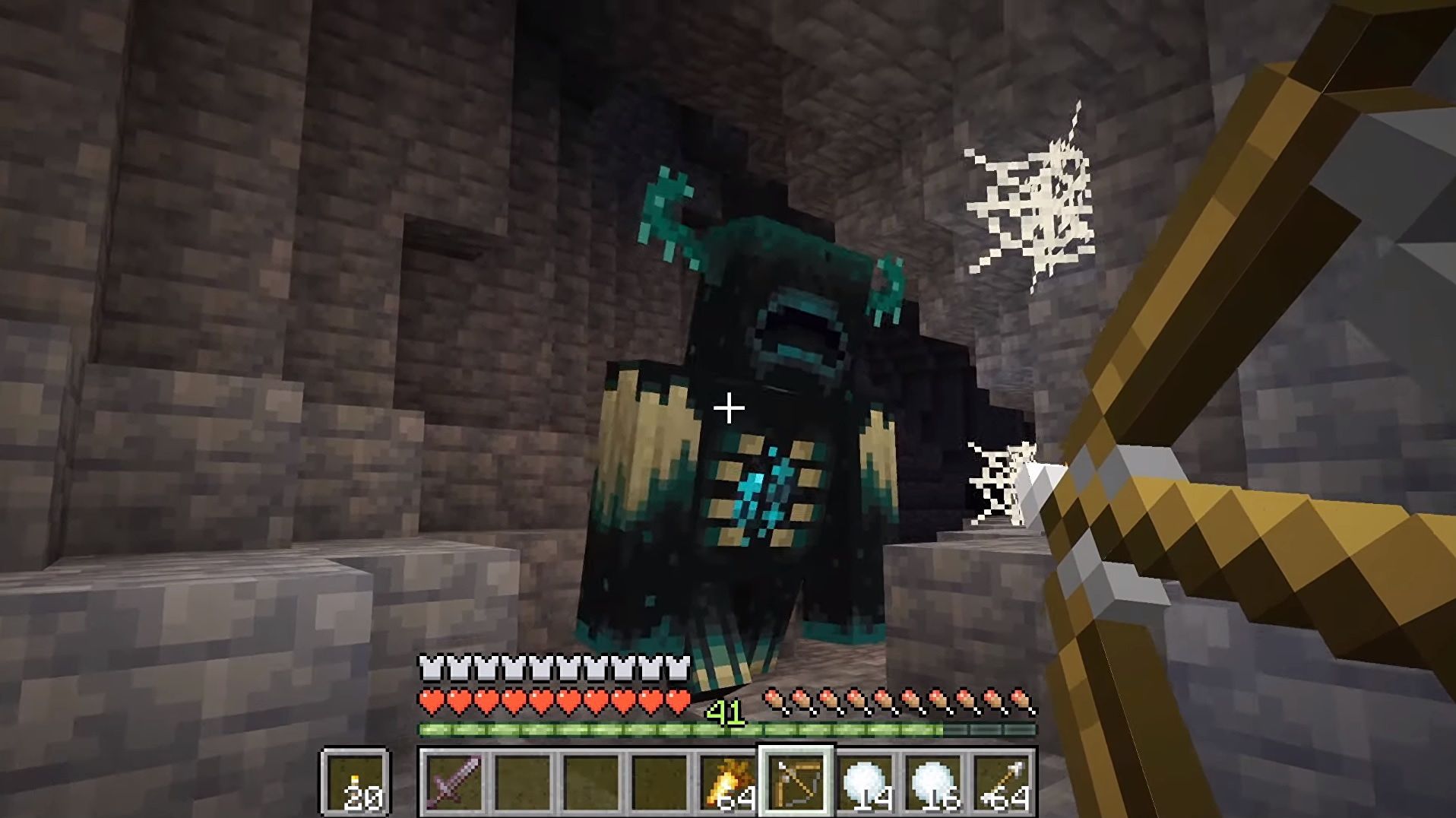 These were all the mob inclusions that will be coming to the game in the new update. We are also getting new blocks in the game, let’s have a look at them.

These are a bit rare to find. Exploring in caves can lead you to an Amethyst Geode. You will be able to identify a crystal by walking on them. Walking on them will create a sound effect like a wind chime. The crystal plants are breakable but taking away a specific block from them isn’t. You will have to figure out a way of harvesting them at the source. Crystal is a necessary item in building a telescope that can be used to zoom in to look at places far away.

Copper will look similar to iron, but it will have an orange hue to it. They can be found in ore veins rather than ore blobs, and they can be used to make blocks and steps. Copper is also used to make telescopes. Just like real life, copper in-game will also be prone to oxidation, and its color will change to turquoise with time if it is exposed to oxygen. It can also be used to make lighting rods. There are many more uses of copper, which you will eventually find out experimenting in the game.

Spyglass is an object which can only be made if you have amethyst shard and copper ingots. You can combine both of them to make a spyglass. It will work like a wearable microscope which can be used to zoom in specific locations.

Candles can now be made from string and honeycomb. I really think I don’t need to tell you different usages of a candle now. 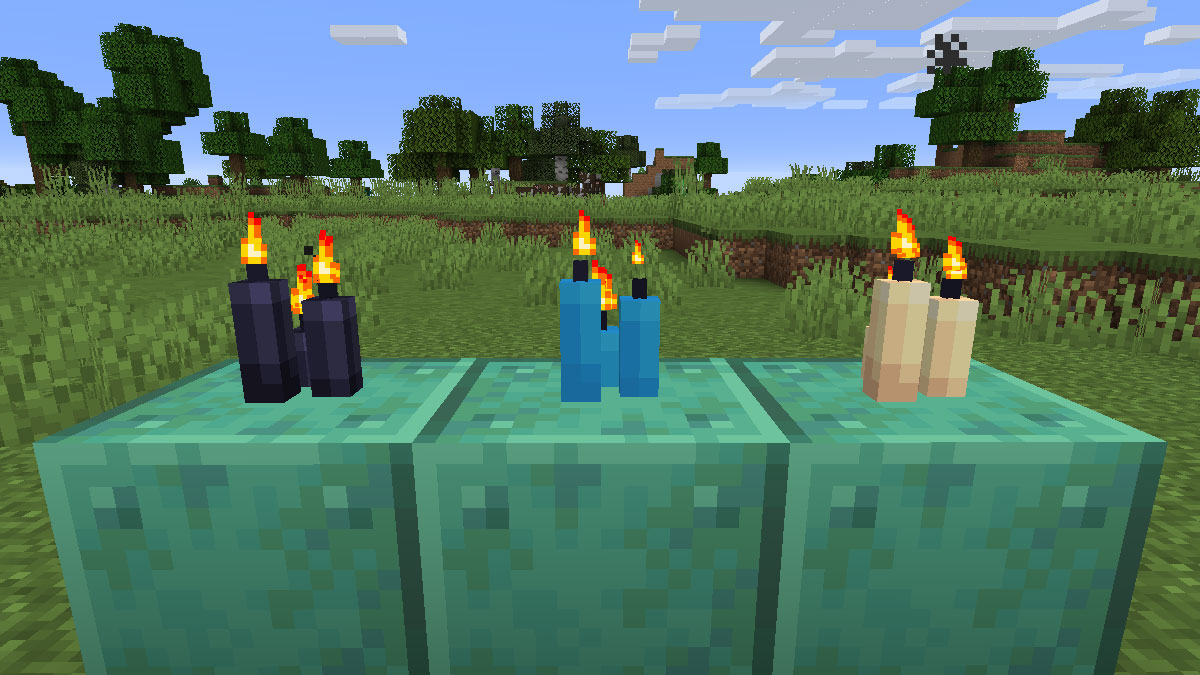 Well, there are three new features coming in the game, and all three are worth using for and exciting. Let’s have a look at them.

Bundles are something that will help you in inventory management. With bundles, you will be able to create new bags in which you can keep as many items that fit. The capacity of these bundles is not known yet, but it could be as big as your inventory. These bundles can be stored in chests.

Yes, now you can be an archaeologist in Minecraft. Sounds fun, right, and it is, actually. Fun and rewarding. On the surface, you will encounter random excavation sites. On these sites, you will have different chests that contain brushes. Just like real life, use these brushes to brush some dirt and gravel from certain blocks. If you are lucky, you can hit the jackpot as there are many rare items to get from this activity. Maybe a block of emerald to maybe a Blue Ceramic shard, or maybe something bigger. Mind you, one thing, if you are not careful enough with this brushing skill, you will lose that artifact forever as you have destroyed it.

Sculk Blocks are something that will help you achieve wireless activation of Redstone. Whenever the Sculk Block detects footsteps it will emit a Redstone signal. These signals can be used to connect gadgets without actually using a Redstone to connect those two. The signal will do all the work.

In order to prevent the passing of the signal, you can use wool. It stops the signal from propagating. But the introduction of wireless Redstone has opened a lot of unexplored ideas in Minecraft. We will soon see people coming out with creative ideas and construction by using this new feature.

After looking at so many changes and additions, you will surely be excited to know the date of release of this update. Well, for now, the developers haven’t given a date. All they have said is the game will be available in summer 2021. If you are way too impatient, then you can start playing this update in its beta mode. You need to have the Bedrock edition of this game, though. For now, there are only a few things available in the beta, like the inclusion of goats and snow on the cliff.

If you have the Java Edition of the game, then the new Lush and Noise caves are already available to play in it. So you can begin the exploration of this new cave system.

So this was pretty much everything that we know about the new Minecraft 1.17 update, which is also called as Minecraft Caves and Cliffs update. Now you know why the update is named this. It is all about caves and cliffs. So what are your thoughts on this new update? Are you excited by the introduction of wireless Redstone and new mobs? How are you going to use the new additions? Do let us know down below.