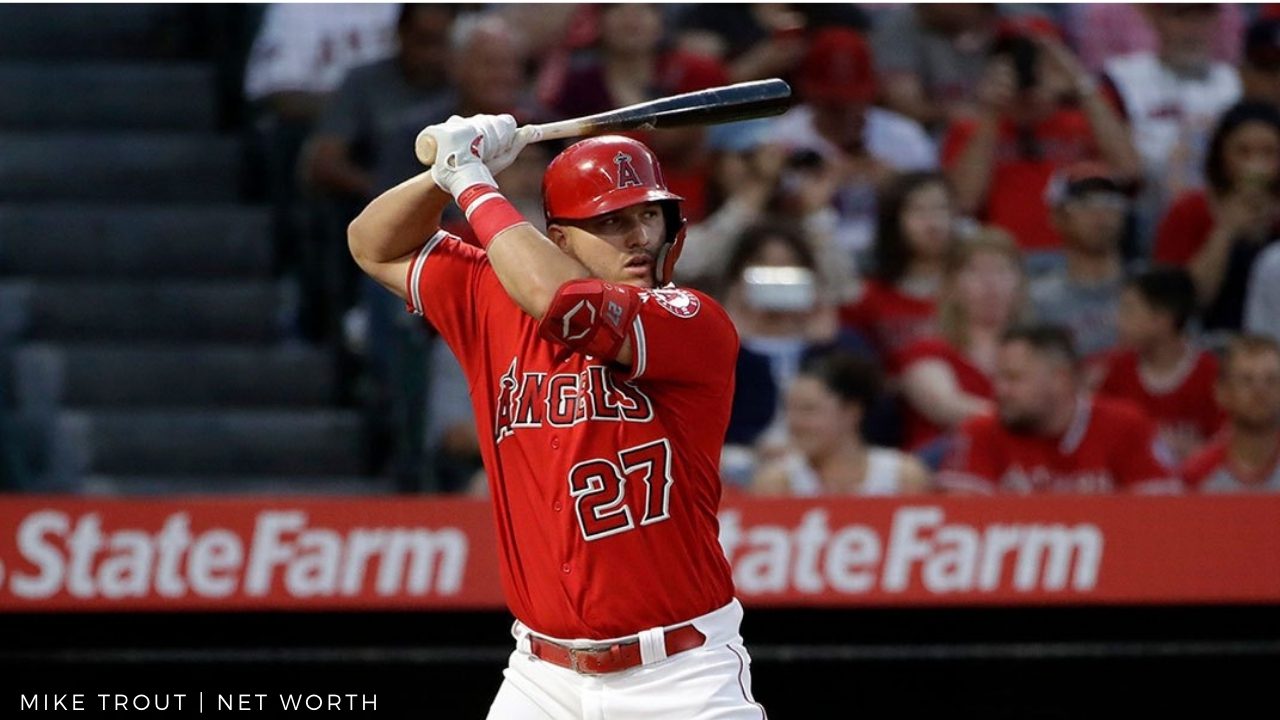 Mike Trout is preparing to return to the field. The professional baseball player from America is hoping to return for the game season for the Los Angeles Angels lineup. Trout is one of the biggest emerging stars in Baseball right now. Playing as a center fielder, he is considered one of the best players in the upcoming game. He is also the first player in the 82-year history of the game to win back-to-back All-Star MVP awards. At the beginning of the 2019 game season, Mike Trout signed a 12-year extension with the Los Angeles Angels. By the end of the season, he went on to win his third career AL MVP award. For Mike Trout to be a big star player, it should come with a good enough net worth.

In May, Mike suffered from a calf injury causing him to drop out from the game. He got a diagnosis of a right calf strain. After being on bed rest for months, he decided to get up and start his training again. He revealed that as the lineup season is coming close, he has been updating the team manager Joe Maddon about his recovery and training. Calling the injury one of the hardest things he has gone through in his career, he is trying to be positive. Although it feels like he is dragging himself, he goes to the gym and works hard every day to come back to play with the team. 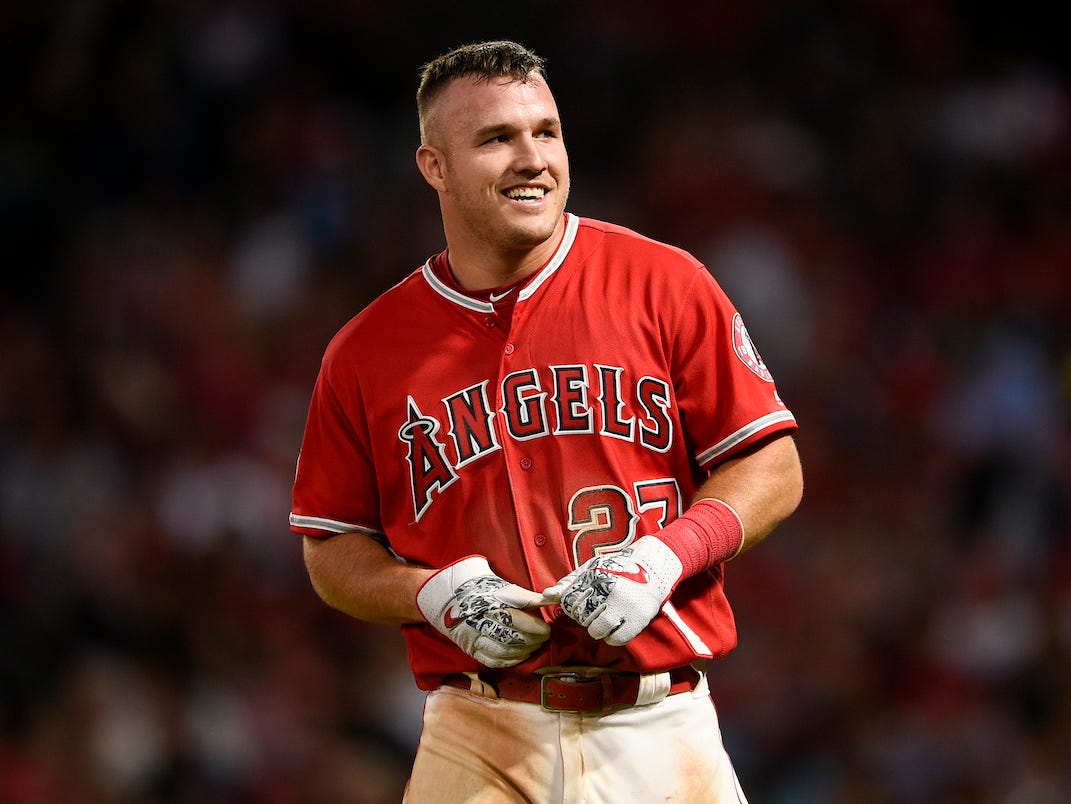 The American Baseball Player, Mike Trout planning his return to the game

The Baseball Career Of Mike Trout

He started his baseball career in high school. Being a student at Millville High School in New Jersey, he was the star player of the school’s baseball team. In 2009, Los Angeles Angels of Anaheim chose him to play the 25th overall selection draft by Major Baseball League. At the beginning of his professional career, he played a lot of minor games. Making his consistency and strength in the minor leagues he got the  J.G. Taylor Spink Award for being the best player throughout the season. It only took him a year to win the title. He went on to make his professional career in Baseball in 2012 by making his debut in the full-season major league.

During his rookie season, he was one of the leading rookies in the American League. His batting average is .326, with 129 runs along with 49 stolen bases. He went on to win AL Rookie of the Year honors by unanimous vote. His skills just got more polished, and he has been giving his absolute best performances in games. In the 2014 season, he was even voted that season’s AL MVP. He even helped Los Angeles Angels reach the postseason for the first time. 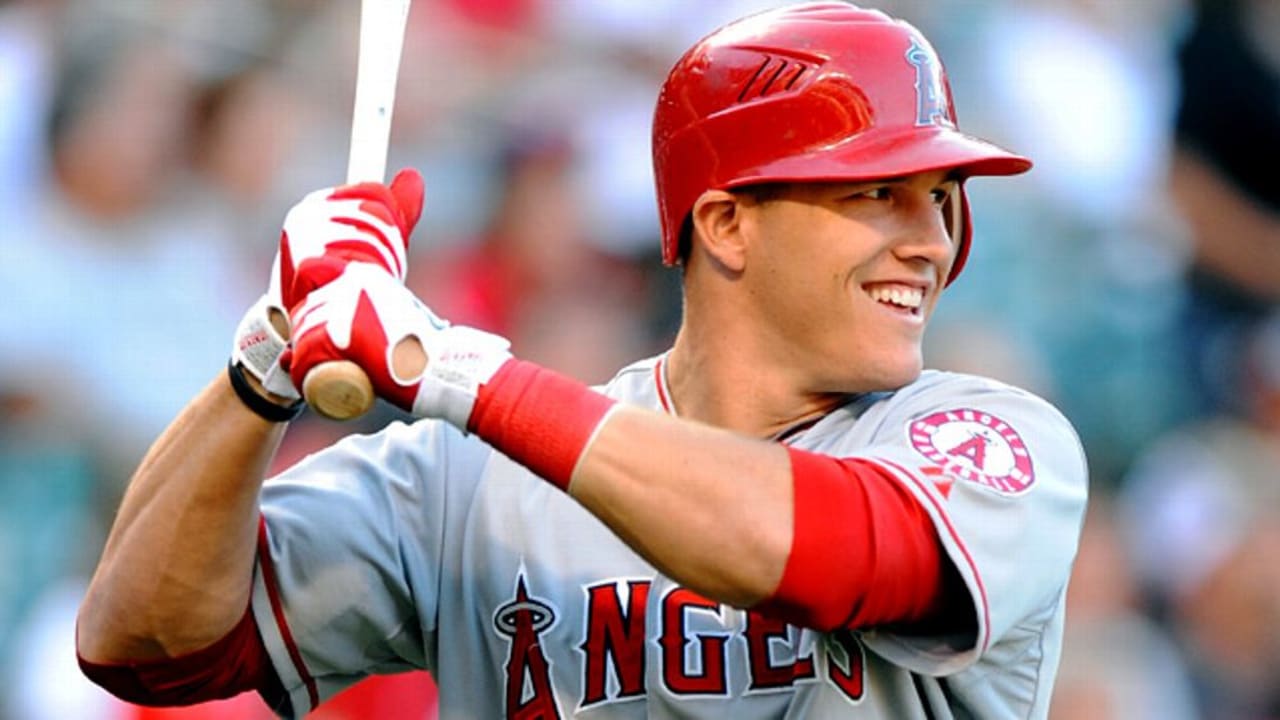 What Is The Net Worth Of Mike Trout?

Being one of the best players in the game, the value of Mike Trout is high. Estimating the net worth of Mike Trout, it falls around $60 million. Along with playing baseball and being great at it, his popularity on social media also adds to his assets. In 2019, after signing his deal with Los Angeles Angels, he became one of the players having the biggest deals in-game history. Signing the 12-year contract with the team, he also received a $20 million signing bonus. His annual income is around $47.6 M.

As his values also go to his rookie card. The card was first released in 2009 when Trout was selected with the No. 25-pick in the 2009 MLB Draft. It was sold for $3.93 million, making it one of the most expensive cards in the trading cards set. Talking about his sponsorship, that is the second major source of Mike’s earnings. Collaborating with Nike in 2014, he presented his signature sports shoes from the brand’s collection. Managed by Landis Baseball Group, he has many big brands sponsoring him, from athlete apparel to diet. Big brands like BodyArmor, J&J Snack Foods, Nike, Rawlings, Topps are his major sponsors throughout the year. With the endorsement offers, he earns up to $3 million every year.