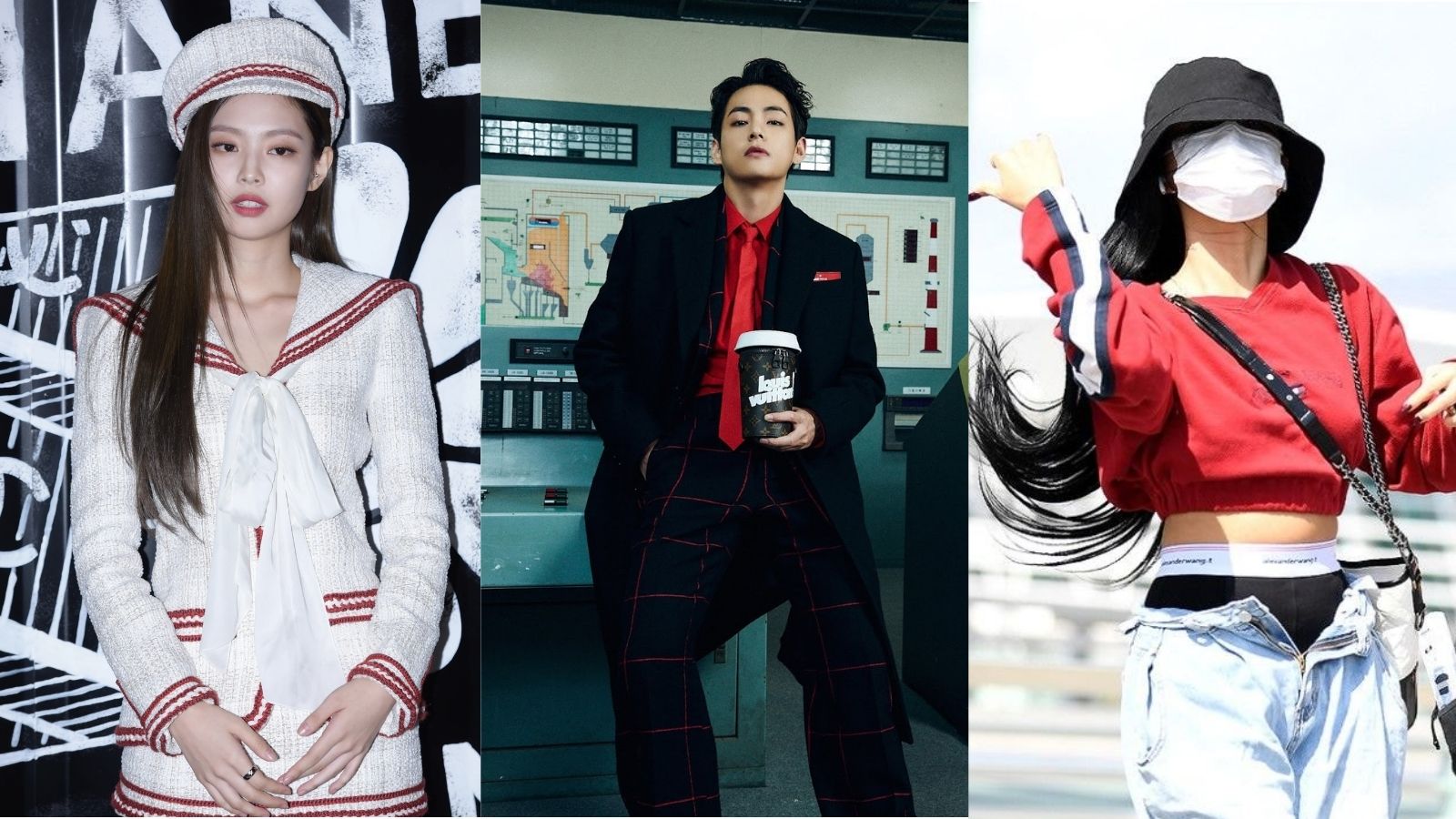 Kpop is becoming a favorite genre for music lovers worldwide. While the music inspires and appeals to everyone, Kpop idols turn fashion influencers with top-notch, quirky, and elegant outfits. Some Kpop idols can easily be mistaken for a fashion model if spotted casually. From BTS’s V to EXO’ Kai, all of them have amazing fans with their extensive and brilliant outfits. So it’s time to list down the most fashionable Kpop Idols.

With Korean music, films, and dramas taking over the world, people are getting interested in adapting to the lifestyle too. Clothes being the best-loved fashion accessories, Kpop lovers gets inspiration from the most fashionable Kpop idols through social media.

Kpop is catching up with the fame and popularity as a music genre. A lot of idols have been starring at fashion shows, TV Shows, and magazines. Here are our picks

Bigbang’s leader and one of the most influential Kpop idols, G-Dragon, is also the biggest fashion icon and best dressed Kpop idol. The singer-rapper has been in the Kpop world for over a decade. His unique sense of styling and choice of accessories is wild and stands out among the others on this list.

G-Dragon has already made his name in the industry with a history of writing and composing several hit Kpop songs. Moreover, he has millions of followers who dress up just like him. The younger audience is also invested in trying out the distinctive hairstyles and colors G-Dragon usually prefers. 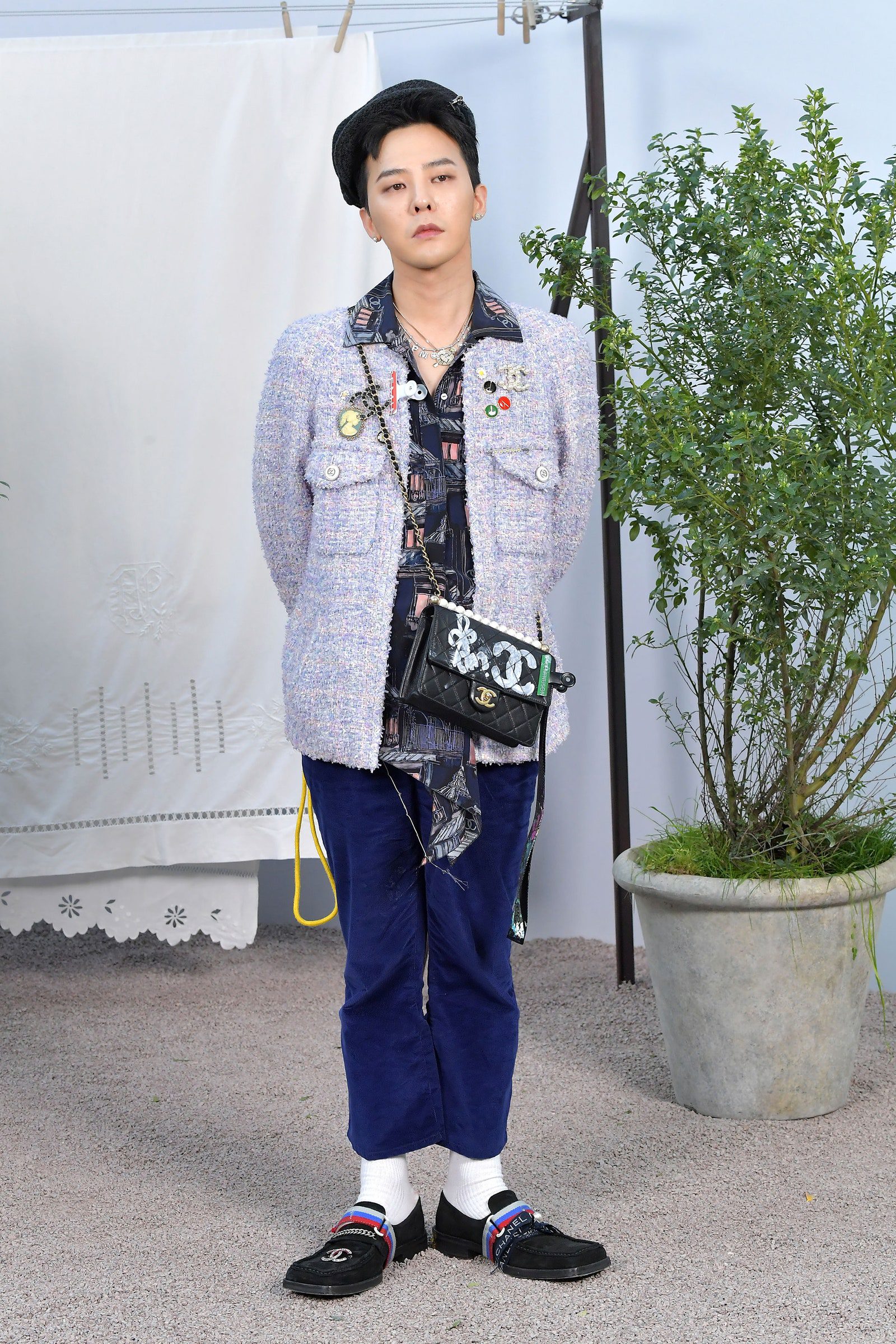 His influence in the fashion industry is vast enough to make LVMH invest $50 million in YG Entertainment. Later, in 2016, G-Dragon launched his fashion brand, PEACEMINUSONE. The brand has collaborated with Nike to release limited edition sneakers, famous among many. It’s okay to call G-Dragon a fashion icon respected by Kpop lovers and the Hollywood audience.

We need no evidence to call BTS V a fashion icon. BTS V, born Kim Taehyung, has millions of fans who love his deep voice and how he dresses up. Hence, undoubtedly, BTS V is also the best dressed and fashionable Kpop idol at the moment. Ever since their debut, V has maintained an exotic charm, which is elevated by the kind of clothes he chooses to wear.

If you are a BTS Army, you will know about V’s love for vintage. The singer and BTS member previously shared that he likes to collect Chanel goods. Luckily, he now owns almost everything the luxury brand sells. In addition to this, V enhances the look by trying different styling and layerings. 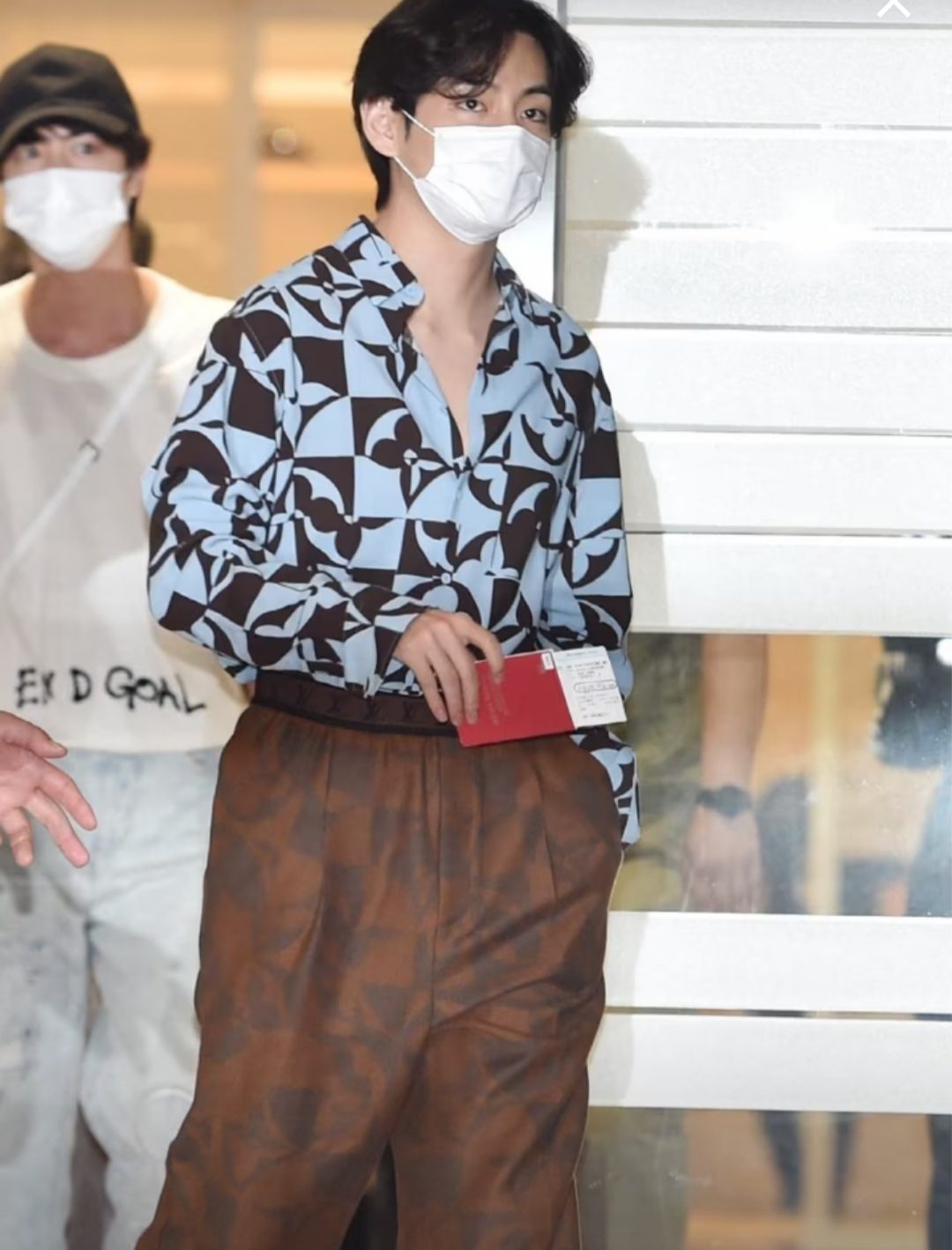 Multiple times, V made us envious of his brilliant fashion sense. V rocks suit like a pro, whether it’s the Dynamite MV’s iconic Gucci green suit or the one from the ON Dance practice video. In addition to this, BTS V also does a great job under the airport-style category. The BTS vocalist also wears the most luxurious and appealing accessories. BTS has recently become the global ambassador of the luxury fashion brand Louis Vuitton.

Kim Jennie from BLACKPINK is another most fashionable Kpop idol on our list. The rapper/singer is a member of the world’s biggest girl group, and she knows how to present herself with her chic yet sexy dress sense. Popularly called the Chanel Girl, Jennie is a big name on social media. With 60 million followers, she has her feed filled with gorgeous pictures.

Jennie flaunts her vast knowledge of fashion on social media and various events. To identify Jennie’s style, we would love to categorize it as feminine yet dark. The singer chooses glitter and goth equally. Meanwhile, Jennie is also known for showing her interest in 90s inspired looks. 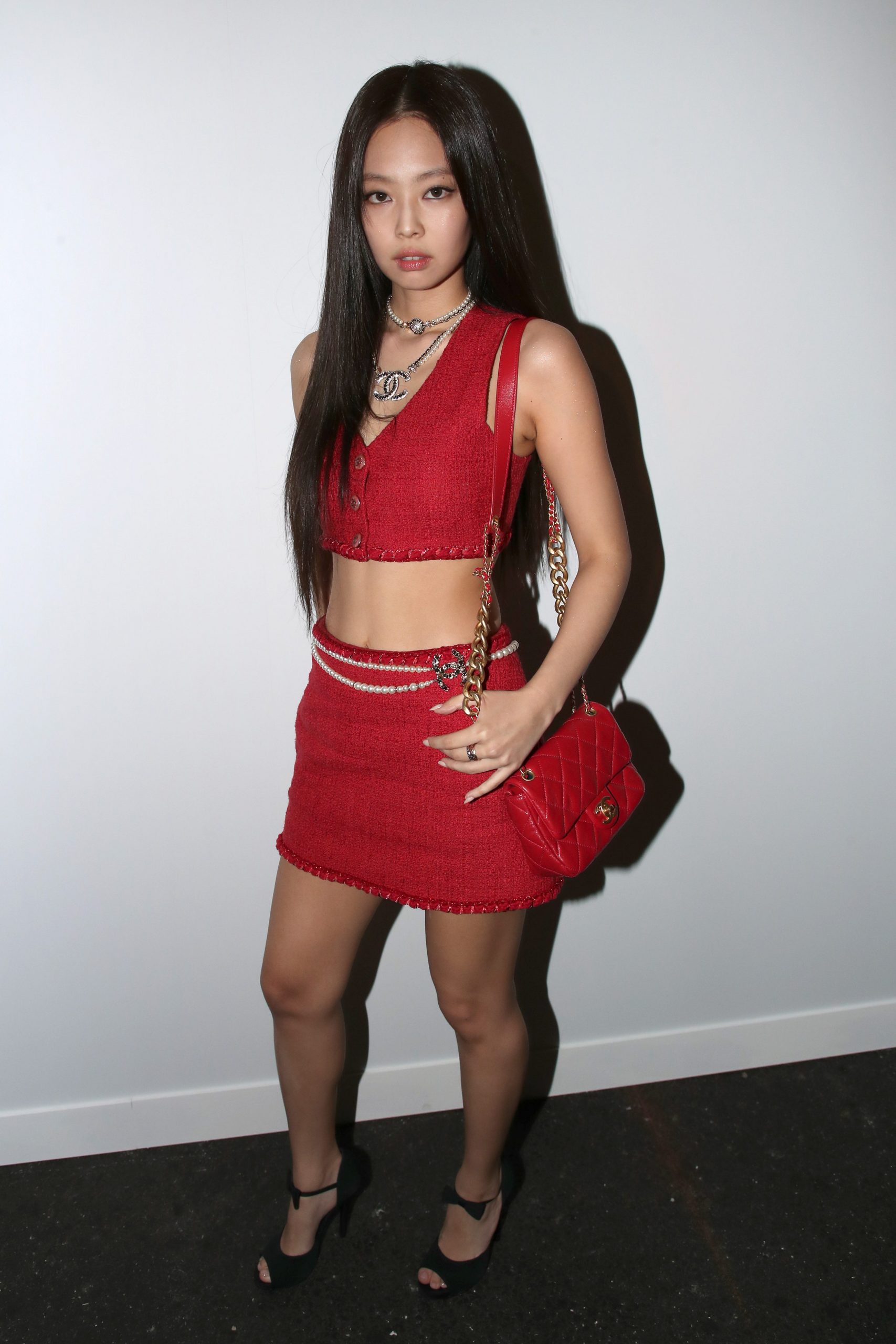 Her range of new looks has also made her a brand ambassador of brands like Chanel, Calvin Klien, Gentle Monster, Hera, and more. You can get inspired by Jennie’s style through her Instagram.

Exo member Kai is another Kpop idol who gets a lot of recognition due to his looks and fashionable outfits. Kai is one of the youngest members of EXO and can be dubbed as its official representative boy next door. The singer is globally famous because of his looks. Moreover, he makes the most changes in his wardrobe, making him no one-trick pony. 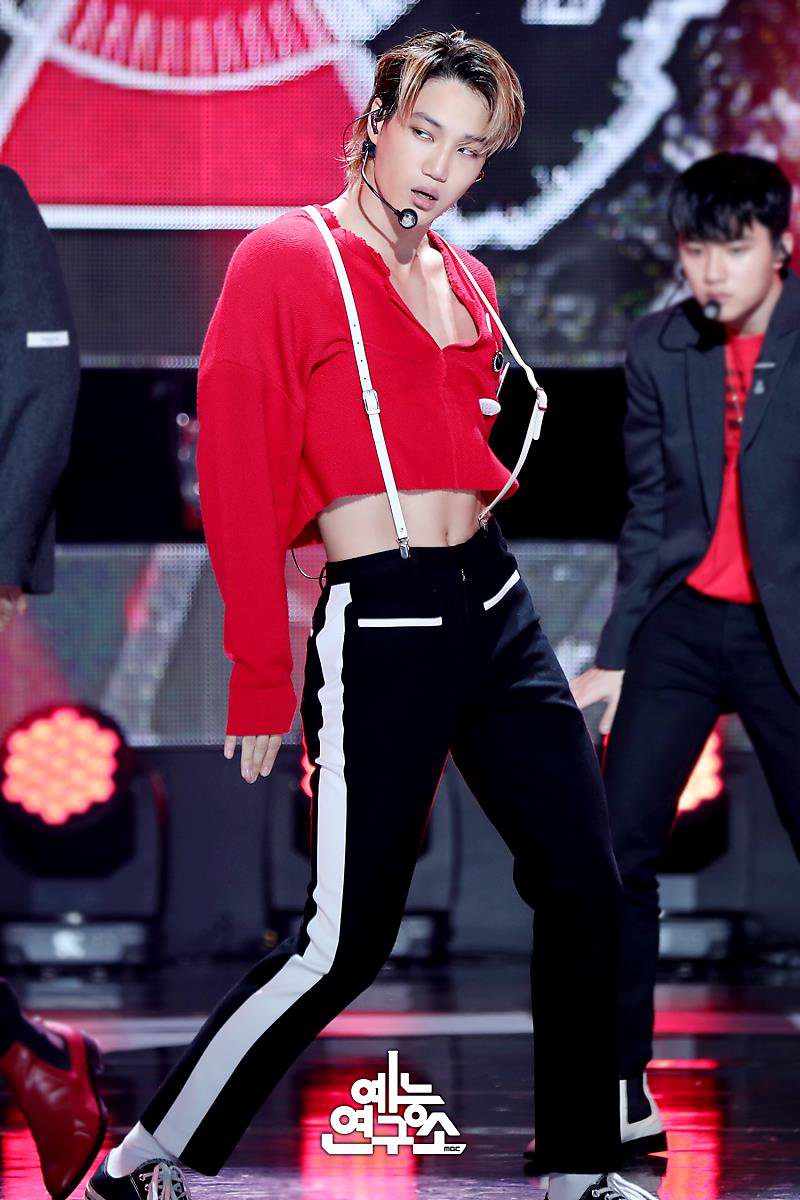 Kai, an official ambassador of Gucci, is not afraid to put on the wildest fashion trends. Whether it’s glitter or crop tops, he stays ahead of the time. In addition to this, the costumes he picks for his solo music MV’s are a part of his ideas and thinking. In reality, fans have crowned him the ‘crop-top’ king since he rocks them without any effort.

The singer is more invested in high-end, athleisure, and sophisticated outfits to summarize Kai’s fashion.

The former Wonder Girls member and present hit Kpop soloist, Sunmi is one of the most influential Kpop idols. Thus, we cannot form our most fashionable Kpop idols list without mentioning the Gashina singer. Sunmi is attractive and makes sure to share her brilliant fashion sense with everyone. Her choice of clothes is always filled with surprises: Sunmi can go from casual jeans to a classy red dress and still manage to look absolutely gorgeous. 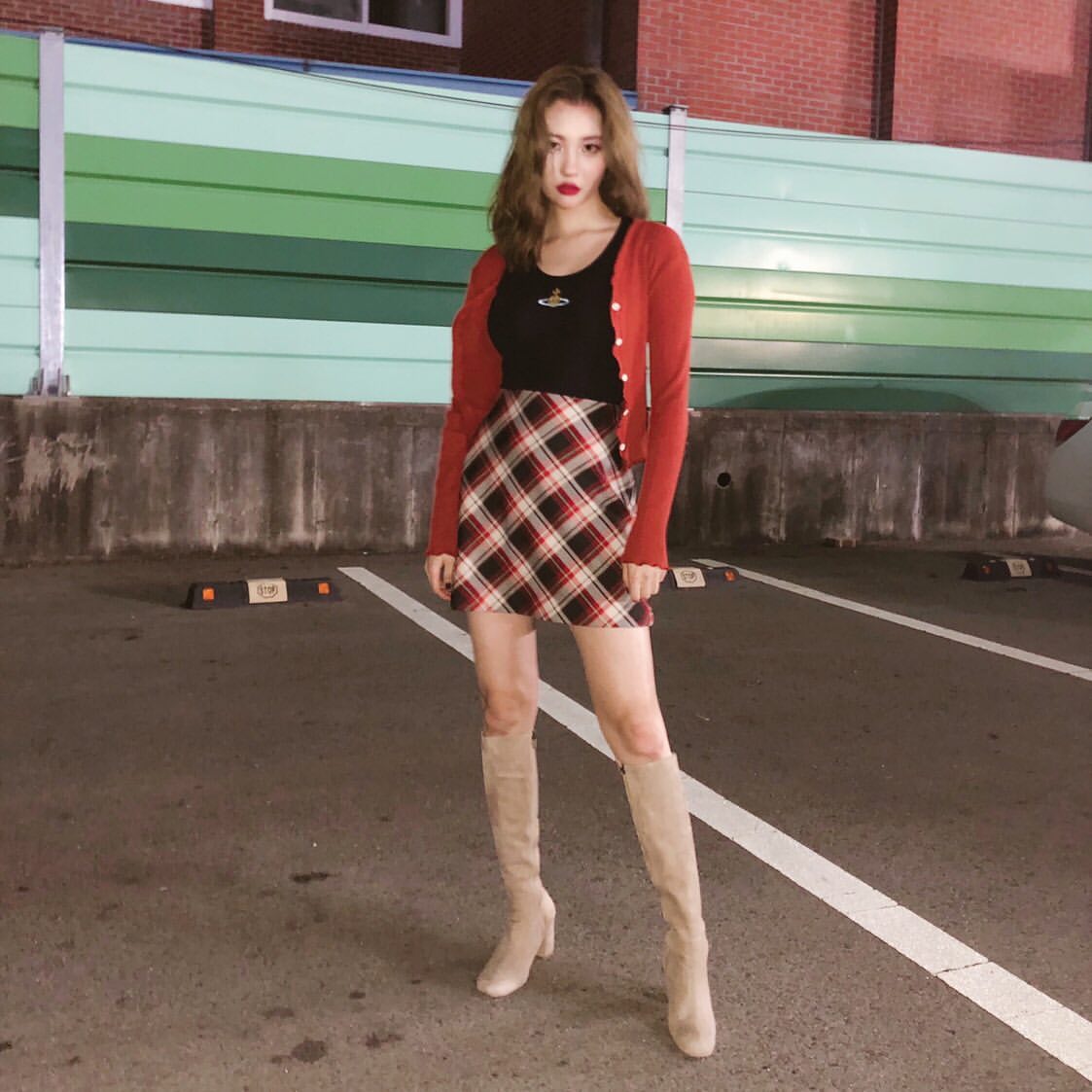 The singer likes to experiment with hair colors as well. Currently, she is feeding her 7.8 million IG followers with her pictures in blue hair. Furthermore, Sunmi regularly tries out different makeup trends and shares them with the world. Her love for fashion is visible through the photos, and Sunmi can easily get into a modeling company.

China’s heartthrob turned South Korean Kpop idol has fans from all over the world. Jackson Wang is GOT7’s member and one of the best dressed Kpop idols. Jackson can be easily mistaken for a prince due to his elegant and high-end choices while getting ready. We have seen Jackson showcasing his handsome face and outfit multiple times. Also, just like G-Dragon, Jackson has founded a high-end streetwear fashion brand, TEAM WANG, based in Shanghai, China.

His love for fashion and clothing can be seen online, especially in a Youtube video where he picks an athleisure outfit at a FENDI store. Jackson is a brand ambassador of FENDI as well as Armani beauty. Recently, Jackson gave a better insight into his accessory wardrobe, displaying his love for accessories. Jackson introduced his fans to his extreme devotion and collection of sneakers and rings, proving that he’s a fashionista indeed. 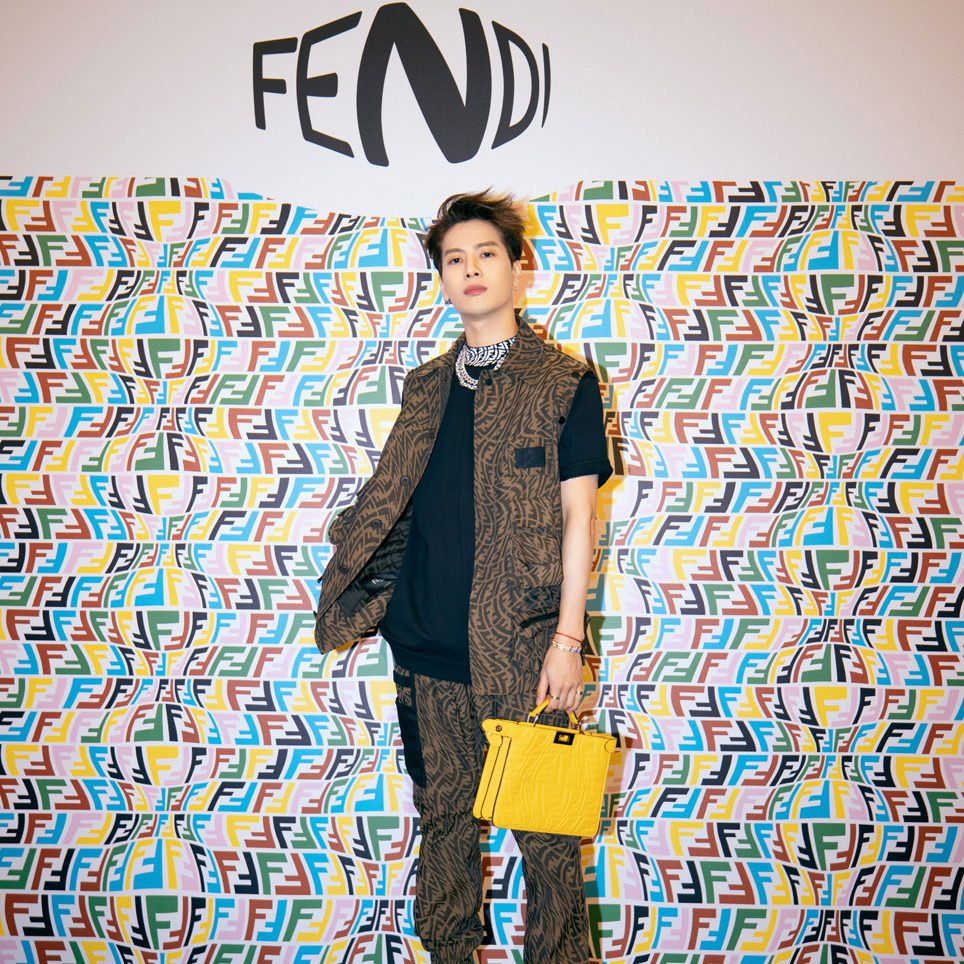 The South Korean singer has teamed up with multiple magazines and channels to reflect his love for clothes, accessories, and even skincare. So, we had to include Jackson Wang on our most fashionable Kpop idols list.

The always happy and hopeful rapper/singer from BTS, J-Hope, deserves a spot on the most fashionable Kpop idols list. The Chicken Noodle Soup singer is quirky, experimental, and filled with colors when it comes to his dressing style and choices. BTS Army and fans know about J-Hop’s love for baggy clothes and streetwear. However, the rapper also outshines in suits while on events and music award shows.

Apart from his clothes, J-Hope loves to accessorize. J-Hope is often seen rocking colorful phone cases, bags, keychains, and necklaces, which has influenced many. Lastly, he also owns some of the best footwear, which he casually sports with his outfits. 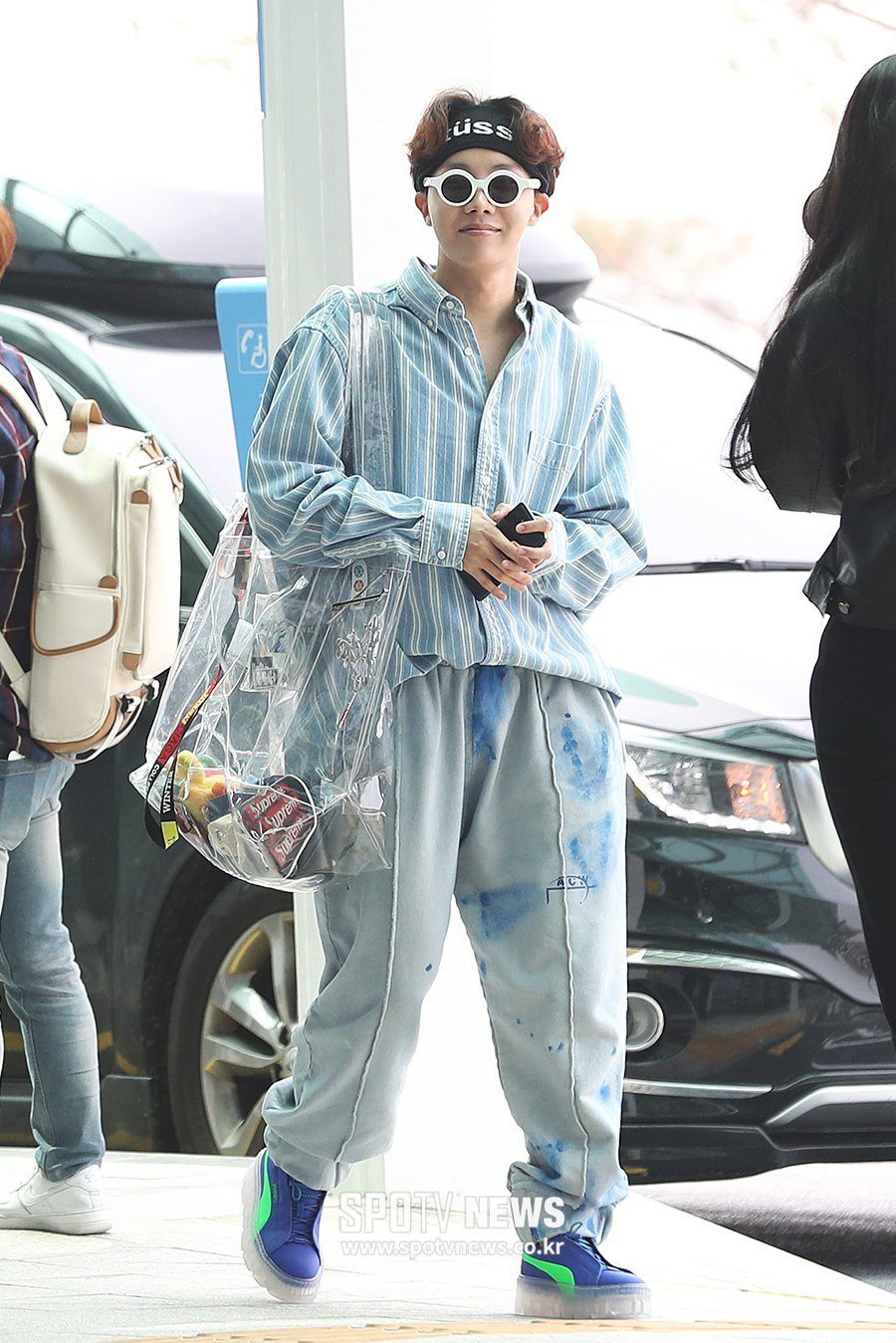 Since BTS’ debut on Instagram, they have been breaking many records. If you look at J-Hope’s, it will be the most aesthetic and trendy. The singer posts his outfits almost every day and gives new ideas to all the fashion lovers. In a nutshell, we can label J-hope’s fashion style as ‘Urban.’

Last but definitely not least, we have Hwasa from MAMAMOO. The singer/rapper stands out when it comes to fashion since she is labeled one of the hottest and sexiest female Kpop idols. Her style can be recognized as bold and fearless. The Maria had made headlines due to her pick of outfits. Although it outraged the older section of Korean society, Hwasa was ready to compete with western outfits. 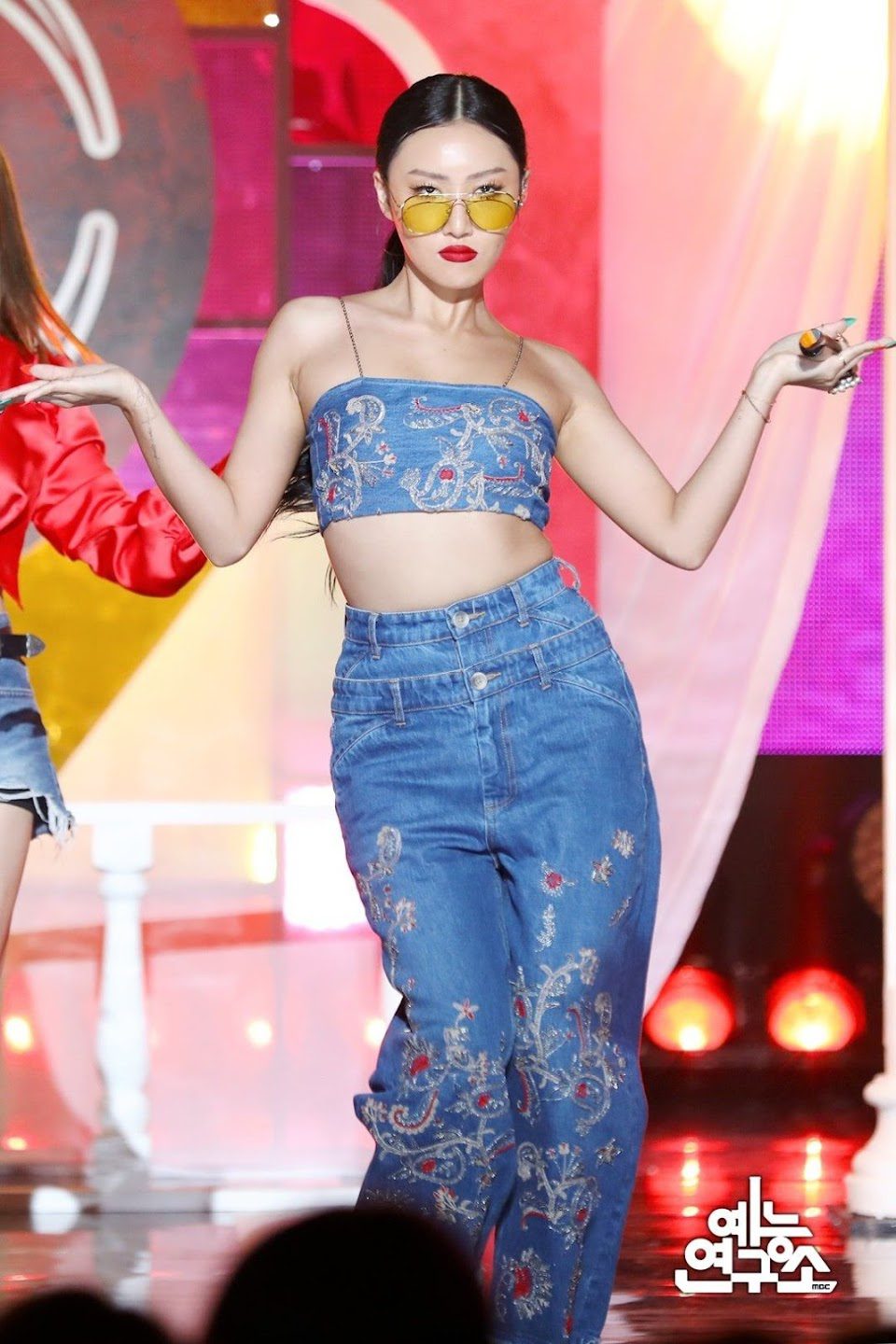 Despite other Kpop female idols, Hwasa likes to go with more casual and chic designs. However, she chooses outfits that enhance her body shape the best while performing. Her aura and fearless attitude are her best accessories, and Hwasa is also known as ‘It Girl’ of South Korea.  Hwasa has collaborated with brands like Miu Miu, Fendi, Balmain, John Hardy, Dolce & Gabbana, Alexander Wang, Bottega, Veneta, and Givenchy.

So, who do you think is the most fashionable Kpop idol?