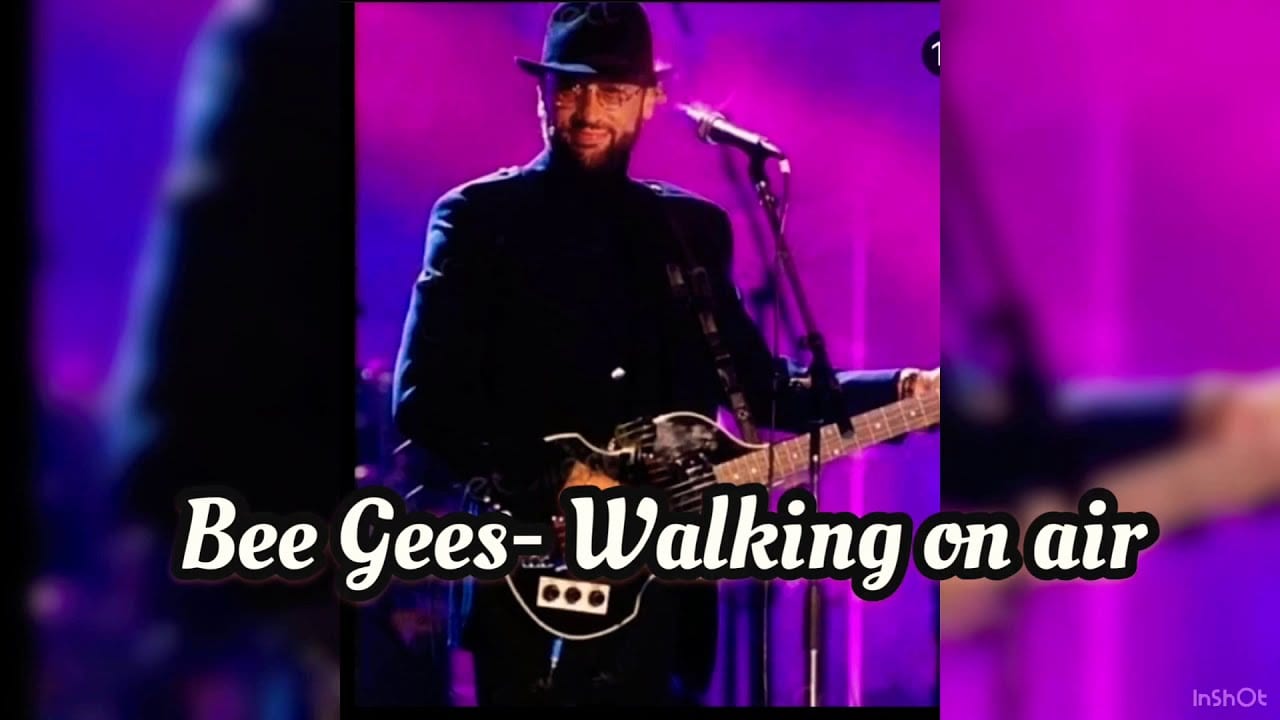 We all know the notable musician, singer, and songwriter of Britain named Maurice Gibb. Not only that, but he is also a record producer. Other than that, he has a background of music in his family where both his elder brother and his fraternal twin are singers, namely Barry Gibb and Robin Gibb. Apart from that, he came to the limelight by being a part of the popular musical group named Bee Gees. Since the group is made by his two brothers, it is easy for him to join the popular music group. In most of the albums of the group, we can see that at least one of Maurice is included. The songs, namely, are laid It on Me, Country Woman as well, as On Time. With the album songs of the popular band as well as with the three awesome singers the band.

Talking about his influence in the field of music. In an interview, he was asked about his inspiration to start his career in the field of music; he said his initial inspiration was the popular group of The Everly Brother, Cliff Richard, and Paul Anka: The Mills Brothers, as well as the Beatles. Apart from being a part of the popular musical group Gibb also has his single, which has achieved success to sky heights. He released his debut single during the breakup period of the popular musical group that is Bee Gees. The group had a temporary breakup that lasted for a year or so that is from 1969-1970. At that time, Gibb released his debut single titled Railroad. Soon enough, he recorded his debut album named The Loner. But for some reason or the other, the album was never released.

Born on the 22nd December in 1949 in the beautiful city of Douglas, he was none other than but the popular British Singer named Maurice Earnest Gibb. He was born in the family of Hugh and Barbara Gibb. Being passionate about music and singing, he started his music career at a very young age, that is, in 1955. He joined the popular roll group, which was a skiffle rock band named The Rattlesnakes. The start of his career was in the city of Manchester. Time went by, and the members of the group moved to Australia. Along with that, the name was also changed to the Bee Gees in 1958. Since they have started their journey from England, after staying some time in Australia. The group consisted of Maurice Gibb along with his two brothers and their two neighbors, namely  Paul Frost and Kenny Horrocks.

With time the members of the group that is the two brothers of Gibb and their neighbors, improved their skills. They made their first appearance when they sang for the first time in front of an audience in a local theatre named the Gaumont Cinema. Their children were called up on the stage to sing in between films and movies. But as it is said, things do not go as it is planned. In that performance, though they have decided to sing along a 78rpm due to some problems, they sang live. It is said that they must have sung the song named Wake up Little Susie, which was one of the popular songs by the popular group named The Everly brothers.

After some time, that is, after Gibb shifted to Sidney in the month of January in 1963, the group released their debut single. The title of the song was The Battle of the Blue and the Grey. But for some reason or the other, the song did not make it to the list of the top chart. However, their first album did not make it to the top chart. It surely caught the eyes of everyone listener. By the end of that year, that is 1963; the group Bee Gees got their first opportunity to work with popular singers named Judy Stone, Johnny Devlin as well as Jimmy Hannan. Apart from being a part of the group, he also made a solo performance. He made his first solo performance as an instrumentalist on the popular beat influenced named Claustrophobia, which was in 1964. Apart from that, with their skills, they earned more and more opportunities to work with more popular music professionals. In 1965, the Gibb brother earned their opportunity to work with the popular Trevor Gordon, Michelle Rae, and Noeleen Batley. With this, the group went on and on working with great personalities in their career field. In the very next year, that is in 1966; the Gibb brothers wrote their very first song named The Strom. Other than that, in that very year, Gibb started working as a guitarist in a popular band. Not only that, but he also recorded his debut single titled All by Myself. Things escalated with the Gibb brothers working with popular personalities from the field of music.

After some time, in the month of April in 1970, he premiered his debut single, which was his first solo single as well. The title of the song was Railroad. Around that time,  he made his first solo album named The Loner. But due to some reason, the album has not been released yet. In the following month of that very year, that is 1970 itself, Gibb earned the opportunity to be the lead vocalist for a total of three songs of the popular album named Sing a Rude. Other than that, in that very year, he made a super collaboration with the popular singer named Billy Lawrie. Together they made the popular song which was the short version of Gibb’s song named The Loner. After a couple of years, that is, in 1972, the song was aired on the popular record label of Britain named Pye Records. The song was released for the popular film of 1972 named Bloomfield. By the end of 1970, the Bee Gees had their reunion, and all the singers came together to create marvelous art once again. The reunion was dated the 21st of August in 1970. With that, Maurice earned several roles as the lead vocalist in the popular album of the Bee Gees, which was their track in the 70s. The songs where Maurice was the lead vocalist were Lay It on Me, Country Woman, On-Time as well as You Know It’s For You.

We know that apart from being a prominent singer of all time, he used to be awesome at the lovely musical instrument. After some time, that is in 1981, he started to record the track based on an instrument for his popular instrumental album, which remained unreleased named Strings and Things. In his album, there was a song named Image of Samantha, which said to have referred to his lovely daughter Samantha. Apart from that, in the following year that is in 1982, he was invited to a popular music festival named San Remo festival. Appearing at that festival, he performed the popular song from the hit album of the Bee Gees named Living Eyes. The named of the song is Wildflower, where he was the lead vocal. Not only that, in the very next year, that is in 1983, Gibb recorded and re-recorded two songs, namely the On Time and the Hold Her in Your Hands.

With all this, he earned more and more collaboration offers. In the month of February in 1984, he made a collaboration deal with the popular singer named Jimmie Haskell. Together they made the popular soundtrack of a movie. The track was named A Breed Apart. The song or the track was recorded in the city of Los Angeles in the popular studio named Gold Star Studios. He achieved sky-high success. In that very year, that is in the month of March; he recorded another of his popular single named Miami, A Musical Score. Being sang by such a great singer, the song was used in the promotional event of a movie held in Miami. After some time, he made his second single named Hold Her in Your Hand. The song was released in not all but some countries, namely in the United Kingdom, Australia, and South Africa.

In the mong of September in 1986, the old band that is the Bee Gees started working on their popular album named ESP. In that album, Maurice earned the position to be the lead vocalist in the popular song named Overnight. Other than that, in the previous year, that is in 1995, in the month of July, Gibb recorded another of his popular instrumental album, named The Supernaturals. Being such a great instrumental album, the song made its way to be dubbed in the popular film, which is of the same name that is The Supernaturals. After some time was on the 24th of April in 2001, the popular band that is the Bee Gees released its last and final album named This Is Where I came In. In the popular album, there was not one but two songs of Maurice named Walking on Air and Man in the Middle.

Being such a great personality in the field of Music in Britain, Maurice Gibb was not only an English musician but also a prominent singer and songwriter. With all this, Maurice Gibb holds a net worth of somewhere around $100million.

The popular personality in the field of Music, Maurice Gibb, tied the knot with his wife named Yvonne Spenceley Gibb on the 17th of October in 1975. Soon enough, the couple became parents of their first baby boy named Adam, who was born on the 23rd of February in 1976. After some time, their daughter Samantha was born on the 2nd of July in 1980. But for some reason or the other, Maurice became highly addicted to alcohol. Since the addiction was out of control and was causing health issues, he was sent to rehab for a few years.

Maurice Gibb, the prominent personality of the music field who was not only an English Musician but also a great singer and songwriter, expired on the 12th of January in 2003, when he was just 53 years old. The reason for his death is stated to be a twisted intestine which further leads to a cardiac arrest. He died in the Mount Sinai Medical Centre, which is in Miami Beach in the state of Florida. His family held a private funeral where somewhere around 200 people came, including the leading personality of the music field named Michael Jackson, Harry Wayne Casey.

Lauren Alaina’s New Single! Is She Taunting Her Ex?

Who Is Ariana Grande Dating, Is She Still Single?