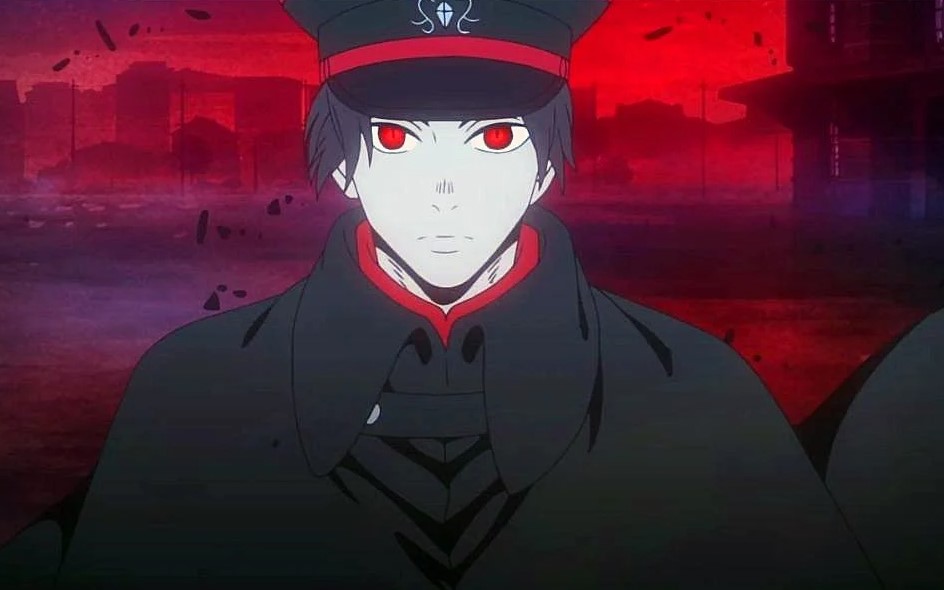 The vampire story that started around 1923 has come to an end as we conclude the episode finale of Mars Red. Mars Red has completed after Colonel Maeda Yoshinobu returned and had a brawl with Deffrot due to misunderstandings. The two vampires got involved in a fierce battle that ended the Aoi gets hurt. Yoshinobu realizes that he is still human deep inside and vanished. Later, he returns after getting the Dark Wings and settles the misunderstandings with Deffrot.

The episode begins in Tokyo City at the railway station where the Code Zero squad shoots out the vampires. The captain told the soldiers not to let a single soldier pass through. But the brutal vampire managed to pins one of the soldiers with the ground. That soldier holds the vampire’s face while avoiding getting bitten. Fortunately, Special Forces Unit 16 arrived in time and blew that vampire away. They started to come in numbers and begun to assassinate the vampire. That soldier gets up and realizes that he is in the middle of the ”Vampire Unit.”

A strange guy told the soldiers that if they want to live, they can join his team. The guy reveals that he is the commander of Special Forces Unit 16, Rufus Glen. The title of the episode is ”King of Fools.” Glen steps forward and reminds the vampires that there are two open roads for them. The first road is for them to obey Special Forces Unit 16, and they will receive blood and registration. The second road is they can refuse to obey and rest in peace. The vampires decided to challenge the Special Unit Forces 16, but they had no match. The warriors enjoy smashing the vampires.

The Special Forces Unit 16 dominated that vampires and Glen enjoys watching. After five minutes, the first group of vampires got wiped out. Glen notices that one of his men got bitten in the process and steps down to inject him with a blood injection. Glen comments that this guy is not a star performer and uses a blade to cut that guy’s neck. Misaki was nearby witnessing everything and decided to leave. Meanwhile, the higher-ups talked about the vampires that are appearing in every city.

The leader of the soldiers is acting like nothing is happening. But he relaxed with his feet on the table. The higher-ups wonder why this guy is relaxed with so many incidents around the city. The guy got revealed to be Glen, and they wonder how he arrived here since he was in the middle of a war. Glen said that they could allow the Special Forces Unit to maintain order in Marunouchi. The higher-ups wonder what will happen since they heard rumors that Glen kills the warriors that turn into vampires during the battle.

After everyone has left the room, Glen smiles and shows the vampire’s teeth. Meanwhile, in another city, the warriors use blazing guns to burn the vampires. Glenn teleports and arrives while laughing that he is destroying everything in an instant. He is doing things that Yoshinmobu and Nakajing failed to do after so many years. Glenn is excited that the vampires are getting destroyed in a single day. Gleen shouts while saying, burn, burn, as he smells the scent of flaming vampires. The Special Forces Unit continues to kill the vampires brutally. 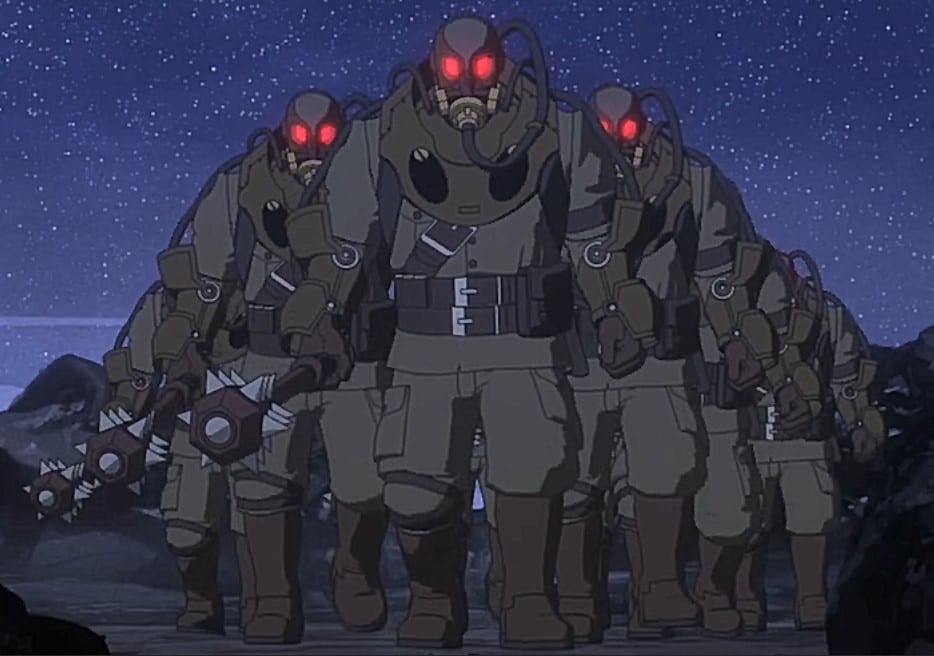 Glen comments that every vampire that is stronger than him deserves to die. Misaki appears nearby and watches what Glen is doing. Glen told his men to hunt every vampire. Misaki heard that and realizes that she is also a vampire, but she is registered, posing no threat to humans. Meanwhile, Nakajima is locked somewhere, and he wrote a note of something. Glen arrives and tole Nakajima that he is doing a great job ever since he took over, and he likes Nakajima’s ideas.

Glen reveals that the boys have completed the mission and returned without a single causality since they are an invincible fighting force. But none of those boys are humans; Glen puts a gun in front of Nakajima and tells him to hurry up and die. Misaki arrives near the river, and glen appears. Glen reveals that he has killed all the vampires and he is the king of vampires. Aoi listened to Glen, who proposes that they can crow the sea and build a new kingdom. Later Deffrot arrives and kills Glen after a long battle. Yoshinobu and Kurusu clashed their swords.