Luke Mabbott is a British reality TV personality and social media sensation. He was born on May 4, 1995, in Redcar, a coastal town in Redcar and Cleveland, North Yorkshire, England. 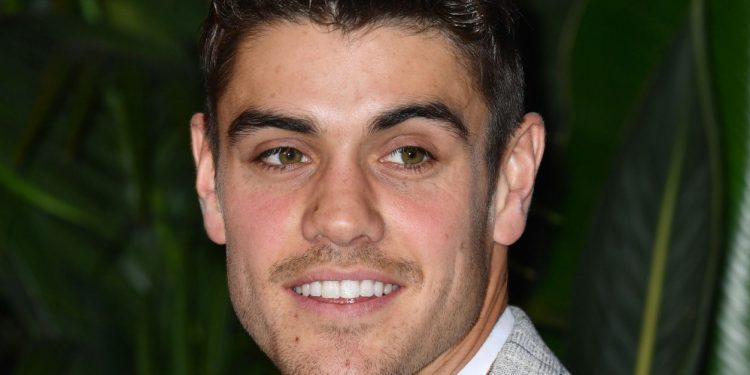 Lately, the popularity of Luke Mabbott has been rising all over the internet, resulting in fans being eager to know about Luke Mabbott Girlfriend. Luke Mabbott is a British reality TV personality and social media sensation. He was born on May 4, 1995, in Redcar, a coastal town in Redcar and Cleveland, North Yorkshire, England. He is a British citizen and belongs to the white Caucasian ethnicity. Taurus is his zodiac sign. Since childhood, he maintained his belief in Christianity.

Luke grew into a middle-class English family. Mabbott’s father’s name is Jeff Mabbott, and his mother’s name is Denise Mabbott. His father worked as a medical assistant at James Cook University Hospital in Middlesbrough, North Yorkshire, England. Luke has an older brother named Liam Mabbott. Luke attended Ings Farm Elementary School in his hometown of Redcar. During this time, he was a promising footballer and played in the 2006 Teesside Junior Football Alliance final.

Who is Luke Mabbott Girlfriend?

As of now, Luke Mabbott is dating Lucie Donlan, a reality star, model, and influential personality. She rose to prominence on the fifth series of the ITV2 Love Island UK dating show in 2019. Luke and Lucie started their relationship in mid-2020. In fact, Lucie was the first person to confess her feelings for Luke. The love Island star revealed that she won over Luke by approaching him online.

Demi was previously romantically involved with Luke Mabbott when they both appeared in the winter series Love Island UK, which premiered in January 2020 from a new villa in South Africa. On the 16th day, Demi enters the villa and ends up having a romantic relationship with him. The pair finished third together on day 43. However, the popular couple separated a few months after the show ended.

Not yet; the couple hasn’t engaged yet. But Lucy had previously indicated that she was waiting for an offer from Luke. In response to fan speculation about him on Instagram in February, Lucie replied “true” when one of his followers wrote, “You are waiting for Luke to pop the question.” Luke replied to Lucie’s post on his own Instagram Story but didn’t reveal much when he mysteriously added a laughing emoji and a red heart.

Why did Luke Mabbott and Demi Jones Split Up?

After making it to third place on the love island, Luke and Demi continued their relationship outside the villa, but soon they broke up. Just weeks after they left the villa, Luke was reported to have had an affair with a student at a PA nightclub in Wales – for which he has always denied. The couple separated three months later when their relationship fizzled up due to no attention during a lockdown. A source revealed that time as there hasn’t been any cheating or drama that has just erupted – he’s hoping to break the block and make the most of his newly single status.

However, after Luke went public with Lucie, Demi posted a video on YouTube accusing him of “suddenly” ending their relationship and saying he was dating Lucie in less than two weeks after his breakup with Demi. After he and Lucie were targeted by Demi’s online troll video, Luke replied on Instagram, writing, “Demi and I broke up on May 29, then Lucy contacted me – a few days later, a week later, or something like that let’s see if I’m single and then we went to date on June 17 which is not in Cornwall, so I don’t know where Cornwall is. “Luke also claimed that Demi asked him to postpone their separation until she published her collection of clothes.

As of 2021, Luke Mabbott’s net worth is estimated to be around $500,000 to $1 million. He earned his fortune as a reality star through his business ventures. He didn’t make much money as a member of the Love Island cast in 2020, but his name can solidify as a show business star. The name and fame he gained through this event helped him earn millions of followers. And now, with over 1 million followers on Instagram, he collects $10,000 per post or even more.

As participants in Love Island UK in 2020, he and his colleagues were paid £250 a week to attend the reality show. This is an increase from 2018 when stars were paid just £200 a week. This particular amount is meant to cover bills, rent, and utilities until they appear on the show. Luke is currently continuing his career as a Heating engineer. From his professional heating engineer, he earns an average of 37,500 pounds a year. She also works in modeling and, as a model, earns around £24,000 a year. If you add up all of his income, his annual salary is around £71,500 to £100,000 a year.