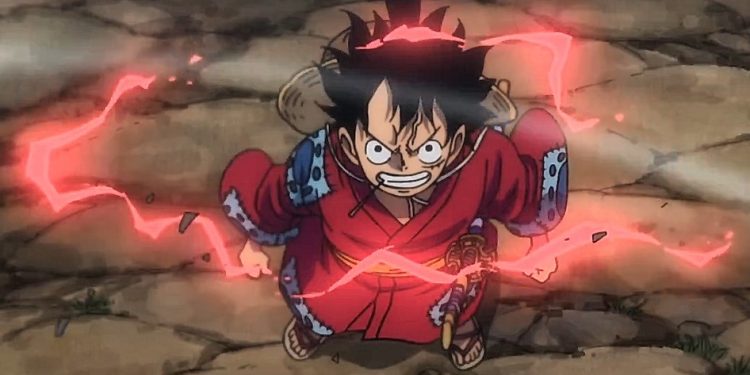 One Piece Episode 1005 has been delayed, and the recent episode is the special episode of One Piece. The special episode begins with Bartomelou and Otama narrating Luffy’s journey and struggles and how Luffy formed his crew. The episode title is “Barto’s Secret Room.” Luffy arrived in the Land of Wano to destroy Kaido and settle the feud between them since Dressrosa. The first day Luffy met with Otama, she was kidnapped, and he saved her life after beating the Beast Pirates and told her that the beach is noisy. Otama welcomed Luffy to her home and fed him a bowl of rice.

Luffy had no clues that it was the last bowl of rice Otama gave to him, and she was forced to drink polluted water since she was hungry. But she falls unconscious, and Luffy takes her to the doctor. On the way to the hospital, Zoro helps them fight with the enemies, and they also encounter Hawkins, a Lead Performer of the Animal Kingdom Pirates. Luffy is the rookie from the Worst Generation nut. Hawkins dared to stop Luffy; Zoro decided to beat Hawkins using Two-sword styles. They save Otama’s life for the second time, and Otama considers Luffy and Big Brother.

But Kaido’s subordinates were still after Otama, Holdem kidnapped Otama. Luffy, Kiku, and Zoro learn about Otama’s kidnap and head to rescue her. Luffy battle with Holdem and uses Gum-Gum: Red Hawk that KO’D Holdem. Otama was saved once again, and Luffy gave her a red apple. Luffy told Otama that he was repaying her for feeding him the other day. He promises Otama that he will set everything right when he leaves the Land of Wano. Later Luffy rejoins his crew and face Kaido.

Kaido appeared from the sky in the past, and everyone was surprised that Kaido was a massive dragon. Kinemon expects that Kaido is strong. Luffy had no clues who that flying monster was, and Law revealed that the monster was Kaido. Kaido looks at Luffy and wonders who that brat is. Luffy reveals that he is the man who will become King of the Pirates. Kaido gets angrier to learn that the brat was Luffy, and he has been waiting to teach Luffy a lesson. That day Kaido showed the Samurai Blast Breath, burning them into ashes.

Luffy survived that and used Gear Forth against Kaido. He also uses Gum-Gum King Kong Gun, and Kaido uses his Kanabo to counter that. Kaido uses Thunder Bagua against Luffy, who both eat those massive blows. But Kaido sends Luffy flying, who loses his Gear-Fourth form. That was Luffy’s first defeat from Kaido. Luffy fell unconscious, and he couldn’t fight again. They sent him to Excavation Labour Camp in Udon prison and cuffed him with Stone Prism chains. Luffy wakes up, works hard, and meets his rival, Captain Kid.

Luffy gets furious when Kid constantly challenges him, and they work hard more than any prisoners. But Luffy couldn’t stand it when the guards abused the prisoners. His heart got touched when the guards’ attacked an old geezer Hyogo, and Luffy beat that guy to a pulp. Luffy also faces Queen, and Big Mom also looks for Red Bean Soap. The Akazaya Nine assembles and plans to take down Kaido with the help of prisoners. Later Momonosuke was kidnapped, but Shinobu freed him. Luffy met with Yamato and headed to take down Kaido.

One Piece Episode 1005 will be released on 2 January 2022. In the present Era, the Akazaya Nine battle with Kaido on the rooftop. While Luffy and Sanji beat the Beast Pirates, blocking their path. The Akazay Nine uses Oden’s Two Sword Style to counter Kaido’s Blast Breath. The next episode will release soon. Let’s look at One Piece-Episode 1005 official details and recent updates.