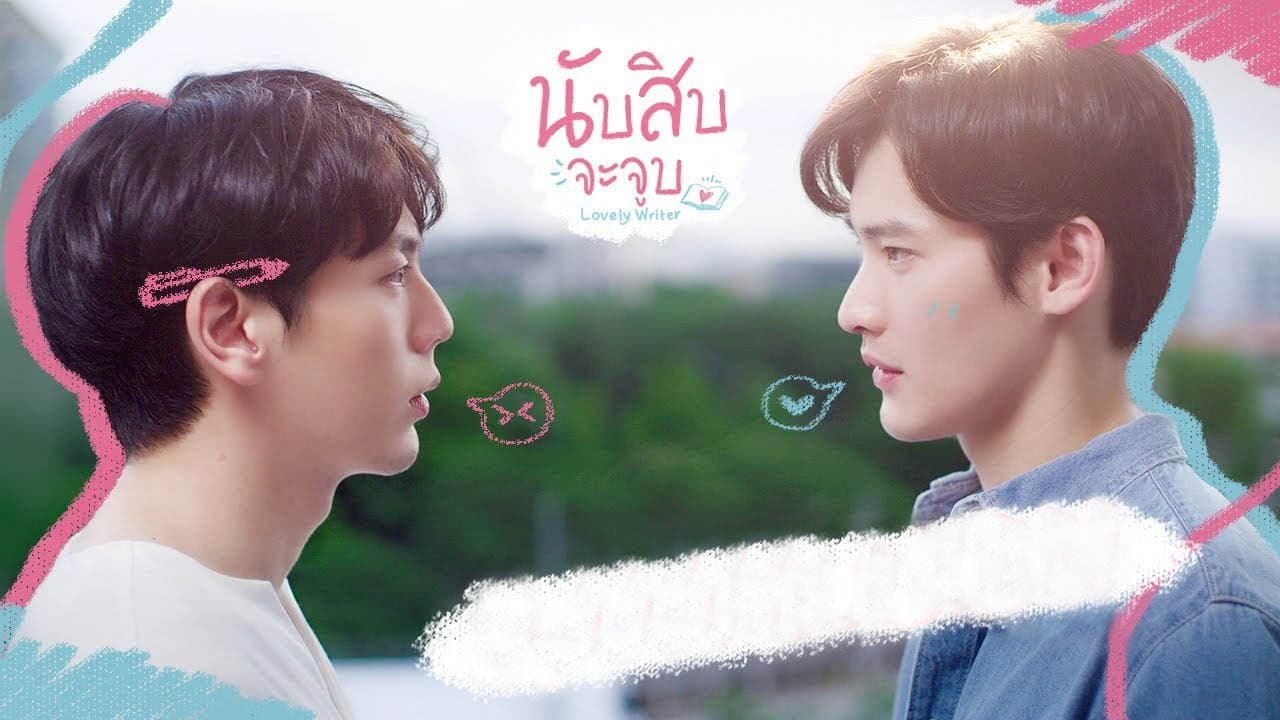 Lovely Writer (นับสิบจะจูบ) is a Thai Drama. The BL Romantic Comedy has been directed by Tee Bundit Sintanaparadee who is also known for directing Tharn & Type. Lovely Writer is currently airing. The first episode aired on Feb 24, 2021. New episodes air on Wednesdays on the original network Channel 3. Till now 6 episodes have been telecasted. 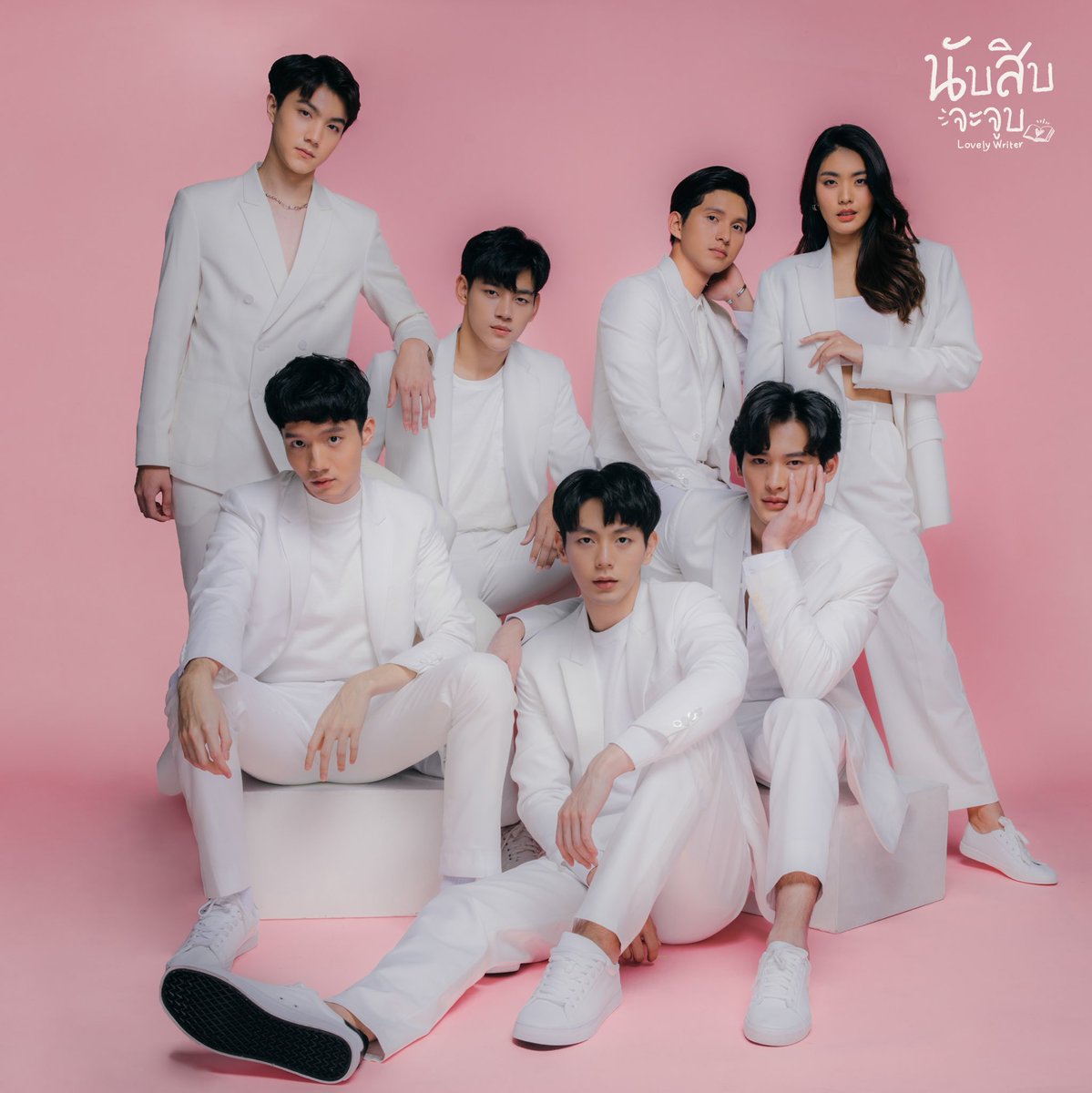 The Plot of “Lovely Writer”

Gene( the main lead) is a novel writer. His publisher wants him to try the BL genre of novels though he does not enjoy writing them. His previous BL novel “Bad Engineer” got so popular and commercially successful that it gets adapted into a BL Drama series. He wants to continue with genres such as fantasy and horror but this publisher BUA wants him to write more Bl novels so that they can increase commercial profits after the release of the drama.

Gene was also asked to attend auditions and shoots. He meets Nubsib at the auditions. Everyone is starstruck by his acting and he is instantly selected for the main role of the drama. Gene also comes across his old friend Tum who requests Gene to let Nubsib stay with him in his condo. After much hesitation he allows Gene to stay. Nubsib cleans up Gene’s messy condo and cares for him. They grow close but Gene won’t admit his feelings. Gene even got jealous when Nubsib had to kiss his costar for the shoot. The story is really light-hearted and has certain comic elements making it more cheerful.

Recap of Episode 6 of “Lovely Writer”

Nubsib is at the photoshoot with Aey, the lead role for the drama. Gene feels uncomfortable and goes out to get some fresh air. Nubsib notices Gene being jealous but he continues with the shoot. Gene is unable to concentrate and he is lost in his own thoughts. He does not even notice when the café worker brings him the coffee. He meets Mhok in the café and they talk about Mhok sister liking Gene’s book and he would like to get an autograph next time. Nubsib sees Gene with Mhok and asks him not to talk to strangers.

Tum tried starting his car but the car would not start. He does not know how to fix an engine. Tiffy comes and tries to help him but her shirt rips. Tum stitches her shirt and they talk about each other’s interests and how they learned such tasks. The conversation gets pretty intimate as  Tiffy talks about her past homosexual relationship not being accepted by her mother and that her mother died a few days back. Tum also talks about his childhood, how losing both of his parents was difficult. 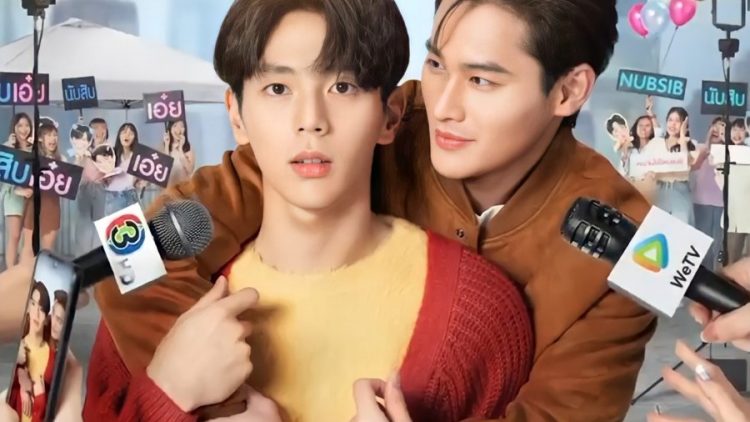 Gene goes home and surprises his mother. At the dinner table, Gene’s father asks him to move back home since he only writes novels. Gene says that he is busy and he would like this topic to be discussed later.

The next day Gene visits Aunt Ohm’s house. There he sees a photo and recognizes Nubsib. He has certain flashes of memory of meeting Nubsib in his childhood. Nubsib uses his aunt’s surname because his father does not support him as an actor. Gene says that he has seen him on the internet and nothing more. Gene realizes that Nubsib is Aunt Orn’s son and he returns home to ask him to move out immediately. They might have had some traumatic incident in the past which lead Gene to react so emotionally. The episode ends with both Gene and Nubsib suffering emotionally. Gene’s phone vibrates but he does not receive the call.

Lovely Writer Episode 7 will release on April 7, 2021. New episodes air every Wednesday at 9: 20 pm. There are expected to be 12 episodes. Episode 6 ended on a heartbreaking as well as a perplexing note for the viewers so the viewers are eagerly waiting for Episode 7.

In episode 7, it can be expected that Nubsib will come over to Gene’s and they will deal with the misunderstanding maturely. In the previous episode, Gene accused Nubsib of lying to him about his true identity so that will get clarified. We might even get a glance at the past incidents that triggered such a reaction in Gene.

Where to watch “Lovely Writer”

Lovely Writer is telecasted on the original network Channel 3 and Tencent video every Wednesday at 9:20 pm. It is also available on WeTV who happens to be an official partner of the show. After few days, the drama is also uploaded on the official Youtube channel of Lovely Writer.