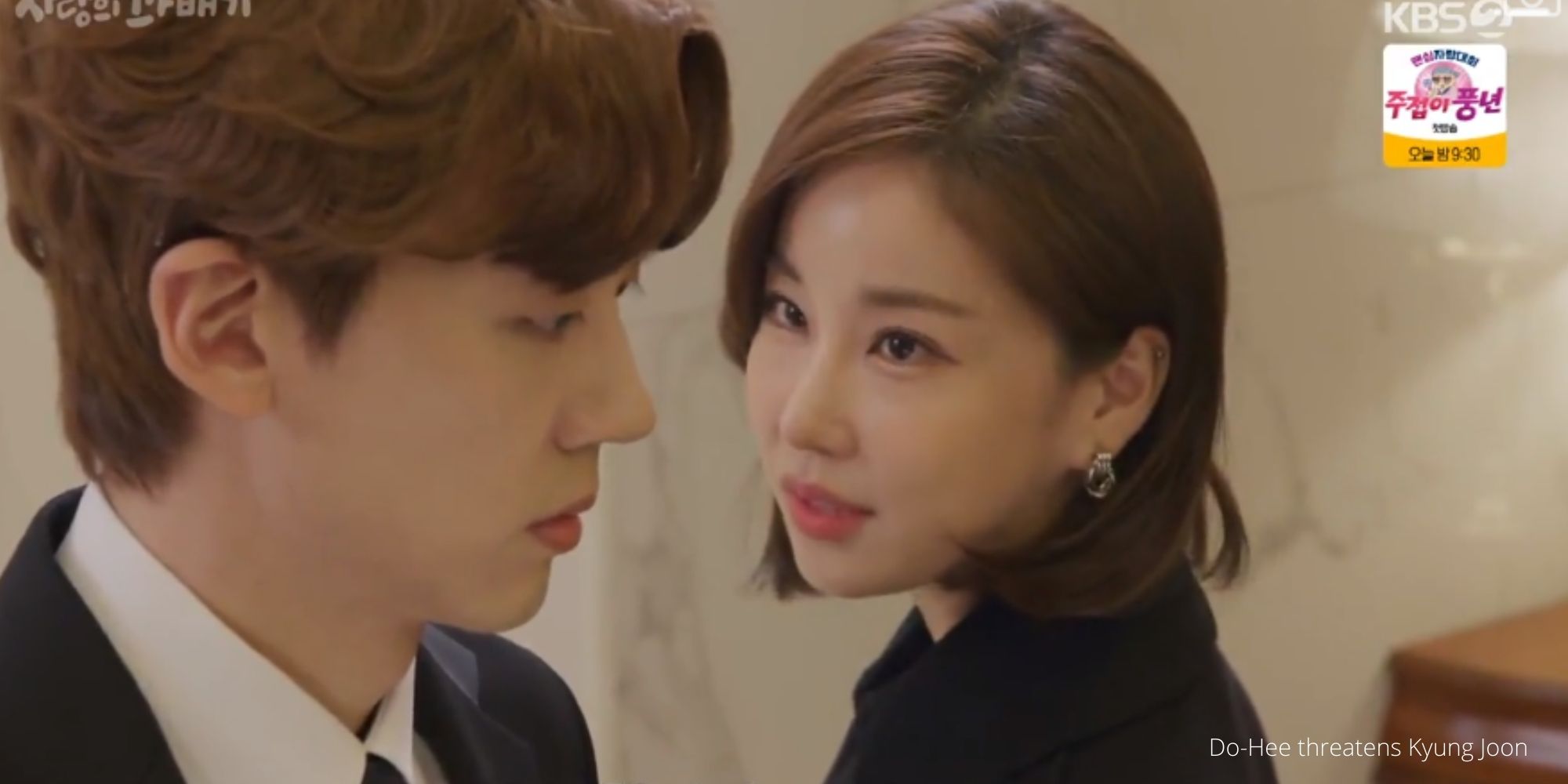 After So Ri’s grandfather dies everyone visits his funeral. The most surprising guest there is Ha Ru’s mother Hee Ok. Even though everyone tells her to leave, Ok Hee makes her stay. When the CEO of the ‘Next’ company visits she even says that she is Gwang Nam’s next wife. In ‘Love Twist’ episode 32, So Ri asks Kyung Joon to marry her and tells her family her decision.

Till now we have seen that Ha Ru decides to marry Yoon-ah without taking So Ri’s feelings into consideration. She tries to contact him when she finds out that she is pregnant but he ignores her call. This makes her burst into tears but still, she decides to keep the baby. When her grandfather finds out about this he tries to convince her to not have the baby. So Ri responds to his concern negatively and storms out of the room. When her grandfather tries to stop her he falls down the stairs. This leads to him being hospitalized and ultimately he dies.

So Ri’s grandfather’s death is caused by another fall as he is trying to reach for the pen on the floor. Ok Hee is the first person to find out about his death and she discovers his will on his bed. She decides to fulfill his last wish without letting anyone know about it. Everyone is in a state of depression because of the news. Even Kyung Joon’s parents are genuinely sad. Also, they are surprised to see that So Ri did not come to her grandfather’s funeral. When they talk to Gwang Nam they find out that no one knows how Beom Soo died. 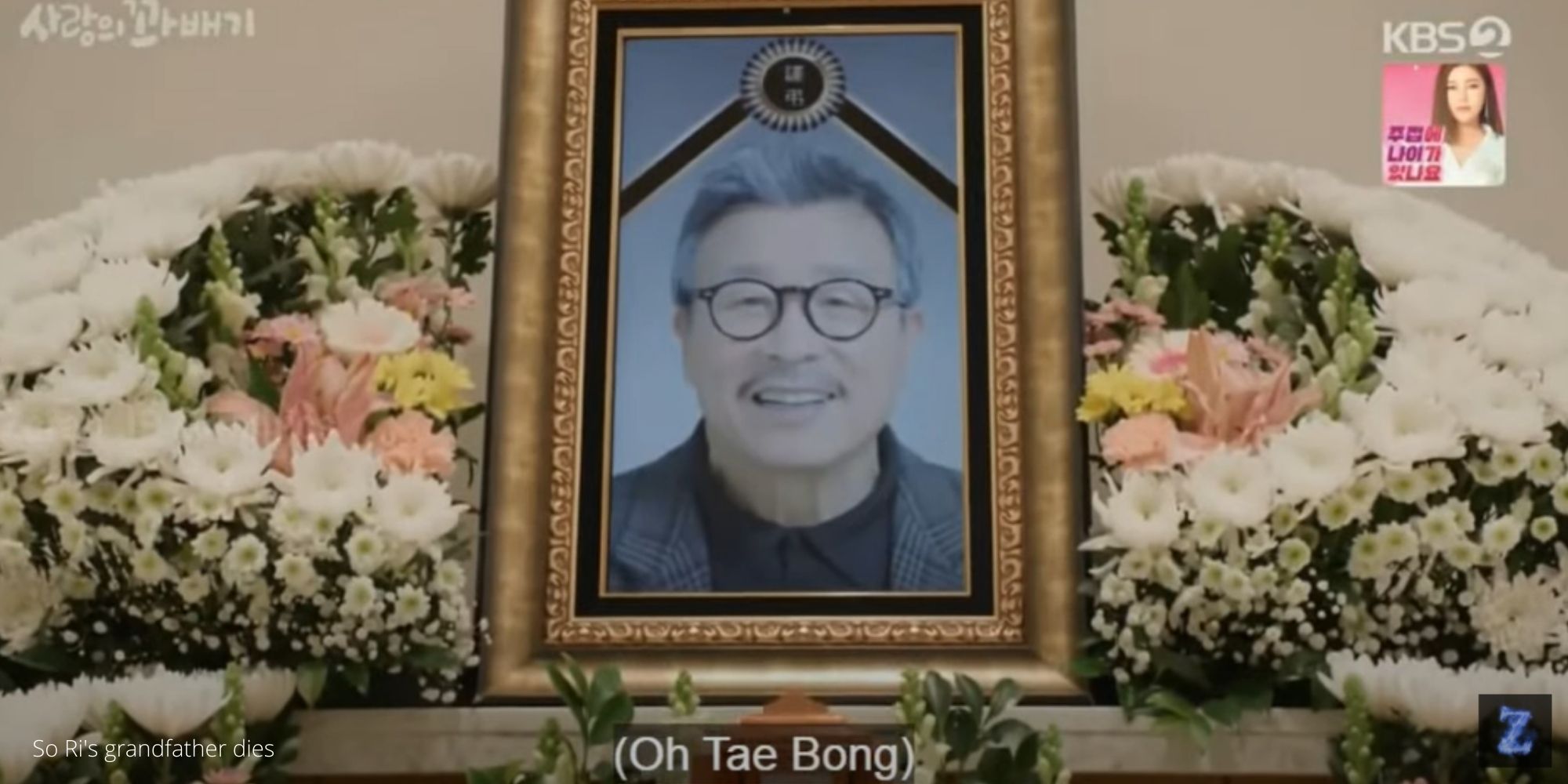 So Ri Will Keep Her Baby

After a while, both Ok Hee and So Ri arrives at the funeral. When So Ri pays her respect she apologizes to her grandfather as she will keep her baby. Kyung Joon blames Do-Hee for So Ri’s grandfather’s death he tells her to leave but she refuses. She threatens Kyung Joon and says that his life is in her hands. While paying her respect she promises So Ri’s grandfather that she will uncover the truth behind the fake test results.

Ok Hee calls Hee Ok to her father-in-las funeral and everyone is shocked to see her there. When So Ri’s grandmother starts to yell at her Ok Hee says that she will pass on her daughter-in-law’s duties to her as she will be joining the family soon. This makes So Ri’s grandmother faint and So Ri gets her out of there. Hee Ok, Gwang Nam, and Ok Hee stand together to greet the guests. When the CEO of the ‘Next’ company arrives Hee Ok tells him that she is Gwang Nam’s next wife. This becomes a hot topic among guests and everyone makes fun of them. 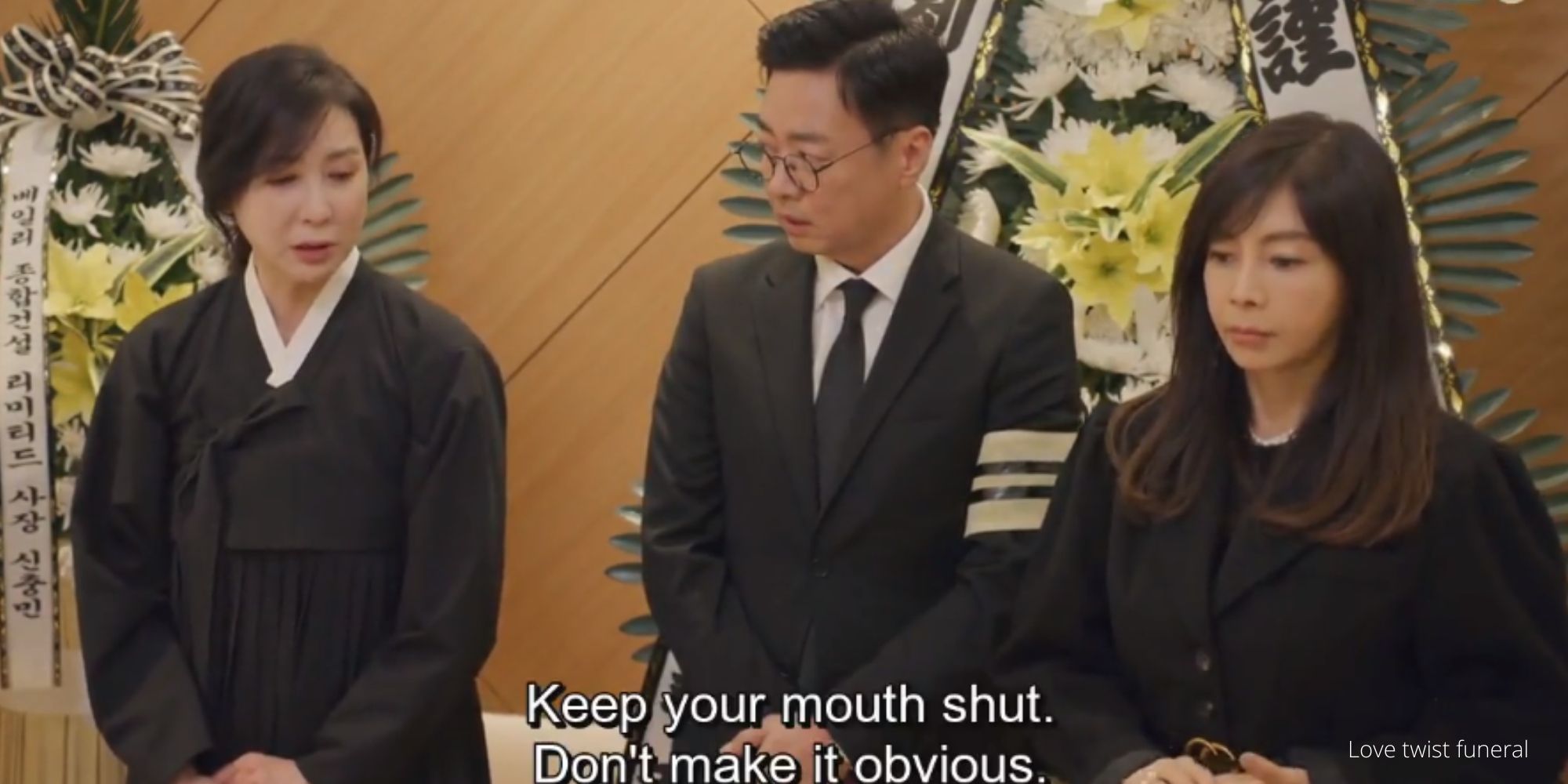 The ‘Love Twist’ Episode 32 release date is 25th January 2022. Park Ki Tae finds out that Gwang Nam is at his father’s funeral and he decides to reveal the truth in front of everyone. When he finds out that Ok Hee and Hee Ok both are standing with him he creates a scene. After he is handed over to the police Ha Ru comes to pay his respects. He apologizes for not being able to fulfill his last wish. He can never become part of the Oj family.

Where To Watch ‘Love Twist’ Episode 32?