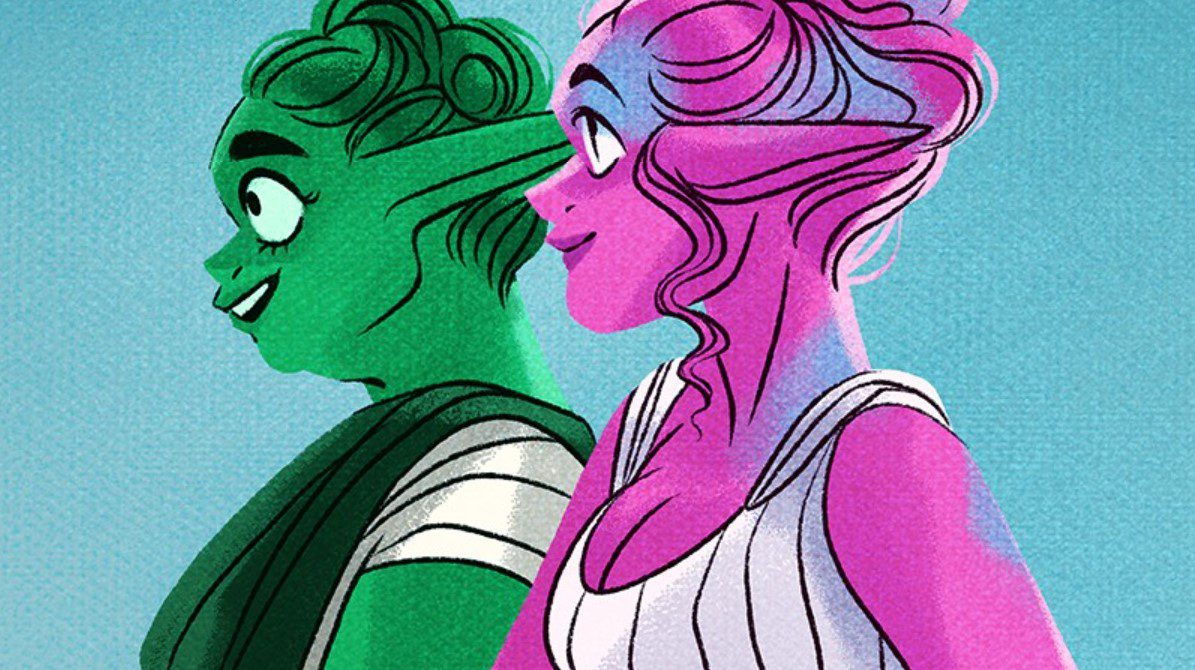 The story between the flower nymph and the god of death continues next in Lore Olympus Season 2 Episode 170. Thanatos and Daphney continue with their visits, and it looks like they are having a good time together. The last episode of Lore Olympus Season 2 will take us through their recent visit. As the God of death, Thanatos does go through a lot, and he has told Daphney that it gives him a lot of mixed emotions. The chapter was an interesting one, so we will soon take a look at how things went down between Thanatos and Daphney this time.

The episode was mostly about them and how they divide the time they spend together with work. Surprisingly, Daphney has brought Thanatos a surprise bag of cookies only to find out that Thanatos did the same thing for her.  Spending a little more time together, Thanatos ended up asking Daphne to be her girlfriend, to which she awkwardly accepted. Having spent a little more time than he expected, Thanatos had to head back to work, and Daphne returned home.

Demenenter is still missing, so things have been a little hectic at home. But despite all that, everyone was happy to see her. They spent some time with her catching up about how life has been in the cities for Daphne.

Later on, Daphne went to the woods, so she looks at the present that Thanatos got for her. When she opened it she finally found that it was a hair clip, so she was happy to see that Thanatos has been so caring towards her.

It looks like more trouble will follow once again, which will only add to the recent chaos as Demeter is still nowhere to be found. 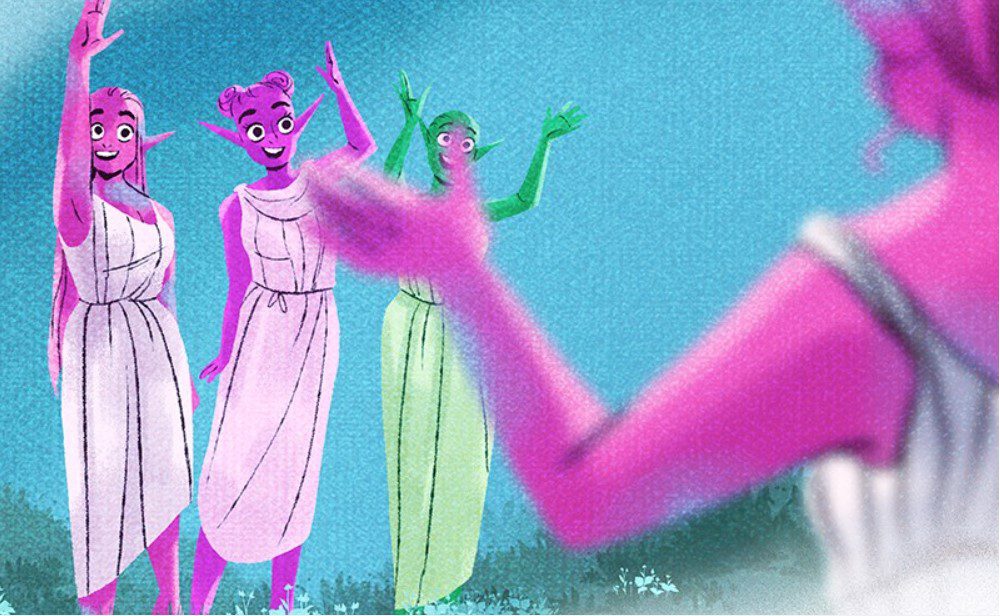 Another disaster looms over Daphne’s home village just when she has returned from the cities. Earlier in the day, she went to visit Thanatos but just when she returned; everything was peaceful until she went to explore the forest. She wanted to spend some time alone looking at the present that Thanatos got for her. She was overjoyed to see that Thanaton got her something she liked, a hair clip. But she also came across one of the guys from the village.

Out of the blue, an arrowhead rained down from the sky, impaling the guy through the chest. So this came as a shocking event since no one expected things to get hectic while the village was still in search of Demenenter. It turned out to be one of the girls from the village, and the attack seemed to be fatal. But at the moment, it is not yet clear why she would try to kill Demenenter out of the blue. The next episode or chapter should take us through what happens next since this is suspicious behavior.

For now, there might not be many reasons why someone would appear and starts violence out of the blue. Hopefully, this will be cleared in the next chapter. The woman who shot the arrow appeared from behind with a bow in her hand. But she appeared timid and scared with teary eyes.

Maybe this might be one of those moments when practice has gone wrong. So we should wait for the next episode or chapter so that we get to know what happens. Since Thanatos has asked Daphne to meet him later in the day, maybe this might have some influence over this. But this is also coming as more of an irony since Thanatos will be coming later, and he is the god of death.

So other than that, they are both one and the same thing, just named in a different way. New episodes are released on Sundays so let’s wait for the weekend when we have the next episode.