‘LOONA’ & ABC Mart: Here Is Everything You Need To Know About The Limited Edition! 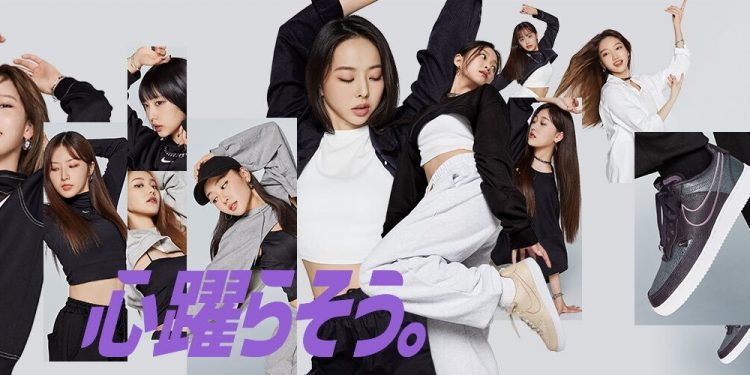 LOONA became the face of ABC Mart on November 25. Known as one of the leading footwear companies in Japan, ABC Mart has stores all over South Korea, Taiwan, and Japan. Debuting back in 2018 under Blockberry Creative, LOONA is a girl group consisting of 12 members; Haseul, Vivi, Yves, JinSoul, Kim Lip, Chuu, Heejin, Hyunjin, Go Won, Choerry, Olivia Hye, and Yeojin. Wearing the Nike and ABC-Mart store-limited colors shoes, the girls want you to do something important in your daily life that excites you.

Calling them the “Shoes you want to wear at the moment of excitement in everyday life”, the girls of LOONA also starred in a special short film. They can be seen talking about the things that excite and motivate them. As they dance around and show their bonding off with their Nike Court Visions on. The longer cut promo raises the question to the girls about what motivates them. Taking turns, the girls talked about the things that motivate them to become better people and better artists.

What Motivates LOONA To Become Better In Life?

Talking about the internal desire and the feeling where you want to achieve or accomplish something that makes you move forward and have everything you seek to be in your reach. The question about “What motivates you?” rises. Hee-Jin revealed that its music that keeps her going. While Ha Seul and Yeo Jin talked about ‘love’ being their greatest motivation to do anything in their life. Hyun Jin revealed how cheering is what keeps her going. Kim Lip talked about imagination being her biggest motivation and helping her grow.

Vivi talked about dreams, and Jin Soul talked about the expectations people and especially their fans have for them is what keeps her going. Choerry revealed that she works for the rewards at the end of the tasks. While Yives talked about how the messages from her loved ones and the fans keep her going on. Talking about Hope, Chuu revealed that is the only reason she wants to become a better person and keep going. Go Won talked about friendship being her biggest motivation, while Satisfaction remains the one and only for Olivia Hye.

The LOONA X Nike collab dropped the limited edition Women’s Nike Court Low Premium not long ago. In the collection, there are four variations of the shoes being promoted by the girls. The design is inspired by the classic basketball hook shot style, with a contemporary twist with a sparkling metallic finish. Out of which, three models are already out and probably out of stock. While the last model will be available soon.

The Court Vision Low Premiums are out for sale and are available in two colors; Black and Creme White. And are perfect for people who want to take in the chase of modern games and cherish the classic basketball style of the ’80s. While Court Vision Alta LTR’s black model is already in the stores. The White Court Vision Alta LTR will be arriving in the market soon. Along with the Court Visions, the fans also get an original NIKEXLOONA sticker for their SNS and Instagram posts.

The Fan Campaigns For LOONA X ABC Mart and Nike

Quoting the campaign line, “Who Said The Was Not Meant To Fly” from the retro Nike poster, a fan-made poster featuring the members of LOONA has been going viral on Twitter. The fan-made poster is so well designed that many mistook the poster to be an original campaign. While different variations of the posters and fan edits of girls dancing and fangirling over Nike are circulated. The fans are already posting about how much they love the new collection and boasting their merch on the internet. The hashtag “LOONAXNIKE” is trending on stan Twitter, the fans calling it their best Christmas gift.