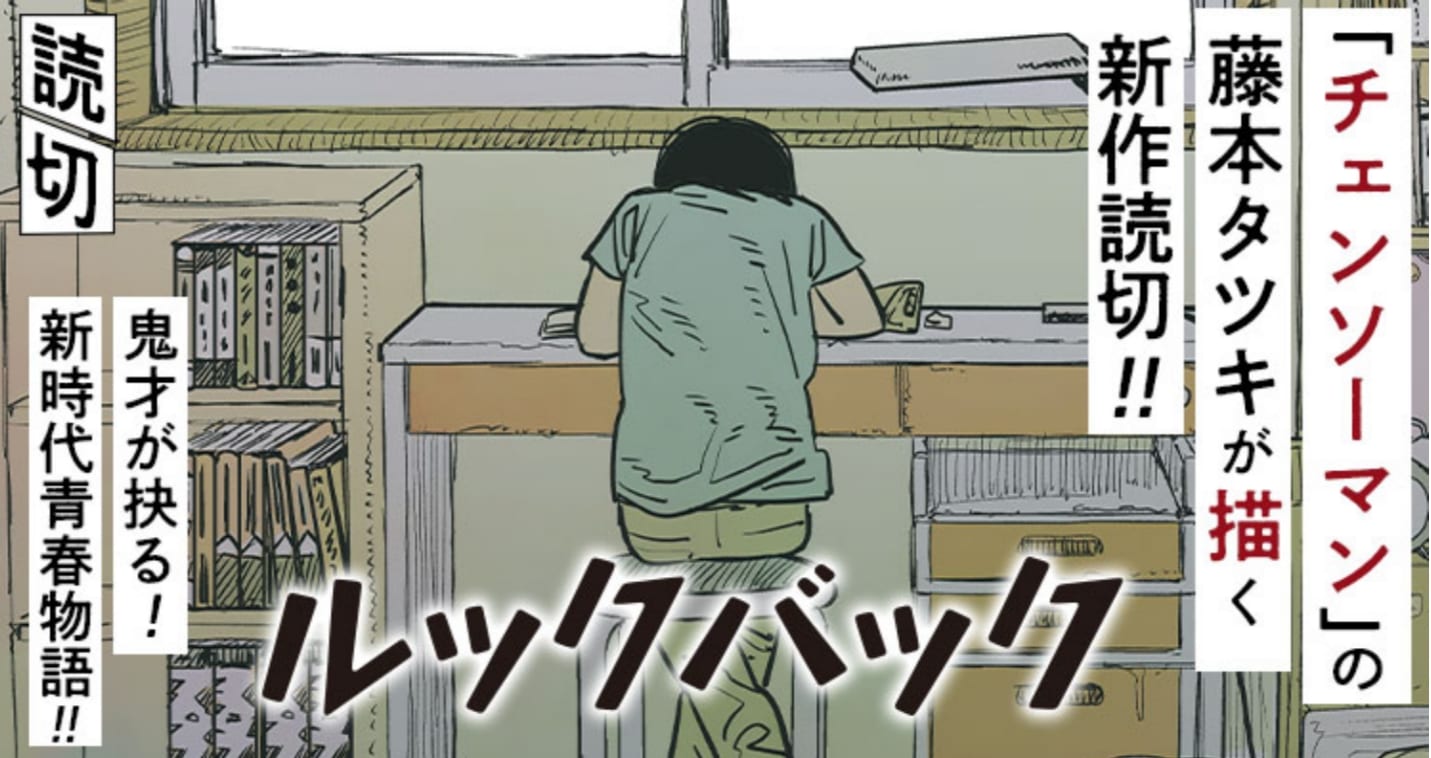 Look Back by Tatsuki Fujimoto.

The manga industry trembled last night after mangaka of Chainsaw Man, Tatsuki Fujimoto, returned with a new one-shot manga after months. The manga received an enormous response from fans worldwide. This new one-shot manga by the Chainsaw Man mangaka is titled “Look Back.” In its 143 pages, we come across his genius skills as a mangaka. It has barely been 24 hours since the manga’s release, and the world around us is already echoing with praises for the mangaka and his newest work. The story has left its readers surrounded by deep and startling emotions that perhaps one did not even think they were capable of feeling.  Fujimoto has long been on a break. Fans of his renowned manga, Chainsaw Man, have been questioning when the manga’s second part will be released. However, the mangaka surprised everyone by releasing a one-shot instead that left us all speechless.

Look Back resonates with many people’s way of life, although it focuses primarily on people associated with manga writing. Even so, one cannot deny the relatable angles of the story as it depicts loss, passion for things we love, and the reality of life. The new one-shot by the mangaka of Chainsaw Man is no less than brilliance spread clear on a white paper. Tatsuki Fujimoto has reflected many of his previous works in Look Back. Additionally, he has also paid homage to the tragedy of the Kyoto Animation arson that occurred in 2019. Fusing so many details, Fujimoto’s manga tells its story in the simplest manner all the while touching the hearts of many.

Here is everything we know about the new one-shot manga by the Chainsaw Man mangaka, Look Back.

“A new era of youth reading through the times.”

Fujino is a fourth-grader who serializes a four-frame manga in a class newspaper. She has always been praised by her classmates and whoever comes across her manga. However, one day, she is shocked to see the manga drawn by her classmate, Kyomoto, who refuses to attend school. The story revolves around the two as they grow up to debut as manga artists.

Look Back, Special One-Shot: A huge 140+ page one-shot from Tatsuki Fujimoto, the creator of Chainsaw Man! When two students aspire to become manga artists, the paths they choose change their lives forever. Read it FREE from the official source! https://t.co/ZQIxXK2KFZ pic.twitter.com/XFJu6aXQpJ

The story of Look Back has a very personal setting. Some of its events, the locations, and even the names of the two main characters seem to have a lot of connection with the personal life of Tatsuki Fujimoto. Fujimoto had achieved many awards even before his fame skyrocketed through his manga Chainsaw Man. Like the girls in the story, he began writing manga at a young age and received awards for his one-shots (his first one-shot being published at the age of 17). It is worth wondering if his personal touch is the reason why the story pours with honest emotions.

The two main characters of the one-shot, Fujino, and Kyomoto, showcase the two sides of a person, or in the context of the story, a mangaka. Fujino is a dedicated writer. She is loyal to her readers, completing her work in time. Her emotions towards her manga are that of a dutiful servant. Kyomoto, on the other hand, is shy and timid, but her art is bright. She is passionate about her work and takes her time to create a masterpiece.

The art of the manga is quite typical of Fujimoto’s art style and very pleasant to the eye. Look Back is a refined work that must not be missed for its delicate build-up and outstanding finish. 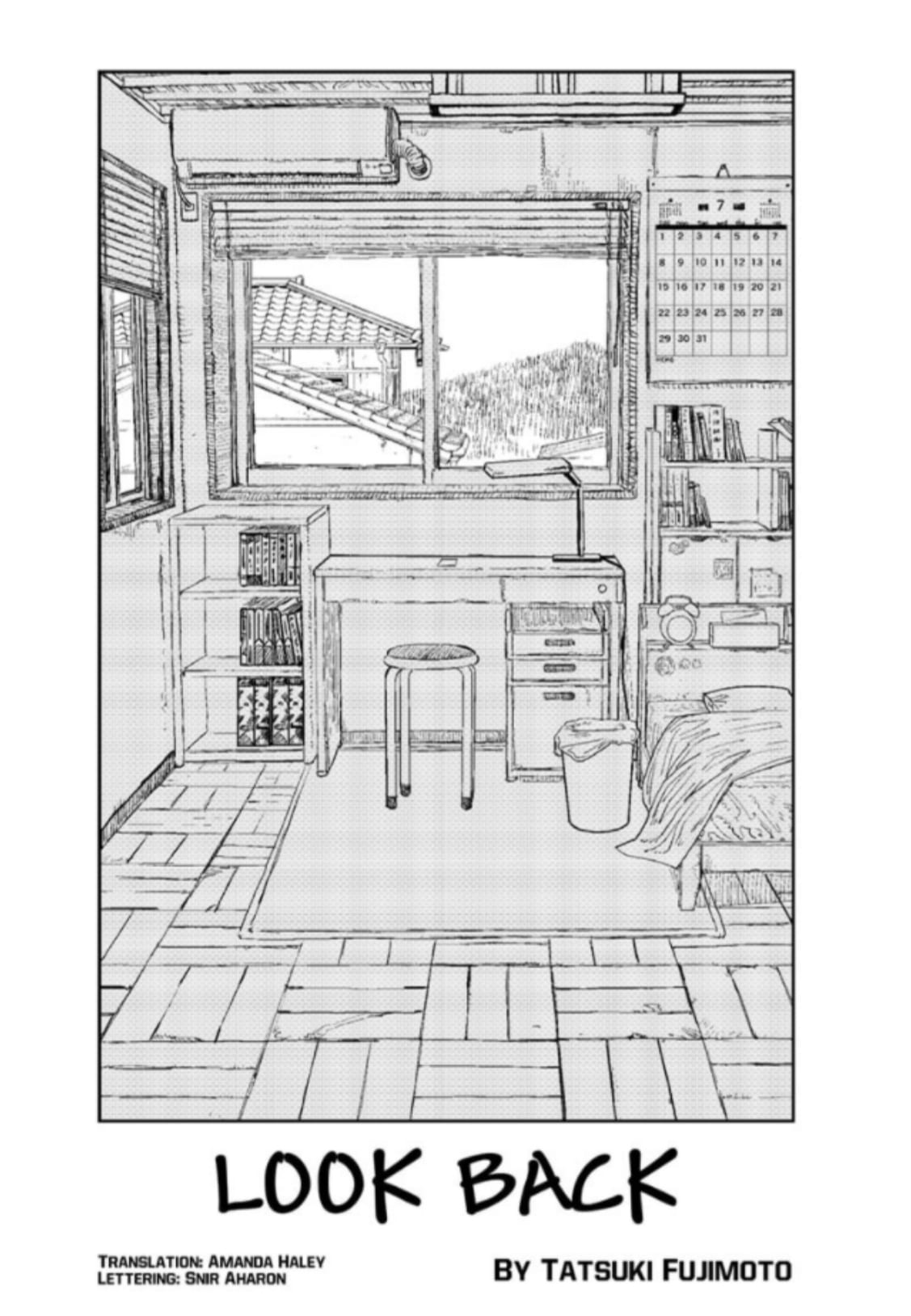 The manga was released around midnight (as per JST) on 19 July 2021. The manga was launched on Shueisha’s Jump+ app. Its English translations came out at the same time. Ever since its release, the manga took over the internet like a storm. Within 30 minutes of its release, Look Back was trending at number #2 on Twitter. However, this is not even the most startling part. In the next 24 hours, the manga has already gained about 1.2 million views by morning which rose to more than 2 million views by noon. The numbers are increasing at the moment as we speak.

It’s not just the views. Fans and big personalities have come forward to praise Tatsuki Fujimoto’s special one-shot manga. The manga has left a motivational impact on many readers, making them want to draw as they finished reading it.

Inio Asano, mangaka of Goodnight Punpun (yet another masterpiece), tweeted about an hour after the release of Look Back. In his tweet, he says that he has read something amazing. He also adds that he is speechless.

Another mangaka, Masakazu Ishiguro (writer and illustrator of SoreMachi) also took to Twitter to praise the one-shot. He says that this (Fujimoto’s) is the level of skill that can break people’s hearts and also adds that he feels thankful that he debuted before Tatsuki Fujimoto.

Yuki Suetsugu, mangaka of Chihayafuru, praises, saying that the manga was wonderful. The mangaka makes a remark that while non-fiction hits us, fiction saves us; while letting out a little spoiler in the tweet. She ended the tweet by saying that she needs to draw.

Movie Director Shinichiro Ueda admitted to crying from the depth of his heart. He comments that the manga makes everyone who makes things think that this is their own story. After seeing that last cut, everyone will definitely go to the desk, he says.

Other than the different manga writers, many other public figures have also made comments about Look Back. This includes businessman Takafumi Horie, Magic Lovely’s Crystal Noda, singer Nakamura Kaho, voice actor Shoya Chiba, and many more.

Where To Read Look Back?

Look Back is currently available for reading on Viz Media and Shueisha’s Manga Plus app. The manga can be read for free worldwide for a limited time.

Also Read: Orange Spin-Off Manga: Everything To Know About it