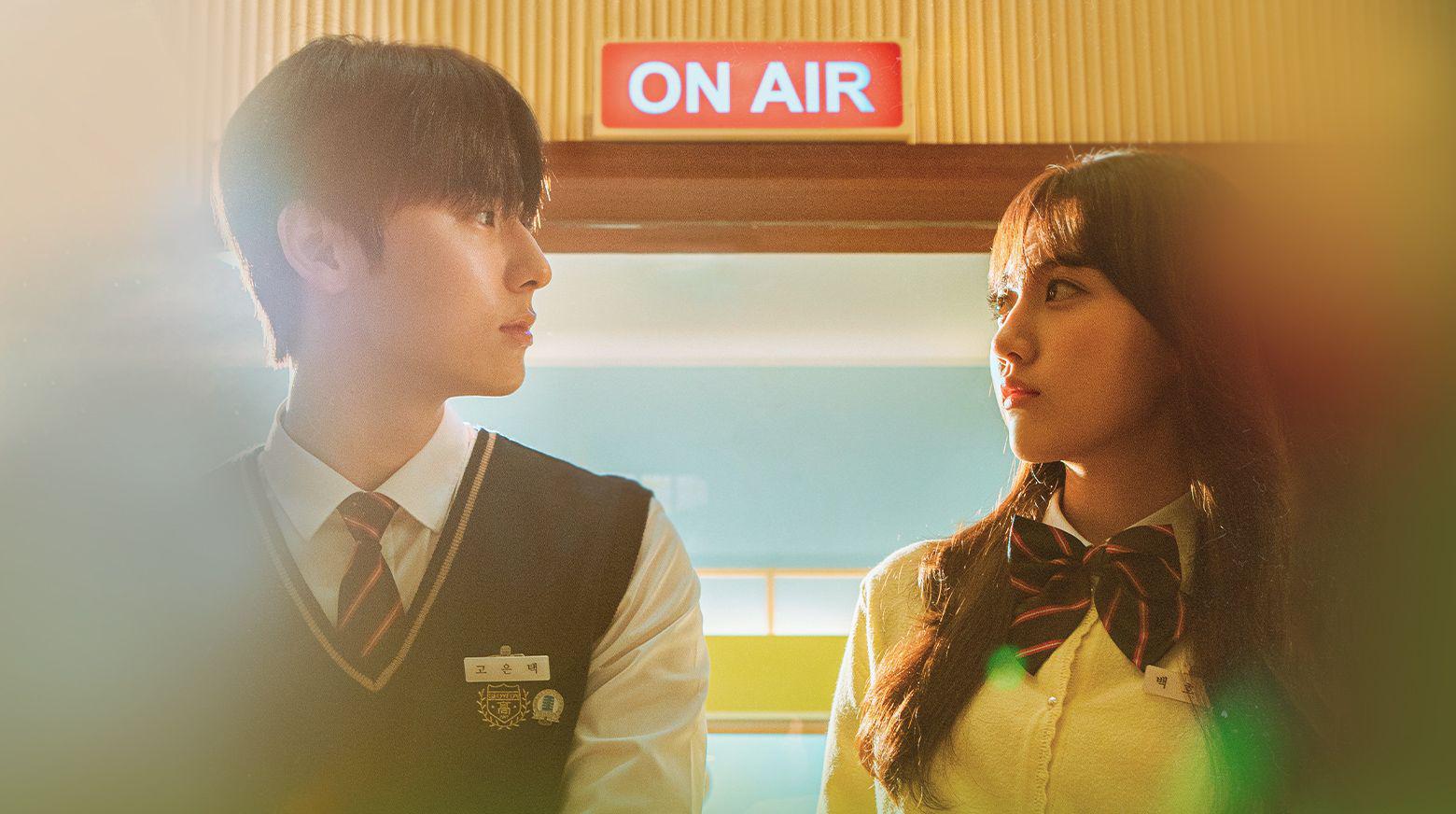 High school K-drama never goes out of fashion. Being one of the most controversial genres, dramas revolving around schools give a very interesting look at life. Sometimes nostalgic, sometimes shocked, and sometimes making you question your own school life. While there isn’t a shortage of high school k-dramas. JTBC’s 2020 K-drama “Live On” is one of the missed gems that went unnoticed by many fans. With a talented star cast and a captivating storyline, “Live On” follows a social media influencer and the head boy of the school broadcasting club. While an anonymous personality threatens the influencer, leaking a traumatic event from her life.

“Extracurricular”‘s Jung Da Bin takes the lead role, playing the popular girl Baek Ho Rang. She is mostly seen with Kim Yu Shin, her “best friend” as he follows her around most of the time, who is played by Victon’s ByungChan. Kpop group “NU’EST”‘s MinHyun plays Go Eun Taek, the strict head of the broadcasting club. He is usually accompanied by Do Woo Jae, played by Noh JongHyun, who is his best friend. Or by the fellow in charge of the broadcasting club, Ji So Hyun, played by Yang Hye Ji. MOMOLANDs YeonWoo plays the role of Kang Jae Yi, Do Woo Jae’s girlfriend. 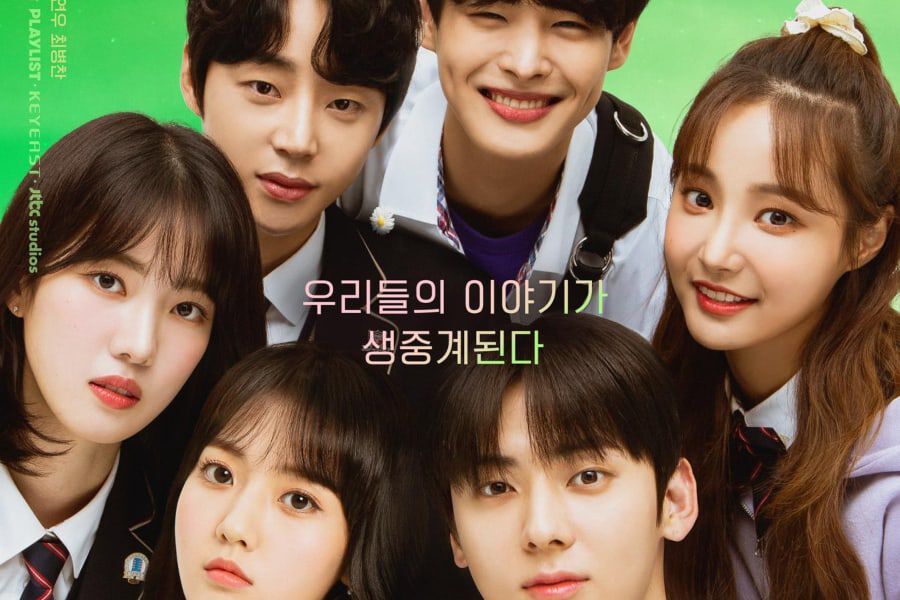 Live On K-drama: The Cast

Live On K-Drama: where To Watch It?

The K-drama “Live On” is available to watch on Rakuten Viki globally. Directed by Kim Sang Woo, and written by Bang Yoo-jung, the drama has eight episodes. The show starts on an interesting note where a major reveal is going to happen. As Baek Ho Rang is reading the anonymous stories during her broadcasting show at school, she gets a text telling her that the time has come. As she looks up from the screen, the phones of the crowd start buzzing with the secret of the popular girl out in front of the whole school.

How Did It All Start?

As Baek Ho Rang gets a birthday wish through the broadcasting show, she realizes that something is not right. She joins the broadcasting club of the school and does everything she can in order to find out who is behind all the chaos. As she gets to know, she’ll only get to read the scripted show but not the anonymous stories (from where the remainder of the angel cafe came from). She starts doing everything she can to impress Eun Taek to win the account. From cleaning the office floors, to sorting out cables. 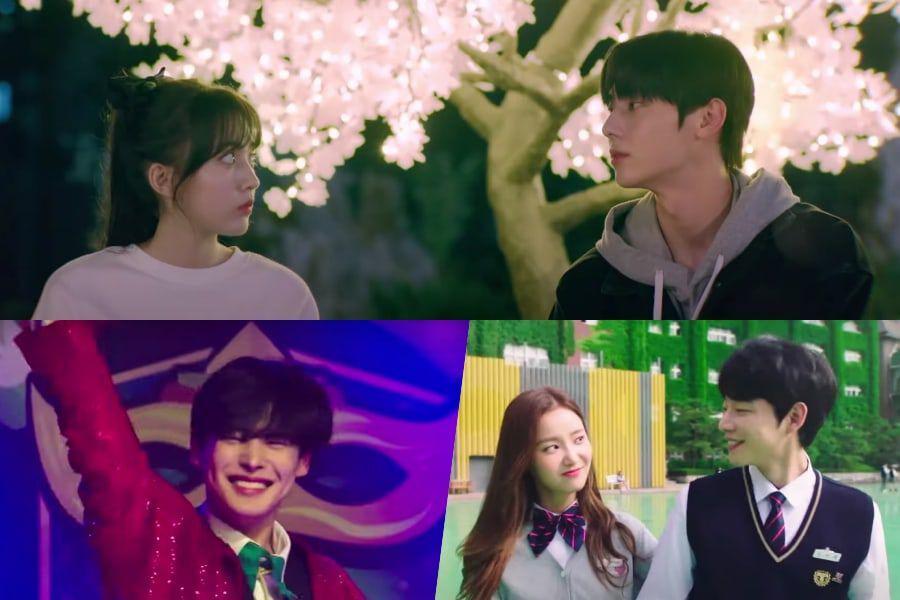 Impressed by her dedication. Eun Taek considers giving her the stories, but when he gets to know that she has been bribing the other members with gifts to get her work done. He calls her to the office, but she doesn’t come. But listening to one more story directed towards her, she barges into the studio and asks the sender to come out. And ends up getting fired from the club. But as they start talking outside the school and getting to know each other, the misunderstandings begin to get clearer.

Living up to its name, the K-Drama “Live On” uses the broadcasting office as the main prop for every big move. And making the characters and the viewers realize that life is like a broadcast without pause or rewind. The drama starts with a shock, but as it puts the time in reverse mode, the story becomes moving faster. We see the popular yet lonely Baek Ho Rang acting cold towards her classmates and other people who approach her. Always annoyed, it seems like she is taking her best friend for granted.

But by the time her hunt for the person who is going to reveal her secret makes progress, we see major character development in her. The girl, who always kept herself isolated from herself, started to make friends. Tried to clear the misunderstandings and learned to work with people. And even got her best friend Ji So Hyun back. We also see them grow into their relationships positively.