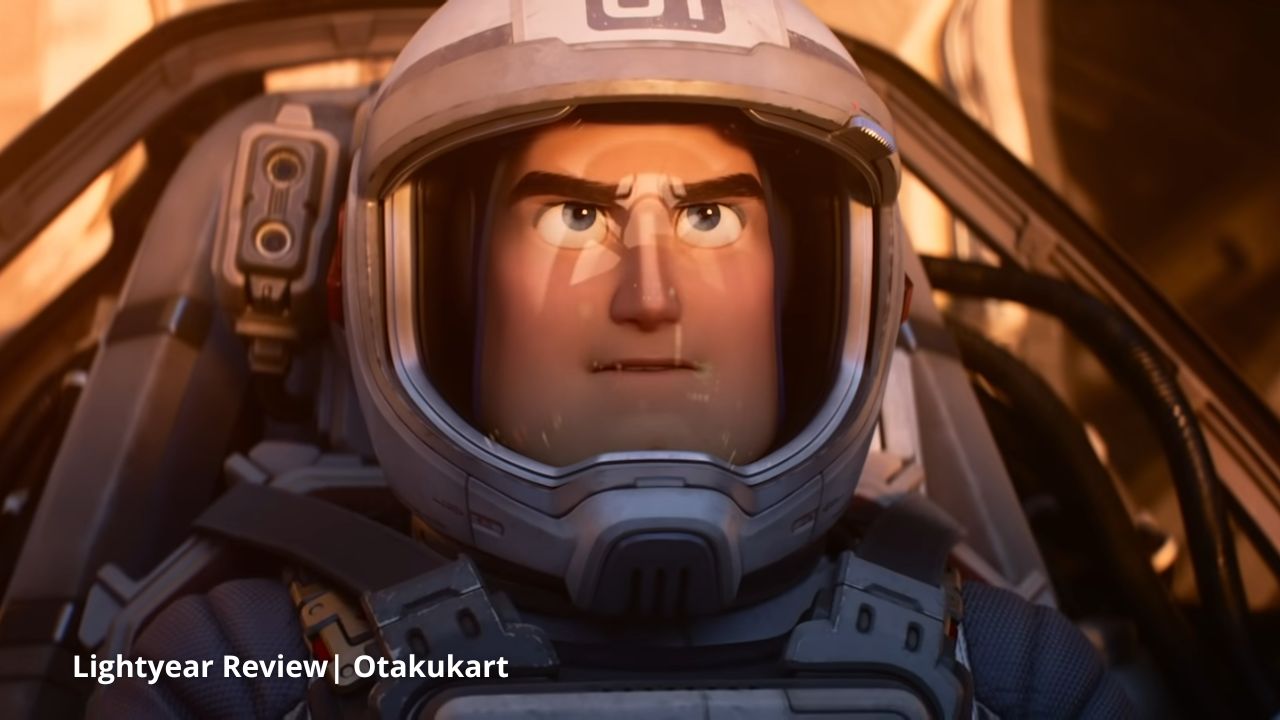 For more than two decades now, Toy Story has been one of the hearts of Pixar. It all began with the appearance of a new and coolest toy around in 1995 on Andy’s bed that formed the story of the very first movie. Buzz Lightyear believed he had his own story and mission to follow. Lightyear tells us about that mission, and here in our review, we are taking a look at how this story panned out.

Directed by Angus MacLane and Chris Evans, picking up the role of the titular character. Lightyear aimed to go back in time to tell us where the toy originated from. Plus, why every kid from the 1990s of Toy Story universe was obsessed with it. So let’s take a quick look at the plot of the film, and then we will break down the good and bad aspects of the film.

So coming in a circle, Lightyear is the movie Andy saw in 1995. The movie encouraged him to ask for a Buzz Lightyear toy. Eventually, he got Buzz as a birthday gift from his mother in the first Toy Story film. Lightyear as a movie follows Buzz as the Galactic Ranger in Star Command. Buzz, his best friend Alisha Hawthorne, and their entire crew find themselves trapped on the planet called Tikana Prime.

Hoping to get everyone back home safely, Buzz spends time fixing their ship using a key component called hyperspace fuel. Every travel using the hyperspace fuel sees Buzz traveling through time four years ahead into the future. Will Buzz bring his crew back home safely or get trapped in time forever? With the threat of Emperor Zurg lurking in the dark, Buzz has a lot upon his shoulders to deal with.

When everyone first saw Lightyear, all came to the conclusion that this is the origin story of the beloved Toy Story character. But Lightyear is far from being an origin story. It works more or less as a story picked up from Buzz’s space career.

Now looking at this movie. Buzz as a character retains all the qualities he had as a toy in the Toy Story series. The qualities he had before he realized he is a toy. Buzz is brave and determined but at the same time a bit egoistic and obsessed with success. He doesn’t want to fail in the mission he is assigned to.

The same obsession with success forms the film’s plot and core emotion. In the past, emotional storylines in Pixar movies like Soul and Toy Story 4 played a huge part. This time around though, instead of focusing around making the audience feel, Lightyear wants the audience to just enjoy the sci-fi drama going around.

Talking about time travel in the film now. It plays an important part in Buzz’s character development. From obsessing over success to Buzz realizing how failures should be accepted as a part of life is what the movie tries to answer. Lightyear also sheds light on Buzz’s friendship with Alisha Hawthrone, which plays a central part in Buzz’s change of heart.

Overall, Lightyear is a decent Pixar watch that you may not revisit time and again like the other Toy Story films. It’s not a film that hits all the right notes and is impressive. It doesn’t even try to be that. Probably because it originates from 1995 before all of the Toy Story came into play. Toy Story, on its side, was still in the process of winning hearts at that time.

With that, Lightyear also paves the way for the backstory of other Toy Story characters. We already know that Woody had a TV show that made him popular, as we saw in Toy Story 2. But we don’t know much about other key characters who may have their own story to tell.