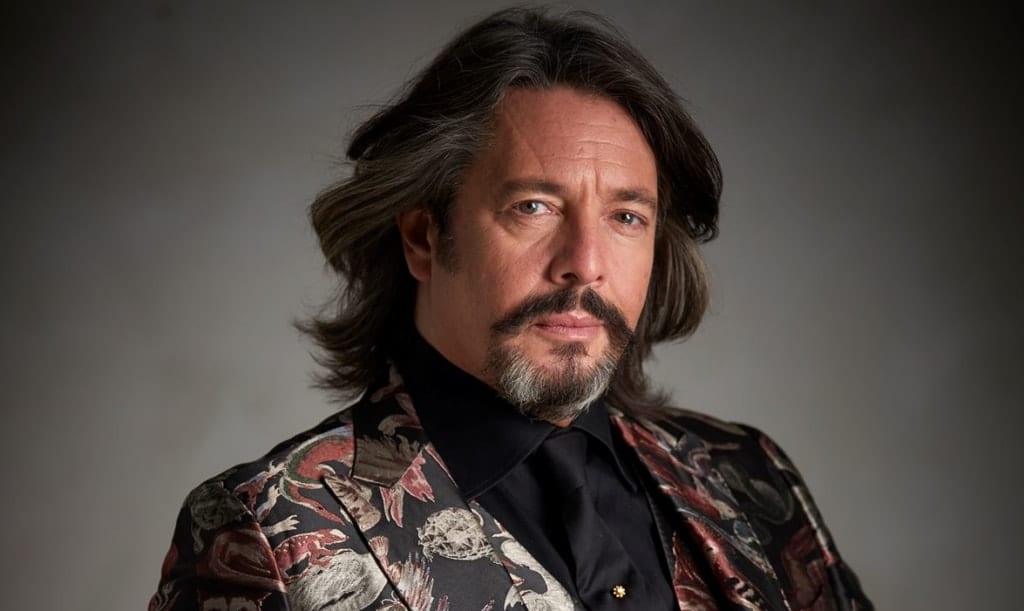 People have seen popular homestyle consultant Laurence Llewelyn-Bowen on the hit BBC show Changing Rooms. Bowen was also a part of the ITV reality series Popstar to Operastar as a judge back in 2010. Bowen is known for his meticulous ideas as it has transformed several houses and fans were all in awe to see the transformation. The program went on to become a huge hit back in the 1990s as Bowen was on our television screens giving a pleasant shock to all the unprepared homeowners. Bowen is reportedly going to be the only Changing Rooms cast member who is returning for the reboot, with Davina McCall taking over from the original host Carol Smillie of the show.

Bowen made the big reveal of the new decor in their chosen room as it paved the way to the Channel 4 property program Changing Rooms becoming a huge hit over all these years. Lauren Bowen has been part of lifestyle television programs including Celebrity Painting Challenge, Instant Hotel, and Showhouse Showdown over the years. The interior designer once made a rather controversial statement after calling Meghan Markle’s fashion sense as dull.  Believe it or not but the man has planned parties for the late Princess Diana! The designing guru says that sophistication is a great asset when designing a child’s room, further explaining that it is rather important as children have a very receptive eye.

The interior design genius has managed to turn heads with his opulent style and love for maximalism. Believe it or not but the television personality owns a beautiful country retreat in the Cotswolds. He resides there with his wife Jackie. Laurence Llewelyn-Bowen has an estimated net worth of $10 million! 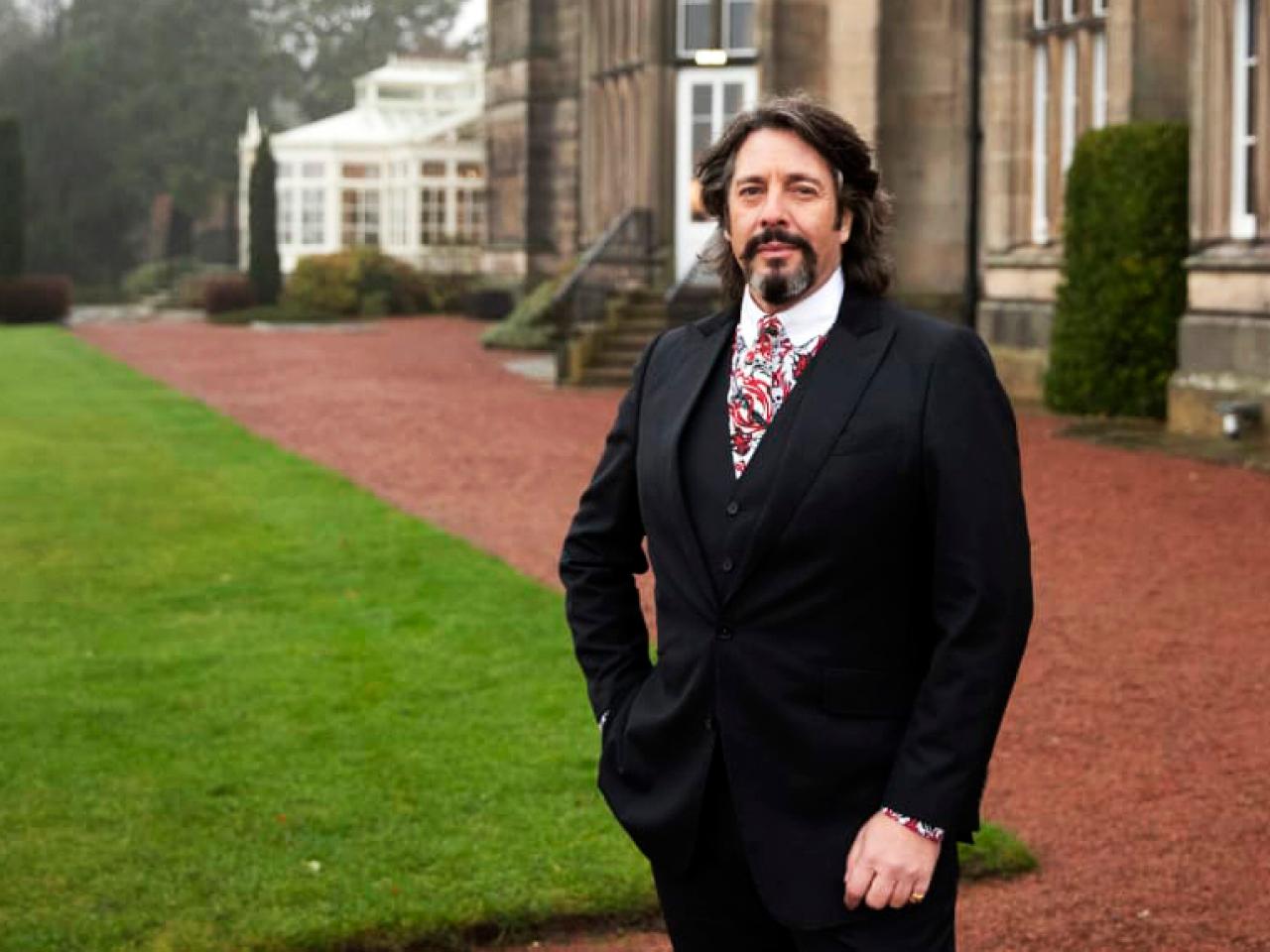 Lauren Llewelyn-Bowen has changed numerous houses and redecorates them mailed giving viewers some major goals when it comes to giving the house that much-needed touch of extravaganza! The Former  Changing Rooms Star has once revealed in an interview that he did not go in search of TV but it was either way round as TV found him. Bowen once jokingly revealed that despite his one-of-a-kind fashion sense, he is often mistaken as Foo Fighters frontman Dave Grohl and then with another character from Netflix hit series Bridgerton.

The interior designer, author, and television personality recently joined a campaign to restore one of Wales’ oldest homes situated in the Vale of Glamorgan. While talking about the campaign, Bowen explains that he was lucky enough to fall in love with Plas Llanmihangel over a decade ago. He filmed the age-old gothic glory for the BBC series Hidden Houses of Wales. Take a look at the grand art of designing in this Twitter post.

My absolutely Most Favourite Kitchenista Lindsey @creativechic2 has done the most spectacular kitchen for The County’s most glamorous Peeress ⁦@CotswoldLadyB⁩ it’s a Symphony in Symphonic blues… pic.twitter.com/DXS7ePoWDU

While talking about the building, Bowen explains that what captivates him is how the building has an element of a powerful time capsule. According to the popular renowned television personality, the building has the ability to take visitors back to so many different, extremely important. These moments defined the history of Wales and the rich history of the UK.

The Interior Decorating Star Opens Up About His Personal Life.

While the interior designing genius has taken over with his meticulous skills, not much is known about his personal life over the years. Bowen once revealed that he met his wife Jackie when they were just 19! The two were set on a blind date by a mutual friend. The two tied the knot in 1989. Believe it or not but Lauren Bowen confessed that his wife initially thought that he was gay! 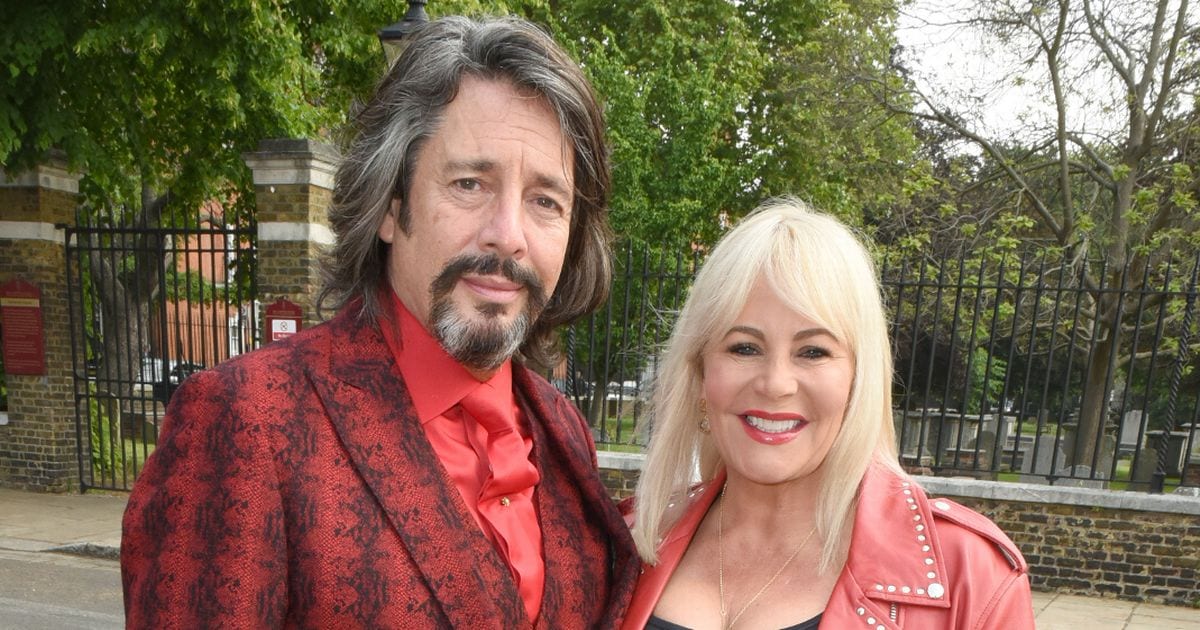 The two have been married for a long time and resides in the country house with their daughters, their partners, and their grandson. Lauren Bowen has said that his wife is his most prized possession. The celebrity interior designer thinks that his wife has Queen Anne like legs. However, their thirty years of marriage have not always been an easy journey! Lauren Bowen has admitted that their relationship has had tremendous highs and tremendous lows.