Son Hyun-woo, better known as Shownu, is one of the main leads of “Urban Myths.” He is a k-pop idol and leader of the South Korean boy group Monsta X. Shownu is very well known as the lead vocalist and main dancer of Monsta X, which debuted under Starship entertainment in 2015. It’s very interesting how Shownu got his name. He is a huge fan of Rain which inspired him to become an idol. The actor sang Rain’s Rain in the JYP entertainment audition and secured the first rank.

That is how the 29-year-old singer got his name. Show + New stands for aiming to show something new! Shownu is very popular and his fans are very much eager to watch his new movie as this is going to be the singer’s debut film.

Urban Myths is a new horror film, the trailer of which was released on 11th April. The comments section on Youtube was flooded with fans’ positive responses as to how they are curious about this movie. Meanwhile, Kim Hyun-Jung also known as Seola is also part of the main cast. She is a member of the South Korean-Chinese girl group WJSN under Starship Entertainment and Yuehua Entertainment. She is also very famous and Urban Myths is going to be the actor’s debut film. In this article, we’ll talk about the latest trailer of the Urban Myths and the star-studded cast.

The movie is divided into ten episodes. Each episode features an actor, faced with a horrific situation. The film is set in Seoul city of South Korea, portraying the urban Myths and everyday horror stories of that area. The trailer was divided into many multiple tiny scenes where the stars are shown scared out of their wits after seeing a ghost.

The synopsis of Urban Myths is that the movie deals with everyday horrors that can be easily encountered in familiar places around subjects like mannequins, secondhand furniture, mirror, social media, floors, etc. In different scenarios, discrete ghosts were seen, scaring the viewers. This movie will revolve around the actors tackling their situations. Urban Myths is an adult-rated movie due to the violence and profanity. However, this movie’s trailer made the netizens wonder about the suspenseful, omnibus thriller! 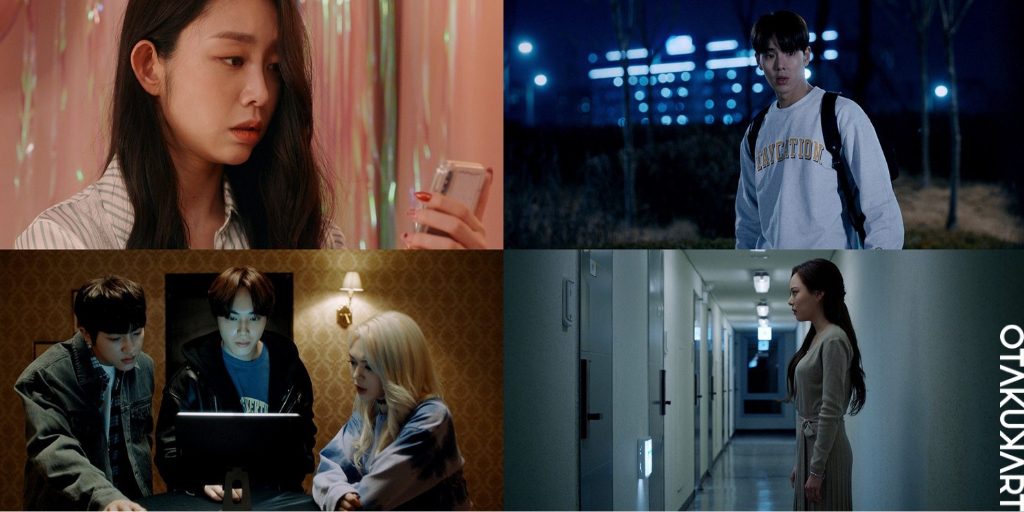 Shownu and Seola are part of the star-studded urban Myths:

There are a total of sixteen main leads who will be portrayed in the film as varied characters. The movie stars- Arin from Oh My Girl, a k-pop band, Shownu from Monsta X, and Ju Hak – Nyeon(The Boyz).  Lee Min-hyuk from BTOB, Bong Jae Hyun( Golden Child), and EXY from The Coup are also part of the main cast. Seola is also part of the cast. She is a member of WSJN and previously Seola starred in Goedam, a similar type of horror film. Lee Soo Min also makes up the main cast.

She was part of Tv shows and films like Dude In Me, Work Later Drink Now, and The King’s Affection. Lee Yeol Eum who was part of famous dramas and films like nevertheless, touch, and emergency declaration, also plays a role in Urban Myths. Seo Jisoo, a member of LOVELYZ and Alexa also plays a part in the movie. Kim Do Yoon from hellbound and peninsula is also part of the film. The movie also includes Hoya, Oh Ryoong, and Lee Young Jin as members of the main cast. Jung Won Chang who previously starred in the popular k-drama Uncanny Encounter is also part of the main cast.

Urban Myth Release Date And Where To Watch:

The movie is all set to release on the 27th of April, 2022. Fans are excited about this new film. Moreover, Urban Myths will mark the debut of several k-pop idols who make up the main cast.

The film is divided into ten episodes, each telling a unique story with separate titles such as The Closet, Ghost Marriage, Necromancy, A Mannequin, The Wall, The Women In Red, Escape Games, Tunnel, Tooth Worms, and Girl In The Mirror.