After King Woo's surprise attack, conflicts among the Lee family members grew. Whereas one wants King Woo's blood, the other is waiting for the right time to take his throne! 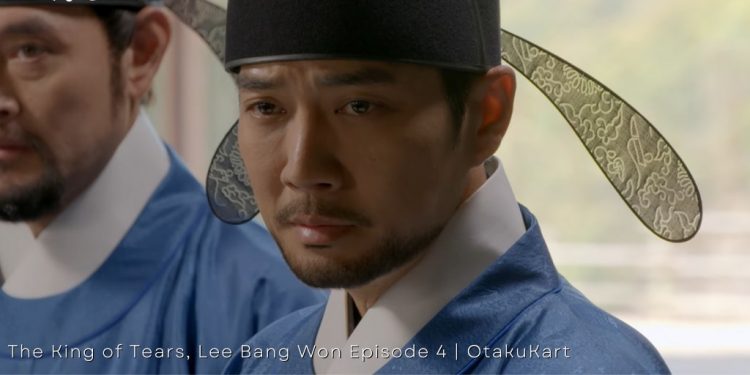 King of Tears, Lee Bang Won Episode 4 is coming this weekend, showing the aftermath of the war between the powerful family! The period drama has portrayed the cruel politics of royals and merciless aristocrats. The latest episodes show the background occurring before that historical moment takes place. It is necessary to understand the past stories of Lee Bang Won before we meet King Taejong the Great. There are numerous pieces of work done on the historical figure Lee Bang Won. Each of them has conveyed different shades of his saga. Therefore, it will be interesting to watch how KBS1 portrays Lee Bang Won in this period political thriller drama!

The kdrama has given such great insight into Lee Bang Won’s family. Living with such a large family is not an easy thing, especially during the era when one brother kills the other for victory! Of course, the firm pillar of the Lee family is the head, Lee Seong Gye, who connects all members and weaves them in a strong thread. However, disputes have been to take place among the Lee brothers. One brother boils in revenge while the other is envious. How will Lee Seong Gye control the surge of internal family issues? Will the Lee brother stay together while King Woo schemes against them? Or will they part away, giving King Woo a chance to break down the whole family? Find out how the Lee family and King Woo face each other in the upcoming King of Tears, Lee Bang Won Episode 4!

King of Tears, Lee Bang Won Episode 4 will be released on 19 December 2021 at 9.40 pm KST on the KBS1 channel. The drama is scheduled for 32 episodes. Therefore, we have a long way to go and discover so much about the great historical figure Lee Bang Won! The recent episodes have given a glimpse of the intense battle we will see in the upcoming episodes. Lee Bang Won is ready to take a sword and fight for his family. However, his father, Lee Seong Gye, has a different plan. But when the trouble knocks on the door, what will Lee Bang Won choose? Will he follow his father’s command? Or break it to protect his loved ones? Every new episode of ‘King of Tears, Lee Bang Won’ Korean drama drops on Saturday and Sunday. Each episode broadcasts for 60 minutes.

What To Expect In Episode 4?

With the war breaking among the powerful family, the upcoming King of Tears, Lee Bang Won Episode 4 will be more intense! The aftermath of King Woo’s scheme will create a rift among the Lee family members, where everyone holds different perspectives. We have already seen a glimpse of the brother war in Episode 2 and how intense it gets. Therefore, it will be thrilling to witness such veteran actors delivering those great historical figures. The drama has shown that Lee Seong Gye wants a separate path filled with happiness for Lee Bang Won. However, Lee Bang Won wants to assist his father like his other brothers. Therefore in the upcoming episode, we will see a new shade of the gentle, unpretentious Lee Bang Won.

Furthermore, there is another problem coming towards them. The danger of King Woo still lurking over them. It will be too early to declare their victory. Because they will have to get ready for more political wars, which will not only take outside but also inside the family! Overall, King of Tears, Lee Bang Won Episode 4 will lead the story towards its main plotline, which we all have been waiting for!