Kevin Jonas’ Net Worth: How Much Does The American Musician Make?

Kevin Jonas had made his career as an actor, singer, songwriter, and entrepreneur. 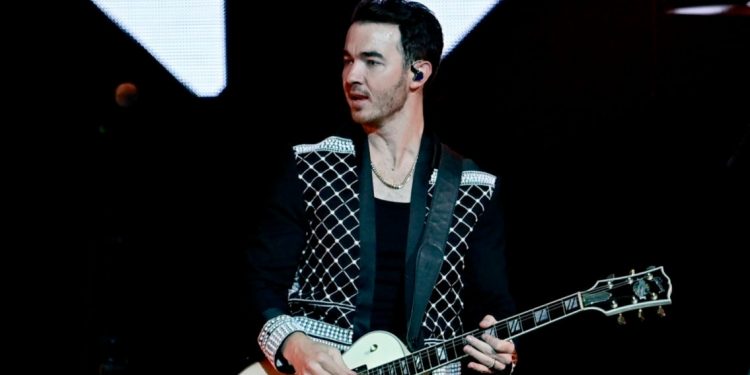 Paul Kevin Jonas II, who is better known as Kevin Jonas, is a famous American musician. People are nowadays speculating about his earnings and spendings. What is Kevin Jonas’ Net worth? Kevin Jonas was welcomed by his parents on November 5, 1987, in Teaneck, New Jersey, and grew up near Wyckoff. His mother named Denise Marie Miller, is a singer as well as a sign language teacher. And, his father named Paul Kevin Jonas Sr., a former preacher and ordained minister, is also a musician and songwriter.

Kevin has three younger brothers, namely Joe (who was born in 1989), Nick (who was born in 1992), and Frankie (who was born in 2000). He rose to fame by performing along with his two brothers, Joe and Nick Jonas, in the highly successful and ever-changing pop-rock band “Jonas Brothers.” The band has Kevin as the lead guitarist, who also contributes backing vocals and mandolin. The Jonas brothers plan to publish a biography titled “Blood” soon. Kevin and his brothers released their debut studio album “It’s About Time” in the year 2006, which was not a huge success.

Their second studio album, which was titled “Jonas Brothers,” was released in 2007, was a huge hit and allowed Kevin and the band to expand into the worlds of film and television. In 2012, when the band was on hold for a temporary period, Kevin Jonas appeared with his new wife Danielle in his own reality series “Married to Jonas.” In 2014, he also made his appearance in the Celebrity Apprentice. He also founded a real estate development company called JonasWerner and is co-CEO of The Blu Market, a social media communications company.

Kevin Jonas earns an estimated net worth of around $40 million. He made most of this fortune as a member of the rock band Jonas Brothers. Kevin has also appeared in a number of films and television series. Besides music, Kevin Jonas is the founder of JonasWerner, a real estate development company. He is also co-CEO of The BLU Market, a communications company, and launched Yood, a food app, in 2015. Kevin Jonas worked on several of these businesses during the time when their band “Jonas Brothers” was on hold for a temporary period.

Also, Kevin Jonas has appeared in a number of films alongside his brothers, including Camp Rock and its sequels. The Jonas Brothers started their own short reality series titled Jonas Brothers: Living the Dream on the Disney Channel in May 2008. Kevin Jonas’ also owns a house. His new Jersey home has five bedrooms and six and a half bathrooms. The house is equipped with the Elan Smart Home system. Kevin also owns several cars, including a Lamborghini Gallardo, Audi R8, 64 Mustang, and a 2010 Chevy Camar.

Kevin Jonas had made his career as an actor, singer, songwriter, and entrepreneur. He became a famous and successful musician and a television film actor. In early 2005, Steve Greenberg, the president of Columbia Records, listened to a recording made by Kevin’s younger brother, Nick. Greenberg loved Nick’s voice, and after hearing a song sung by all the brothers, he decided to sign the trio as a band. Finally, the brothers agreed to keep the band’s name as Jonas Brothers. And, the brothers signed with Hollywood Records in February 2007. Around the same time, the band appeared in commercials and sang the jingle “Baby Bottle Pops.”

Kevin and his brothers also starred in Camp Rock, a Disney Channel TV film featuring Kevin Jason, the lead guitarist in a band called Connect 3. Kevin and his wife Danielle had also made their appearance together in an E! reality series titled Married to Jonas from August 2012 to May 2013. Kevin also starred in the seventh season of Celebrity Apprentice in the year 2014, but he was eliminated in the second episode. He also appeared in the 2014 episode of Real Housewives of New Jersey. He is the voice of the Cherub in the video game “Night at the Museum: Battle of the Smithsonian.”

Kevin Jonas was married to Danielle Deleasa, a former hairdresser, on December 19, 2009, at Oheka Castle, sponsored by his brothers Joe and Nick. The couple met in May 2007 while on vacation with their family in the Bahamas. The couple then got married after two years of being in a relationship. Later the couple welcomed their first child, a daughter whose name they kept Alena Rose Jonas, on February 2, 2014.

Later the couple announced via Instagram that they were expecting their second child. Their second daughter named Valentina Angelina Jonas, was welcomed by her parents on October 27, 2016. Shortly after their wedding, the couple took part in their own reality show, Married to Jonas, which aired on E! Network. And, the debut episode of the second season aired on May 26, 2013.